She's a looker and a dream. Really. Everywhere we went, and we visited more than a dozen RV parks and a smattering of state and national park campgrounds in the western U.S., people stopped and stared when we drove in. She was a conversation starter. Neighbor travelers, struggling to avoid coming off as too nosy, asked a few casual questions about how we liked it or said with a smile "Nice rig." Friends and family we stopped to see along the way, many of whom never even considered a trip like this, remarked, "Now THIS is a great way to travel. I could do THIS!" 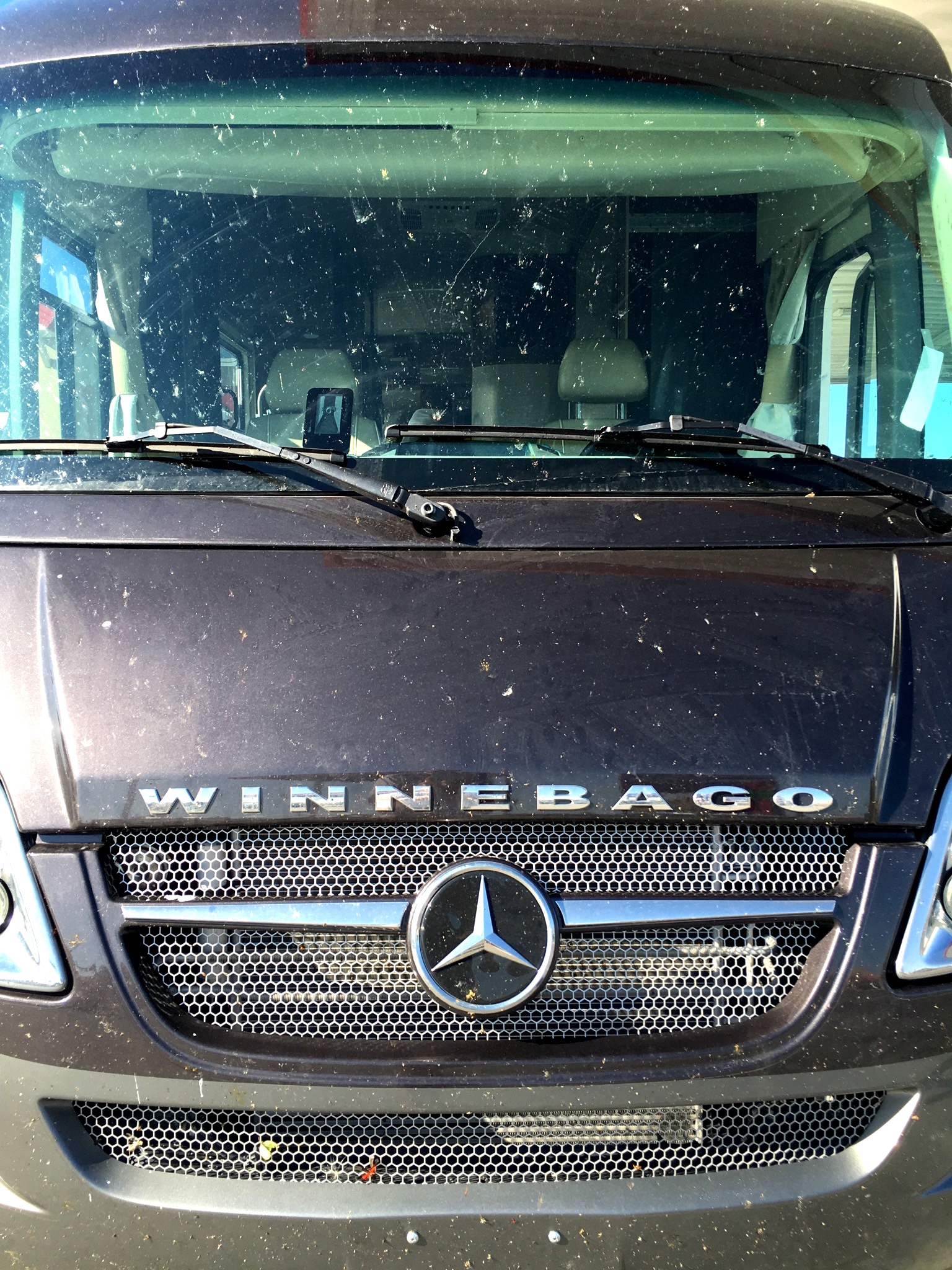 A well traveled and smiling Via.

And it's all in the details. Let's start with the Mercedes chassis (and the snazzy hood emblem). This bus, as we fondly referred to it on the trip, drove like a champ. Loaded up with all of our belongings, we could pull normal speeds on highways and rarely needed the slow lane on mountain passes (except in 117-degree heat when we thought it wise to be conservative). So much so that we heard a lot of "speed warnings" from the onboard computer system.

The combination of a solar powered battery, generator and propane gave us tremendous flexibility and freedom on the road. We didn't need hooks ups every night or even every couple/few nights. Admittedly, I was a little intimidated by these systems at first, but powering up or switching from one source to another required a mere press of a well-labeled button. You would have to work pretty hard to mess it up.

The size and length of the Via was also rather perfect for a family of four (especially with the more than adequate outside storage compartments), and would probably be even more luxurious for two. But because we traveled in the summer and spent lots of time outside the bus, I wouldn't have done it any other way. Side note: I'm more of a minimalist RVer. And the relatively short 25.5-foot length (I often likened it to the length of a truck and trailer) made it easy to drive and navigate. Due to her tidy size, we were also able to venture down a couple of more scenic, narrow roads otherwise closed to larger vehicles. Again, it's all in the details -- the side and rear view cameras and collision avoidance system were a big help!

Despite the smaller size and stature of the Via, there were several different -- and rather comfortable - options for sleeping. When we set off, my husband and I claimed the king size bed in the back and our kids each slept on the sleeper sofa and loft bed over the driver's cab. However, just a few days into the trip, the kids requested a night in the back, with the king converted into two singles, and called it their own. For the rest of the trip it was snuggle time in the loft for us, but it worked.

I could go on raving about the Via, but the last thing (or second to last thing) I'll say is the interior design was smart, especially the floors and smaller appointments like the lower lighting panels on the front of the beds and the bathroom fan and the windows, oh the windows -- one of my favorite features. I LOVED the ease of the screen/shade/or neither options and combinations. Super slick.

And although the Via was an attention-getter, especially in the Stormy Blue full body paint, which was unusual for an RV, this is my opportunity to advocate for the elimination of the wave and swoosh graphics that seem to be synonymous with RVs. They just doesn't do justice to the uber cool and cutting edge Winnebago details you find inside. When we began our search for a Winnebago, I initially fell in love with the Brave and Tribute models, which tastefully harkened back to the retro designs of the 50s. And while the Via demands something more mod for sure, I think there are lots of possibilities for stylish color and graphics that say we've been here all along, we know what you like and we'll take you into the future. 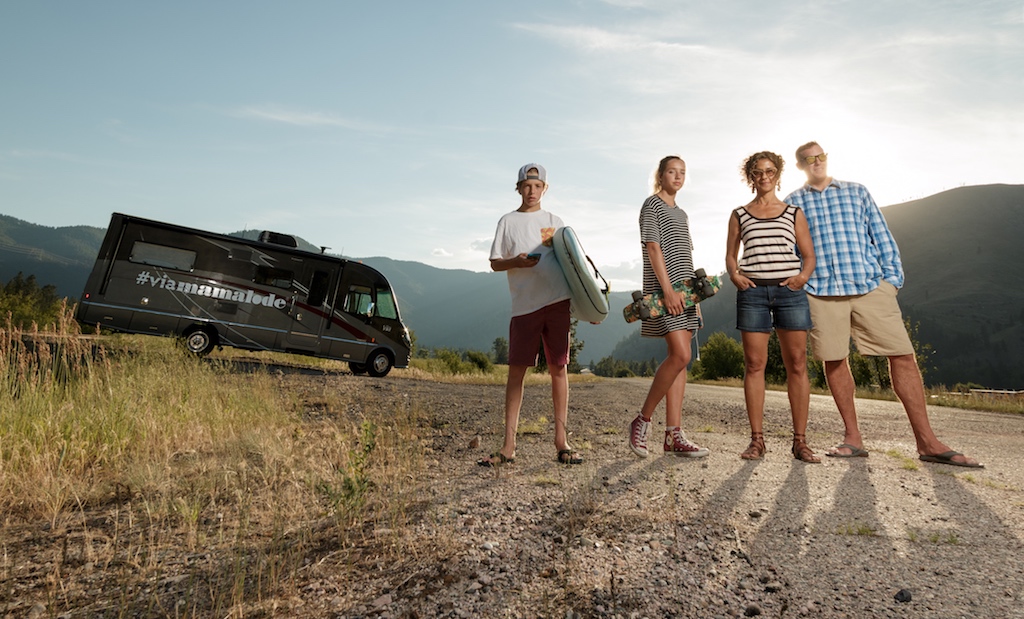 Dori and her husband Mike and two children, Matilda and Clarence, just completed a 4-week, 5,000 mile trip across the western U.S. in a Winnebago Via. She wrote about her experience for Winnebago Life and for her national audience of readers and writers at Mamalode -- "America's best parenting magazine." Dig up all her posts on Instagram @Mamalode #viaMamalode -- and start planning your trip.