Walking Off the War: The Story Behind Warrior Expeditions

At the Winnie B National Rally in Arizona this March, I had the honor and pleasure of sitting down with Sean Gobin and chatting over coffee and pastries about Warrior Expeditions, the organization he founded to assist veterans with PTSD through long-distance outdoor expeditions.

Gobin, a U.S. Marine Corps veteran who served 12 years and has been deployed to both Afghanistan and Iraq, hiked the Appalachian Trail in 2012. Normally, it takes about six months to hike the trail, but Gobin did it in about 4-1/2 months. For the uninitiated, the Appalachian Trail (or AT) extends from Georgia to Mt. Katahdin in Maine and is approximately 2,200 miles long.

At an early age, Gobin, now 43, learned to love camping, hiking, and the outdoors. His family owned a Minnie Winnie and often visited National Parks. He had long wanted to hike the AT. Inspired by Earl Shaffer, a World War II veteran who in 1948 told friends he was going to "walk off the war" and who became the first person to hike the entire AT, Gobin tackled the formidable trail after he left the Marines and before he entered graduate school.

He admits he made "every mistake possible" in the first three days. But, once he switched out some of his gear and his body healed during the first month, the mental benefits of being on the trail kicked in for him and he saw a real potential for it to help other veterans. But that experience wasn't the end of Gobin's connection with the AT. It was just the beginning. Soon after he finished his hike, the Appalachian Trail Conservancy Board reached out to Gobin to set up an outreach program for veterans. Together they launched Warrior Expeditions. 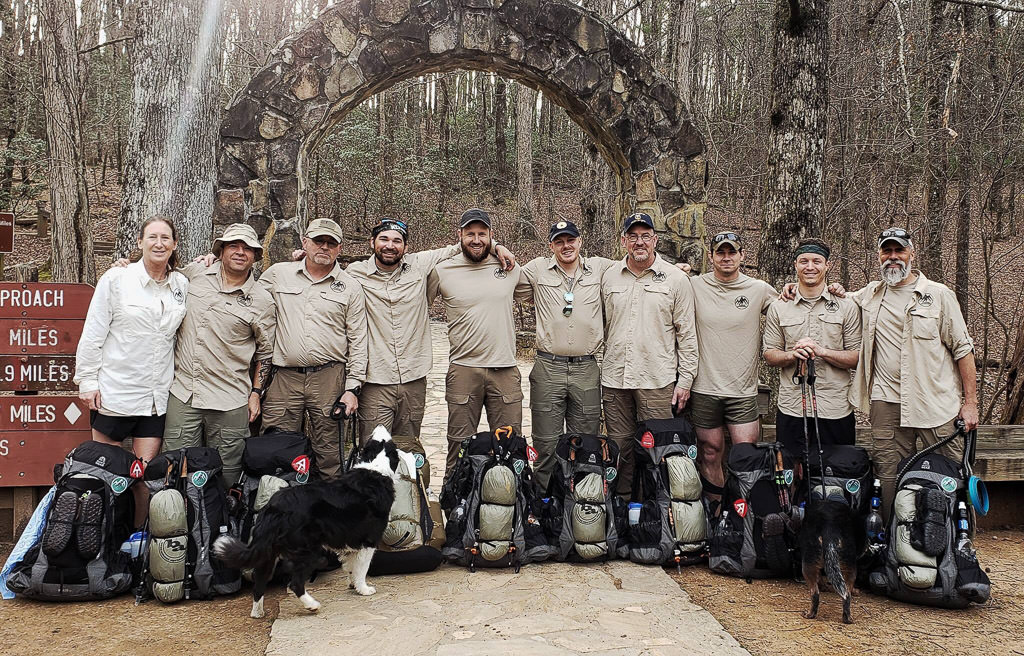 Warrior Expeditions relies on corporate and individual donations. Donors provide the gear, food, and all other aspects of the program. There is no cost to the veterans who are selected for the program. In 2015, Gobin received the CNN Hero Award. The publicity and recognition of that award brought in enough money to fund Warrior Expeditions for two and a half years. In 2019, the organization received a $70,000 grant from Veterans Affairs.

Base camp for Warrior Expeditions is a 2015 Winnebago Travato 59G, in the original tan color. Gobin travels in the Travato to events with his dog Mocha as his companion. Shortly after the original cargo truck broke down in Wisconsin, a regular donor from Texas called Gobin. Citing an excellent business year, the donor asked Gobin what he needed. Gobin told him about the Travato and the donor bought it for the organization. The group has no physical office, keeping their overhead low. The board and staff (which includes two psychiatrists) work out of their homes. The organization is run lean. Gobin is very proud of his team and on getting the right people for the organization. He says they are all problem solvers who can work independently. 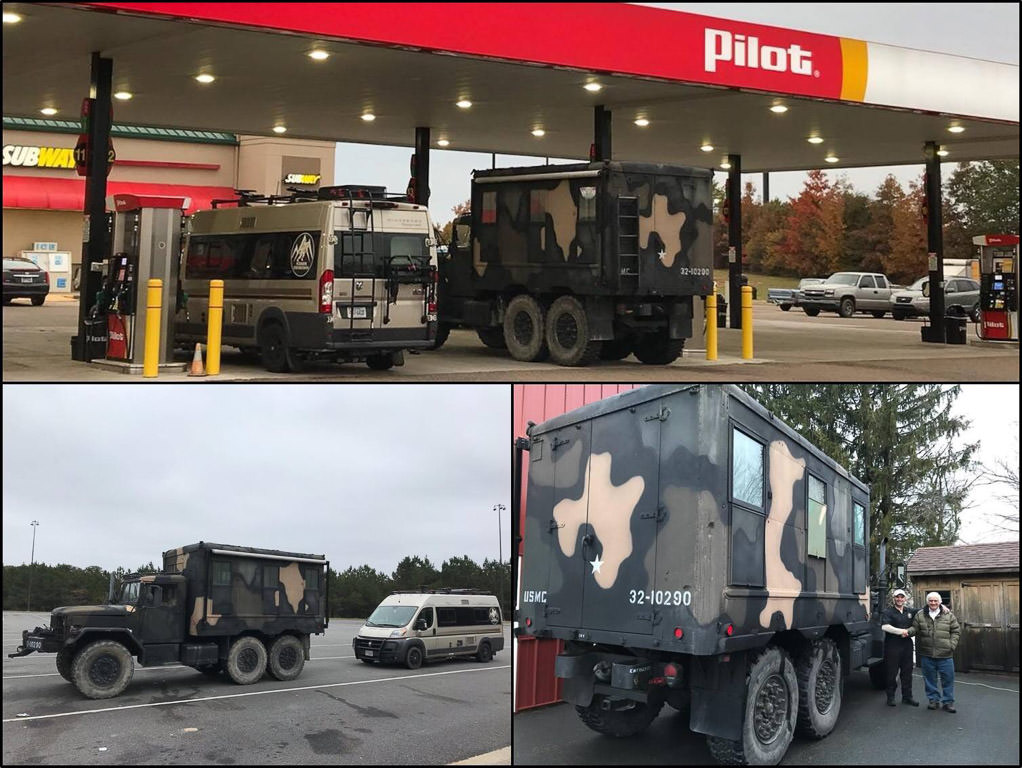 Photo provided by Sean Gobin of the prior support vehicle and the Travato they now use.

I was very impressed by the process Warrior Expeditions uses to choose the participants of the program. Every year they receive 400 applications, but only choose 40 for each trip. Applicants go through a three-part vetting process consisting of 1) the application; 2) completing a survey based on the Army Rangers Resiliency Survey; and 3) an interview. Of those chosen, there is an 87-90% success rate. Most who wash out do so from injuries. Women make up about 20% of the participants. The same demographics as in the military.

Gobin has no plans on growing the number of participants. He wants to keep it small and tight to maintain the quality. Applicants generally learn about the program through word of mouth. Applicants not chosen are linked with Outward Bound, which is free to veterans. One of Gobin's future goals is to build a networking platform for smaller trips and to make a series of videos to show those not chosen and others how to set up such trips on their own. 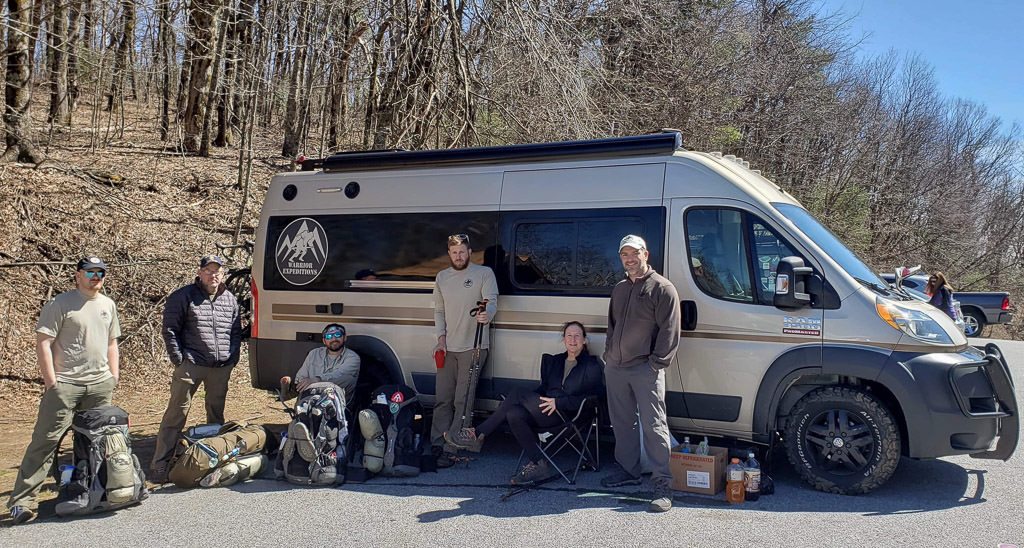 When asked how hiking the AT can change these veterans and help them return to their civilian lives, Gobin was very specific. He calls combining nature with fellow veterans and community support the "magic recipe" for success. Hiking 8-10 hours a day stabilizes a participant's physical well-being. They often go from sedentary to active, lose weight, and learn to deal with emotional issues instead of bottling them up. They hike the trail with other veterans, providing support for each other. Gobin called the therapeutic process organic, rather than a forced group therapy situation. He refers to thru-hiking, the process of hiking a very long trail such as the AT from beginning to end, as a mini life cycle. It gives the participants a mission and sense of purpose, along with camaraderie. The hike helps them relearn coping skills to make a successful transition.

Warrior Expedition participants also receive psychological and educational emails, including coping strategies, once a week. Along the trail are volunteers who offer food, lodging, and positive reinforcement. Many of these volunteers are former veterans, including Viet Nam veterans, who are eager to assist these hikers and find it cathartic for themselves.

After the completion of the AT, participants are allowed to keep their gear and often go on to use the outdoors as a coping strategy. They often buy RVs, go camping, and change their lifestyles to deal with trauma. 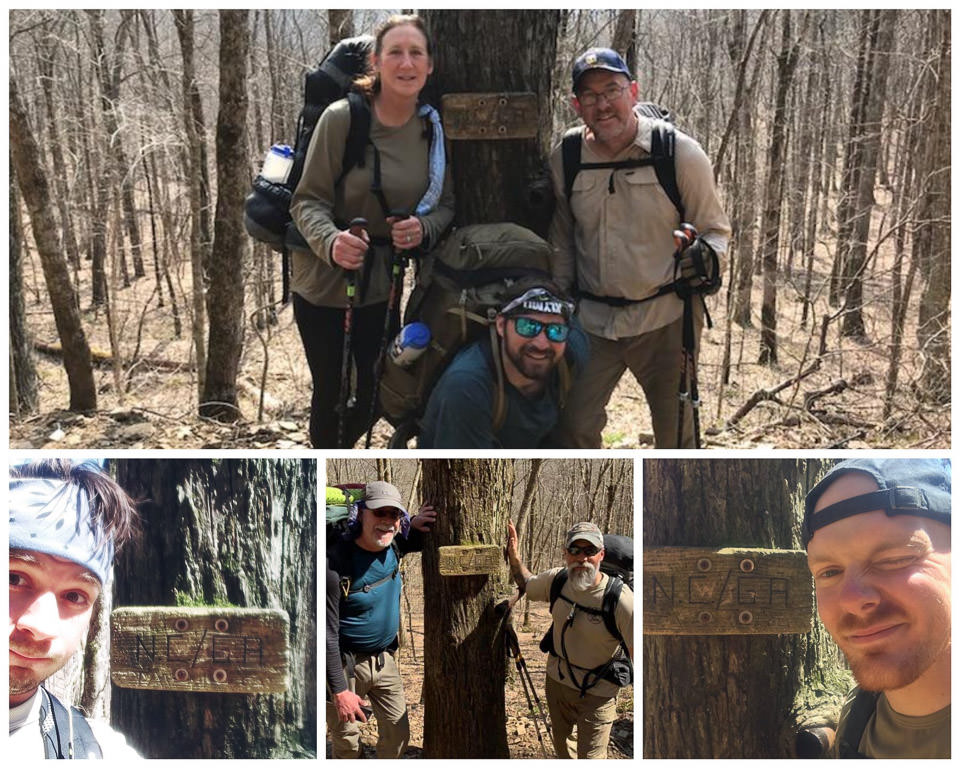 At the end of this wonderful and educational interview, I asked Gobin what the public can do to help Warrior Expeditions. He said if anyone knows a veteran who is hurting and in need of their program, refer them to Warrior Expeditions. Also donate, volunteer, and spread the word. Find more information at warriorexpeditions.org.

Every Veterans Day weekend, Warrior Expeditions sponsors a three-day reunion hike on the C&O Canal Park Trail, from Maryland to Washington, DC, which ends at the Veterans Memorial with a reception and barbecue. This is their biggest annual fundraiser. The public can also join in on the last day's six-mile hike. For more on this event and what it is like to volunteer, read this great article by fellow Travato owner Jenny Van Atta. 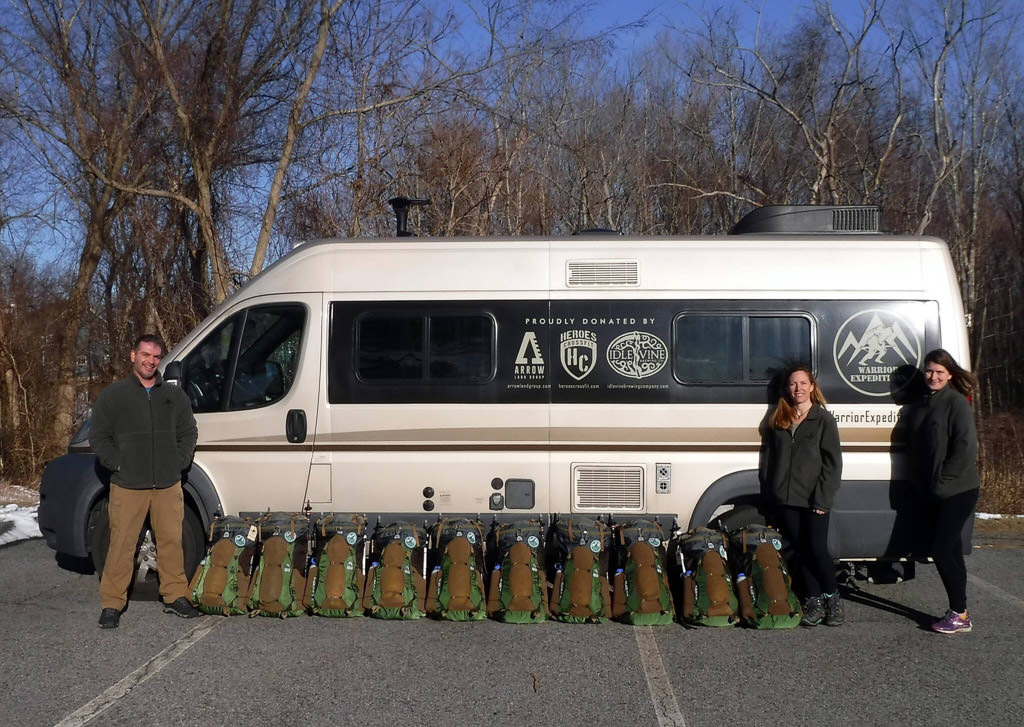 I must say, this was perhaps the most enjoyable and educational coffee hour I've ever experienced. Thank you, Sean Gobin, for your service, both in the Marines and now.