Meetup With a Meaning: Travato Owners Give Back

At GNR this year, I was sitting around with some fellow van owners talking about ways we could incorporate some charity work or a way to give back while meeting up with our RV friends. One of our fellow Travato van owners, Sean Gobin, runs a charity called Warrior Expeditions and an opportunity presented itself this fall to support him. Warrior Expeditions had their second annual reunion hike scheduled over Veterans Day weekend and I put the word out to some fellow Travato owners to organize a crew to support the vets along their hike. Several people stepped up to lend a hand. 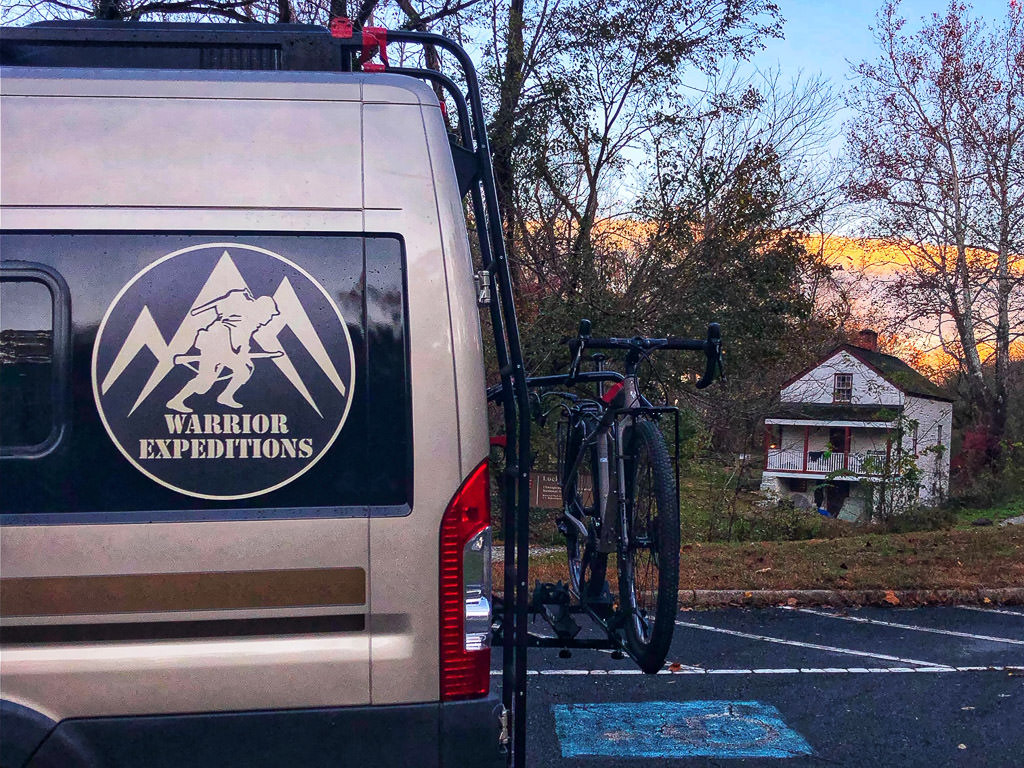 The main goal of the charity is to help combat vets transition back to civilian life by putting them out in nature and giving them skills and equipment to continue to use nature as a form of therapy and a coping mechanism. 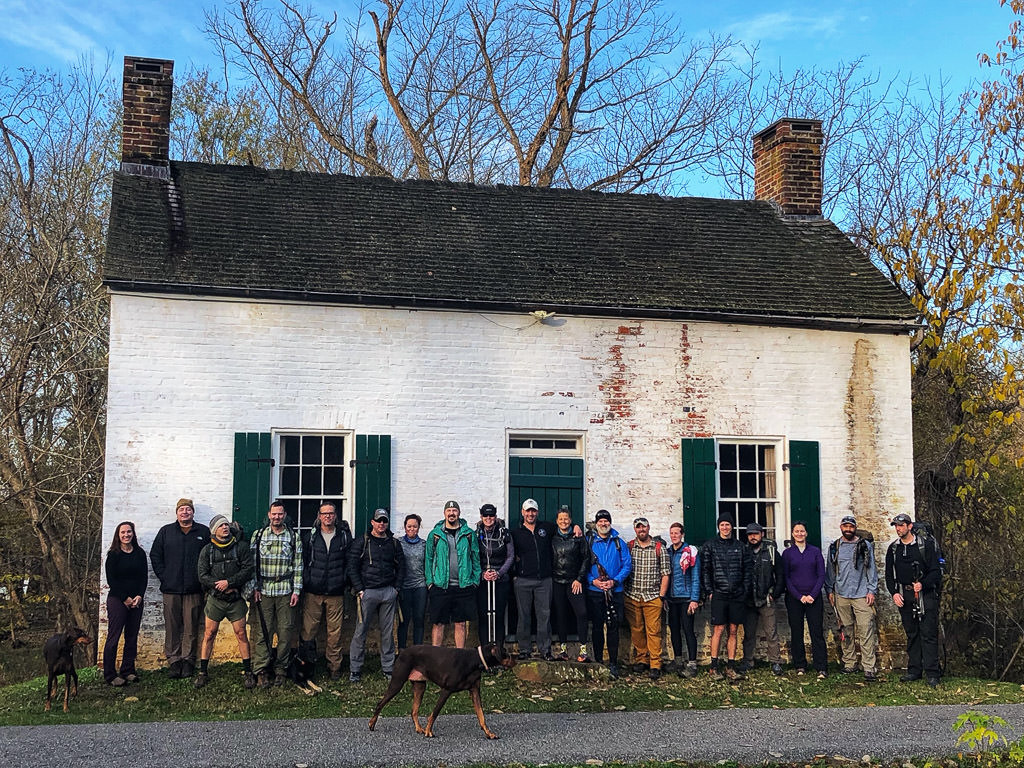 Here is a quote from Warrior Expeditions' mission statement:

'In 1948, Earl Shaffer told a friend he was going to "walk off the war" to work out the sights, sounds, and losses of World War II. Four months later, Earl Shaffer became the first person to hike the entire length of the Appalachian Trail from Georgia to Maine.

Following in Earl Shaffer's footsteps and in recognizing the therapeutic effects of long distance outdoor expeditions, Warrior Expeditions created the Warrior Hike, Warrior Bike, and Warrior Paddle programs which are designed to help veterans transition from their wartime experiences.'

The hike took place along the old Chesapeake & Ohio Canal. The canal spans 184 miles from Cumberland, Maryland, to Washington D. C. The reunion hike took place over three days and was along a 25-mile portion of the trail starting at Lockhouse 25. The last day of the hike was a fundraiser and opened to the public, which concluded with a BBQ in D.C. 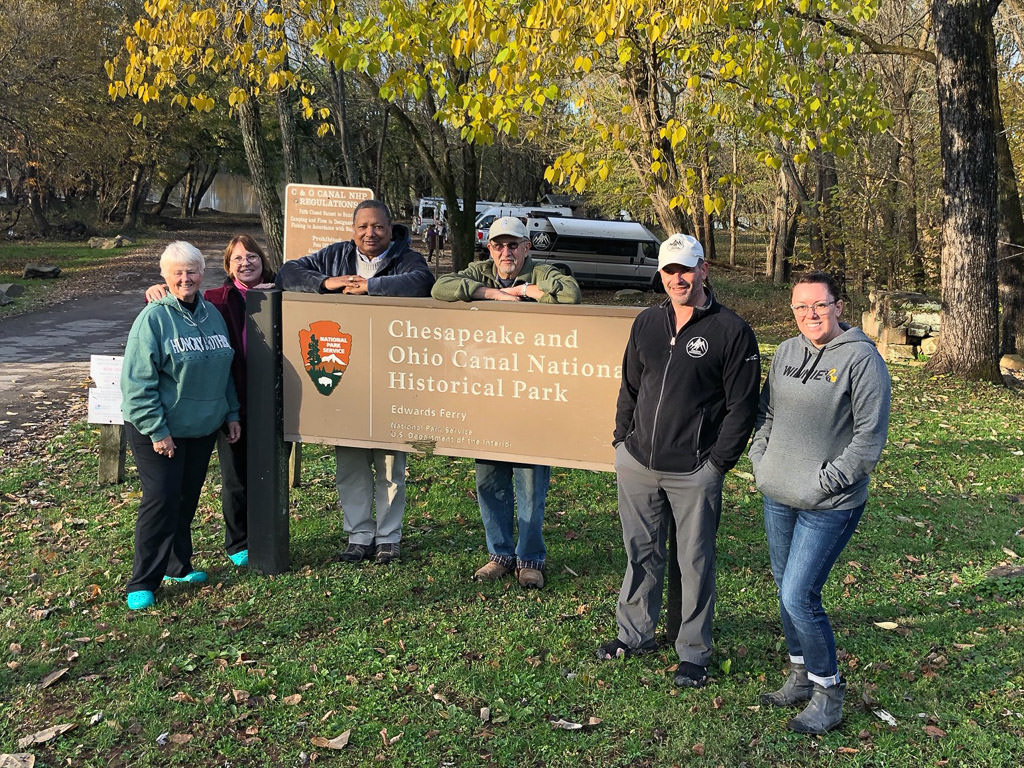 Travato group at beginning of event.

The Travato Nation lent a hand by providing dinners and breakfasts to all the hikers along the way. The hikers stayed at some of the available lockhouses along the hike and the Travato crew set up camp in the accompanying parking lots. All in all, we had a dozen Travato owners support the hike.

To kick things off, we started with a bratwurst cookout at Lockhouse 25. This was a great location where we were able to cook in the parking lot and then enjoy some time around the campfire sharing stories and getting to know the vets. After a hearty breakfast the following day (cooked up by the Travato crew), the hikers set out for a 11.2-mile hike. 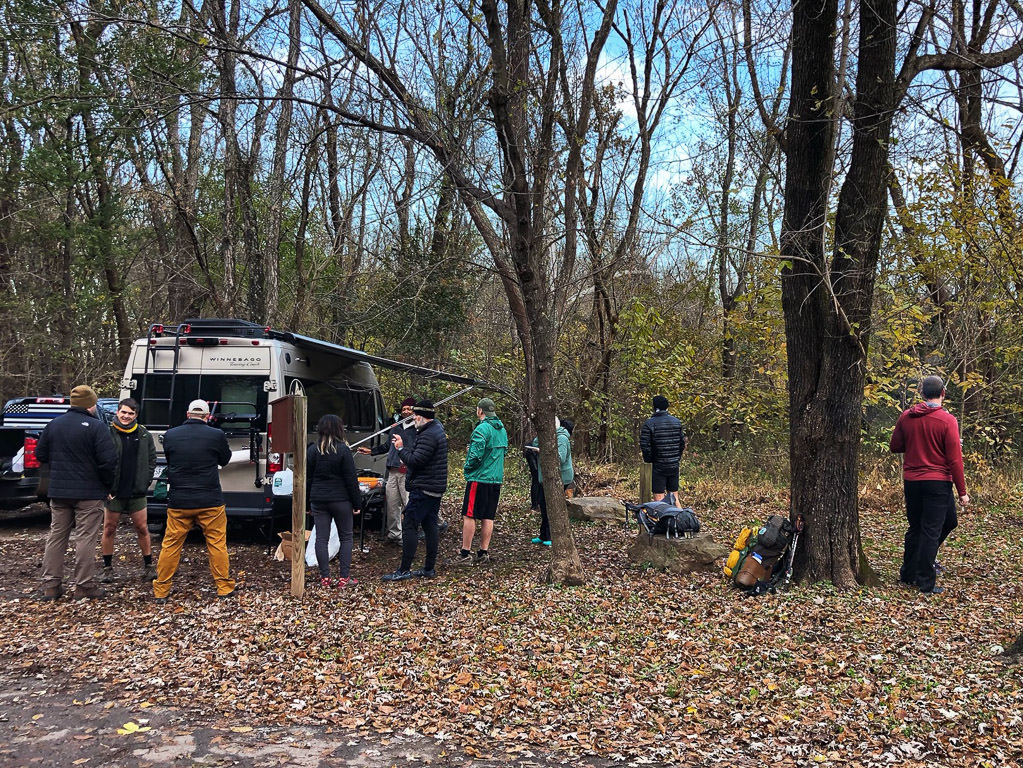 That night, the hikers were in good cheer after completing their hike and enjoying a cool but sunny day. We gathered around the campfire at Lockhouse 22 for a glass of wine (donated by the Wine-o-bago of course) and some more sharing of stories. The Travato owners again provided a tasty dinner to fuel up the crowd. We awoke to a bit of rain, but that didn't deter the cooks or the hikers. We used our awnings to make sure breakfast went on as planned and the hikers set out on a damp 14.2-mile hike. 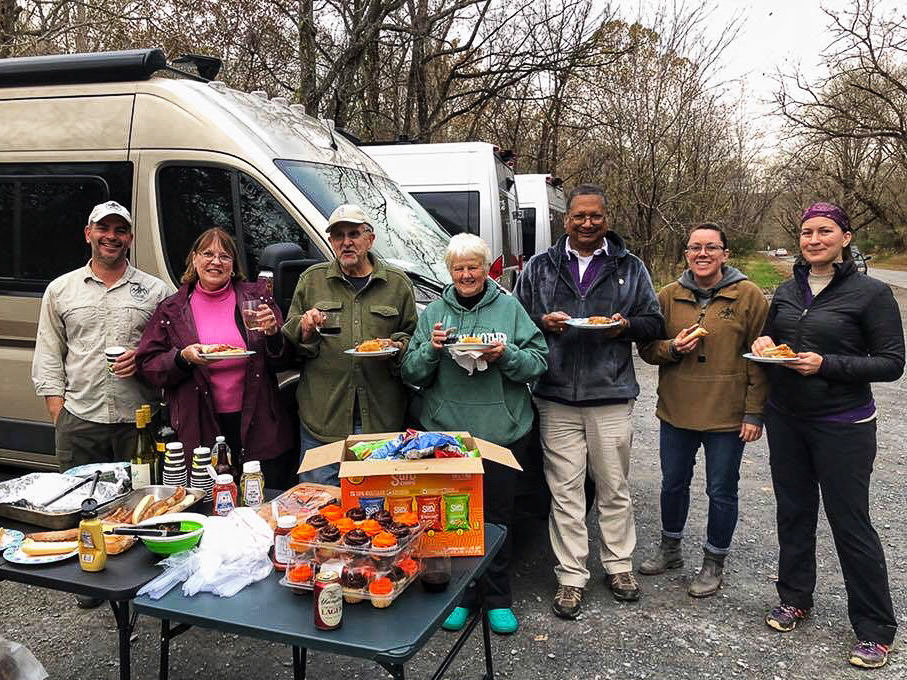 The last night, we ended the day at Lockhouse 6. This lockhouse had one thing the other two didn't -- A KITCHEN! Even though our Travatos are equipped with pretty good kitchens, it was a blessing to have the indoor kitchen since rain had rolled in - meaning we had some soggy hikers. A few new Travato helpers arrived with food reinforcement and we had a feast! In the morning, the crew had French toast waiting to send the hikers out on their final day of the hike. 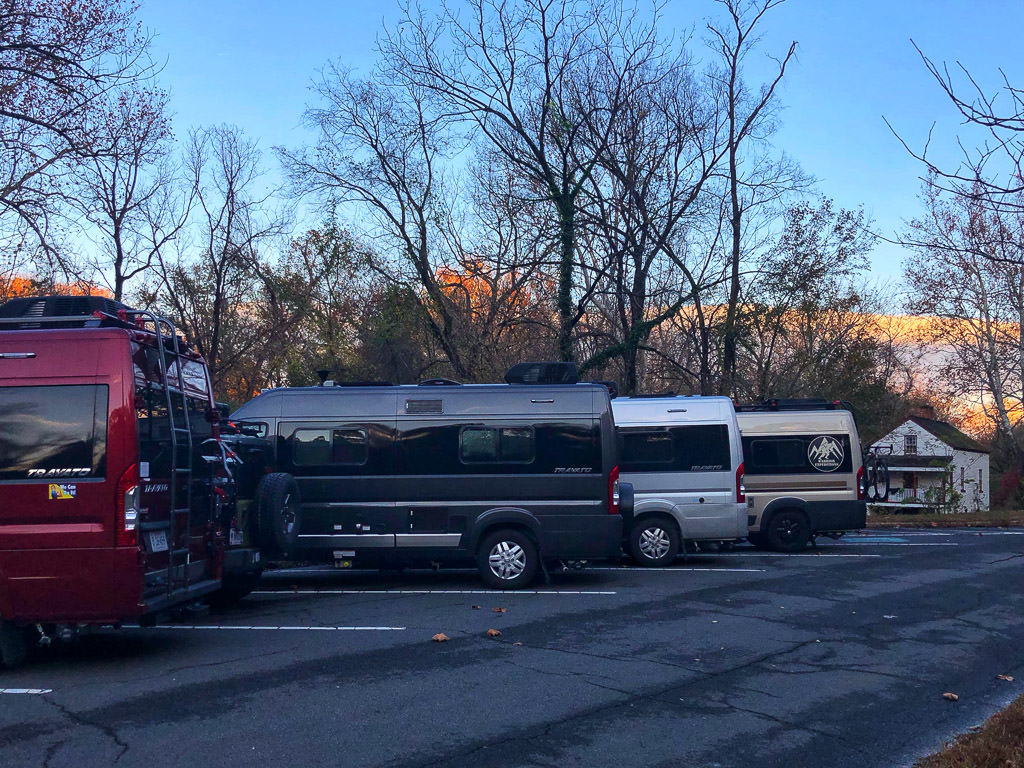 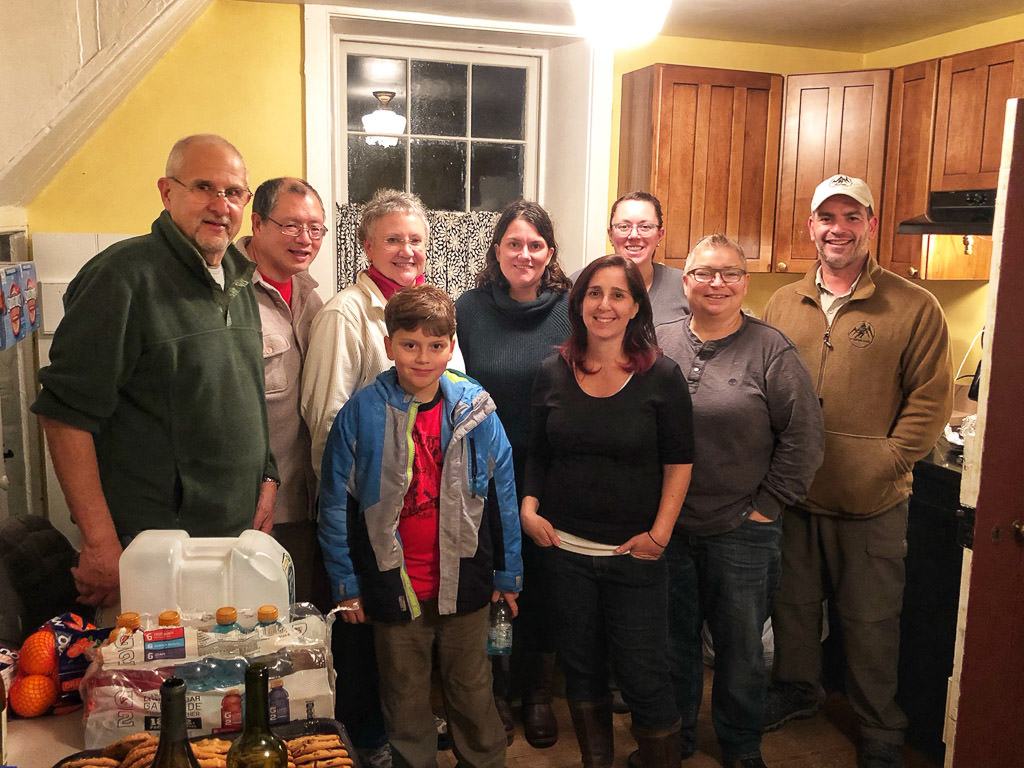 The last day of the event was a fundraiser for Warrior Expeditions. Many people from the D.C. area came in to join in on the 6.8-mile hike into D.C. We even had a couple more Travato owners show up to participate in this fun hike - which took all the participants through all of the veteran monuments, including: The Arts of Peace Sculpture, Vietnam Veterans Memorial, Korean War Veterans Memorial, D.C. War Memorial, and the WWII Memorial. 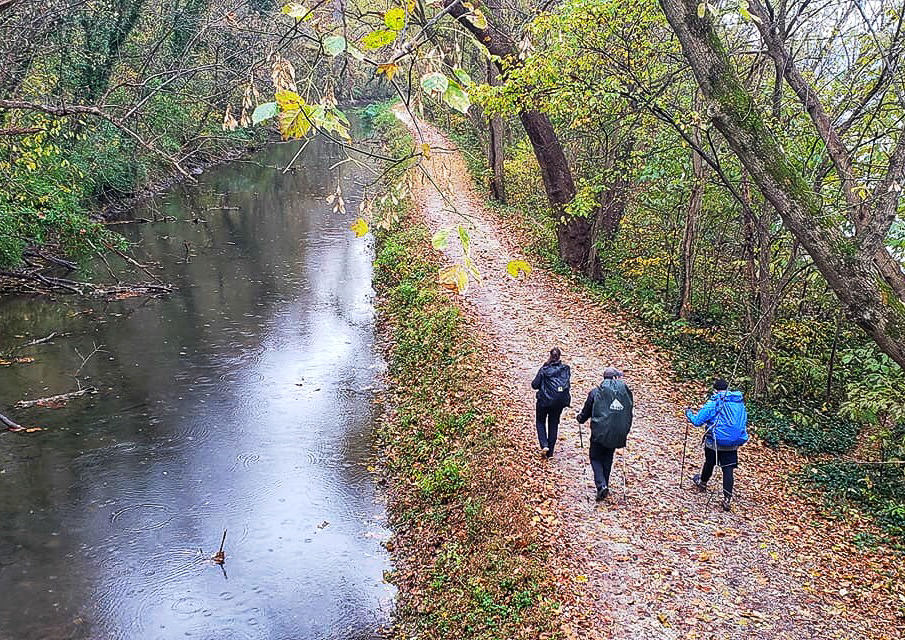 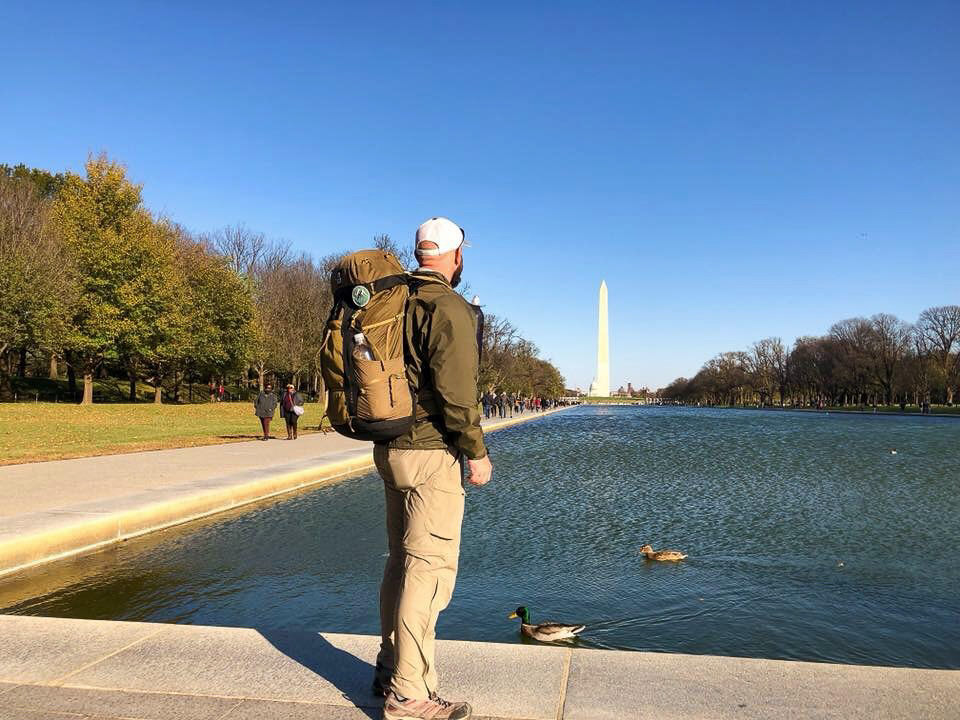 The event was a great success and it felt so good to provide just a little kindness and support to a great group of vets who have so bravely served their country. I hope this event becomes not only an annual event for Warrior Expeditions, but also for our band of Travato owners. It was a great chance to bond with RV friends who share an interest and passion for van life, while at the same time, give back to a very worthy cause. We are already plotting what else we can do to support the organization, so stay tuned for more charity-focused adventures.