Sisterhood of the Traveling Vans

Sisterhood of the Traveling Vans
Why the #TravatoNation is made up of so many solo females.
By: Jenny Van Atta 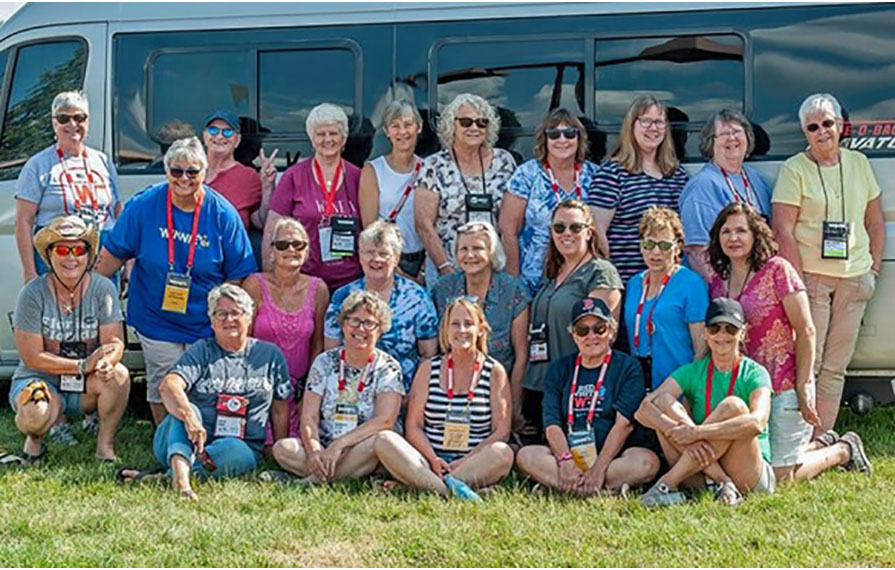 It has been three months since I transitioned to full-time van life and I have had several opportunities to meet up with many Winnebago van owners, including at events like Winnebago's Grand National Rally. At these meetups, I have noticed that I was surrounded by many other single women travelers which has been amazing. I became curious about what seemed to be a very high number of solo women in Class B vans vs. the number of single men I was meeting along the way.

My own van journey started when my job, which used to require frequent air travel, transitioned to a role that primarily left me working from home full-time. I missed the opportunities I had previously had to explore the world. I had what some might call 'itchy feet.' This led me to research various RV options and eventually I decided on a Class B as the right fit for me.

After being a part-time RVer for two years (traveling about 50% of the time), I decided to take the leap to full-time life. Within a matter of months, I sold my house in Denver, rented a small storage unit as a back- up plan, and hit the road. I also upgraded from a 2018 Travato K to a 2020 Travato KL with the Lithium system (read more about Travato here). 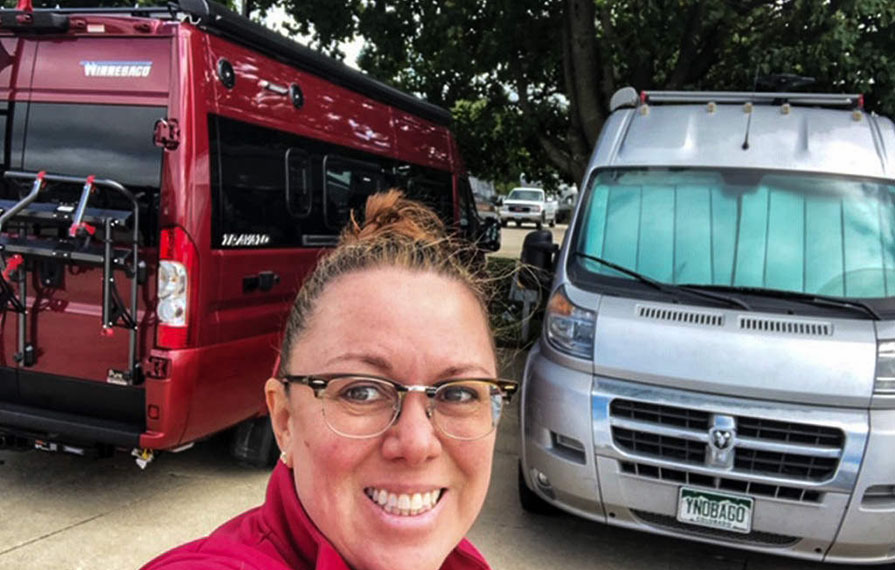 During my van travels, I have been intrigued by just how many other single women are joining the #vanlife movement and wanted to learn more about this phenomenon and my fellow female travelers.

At the recent Winnie B Rally at South Beach State Park in Newport, OR, I had the opportunity again to meet several solo women van travelers. Of the 33 vans attending the rally, 12 of these were owned by solo women. I decided to pick their brains about how they ended up traveling solo in a Winnebago van.

What drew these women to a Class B? 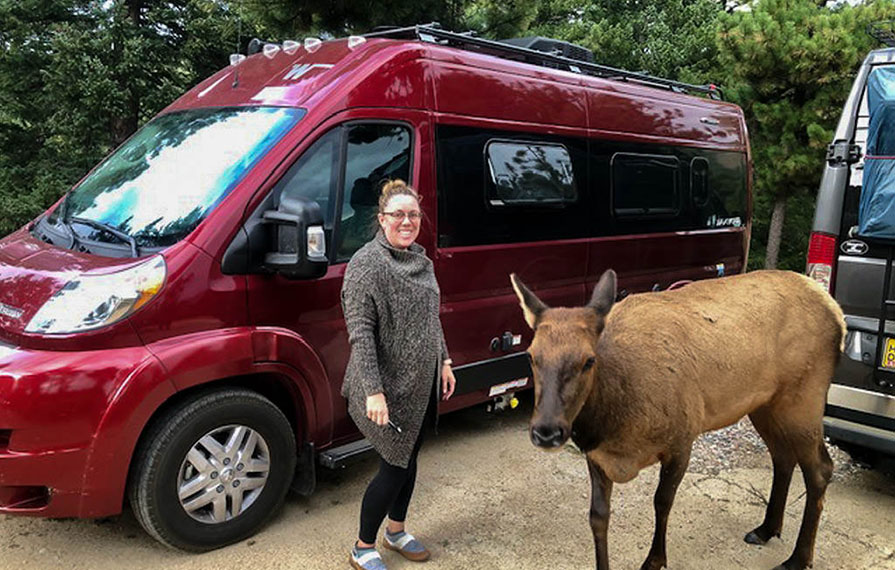 What drew them specifically to a Winnebago Class B? 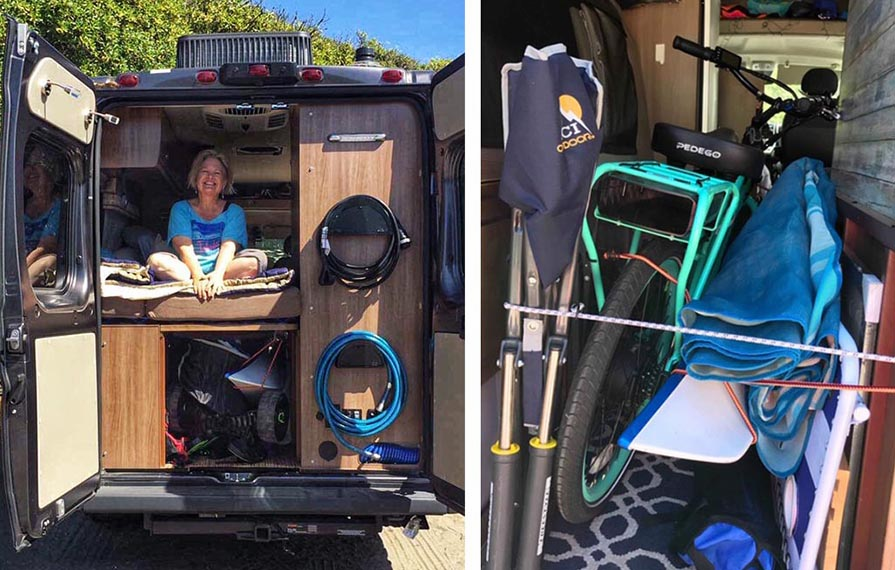 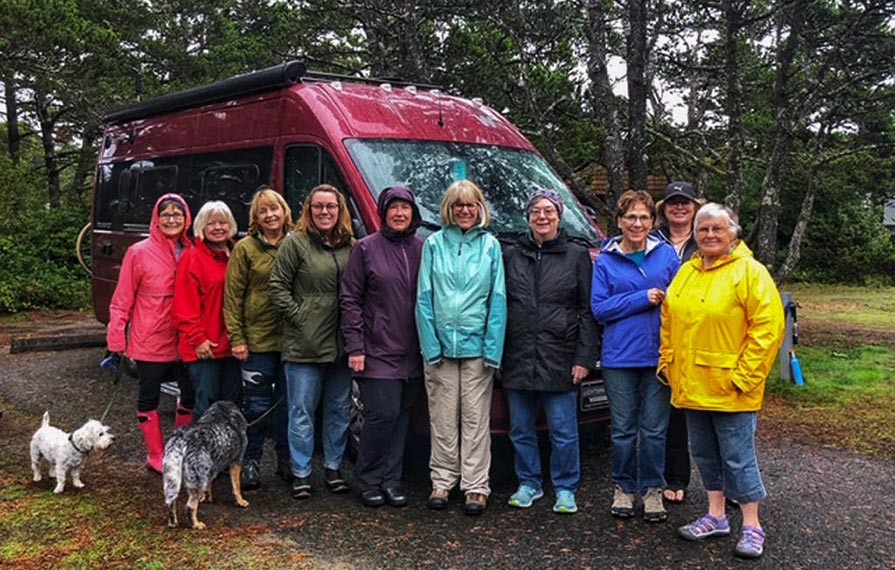 The Best Part of Travato Life (For Me)

My personal favorite part of owning a Travato has been the built-in technical support network. As part of the #TravatoNation through the Travato Owners and Wannabees Facebook Group, I have instant access to help around the clock. The support from this community was also one of the main points that the women I talked to came back to again and again. This group is a wealth of knowledge on any obstacles you might face -- especially when you are traveling alone. 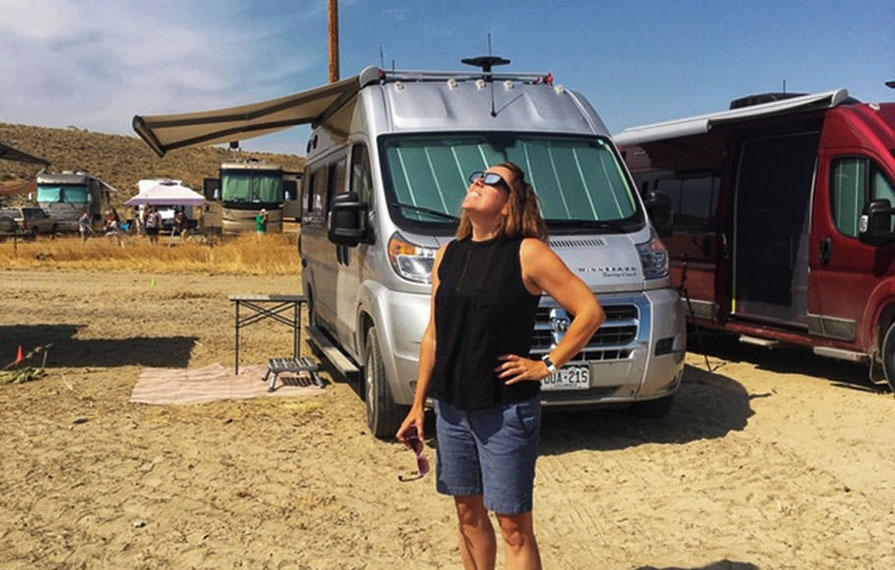 The built-in social network has been another critical element in my enjoyment of the van. When you transition to full-time RVing you can begin to lose contact with friends who you may have previously seen on a regular basis. Through the Travato group as well as The Winnie Bs (Winnebago's Class B Social Club), I have expanded my network significantly and found many other like-minded travelers. I know so many other travelers now (many of them also solo females) and have met up with many of them, so that helps to avoid any loneliness I might feel when traveling alone.

If you want to learn more about solo van travelers and connect with others like you, consider following these hashtags: #solofemalevanlife or #solofemaletravel on Instagram. Cheers!