When most people think of full-time RVing, they envision a rig rolling down the road with the countryside laid out in front of them. So, stationary RVing provides a new outlook on RVing many people aren't as familiar with.

My husband and I knew from the beginning of our RVing adventure that we would be living in one place at a time. Our style of RVing would not include moving around every day or even every month. While we believe this to be a greater investment than renting a house or apartment, stationary RVing provides some limitations as well.

You own your home.

This was the most important aspect of living in an RV for us. We were tired of renting apartments and wanted the freedom of owning a home. Since we were living out of state temporarily, we didn't want to have to move our stuff to Oregon just to move it back to Texas six months later. It made a lot of sense for us to buy an RV and live in it instead. 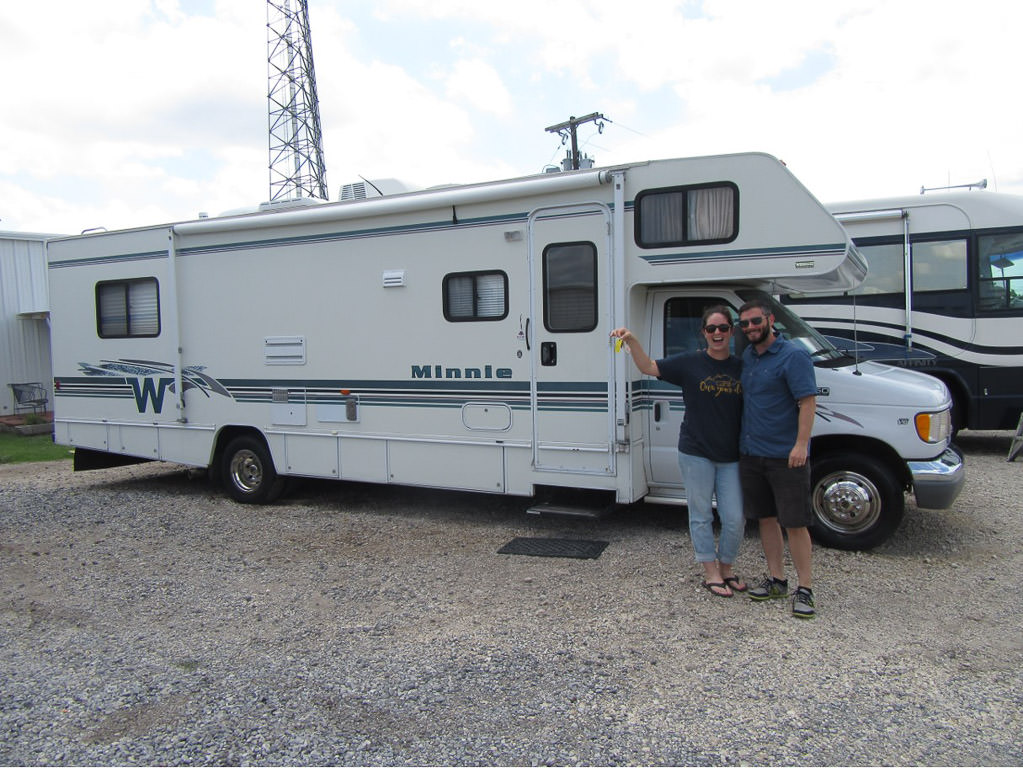 You can live minimally easily.

When you live in an RV, you have to live small. There is literally not enough space to move around if surrounded by stuff. So, we got rid of 90% of what we owned, left a few items in Texas, and took the rest with us. We have about 95% of what we own with us in the rig.

You have the chance to build better relationships with others in the park.

One of the more intriguing aspects of stationary RVing is the different kinds of relationships to be had. Not only do you have neighboring RVers, but everyone who works at the park (at least our park) lives at the park as well. So, you get to know the people who live nearby and work to make the park what it is.

This has been an especially unique experience for us and one that we did not anticipate. What's interesting about RV neighbors is that, unlike living in an apartment complex, you see your neighbors on a daily basis. Therefore, you have more of an opportunity to get to know each other, which we've enjoyed.

You get to know your area better.

There is also an opportunity to get to know the place you live more deeply. When you stay somewhere for longer than one night, you have the chance to get to know your town.

We have not been as active in our small town as others, but we've watched whales practically from our backyard, walked the beach extensively, and even been to a surfing competition! These are not activities we could do from Austin, TX. 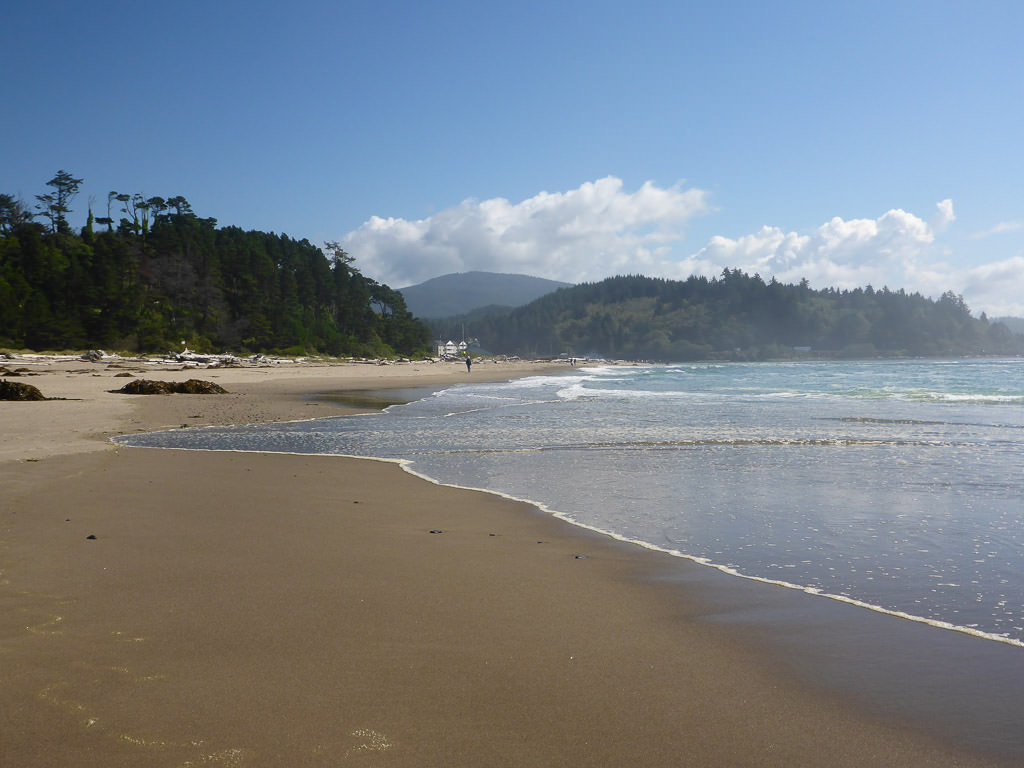 You have a small space to live your whole life in.

The downside of living minimally is the amount of space in which you live. At first, the space seemed rather large to us. It's an RV. It's going to be a smaller space than we are used to living in. However, being at home all the time like I am in our stationary RVing lifestyle, can make the space seem that much smaller.

You don't get to move around as much (literally).

When I'm at home by myself, moving around in the rig isn't such a chore, but when Jeremy comes home from his job as a park ranger, there isn't much space to do anything but sit. That wouldn't be such a bad thing if that's all we wanted to do, but that's usually not the case. 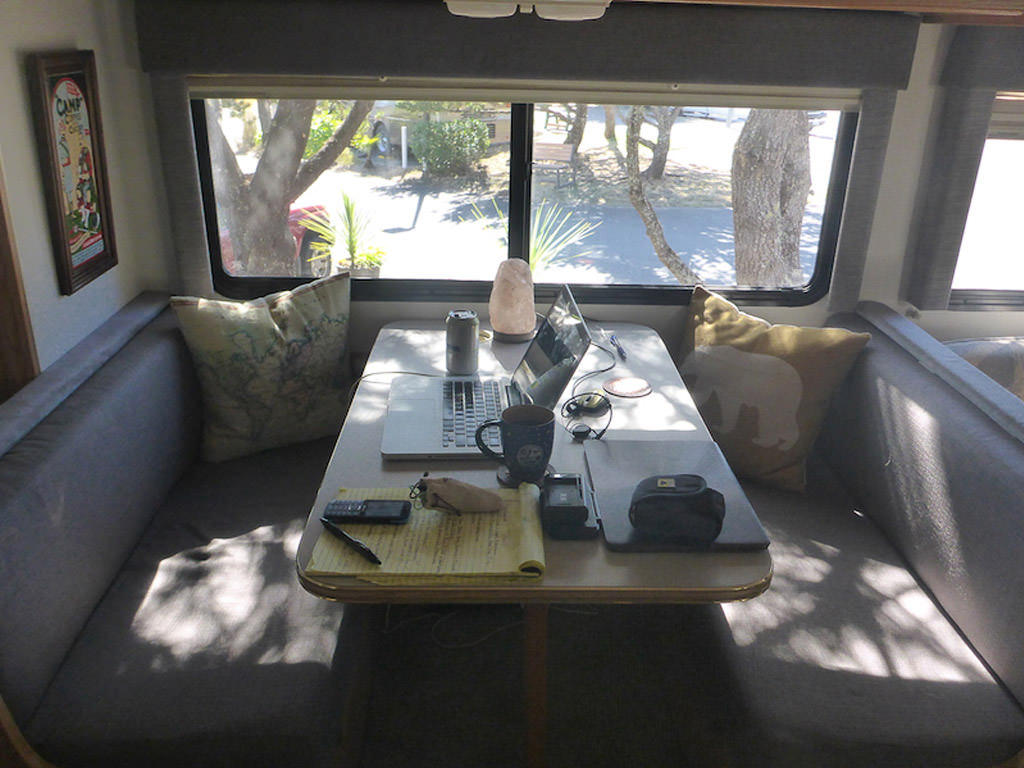 You're stuck with certain types of weather and scenery.

We have spent the past six months in Oregon. On the coast, it rains a lot during the winter ... a lot. We like rain, we like the ocean, but after a while it feels like a bunch of wet.

As stationary RVers with a job to finish, we haven't had the option of taking a weekend trip or flying out somewhere for a day or two to see family or friends. We're stuck with the Oregon coast and all that comes with it in the time we're here.

As you can see, there are many pros and cons of stationary RV living. No matter if you're consistently moving or not, there are many facets of RV life. What's neat about RV life is it is much like the people who RV - unique.

Are you a full-time RVer who travels consistently, or do you tend to stay in one place for a long period of time? If you're a stationary RVer, what are some things you've learned from your experience?