Turning Heads with an American Winnebago in Europe

Nine to five, Monday to Friday, working to pay the rent and bills. This was our life up until early 2017, when we had an epiphany: it doesn't have to be this way. There had to be more to life than this rat-race. We hadn't seen much of the country we lived in, let alone the rest of the world, and we wanted more.

Deciding to go for it

My husband Sean and I have been together for 20 years. We both had great professions, working with animals. Myself a Veterinary Nurse and Sean an animal rescuer. We had very rewarding lives, but still, something felt like it was missing. We were always working towards a goal, to save for a holiday or to pay the bills and perhaps go out to dinner. But we were always working. It always felt like we weren't free. We wanted freedom, we wanted more from life. As they say, you only live once!

This realization led us to the decision to begin a life of full-time RV travel, like many Americans before us, we started to sell everything big and bulky, downsize our clutter considerably and start the search for the perfect RV. What makes us a bit different though, is that we are both British and live in England! 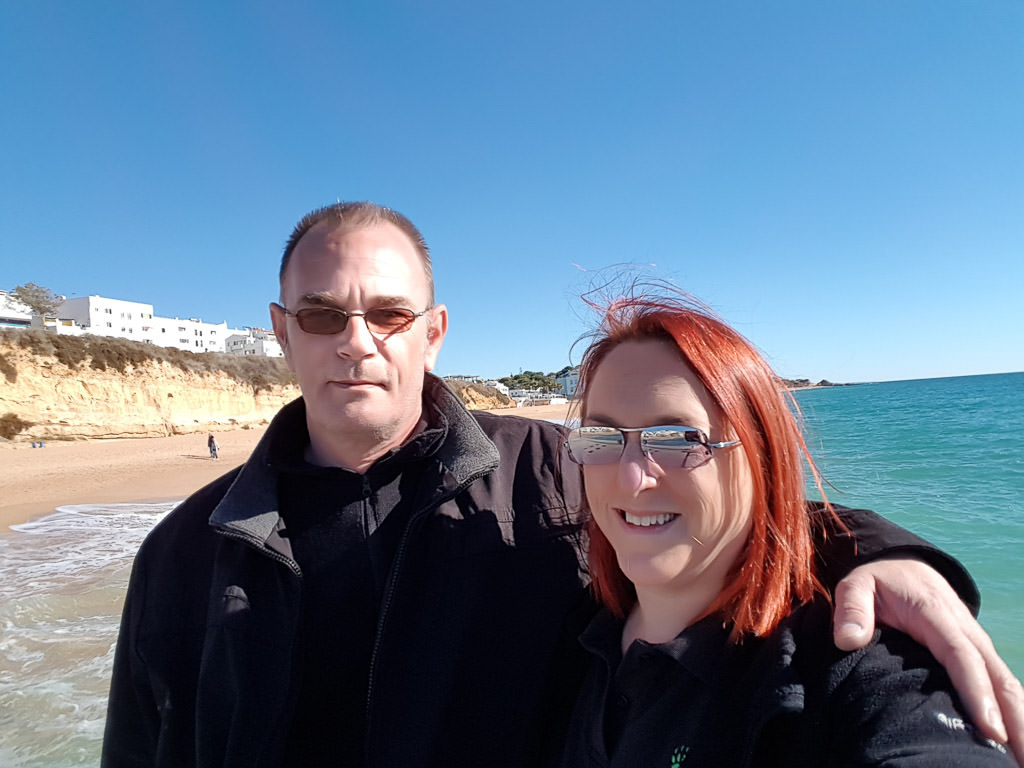 Searching for the perfect motorhome

The hunt began. We searched online, visited showrooms and walked inside many European motorhomes, but they all seemed so cramped, so 'plasticy', and more like a vehicle than a home. Nothing felt right to us for full-timing. Then we walked around our first American RV...

Well, that was it for us, there was no going back to European models after that! It had to be an American RV! We were hooked already, all we now needed to do was to find the right one.

Ask anyone over here to name an American RV and I bet 99 out of 100 people will say "Winnebago." Even though they are not common at all over here, they are still incredibly well known. When we stepped into ours for the first time, we realized why it's such an iconic name.

We knew instantly, this was the one! We had seen so many other vehicles at this point, often going home after the visit and talking way into the night about the pros and cons of each one, but after setting foot in to a beautiful Winnebago Vista, that was it -- we put down a deposit the same day!

We decided to have a propane fuel conversion done before we had her delivered, as gas is very expensive in England and Europe, and we wanted to make travelling as economical as possible. This took almost a month to organize and it was like torture waiting for it to be done!

But we made use of the time by watching loads of videos and reading a great many guides. We watched online tours of the same model Winnebago as ours almost every night to keep up our enthusiasm! We ordered a huge multitude of items we thought we might need (many of which are still in their wrappers)! And we continued to sell, donate and store the rest of our belongings and soon we were ready for her to be delivered.

The excitement was huge when the delivery day arrived. Ironically, our delivery date was July fourth, which to us felt very apt indeed, as it would now also be our very own independence day! We went to a local campsite, where she was due to be delivered, then waited for the dealer to turn up.

An hour passed, then two, then at last we got the call, he was almost there! We rushed to the entrance ready to be greeted with the sight of our beautiful new home driving around the corner, and there she was, complete with a nasty scrape on the front! Yes, the dealer had crashed her whilst on his way to us. We didn't let this stop us though, and spent the weekend in her, before he collected her again for repairs.

When she came back after repair, we moved right in. Even though we still had the lease on our house at that point. We couldn't wait. Only a few weeks more and we would be completely free of bricks and mortar and able to hit the road for good! Where would we go first? The world felt like our oyster! Until we took our first trip to go and get propane.

We swiftly realized that the UK local service station was totally not set up for our size of vehicle. My husband Sean did amazingly well with maneuvering though and we filled up and came through it without a scratch. But this was just one trip for propane, this wasn't driving hundreds of miles!

We realized we needed to research a lot more. American RVs are designed for the beautiful open roads of America, not the narrow, bumpy, badly cared for roads of England! It was certainly possible, but we needed to plan our routes much more carefully. We got home and ordered a specialized GPS system that would warn us of low bridges and narrow roads. Between me as navigator, my phone GPS, the new specialized camper GPS and with Sean driving, we knew we could do it.

We set off to begin our first trip, across the UK and then onwards to France, Spain and Portugal and we are still on the road! You can certainly tell when you look around in any of the campsites we have stayed in so far in Europe, that American RVs are a rare sight. There are hundreds upon hundreds of European motorhomes and caravans, but they all look the same to us.

We like being different! The looks and stares we get when we park are very amusing. We have had many people want to look inside and many more that walk around the vehicle just admiring it when they think we aren't watching. It's actually a hilarious use of the rear-view camera to eavesdrop on their conversations about the RV. We feel very honored and proud to be the owners of a Winnebago! 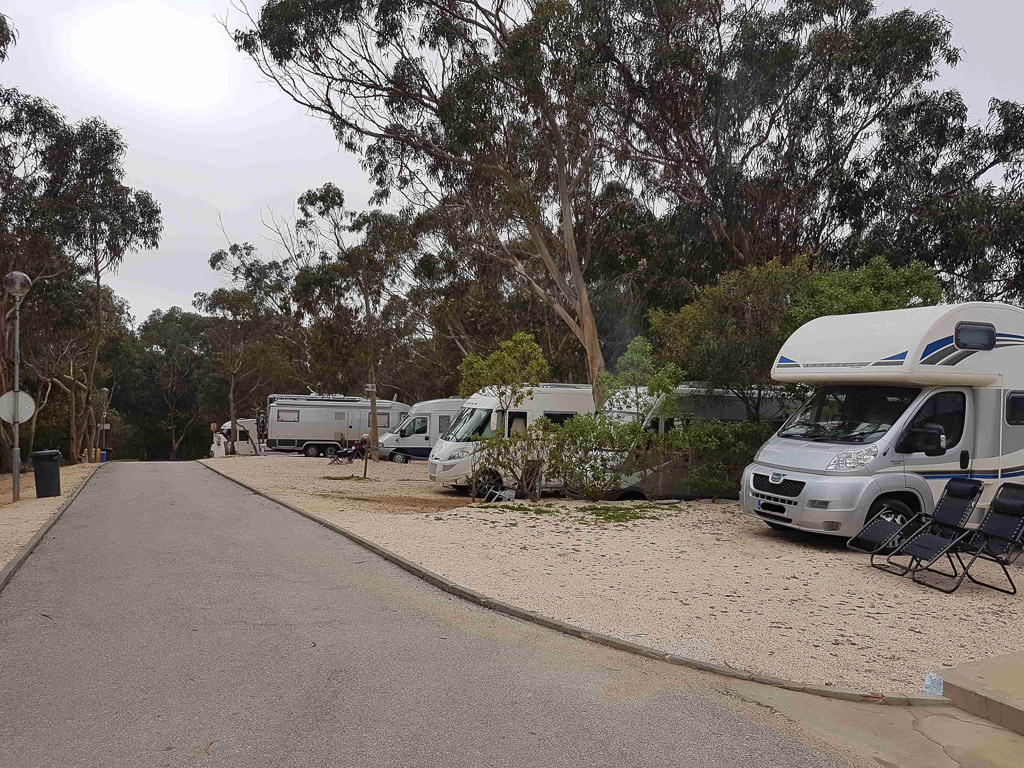 The usual European motorhomes. You can see why we stand out at the campground!

We have accumulated lots of tips for travelling in an RV in Europe that we can't wait to share with you, as I know many people want to do the same as us. But most think they can only do it in a small European style motorhome.

Yes, much more route planning is needed if you're in a big vehicle, but we have managed it with relative ease in our Winnebago! Well, with only a few minor mishaps. (Yes, temporary French roadwork traffic lights... we're looking at you!) We've even driven around the extremely narrow single track, high-hedged roads of Devon and Cornwall in the South of England, which have some of the narrowest roads in Europe, and some of the smallest campsites!

We can conclusively say that touring around Europe in an American A-Class RV is a lot of fun and totally viable. And when it is in a Winnebago, it is even better!