The RVer's Guide to Fall Foliage in Eastern Canada

Want to catch a blazing display of yellow, red, and orange leaves this Autumn? Add a dash of international RV adventure to your plans and head over to our neighbor to the north, Canada.

Last year, we took a trip of a lifetime across Canada following the Trans-Canada Highway in the fall. If you find yourself in the area this autumn, we're excited to share about Canada's spectacular display of fall foliage and our favorite leaf-peeping tips!

Join us as we take you through our route, the best places to stay, and when to go.

When Are Leaves at their Peak in Eastern Canada?

Just as in the U.S., many factors affect peak fall foliage. You need to consider how far north a place is, how high above sea level it is, and the weather. One bad storm and the leaves could be blown away.

The good news is, jumping in a Winnebago allows you to plan a trip for the duration of the average leaf-peeping window and you can almost guarantee you'll catch the leaves at their peak somewhere.

For the areas of Canada below, peak season is generally considered to be the end of September to Mid-October.

If you're headed to Florida for the winter, you may want to start up in Canada and run down the east coast catching the varying peak leaf seasons in the Northeast, Mid-Atlantic, and the Southeast.

One word of caution though: it gets cold fast in Canada!

Plan to leave by Canadian Thanksgiving on October 8th. As an RVer, it's a date to remember as many campgrounds close for the season that day.

The province of Quebec treats you to eye-popping fall colors. The Laurentian Mountains, the "eastern townships," and Mont Tremblant are popular stops during the fall. These spots are often called out due to having the most maple trees. We personally chose to also include some areas that had a mix of evergreens and epic views. La Mauricie National Park is breathtaking, yet underrated. The Mistigance Campground inside the park had immaculate, modern RV and camping facilities.

We had no trouble requesting a campsite in person as they had park staff who spoke English. The fall programs end on October 14th, but they are in French, so we did a self-guided visit.

La Mauricie has beautiful fall leaves, but also abundant evergreens. It fit great into our trip coming in from the Niagara region. Ile d'Orleans is a peaceful, charming island that will really get you into the fall spirit with its farm views and vineyards. Explore the beautiful countryside by following the Chemin Royal which loops you around the entire island. We found Camping Orleans to be a beautifully manicured campground that gives you a campsite as idyllic as the island itself.

Be sure to catch a glimpse of Montmorency Falls (90 feet taller than Niagara) on the way into ile d'Orleans -- you can literally see the falls from the highway. And since you're here, you may as well pop into Quebec City for some old-world charm too!

Quebec City puts you at 3 to 4 hours from some Vermont leaf-peeping, but don't turn around yet.

The absolute crown jewel of our Canadian leaf-peeping experience came as we hopped off the Trans-Canada Highway and followed the St Lawrence River north into the region known as Charlevoix. Charlevoix is well known for its fall foliage.

We caught the fall leaves at their peak here as we explored quaint villages and foodie finds. Our favorites were Baie-Saint-Paul and La Malbaie. Be sure to stroll down Rue Saint Jean Baptiste and make reservations at Ah La Vache (the coziest little Swiss restaurant).

Stop in at Maison d'Affinage Maurice DuFour for cheese tasting and a farm-to-table dining experience as you continue to head north.

There are two SEPAQ parks (Quebec's national parks which are kind of like our state park systems) to explore in Charlevoix. We recommend a stay at Parc National des Grand Jardins. 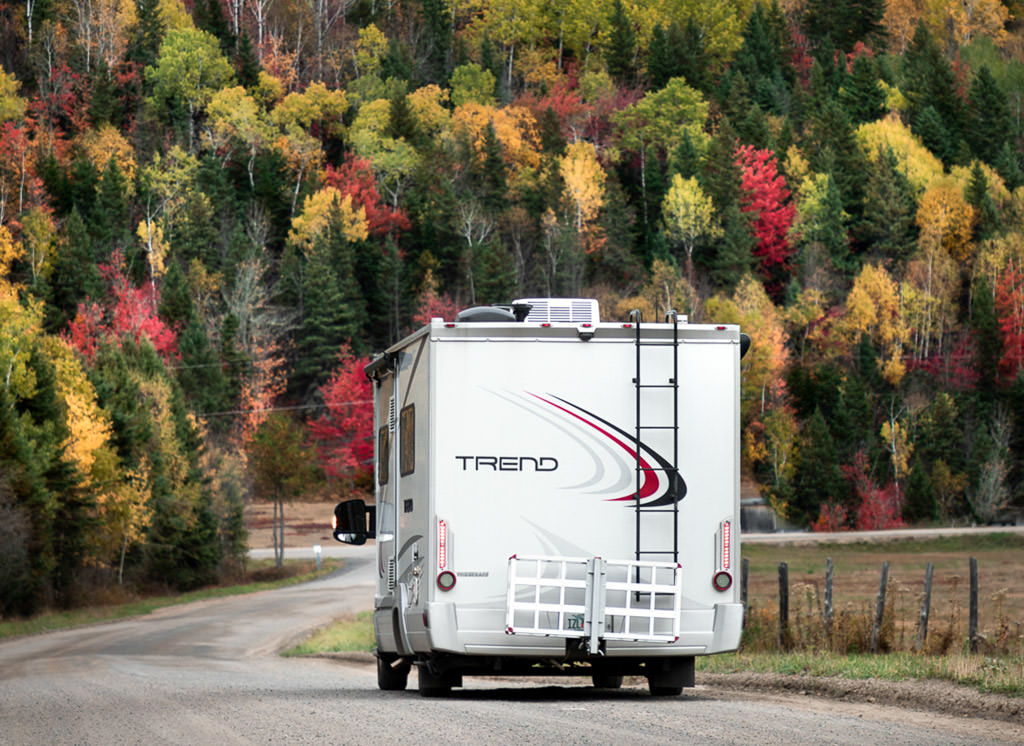 The beauty in this park is stunning, and it's definitely worth a visit even though it's one of those spots heavier on the evergreens. It's often called out as a must even if what brought you into the Charlevoix area is the leaf-peeping.

We recommend staying the night at the campground, but you can definitely make this a day trip as well. The hiking highlights here are the Le Riverain trail and the L'Acropole-des-Draveurs trail which require 4 to 6 hours to complete. Arrive early, if you plan on doing one of the hikes during your day trip.

This stop takes you farther north to the Saguenay River. The Saguenay Fjords are among the southernmost fjords in the northern hemisphere. Try booking a boat ride down the river. If you take a cruise down the river, you may get to see blazing reds and oranges on both sides.

Many fall visitors try to combine a little leaf-peeping with some whale watching at nearby Tadoussac. The whale watching season peak ends at the end of September so there's a chance you'll either miss the whales or the leaves. We didn't quite make it in time to see whales!

Camping des Meandres, though farther from the park's facilities, was very big-rig friendly.

We found our way back to the Trans-Canada Highway and continued on into the Maritime provinces. In the Maritimes, the peak leaf season is usually a bit later, starting early October and often going into the third week of October. We followed the Cabot Trail through Cape Breton Island and into Cape Breton Highlands National Park. The Skyline Trail was closed during our visit and we also just missed the famous Celtic Colours International Festival. However, the drive through the National Park was stunning, nonetheless.

We could see doing a fall trip through Quebec up to Charlevoix, then into the northeastern U.S. and popping back into the Maritimes! 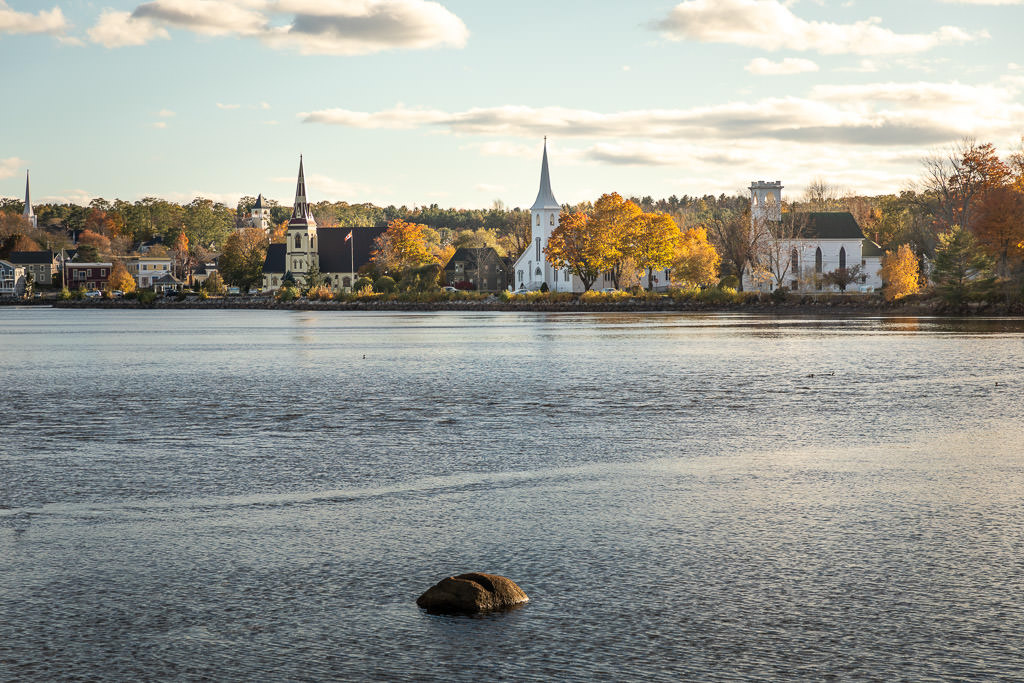 Fall is really idyllic in Nova Scotia. While there, we fell in love with the picturesque Mahone Bay. Known for it's famous "Three Churches", we loved the tea shops, boutiques, and the scarecrows dotting the town the whole month of October. The funniest was a group of scarecrows dressed up as the band KISS!

Mahone Bay also gets you close to Lunenburg and Peggy's Cove. Amazing spots not to miss.

Happy fall, everyone! Catching the leaves is always a bit of a gamble--every season is different. But, as an RVer, you're nearly guaranteed to catch the leaves somewhere along the way!