Tent Camping in the Channel Islands

As a full timer, if often takes me aback whenever someone calls my lovely little rolling home a "camper." I always respond by explaining, "I live in a motorhome, but I camp in a tent." But that doesn't mean I don't enjoy the experience of sleeping in the great outdoors in a tent. In fact, sometimes it's even a necessity. Yes, there are some places where even my nimble Winnie View won't go...take the Channel Islands off the coast of southern California.

Named for the deep trough that separates them from the mainland, the Channel Islands are a chain of eight islands, five of which are designated with National Park status. The closest of the islands is Anacapa, 14 miles off the coast of Ventura, California, with the most distant being Santa Barbara over 50 miles offshore. The largest in the chain, Santa Cruz where I am headed, is at about 20 miles long, and six miles wide, lying 35 miles off the coast of Ventura. 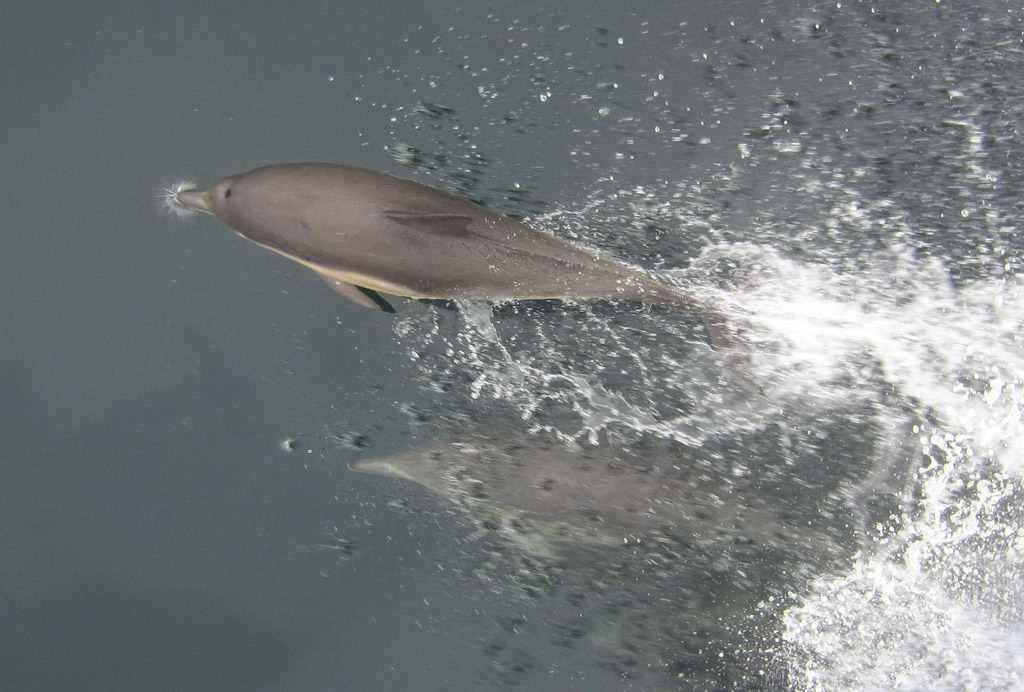 On these islands are 150 endemic species found nowhere else on earth. Of these, 30 are endangered. This has earned Channel Islands the slogan, "The Galapagos Islands of North America." These islands are thankfully protected as a part of our National Park Service; otherwise they would no doubt be covered by small boutique hotels and bistros like Catalina Island off the coast of LA.

Although all of the five National Park Islands have campgrounds, I have chosen to visit Santa Cruz because it offers the greatest access to hiking and kayaking. But also the campground there, Scorpion Cove has a fresh water source. So unlike other campgrounds, I won't have to pack in my own water at 8 lbs per gallon. 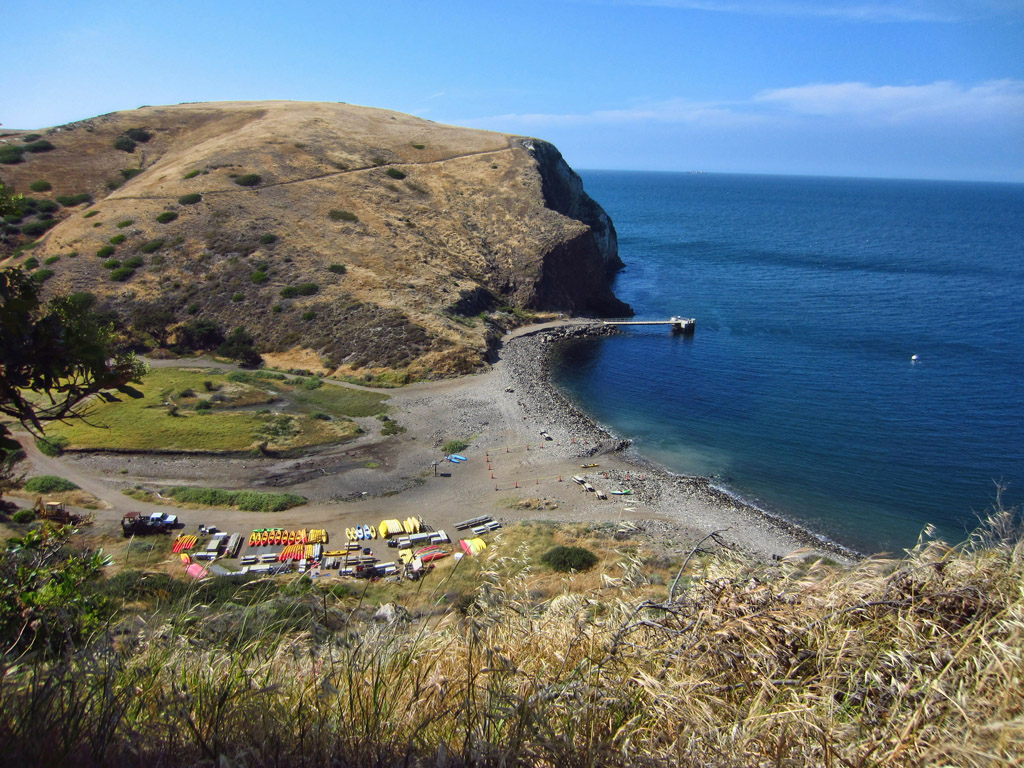 The pier at Scorpion Cove washed away in a storm with high surf last December, making it now necessary to come ashore via skiff, or small rubber boat. That includes bringing all camping gear ashore, which must then be unloaded "daisy chain" style. 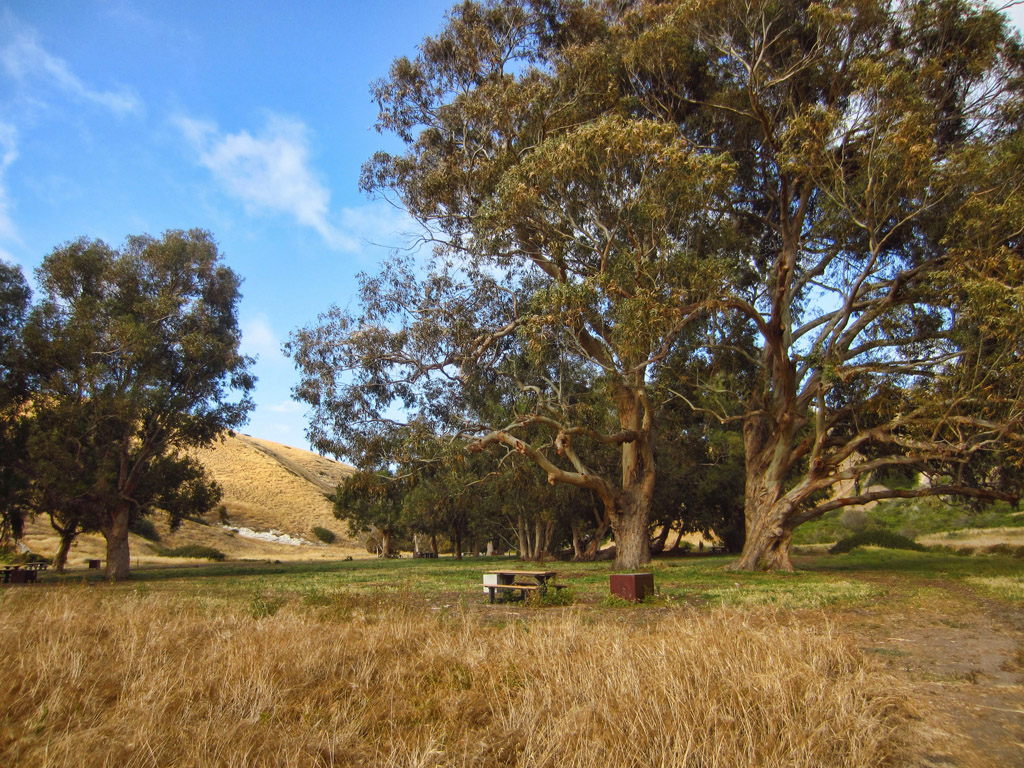 By the time I get all my gear loaded on me like a pack mule and begin the half-mile hike to my designated campsite, I realize I am at the furthest end of the loop. My site is at the bottom of a V-notch in the surrounding hills, which serve as a funnel to channel the stiff wind right down on me. Whereas all the other campsites are surrounded by giant, fragrant eucalyptus trees and therefore somewhat protected from the wind, my site is exposed with no shelter. Yes, I brought layers, but I am wearing all of them and still freezing due to the wind!

My typical M.O. when I arrive at a place like this is usually to spend the first day figuring out how to get the heck out of there, and the remaining days figuring out how to never leave. Santa Cruz is no exception. I set my pack down on the ground, take a seat at the picnic table, and ponder the possibility of the 4:00pm boat back to the mainland.

I figure I will walk up to the Ranger's residence (she told us "Stop by anytime!") and ask if there is a possibility to change campsites to the more sheltered, therefore warmer area. If not, I will likely ask for a seat back on the 4pm boat. She tells me "No problem!" and gives me a list of available sites from which to choose. I select one nestled beside a sheltering bluff in the shade of a giant eucalyptus tree. 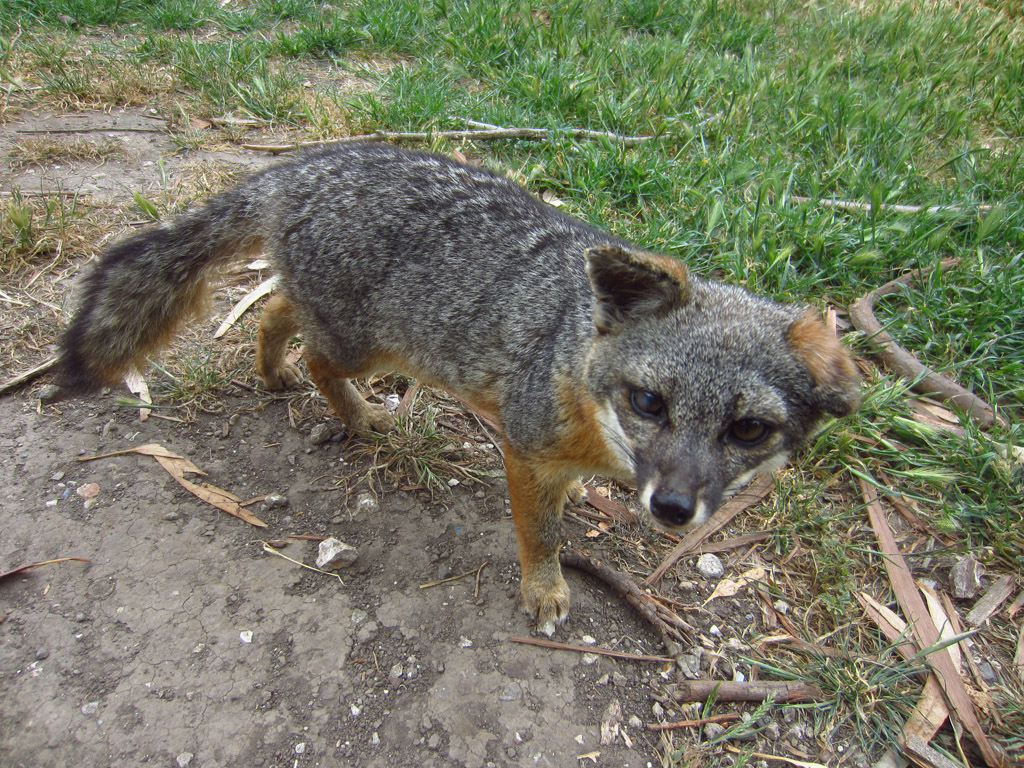 By midday, I have my tent pitched, and am just about to prepare lunch when I meet one of the island's many local inhabitants, the Island Fox, endemic to the Channel Islands. One of the smallest foxes in the world, it is the size of a house cat, 20% smaller than the mainland gray fox. They are sneaky little buggers, and if you turn your back for one second, you will be sharing your lunch with him. Don't ask me how I know...

The Channel Islands Visitor Center stresses that "half the park is underwater." Although I won't have the chance to submerge, I did come to spend some time on the surface kayaking the sea caves. I booked a tour with Santa Barbara Adventures, a company that accommodates both visitors from the mainland, as well as campers on the island. They supply all gear including wetsuits, spray jackets, dry bags, and helmets (mandatory if you want to tour the caves.) 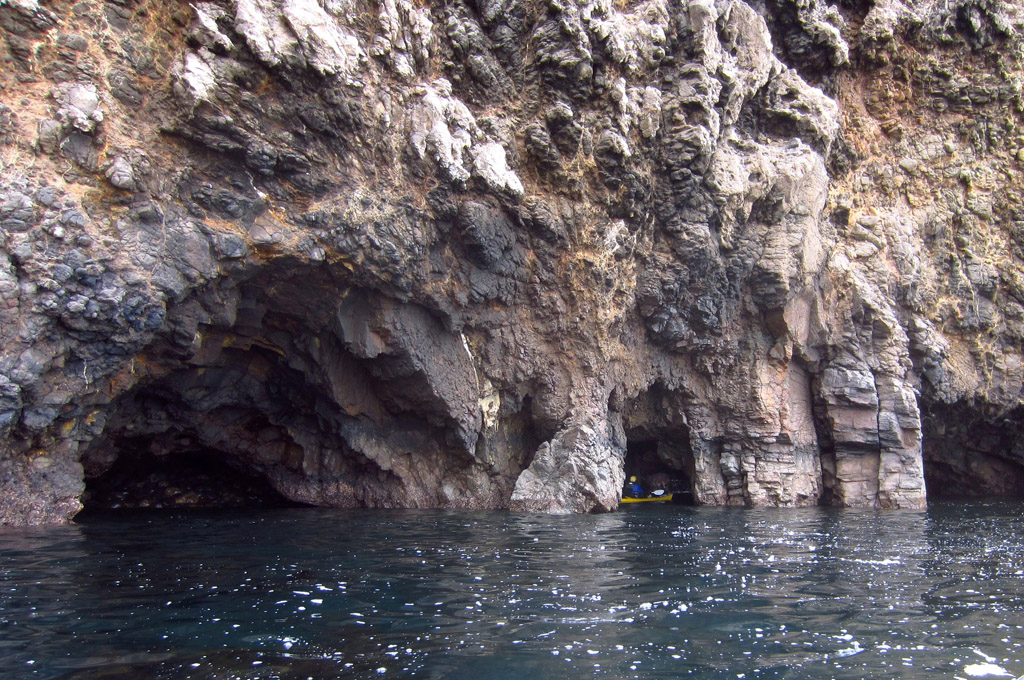 Kayaking through the caves is more fun than I had imagined. Often we enter into one opening and exit the other. We see napping harbor seals, roosting and nesting brown pelicans, cormorants, and the clumsy pigeon guillemots. The scenery is breathtaking. 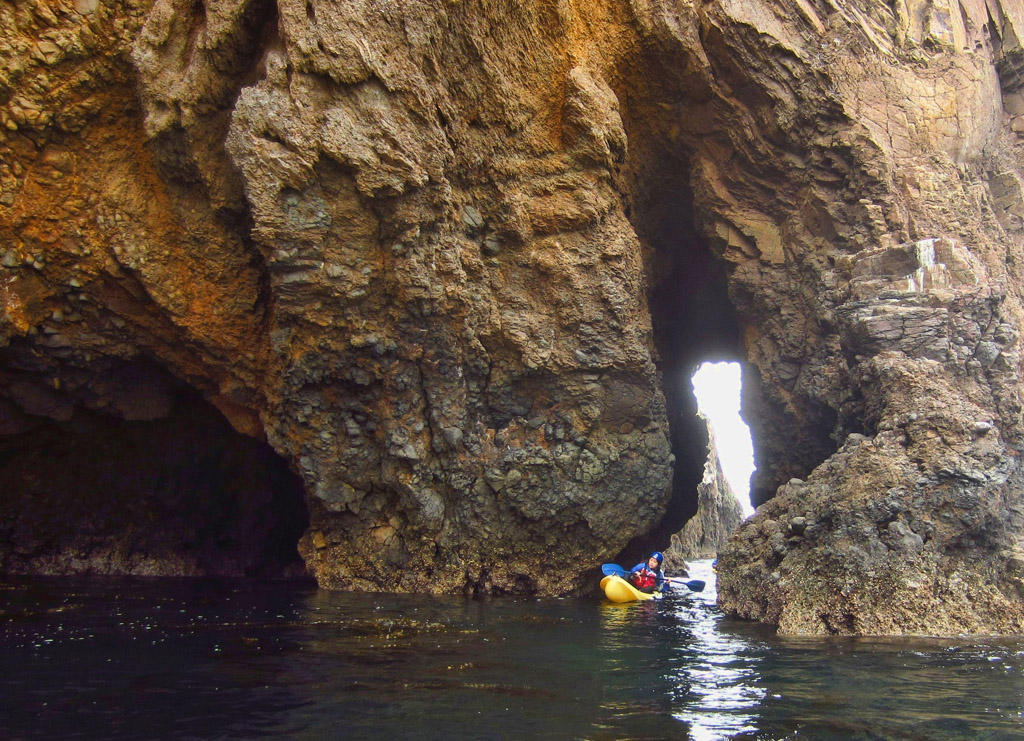 As one of our least visited parks in the National Park system, visitors rarely venture beyond the Robert J. Lagomarsino Visitor Center on the mainland in Ventura. Only ten percent of visitors actually travel by boat to set foot on the islands, as one need go no further than the mainland Visitor Center to get their National Parks Passport Stamp. Of those ten percent, only a lesser percentage stay overnight. 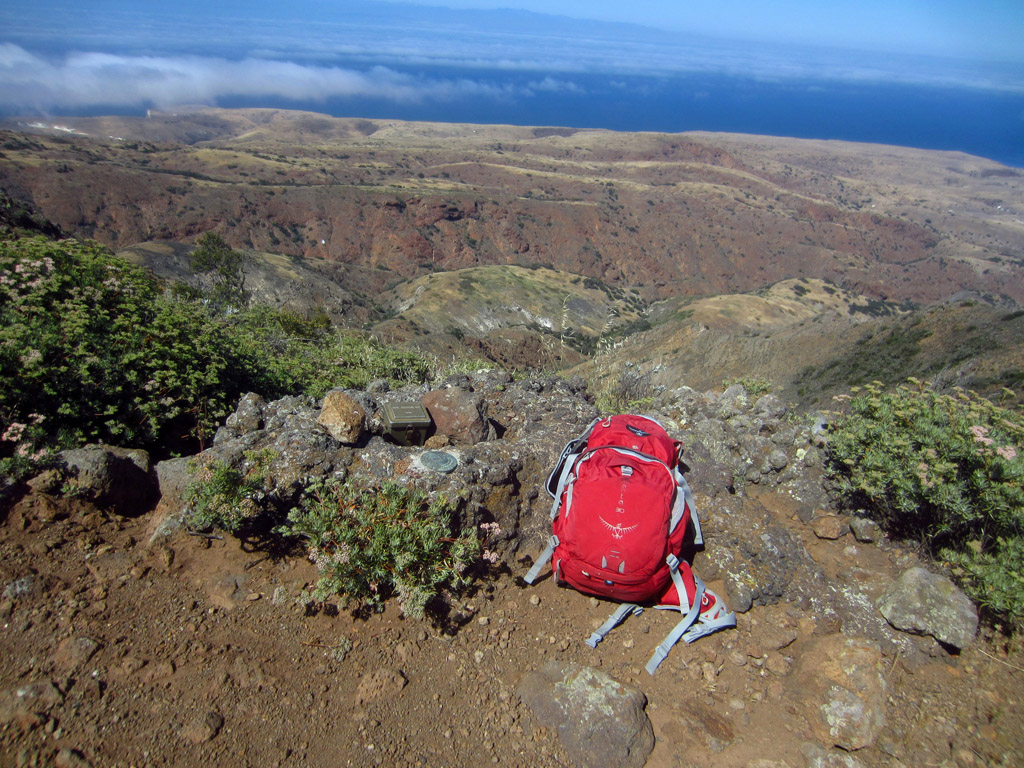 My assessment is of that small group, even less leave the Scorpion Cove area. What that translates to is feeling like I have the entire island to myself. I hiked 24 miles in three days, and saw a total of five other people. No doubt this will all change once peak season arrives...or even the weekend. But for now, I relish in the mid-week solitude of the barren "shoulder season." 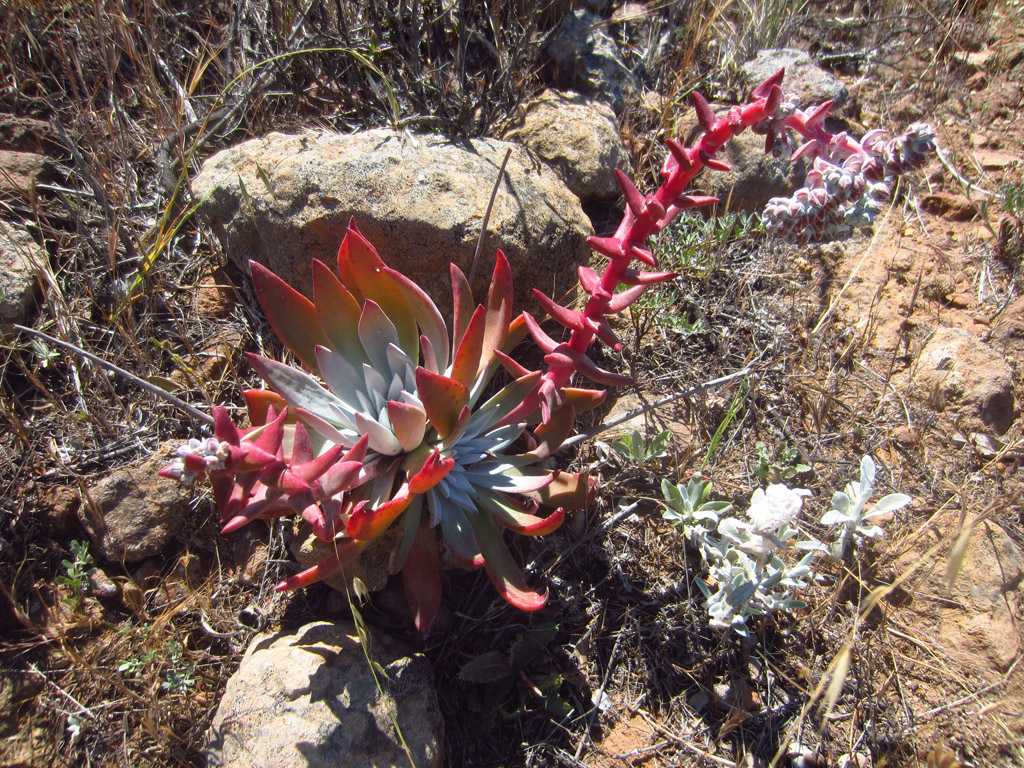 I enjoy long, slow hikes roaming across the grassy rolling hills, wandering along the paths that cling close to the cliff's edge, and hike up above the low lying clouds roiling over the hilltops like billowing smoke from a block of dry ice. I could walk for days across this island, taking in the change of flora and fauna, from the golden grain grasses left behind by the sheep farmers, their tassels swaying in the sea breeze, through the scrub oaks, home of the endemic Island Scrub Jay found nowhere else on earth. 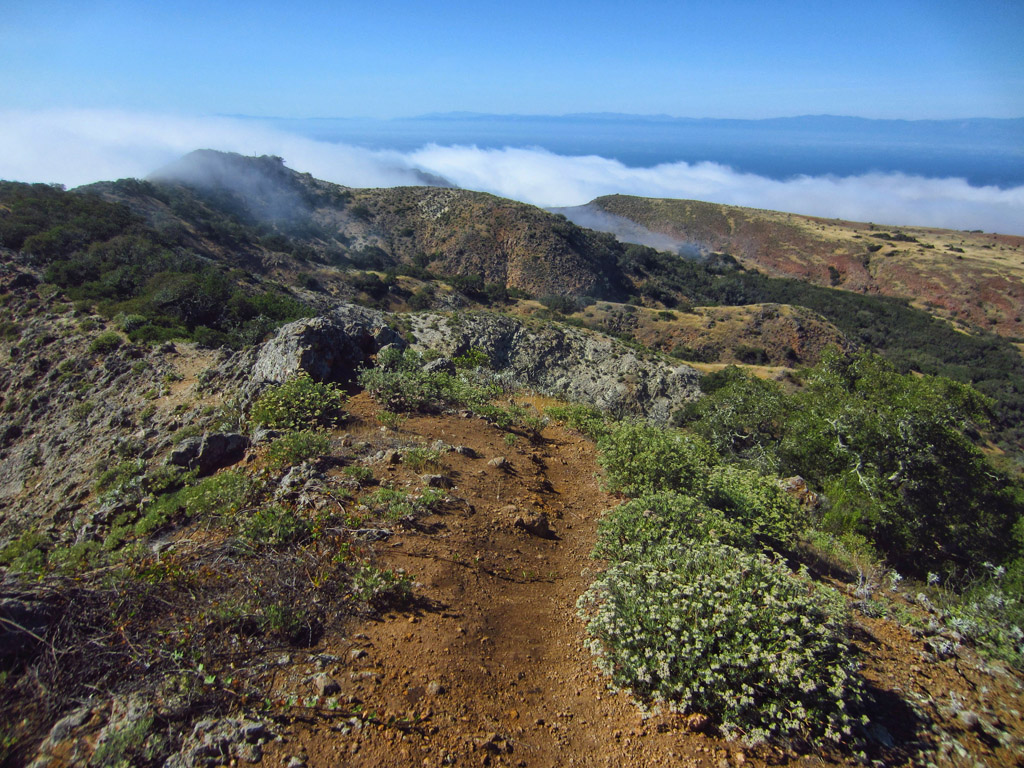 Walking amid the gnarled and twisted, lichen covered pine trees up on the high ridge trail, I watch the sea mist blow through enough moisture to nourish blooming lupine. A microcosm of sublimates, all in one magnificent place, all in exchange for leaving my comfortable rolling home behind and camping in a tent!