Reveling to Spain for the Freestyle Kayak World Championships

The Freestyle Kayak World Championships took place on June 29-July 6 in Sort, Spain. In order to compete in the championships, you have to make a team. In my case, that was team USA. Only three girls get to go to the World Championships for my age group and just making the team was a challenge -- not to mention, the actual competition.

Odds are that you have no idea what freestyle kayaking is, and you probably had no idea that such an important event for our sport even existed. Freestyle kayaking is surfing a standing wave in the river and throwing as many acrobatic maneuvers as possible in 45 seconds. Some tricks are flips, spins, cartwheels, and many others! 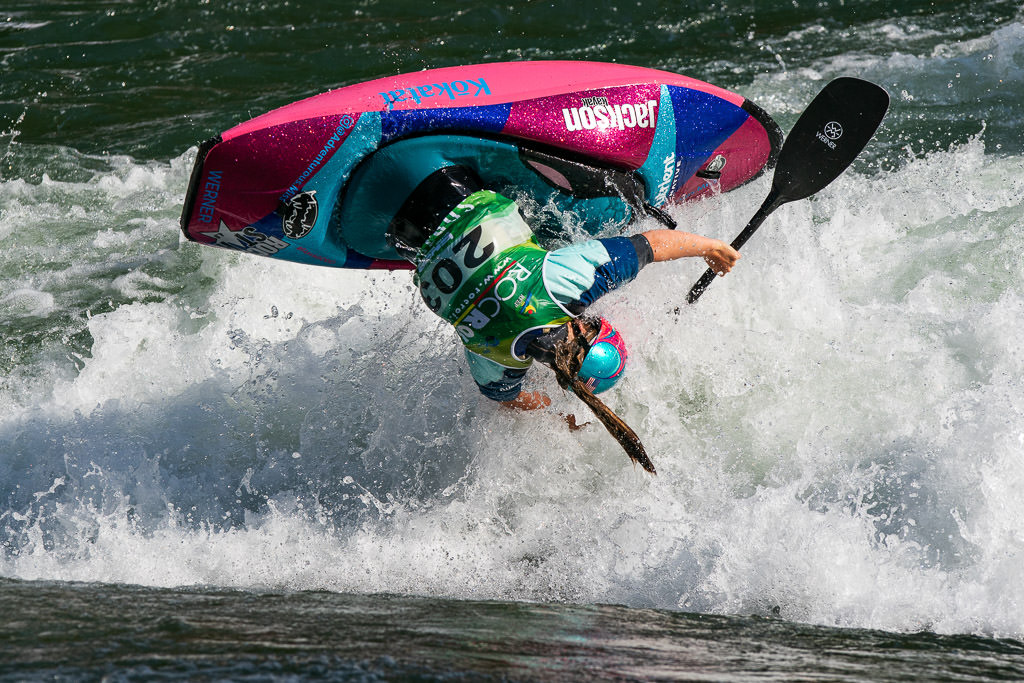 During Finals at the Freestyle Kayak Team Trials this spring, I nervously anticipated my last ride of the competition and paced back and forth, and back and forth as I went through my ride in my head. This was my biggest competition ever as making the USA Team has been a dream of mine since I spectated my first World Championships on the Ottawa River in 2015. Now, four years later, it was my turn.

To make the team, I had three 45-second rides and the ride with the most points counted. I took a deep breath and looked up and saw the head judge give me a big thumbs up, letting me know it was time for my ride. I paddled into the feature at the Nantahala Outdoor Center (North Carolina), and switched from nerves and joking around with friends to pure focus. 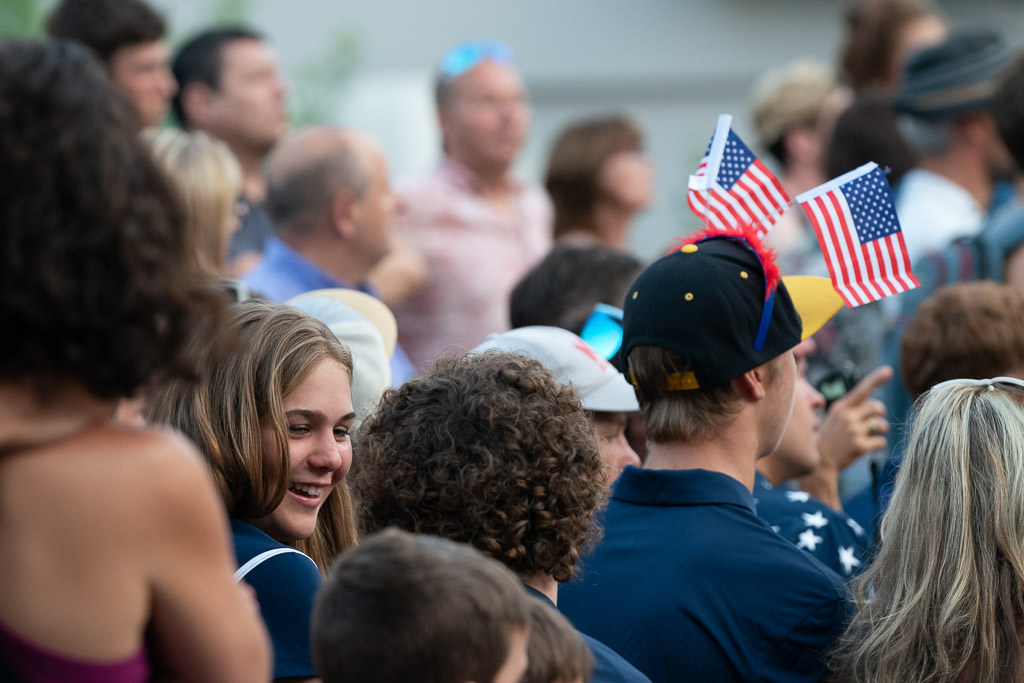 My body took over as my mind slowly faded to black. I couldn't see all the people spectating, or the judges, I couldn't even hear the crowds cheering. My brain turned off completely and I solely relied on feeling the water and muscle memory to complete the tricks needed to put me on the team. I snapped out of my tunnel vision when I heard the whistle blast, which alerted me that my 45-second ride was complete.

My mind slowly refocused back to the chaos and excitement around me. I noticed the crowd cheering loudly and looked up to see the judges calculating my score. I had put in everything to make the 2019 USA Junior Women's Freestyle Kayak team and the competition was stacked. I eagerly paddled back to the eddy with my friends as I awaited the final results. "And with that ride, Abby Holcombe has made Team USA along with Olivia McGinnis and Katie Fankhouser." When I heard the announcement that I had made the team, along with my friends, a wave of relief washed over me. I was beyond excited not only for the opportunity to represent the USA at the world championships, but also to explore the different rivers and towns of Europe. 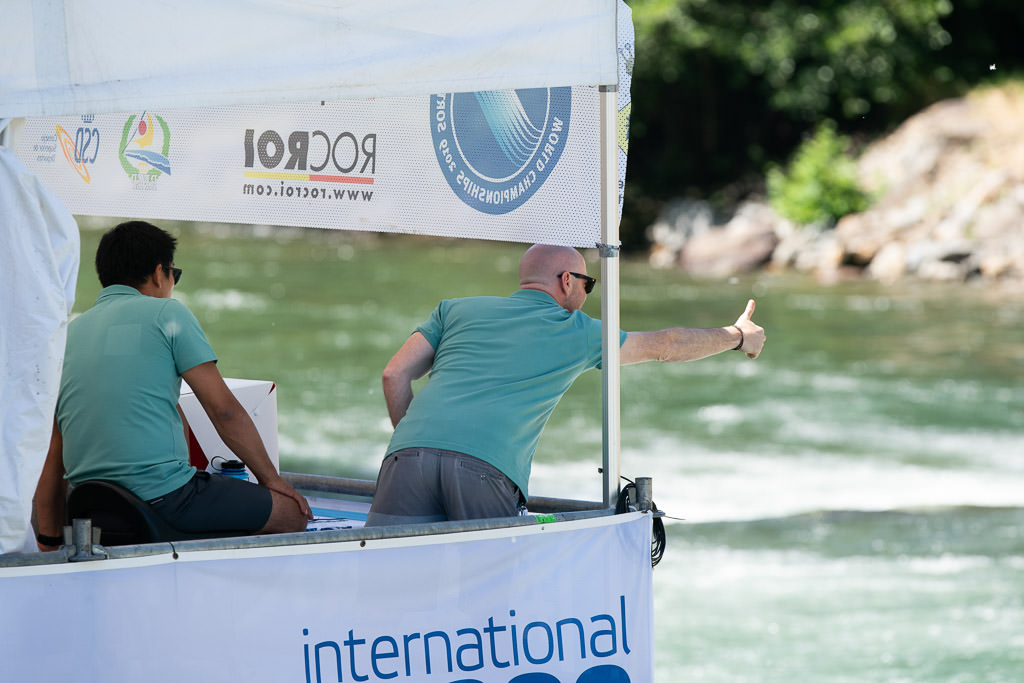 A Break from Full-Time RVing in Sort, Spain

Before I knew it, months of training and preparation whizzed by and we were sitting in the Zeebrugge Port in Belgium, waiting for the Revel to unload off the cargo ship. Once we were reunited with our rolling home, it was a mad dash straight to the river in time to train before picking up the keys to our apartment in Sort, Spain.

The time leading up to the world championships was very exciting, with so many new sights and opportunities around me. I was meeting new people from all over the world, getting to live in Spain for a month, and having an apartment for the first time in five years -- since we usually travel full-time in our Revel! 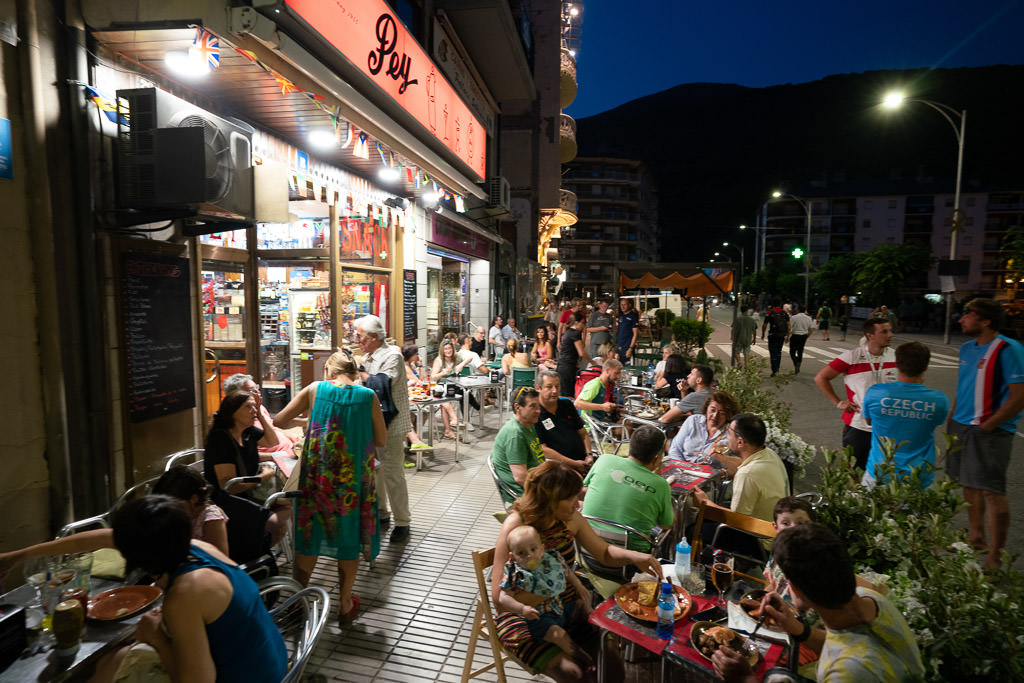 Our apartment had a kitchen with an oven, a bathtub, and I even got my own room! Since we were fully immersed in the Spanish lifestyle, I really got to understand the culture; from finding my favorite restaurants, learning that we were in an area where they don't speak Spanish but Catalonian, to figuring out the siesta hours.

During all this exploration, our beloved Winnebago Revel was parked right outside, shuttling me to and from the river for training sessions, while we stayed in the apartment. Even though the apartment and extra space really helped with my training, we were all eager to get back on the road after two weeks in one place. After all, we did ferry our van all the way to Europe in order to explore!

So, my dad and I loaded up the Revel and drove to Entressen, France, for a couple of days of training and my first international competition - my last opportunity to compete before the world championships. While most the other athletes training in Spain couldn't leave the freestyle arena, as they didn't have a vehicle with them, we were able to take our van and train in other freestyle features. After winning the Junior Women's Freestyle Contest in France, we headed back to Spain. 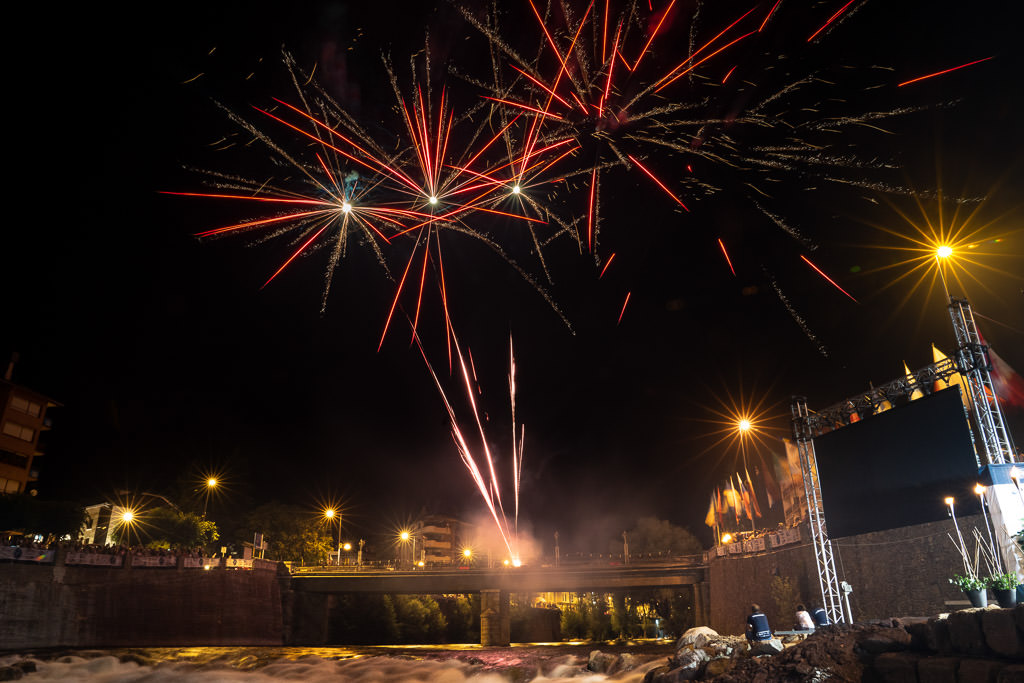 The next week was dedicated to Team Training, and while I thought that I would be able to paddle all day, every day for the final week leading up to the world championships, the reality of team training, meant I would only get to practice for three minutes a day to make sure every athlete and every country got equal training time. But those three minutes were amazing because not only was I paddling with people from all around the world, I was getting to paddle with World Champions. Unlike any other sport, in Freestyle Kayaking the Junior and Senior athletes get merged together in training to create a really supportive and energetic group dynamic. 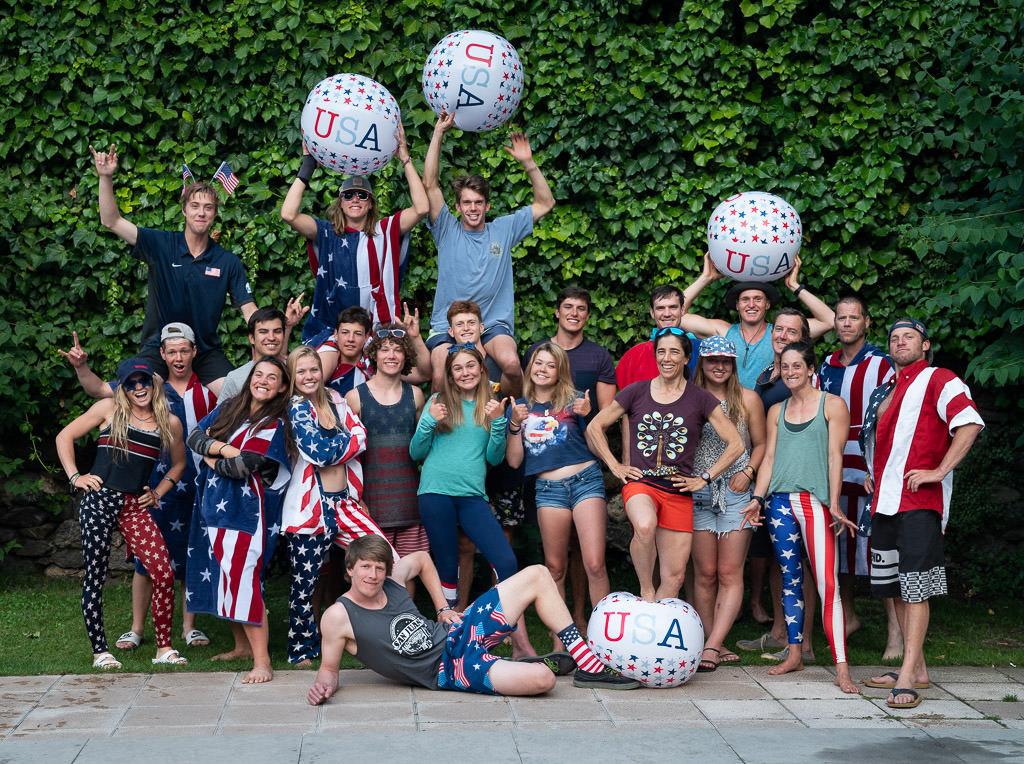 The world championships would consist of three rounds: a preliminary round that cut to 10 competitors, a semi-finals round that cut to five competitors, and finals where the World Champion was decided. By the time it was my turn to compete in the preliminary round, I was more than eager to get in my kayak. Prelims consisted of jitters and nerves as I had never competed in an event this big and was so excited.

To make it into semi-finals, I needed to be in the top 10. So, when I heard I was sitting in fourth place, I was more than excited and couldn't wait to get back on the water. Semi-finals and finals were jam-packed into one day. Not only did I make it through to finals, I had some of my best rides yet in semis and was so ecstatic to have made it through to the final round of competition. 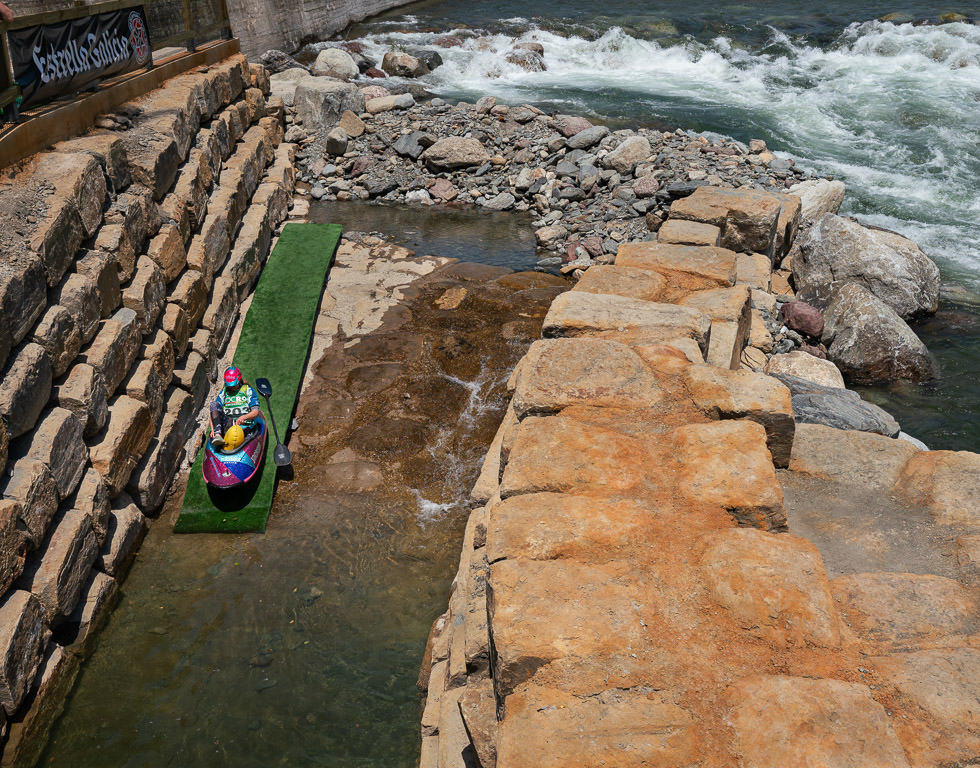 For finals, I had three 45-second rides and the ride with the most points counted. My first ride was disastrous, as this was my first time in the world stage, I was overly nervous and rushed all of my tricks, and when I looked up at the scoreboard after my ride, I saw a whopping 0 points.

Luckily, my last two rides were much more successful, and I managed to gain more and more points. In fact, my third and final ride ended with 300 points, landing me in fourth place! I am so incredibly grateful for all the people who made my first world championships so special and will always have such fond memories of Sort. 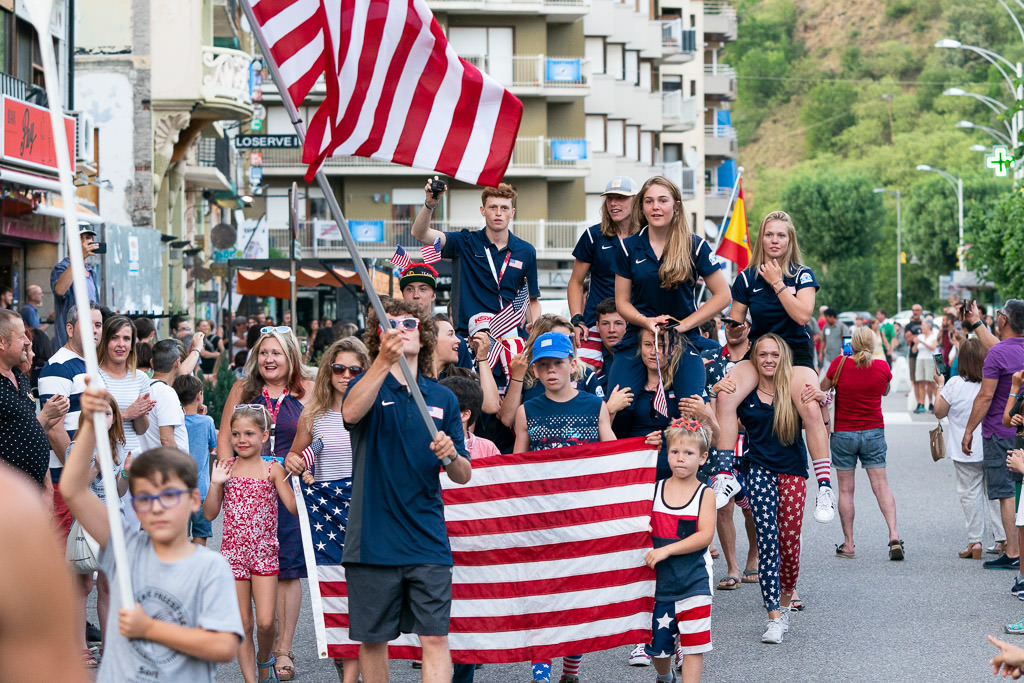 However, it's time to hit the road and get back into the Revel and see what else is in store for our European adventures! For more behind-the-scenes details about our road to worlds and time in Spain, check out this video from our #Famagogo Europe adventures.