As meticulously as I plan our summer road trips, I still treasure the chance encounter. Sometimes, there is simply an unforeseen convergence of time and place--you stumble upon an unexpected treasure.

Several years ago, on one of our first family RV excursions, we pulled into the cattle-ranching community of Elko, Nevada, halfway between Reno and Salt Lake City along I-80. We figured we would take a quick lunch break. Instead, we came upon Elko's annual Art in the Park festival. Ours became an afternoon filled with miniature train rides, balloons, snow cones, and row after row of artists' offerings. The kids were in heaven. Another time, we happened upon a midday music-and-burgers celebration in tiny WaKeeney, Kansas... and there was that farmer's market under a cloudless sky in Missoula, Montana... and a bustling Fall Festival in Corvallis, Oregon.

Geographic and chronological serendipity. And that's what happened this past Fourth of July near Dutch John, Utah. 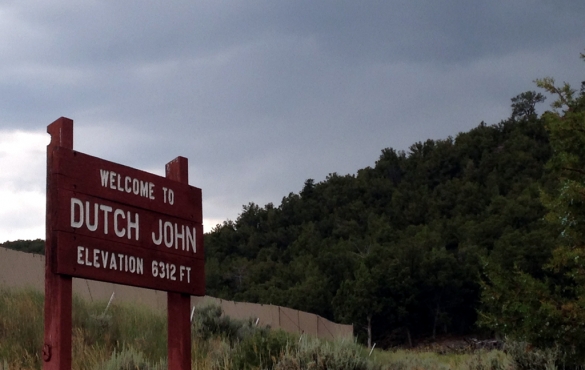 I supposed I laid the groundwork by trying to figure out an unusual place where we could spend Independence Day. Because of our annual summer trips, we have the luxury of picking a different spot each year--I mean, that's the best way to celebrate America, right? We've done the patriotic version--Mount Rushmore, Plymouth Rock. We've done the touristy version--Savannah, Charleston. And we've done the scenic version--Pike's Peak, Mississippi's Natchez Trace Parkway.

I wanted some sort of combination. Something colorful, perhaps nature's own fireworks. Something off the beaten path--no big crowds to stifle a sense of independence. Somewhere we haven't yet explored.

So we set off from our KOA Kampground in Rock Springs, Wyoming, and drove south along Highway 191, part of the Flaming Gorge Scenic Byway that circles 91-mile-long Lake Flaming Gorge. 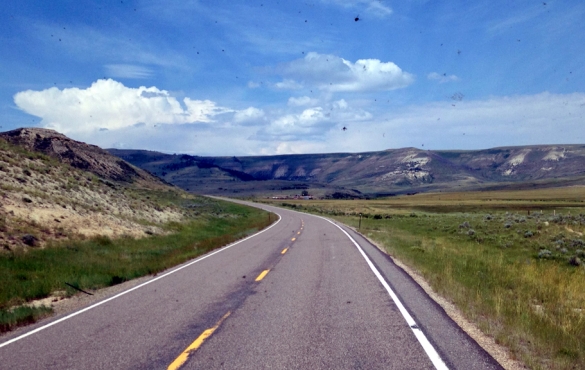 Flaming Gorge National Recreation Area, established in 1968, contains more than 200,000 acres of land and water almost equally divided between southwestern Wyoming and northeastern Utah. Famous for its trophy lake trout, the Flaming Gorge Reservoir attracts boaters of all kinds, not to mention RVers. The area offers a masterful palette--reddish-orange rock formations, salmon-colored cliffs, green forests lush with evergreens and junipers, crystal blue waters. It is like driving into a Crayola box. 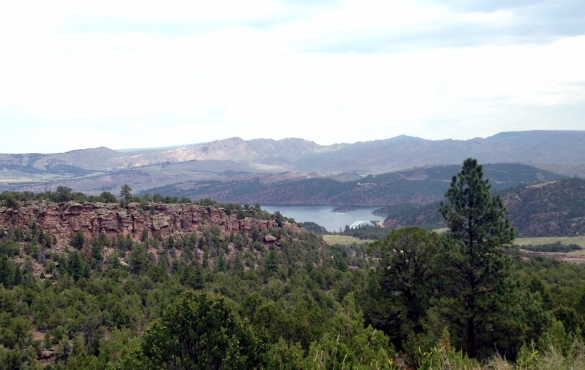 Flaming Gorge Dam, rising 502 feet high, impounds the waters of the Green River. It was that river that John Wesley Powell was exploring in 1869 when he and nine men in small wooden boats came upon the region. They saw the sun reflecting off the red rocks. Hence the name. The dam is pretty dam impressive, but I always prefer the view of the reservoir that it creates. 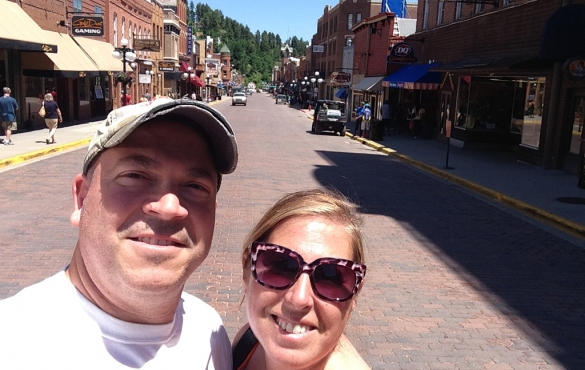 About four miles south of the dam, we reached Flaming Gorge Resort, which offers it all--a fly and tackle shop, a raft and shuttle, a general store... and the Pine Forest RV Park on the premises. Here, our backyard consisted of a meadow backed by grand vistas--and a birdhouse tree that approximated the colors of the surroundings. Serenity, indeed. 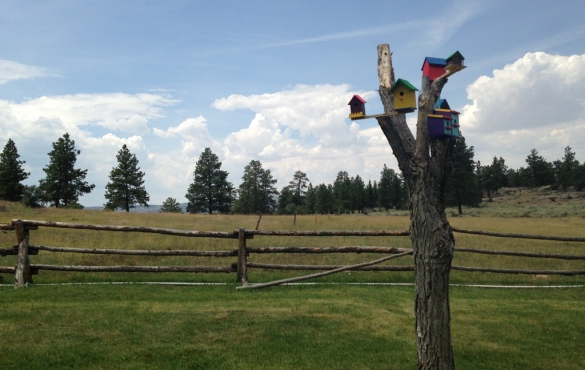 But about a quarter-mile from our campground, an easy stroll, the serenity was replaced by souped up engines. Here is where man-made schedules complemented the natural wonders to create an ideal Fourth of July. You see, every July 4th Flaming Gorge Resort hosts a Car Show. The tradition goes back only a decade. The cars? Much older. 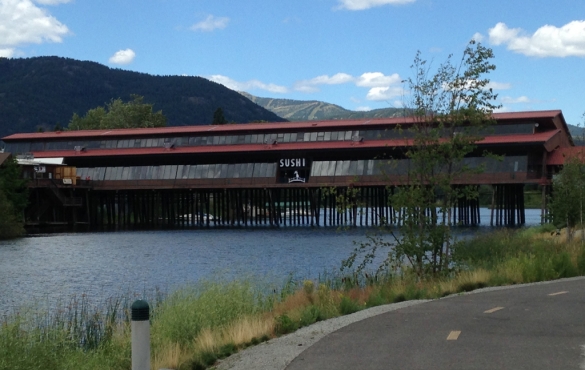 Is there anything more American than an Independence Day featuring wagon rides, jump houses, the perfect music (everything from "Footloose" to the theme from "Grease" and the four food groups of American carnivals (popcorn, nachos, snow cones, cotton candy), and cars. Lots of cars. 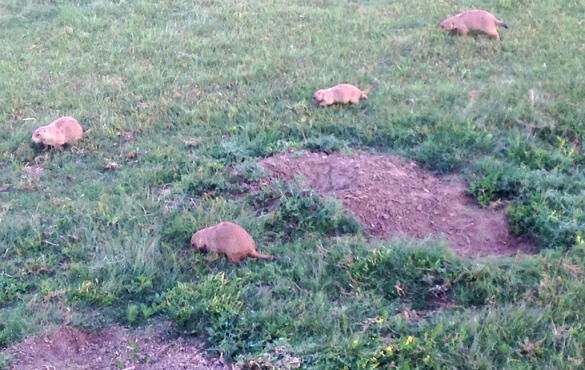 Now, I'm no gearhead. I can barely tell the difference between a V-8 engine and a V-8 vegetable drink. But I know special cars when I see 'em. Studebakers, Mustangs, Firebirds... A 1941 Packard Clipper. A 1957 Pontiac Chieftan. A Plymouth GTX and a Corvette Stringray, both from 1969. There's nothing quite like a classic. 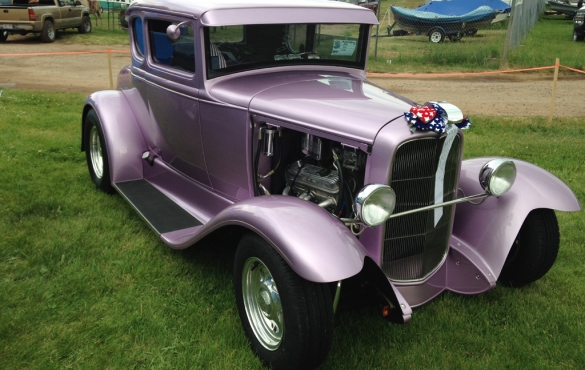 But as I wandered around these four-wheeled icons, I figured out what was missing--a classic vehicle redesigned, the kind of thing that has had our fellow campers nodding and grinning throughout our journey. I'm talking, of course, about this one... 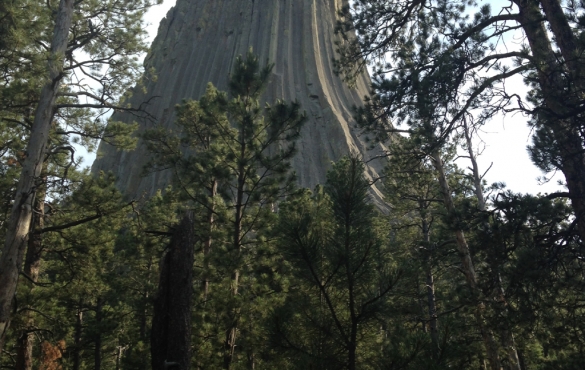 After strolling through the show, we wandered to the Flaming Gorge Restaurant and enjoyed a taste of trout almandine washed down with a "Golden Spike" hefeweizen micro-brewed in Salt Lake City. Fireworks for the taste buds.

But what about the actual fireworks? Well, we had it all planned. We were going to drive a few miles north back to Dutch John, enjoy some live music, and watch the sky explode in a frenzy of colors. But we were tired, and the sky was overcast, and drizzles were arriving. So instead, we climbed into bed and watched a movie.

After all, as evidenced by this whoa moment at Flaming Gorge's Red Canyon Overlook, we'd already spent the day oohing and aahing at nature's frenzy of colors. 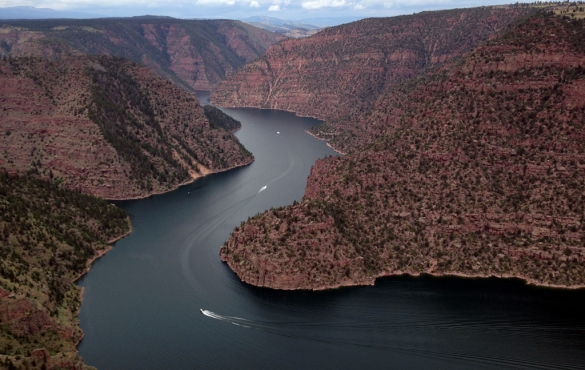