It's hard to describe World Championship Punkin Chunkin if you haven't seen it. Picture, if you can, pumpkins flying through the sky across a Delaware farm field, propelled by machines custom-made for the task. This weekend's trip was probably our fifth altogether, our second as parents and our first as RVers.

What makes the Chunk special is the amount of preparation that goes into every throw. In competition, teams only get to fire once on each of the three days of the festival. True, there are practice rounds. But you're building this machine and have to get it to Delaware, re-assemble it, and make sure it works at the precise moment. More than a few machines "pie," or break the pumpkin into bits as soon as it goes airborne. But some set records, even as far as almost a mile.

The food isn't the mid-Atlantic's vegan-friendliest fare, and we're always a bit saddened by the number of confederate flags on display (being a multicultural family and all). The election a few days away gave the event a slightly different tone, with yard signs and t-shirts aplenty. But folks are friendly, and we're big fans of the manually-propelled machines like catapults and trebuchets. 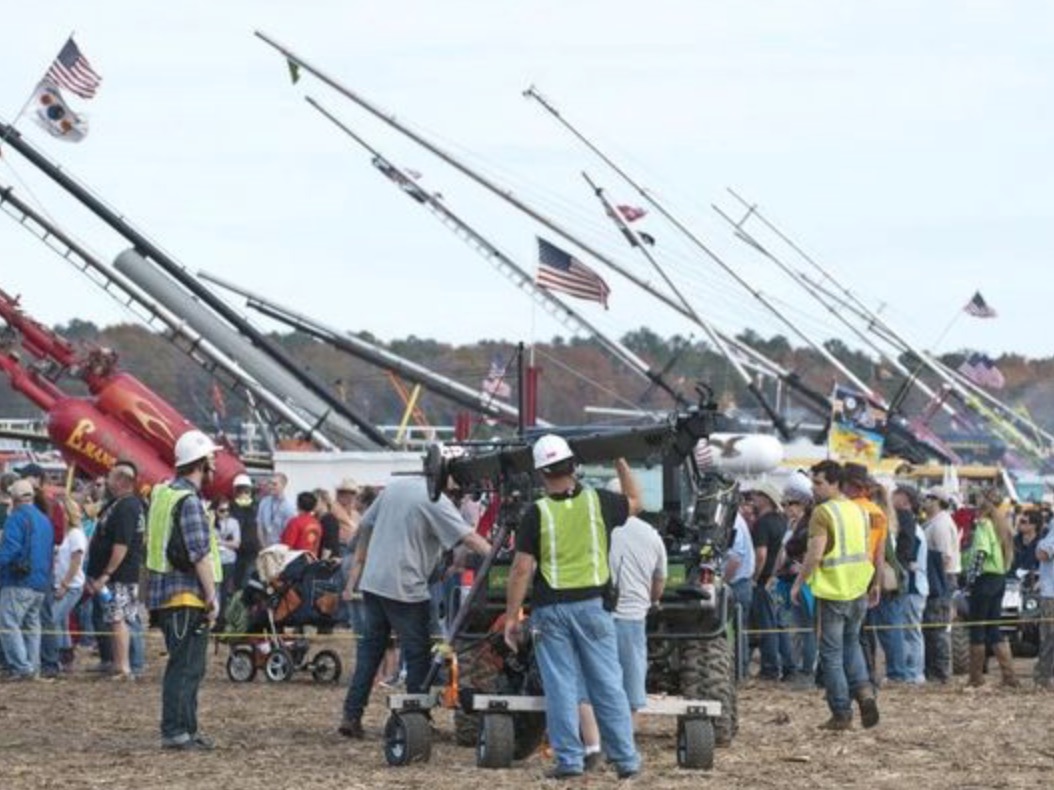 Though the festival has had a few years of hiatus, it still draws crowds by the hundreds and gets airtime on basic cable. (Unfortunately, this year's version also got the wrong kind of attention for an accident that happened after we left.) And though the participants must be prepared to the utmost, we were less prepared for our trip than we've ever been -- on purpose.

Having Roxanne has allowed us the kind of flexibility we'd never really attempted in our travels before. We are master planners. It's not uncommon for us to make international trip plans nine months in advance, or commit to a camping trip a half-year out. 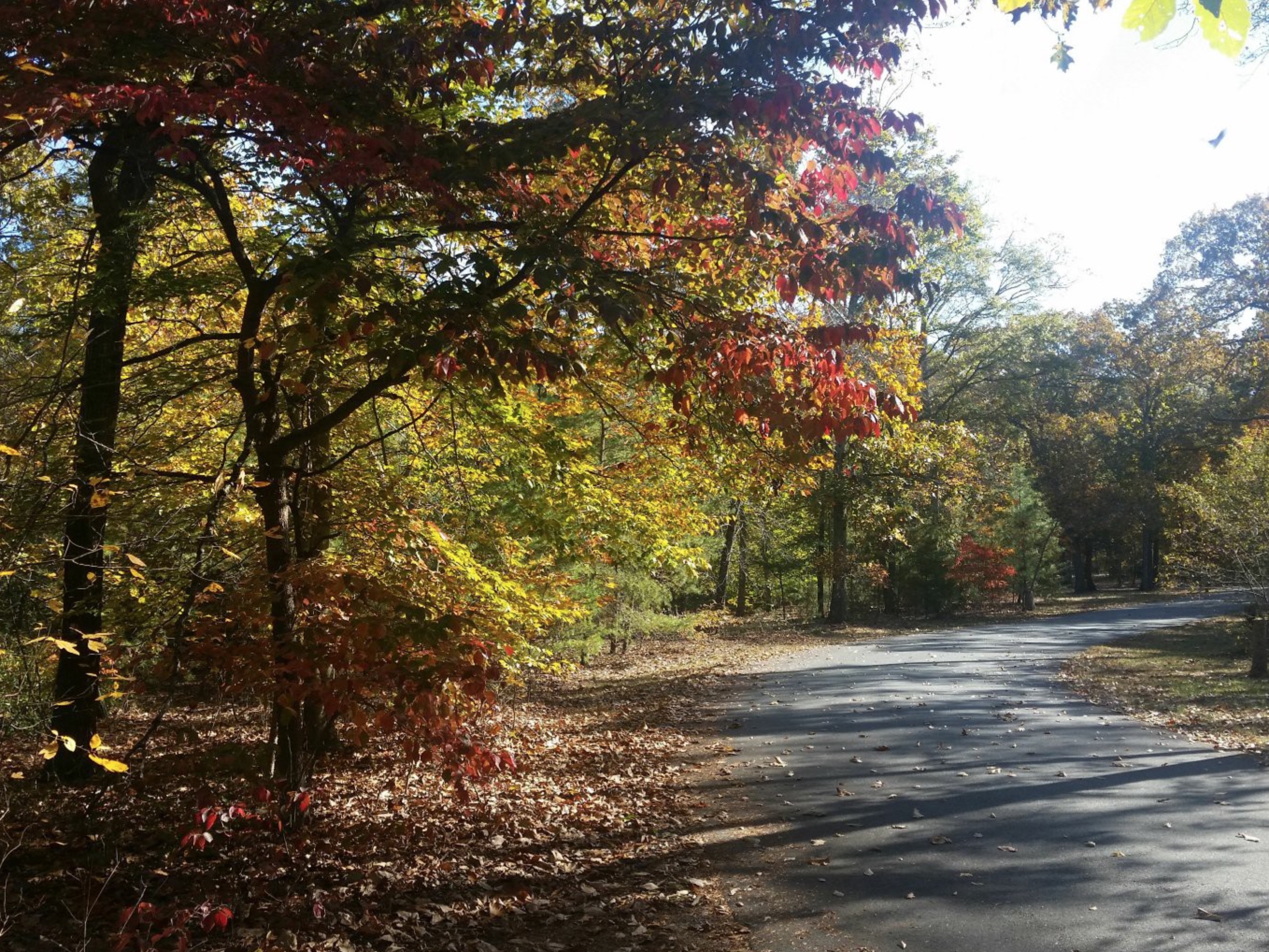 In the past, we've firmed up our Punkin Chunkin plans very early in the year. It's about a two-hour drive, across the Chesapeake Bay Bridge and through Maryland's Eastern Shore. We'd usually sublet a condo in Rehoboth Beach from a friend. But that's pretty far away. And we have an RV now. We bought the tickets in August and made a tentative plan for sleep.

The best option available -- NOT at Punkin Chunkin

RV camping was available on site, but it was expensive and offered absolutely no hook-ups. More than likely, it would also be very loud. There were hotels within a 20-minute drive, but they were filling up fast and charging more than a room in Delaware should cost. So we figured we'd go wally-camping: boondocking at the nearest Wal-Mart as we did this summer in Pennsylvania. It's not fancy, and it can be bright, but it's free.

We were with two other families: one with a toddler and relatives in the area and a pair of grownups who planned to high-tail it back to Virginia after dinner. 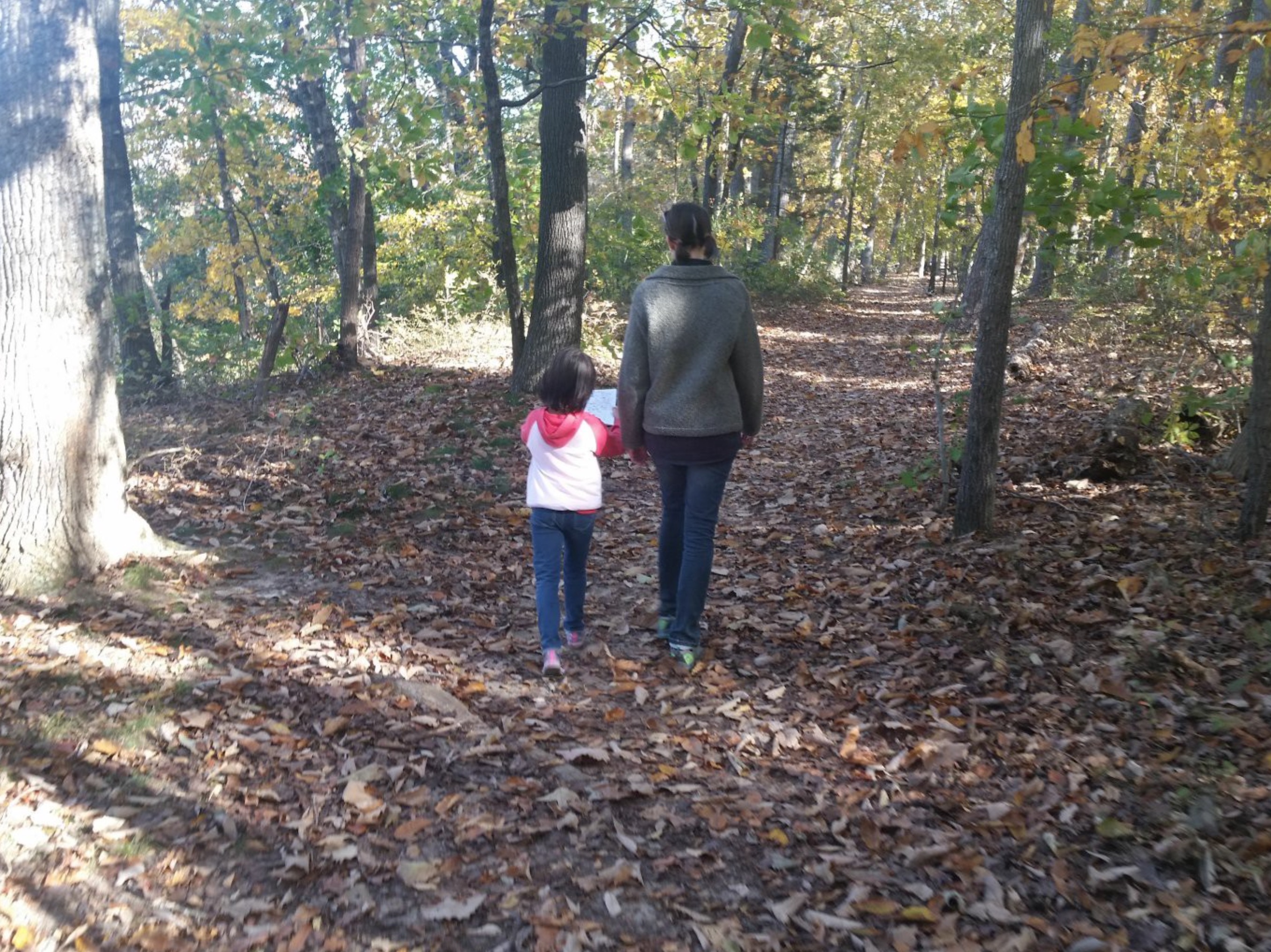 The day before our trip, we discovered a Maryland state campground a half hour away from the Chunk and on our way home. We'd passed the deadline for reserving a site online, so we decided to just wing it and head over there at the end of the evening. I'd need a place to dump our tanks Sunday morning anyway. So no Wal-Mart for us.

We spent a few glorious hours chatting and watching the pumpkins fly, wincing a little bit each time an air cannon fired. Our toddler-toting friends peeled off early.

Having the tallest, reddest vehicle in the lot has its advantages when you're trying to find your wheels! After a couple of quick Roxanne tours and bathroom break (on board), we were off to a Mexican restaurant in nearby Seaford. We drove past the onsite RV camp and saw rigs of all sizes packed together like metal sardines. No thanks.

Dinner was good, cheap and got done early. XY did her usual trick of falling asleep with her head down on the dinette almost as soon as we left the parking lot. Lindy and I looked at each other and realized we could be back in our own beds by 9:30, but we'd have to kick out the house-sitter. Plus we had beds right behind us.

Better than a Wal-Mart 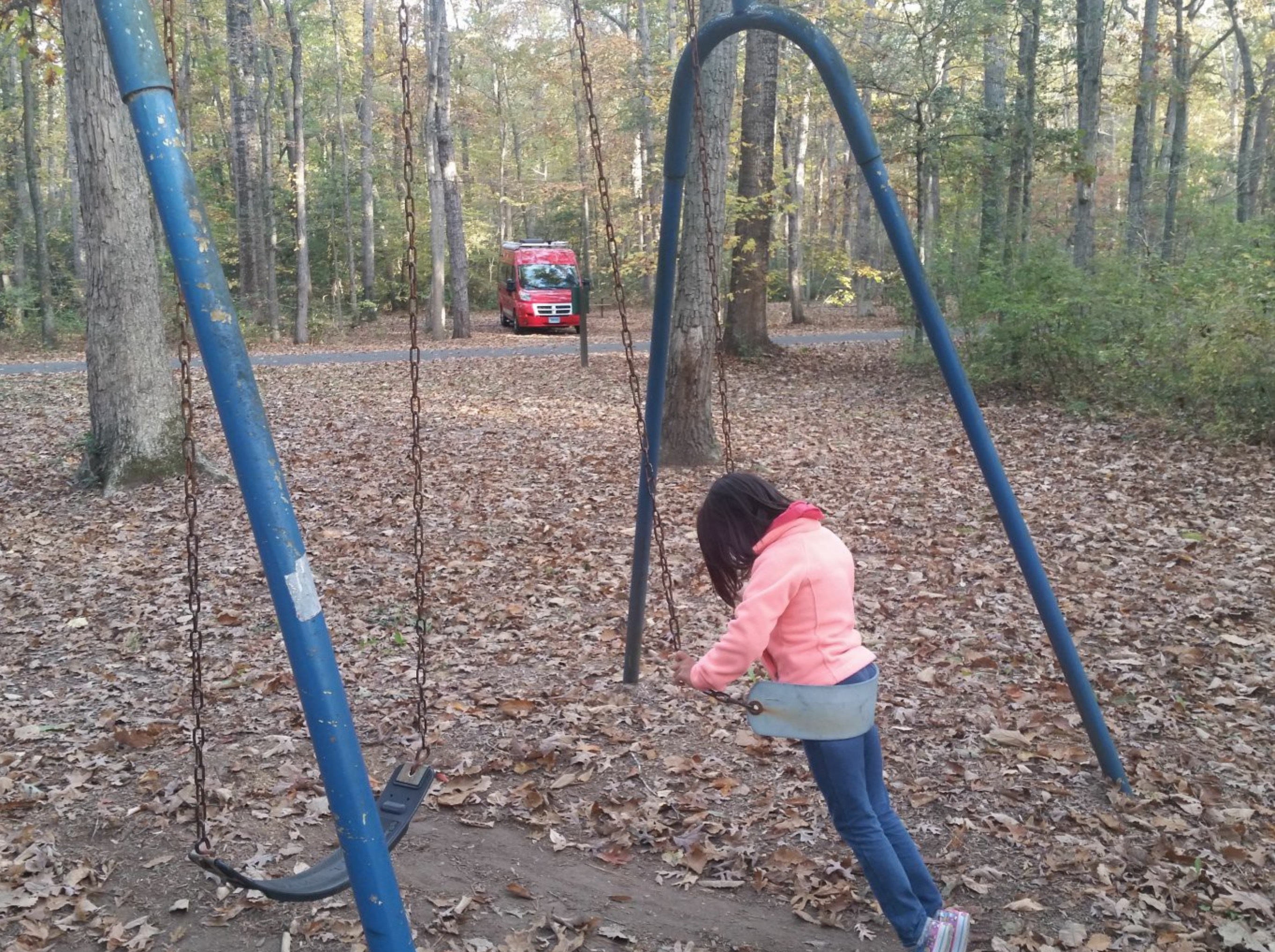 So we pulled into the pitch-black Martinak State Park, on the Choptank River and just across the border in Denton, Maryland. Turns out there are two camping loops: one with electric sites for RVs and another with cabins and smaller, primitive sites with no hook-ups. And of course, because it was 8:30 at night during a big festival a half-hour away, all of those electric sites were reserved. (Some of them were empty, but we didn't want to squat and get kicked out in the middle of the night.) We scoped out the other loop and found a spot without any neighbors.

Thank goodness for our Class B RV that's built inside a regular cargo van! With a little help from the outside LED light on the passenger side, I slid Roxanne backwards between two trees like a boss. We had the kid unbuckled, shoeless and horizontal in a quick minute, with our bed down too. And with propane to run our refrigerator and our heater, we didn't need electricity anyway.

We slept soundly and comfortably, but the best part of our almost-spontaneous choice of campground was the next morning. It was a glorious fall day on the East Coast, barely chilly. We were surrounded by great fall color.

Had a nice nature hike, got stuck in horrendous Bay Bridge traffic because of a 10K, and made it home by lunchtime. Our almost-spontaneous fall morning was orders of magnitude better than sleeping in a parking lot. It was calm, relaxing and natural. It also wouldn't have been possible if we had a bigger rig or had come down in our car like we'd done in the past.

We'll remember the campground next time we go to Punkin Chunkin. And we'll probably make reservations too.