Los Alamos: From the Ancients to the Nuclear Age

The northern New Mexico landscape that inspired Ansel Adams and Georgia O'Keefe also served as a backdrop for scientists looking inward to unravel the mysteries of particle physics. The success of their nuclear efforts in the secret town of Los Alamos manifested itself about 200 miles south on July 16, 1945 when the "Gadget" unleashed the energy of 20,000 tons of TNT and gave birth to the nuclear age.

Over fifty years ago I can still recall the view from the back seat of my parent's Oldsmobile as we climbed up a steep mesa road towards a manned security point complete with a guard tower. For reasons that were cloudy to a younger mind my parents had friends who lived in Los Alamos. My dad's friend Jack worked as a scientist for the government and that was all they (or I) knew. I remember pulling up to their modest ranch style home, driving through the small secret town, and then cruising up to the Valles Caldera, the site of an ancient volcano.

Volcanoes, secret government city, and atomic bombs! Man, it couldn't get any cooler for a third grader. 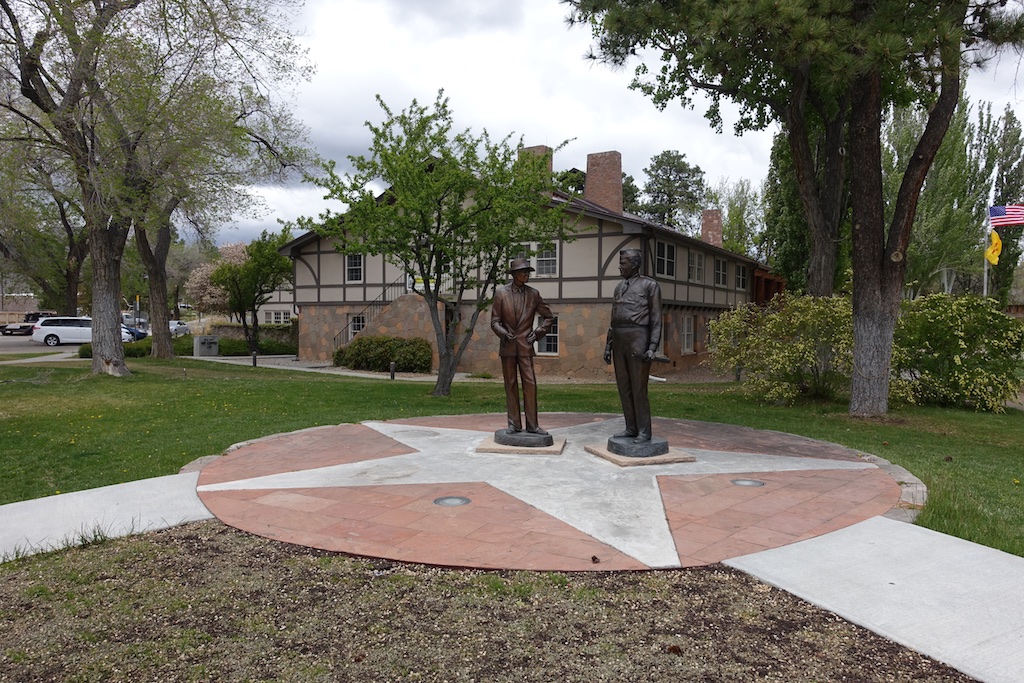 History in bronze. Dr. Robert Oppenheimer provided the science and General Leslie Groves the logistical push to rush the Manhattan Project to completion.

Fast forward fifty four years later and this time I was in the front seat and behind the wheel as we drove up the mesa's incline. To the left the guard tower still stood, but was now empty and served more as a welcome landmark to a substantially larger town with a small downtown of mid-rise buildings and strip malls. 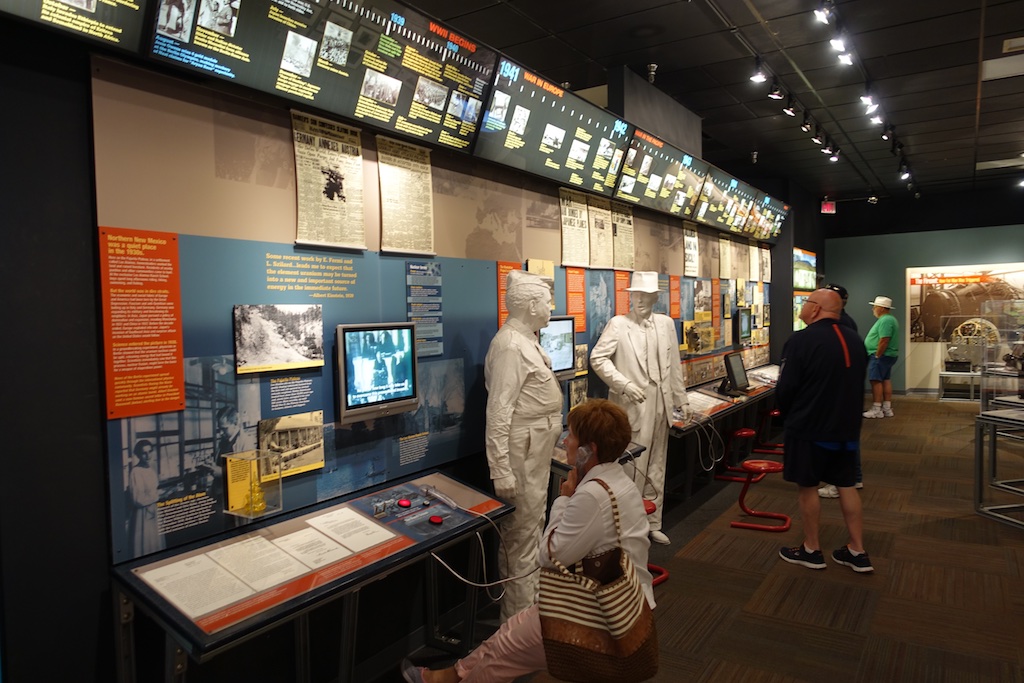 Some of the many engaging displays in the Bradbury Science Museum.

Los Alamos actually sprawls across four mesas. As you come into the main part of town on East Road, find your way to Central Avenue and the Bradbury Science Museum. Admission is free and you'll get both an excellent deep dive into the Manhattan Project history, but also nuclear physics. There are many state-of-the-art interpretive displays and a somewhat dated, but nonetheless interesting video in the museum's theater. One takeaway observation from the video was that the average age of the engineers and scientists of that era would have been like our millennials of today. The young indeed do change the world. 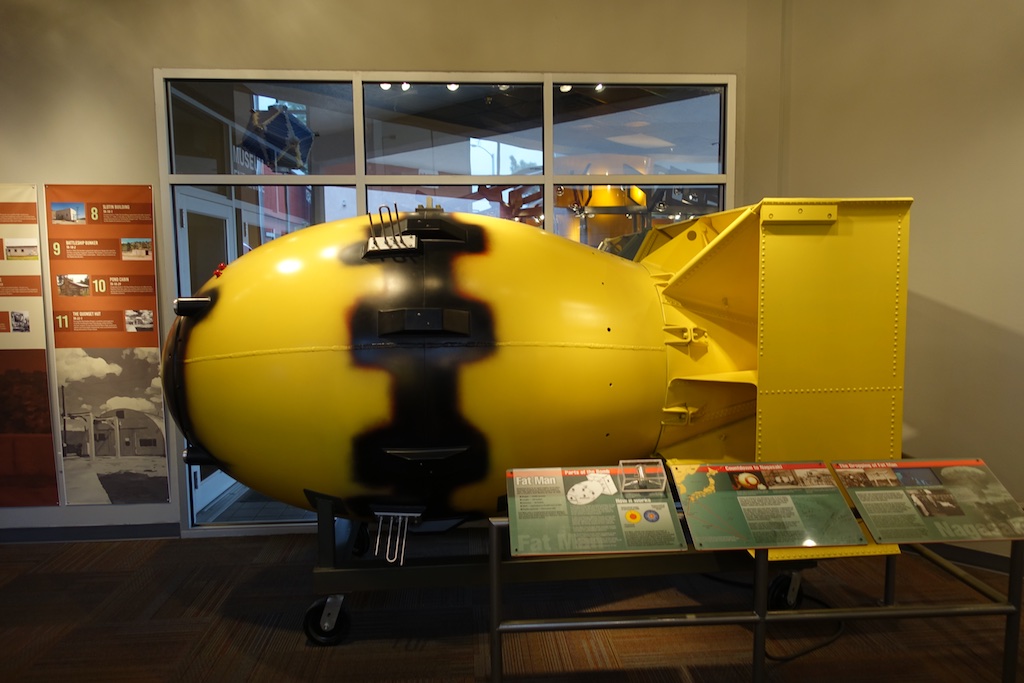 A full sized replica of Fat Man, the first plutonium-based bomb, that was dropped over Nagasaki to end World War II.

Nuclear fission can work up an appetite and it was suggested that we have lunch at the Blue Window Bistro about three blocks to the east of the museum. A good local tip, with a diverse menu and excellent food.

If you're a hiker there are lots of rim trails that weave through the town's mesas. Just ten miles away is Bandelier National Monument which has a small collection of Ancestral Pueblo dwellings that are easily accessible by a gentle 1.2 mile loop trail.

The Valles Caldera National Preserve is in the same direction as Bandelier and is 14 miles out of town. There's 54 miles of biking and hiking trails and it's the perfect place for cooler weather if you're visiting in summer.

Though Los Alamos is only a thirty minute drive from Santa Fe, it's often overlooked as a tourist destination. But this scenic area is worth a big bold circle on the map. From ancient native ruins, to the birthplace of the nuclear age, the contrasts in both history and topography are impressive. And while the Los Alamos area is easily reached, it's not particularly RV friendly. There are no nearby campgrounds, though there is big rig RV parking on the east entrance. The road up to the mesa is steep and without shoulders, but built to handle full-sized semis.

A great place to start planning a Los Alamos visit is on their web site which also includes some useful downloadable PDF maps. Look for the free visitor guide at the museum and other locations with good fold-out maps and plenty of local information.