When PBS aired a six-episode series about American wonders in 2009, it gave it this title: The National Parks: America's Best Idea. From Acadia to Yosemite, from Alaska to Florida, it was a celebration of the people and process who devoted themselves to protecting precious portions of land. So the least we can do is visit these places and appreciate them. Here are eight for any to-see list: 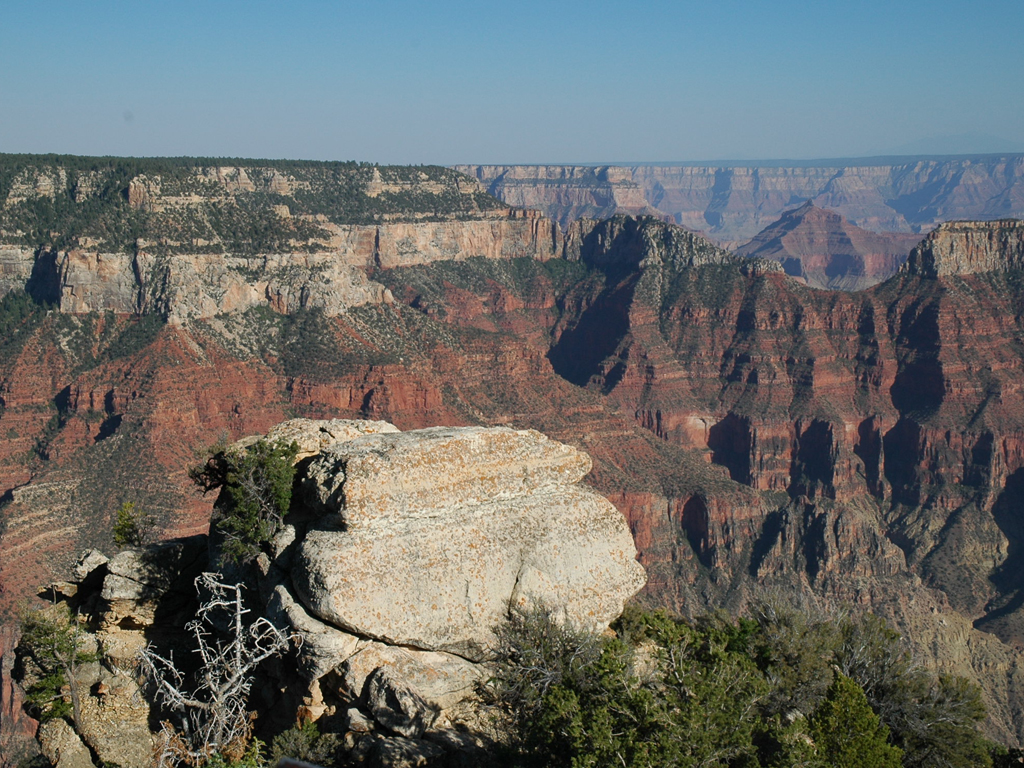 Grand Canyon is just one of those things--like the volume of a Sequoia tree or the power of Niagara Falls or the immensity of Montana's Big Sky--that you just have to visit to truly understand. Although it is Arizona's #1 tourist attraction (about five million visitors), only about 10 percent of the sightseers enjoy the scene from the North Rim. But I prefer it over the South Rim. It's a bit more out of the way, a lot less crowded. And it feels more rustic, less of a tourist attraction, more of a natural discovery.

A suggestion: Pick a good time of year to visit (late September, when the aspens are changing colors, is pretty special). And pick the right time of day to get your first glimpse, too (like, for instance, just as the sun begins to descend, turning the canyon into a canvas). You can park at a campground just steps from the North Rim, hike about a mile-and-a-half to Bright Angel Overlook... and gawk. Or you can make your way to Grand Canyon lodge and grab an early dinner--not necessarily in the dining room, there, but just a couple of sandwiches to go. Then snag a couple of chairs on a patio overlook and chew on scenery so spectacular that it truly can't be swallowed whole.

In search of the fabled Seven Cities of Gold, the first Europeans sighted the canyon in 1540. Can you imagine essentially stumbling upon a hole larger than Rhode Island, a chasm 277 miles long (in river miles) and up to 18 miles wide? If it still takes our breath away when we know what to expect, when we've seen pictures, when we understand that it's a Natural World Wonder... can you imagine their awe? 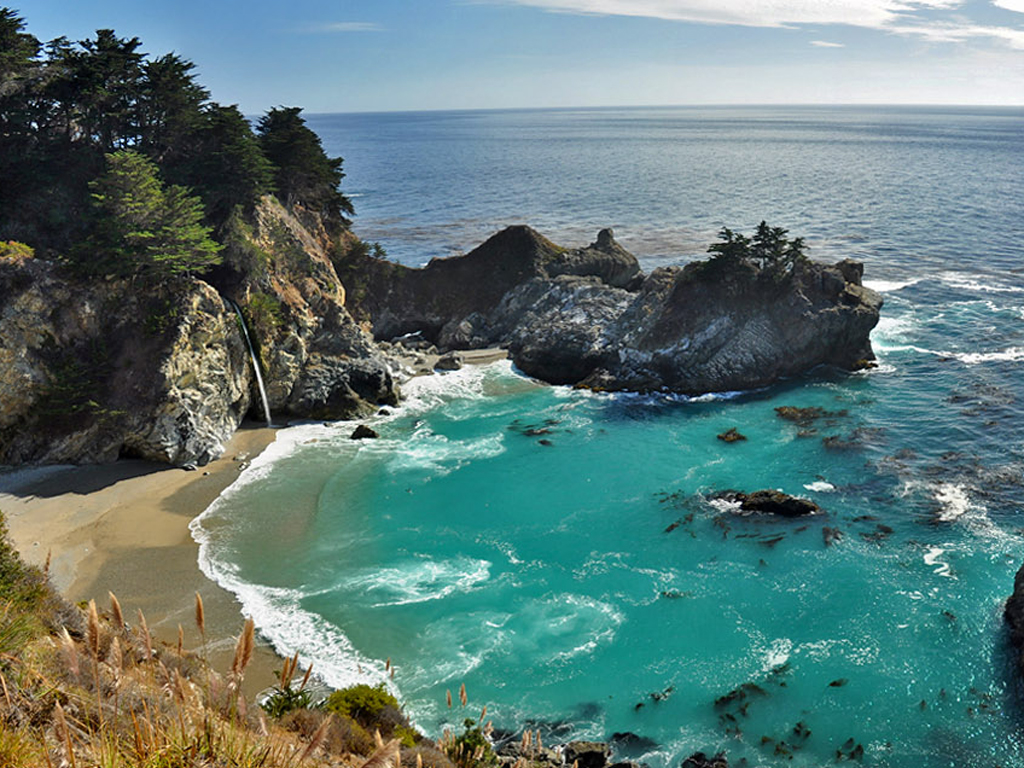 A trip to Pictured Rocks National Lakeshore requires only choices: Do you want to drive through Michigan's Upper Peninsula from the west or the south? You can't go wrong. And then, when you arrive at this most picturesque spot along Lake Superior, do you want to marvel at it from land or sea?

You can climb aboard a boat for a three-hour tour (insert "Gilligan's Island joke here). You'll cruise past masterpieces of many colors painted by minerals on cliffs hundreds of feet high--the red of iron, the blue and green of copper, the black of manganese. You'll see rock formations that suggest a massive lakeside sculpture garden--Miner's Castle, Battleship Row, Indian Head. You'll spot caves and arches carved into the underside of the cliffs and waterfalls cascading into the coldest and deepest of the Great Lakes. And you'll gasp at a single tree on a rocky outcropping that has become a sculpted island of its own, a tree that draws its sustenance from roots that stretch over to the mainland. Remarkable.

Or you can opt for the driving version--along serene Highway H58--stopping here and there to hike and stare and smile. Stop at Log Slide Overlook, a sand dune leading to the lake that was once a log flume. Newspaper accounts tell of logs sent down the several-hundred-foot chute and generating enough friction to catch fire. You can view Miner's Castle from a completely different perspective. When you look down on the nature-carved beauty alongside the clear green waters, you'll wonder if U.P. really stands for unparalleled. 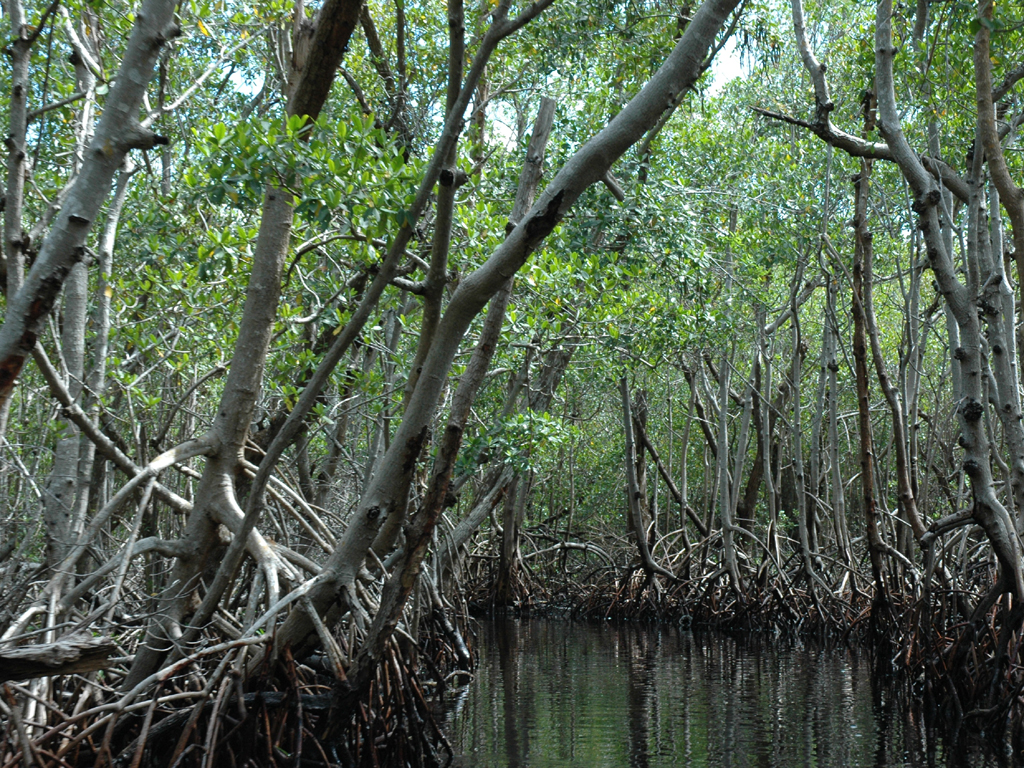 If there is a national park most unlike any other, it may be this one. The Swamp. Gator-and-mosquito country. The Everglades.

There are, oh, about a gazillion airboat operators in this part of southern Florida--airboats basically being boats in which the motor is a sort of massive fan mounted behind you. So they can glide on a couple of inches of water. The narration will often leave you wondering if you should wince or grin, like when an 11-foot, hungry-looking alligator approaches, and the driver announced, "Well folks, you're looking at a living, breathing dinosaur... He's looking at a buffet." Indeed, as you steer along the creek and bays of the swampy outback, through a tunnel of mangrove trees and a tropical maze of routes and branches, you'll feel like you're on a Disney Jungle Cruise made intimate and real.

You'll see plenty of alligators from up close (careful, they can rise six feet out of the water to grab their prey). You'll probably glimpse a stately blue heron or a fearless brown pelican (they like to plop themselves on the airboats) or perhaps one of the more than two-dozen kinds of snakes in the Everglades. "But don't worry," the driver might grin. "Only four of them are venomous. And only a handful of those drop from the trees onto unsuspecting boats." 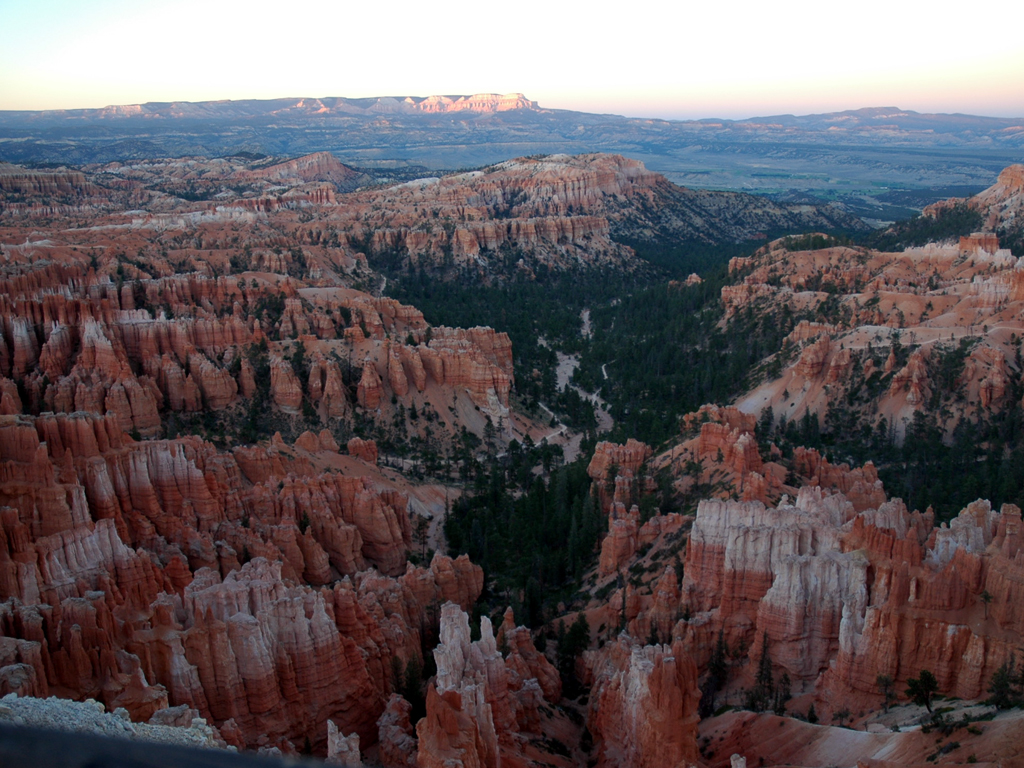 Here's one perfect way to experience Utah's Bryce Canyon: Start with Inspiration Point. Park in the expansive lot, grab a homemade meal, stroll up to the overlook and marvel for a few moments at the hoodoos and spires, the salmon-and-forest-green cliffs, a place so otherworldly that episodes of "Star Trek" were reportedly filmed there. Then walk along the rim until you locate a flat-topped bench, hewn from half a log, sitting just a few feet from the precipice. As the sun sets, watch as a parade of hikers far below make their way along the nearly three-and-a-half-mile Queen's Garden and Navajo Loop Trail. And enjoy perhaps the finest dinner table and view you've ever snagged.

The next morning, you can hike the very same trail--way down into the canyon, beneath the formations that look (from some angles) like rows of orange-clad infantrymen, through tunnels carved into the cliffs, between sheer rock walls (known, with a wink, as Wall Street). Huff and puff your way along a series of switchbacks until you arrive right back where you started. And then try to think of a more satisfying two-hour hike. 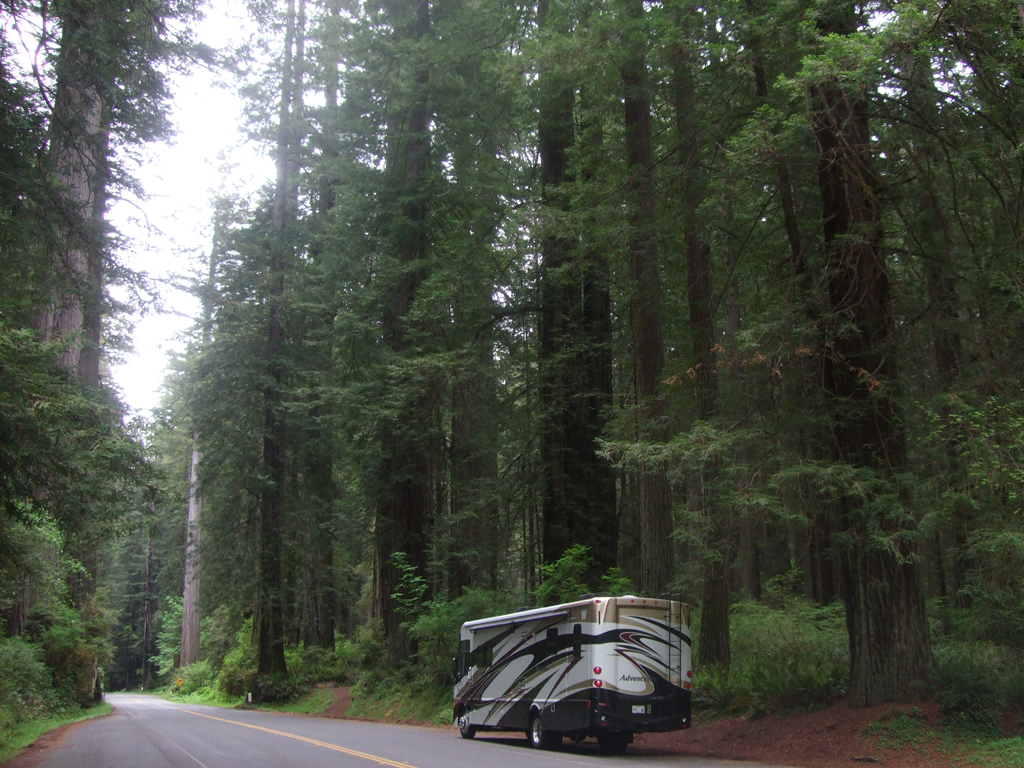 It's pretty easy to get to Zion National Park, in Utah's southwest corner. It's only about a two-and-a-half hour drive from Las Vegas. You'll arrive through the west entrance. Simple. But probably not the right way to do it--because entering Zion from the east entrance (along Zion-Mt. Carmel Highway) is, befitting the name, a religious experience. One of the highlights is the Zion-Mt. Carmel Tunnel--a mile long with occasional windows of wonder every few dozen yards(traffic is generally one-way so that large RVs can make it through unscathed). When you come out the other side, you're guaranteed to gasp. And you then you descend and loop and wind your way past magnificent monoliths that are too spectacular for the humdrum adjective "majestic."

There's another remarkable drive that you can't actually drive on. No vehicles are allowed along Zion Canyon Scenic Drive. Instead, a very efficient shuttle system included perfectly timed recorded narration makes that part of the park a more serene experience. You can park at the visitor center, take the shuttle to Zion Lodge, then stroll about two-thirds of a mile to a place called Emerald Pools, where (since it can get hot in Zion) you'll welcome the spray from a gentle waterfall.

That's just one of many breathtaking hikes in the park--in fact, Zion has some of the most spectacular trails of any American wonder. One of the most dramatic hikes is actually more of an upstream wade--following the North Fork of the Virgin River along the floor of a canyon. At times, it becomes a gorge only a couple-dozen feet wide surrounded by walls hundreds of feet high. So they call it The Narrows. 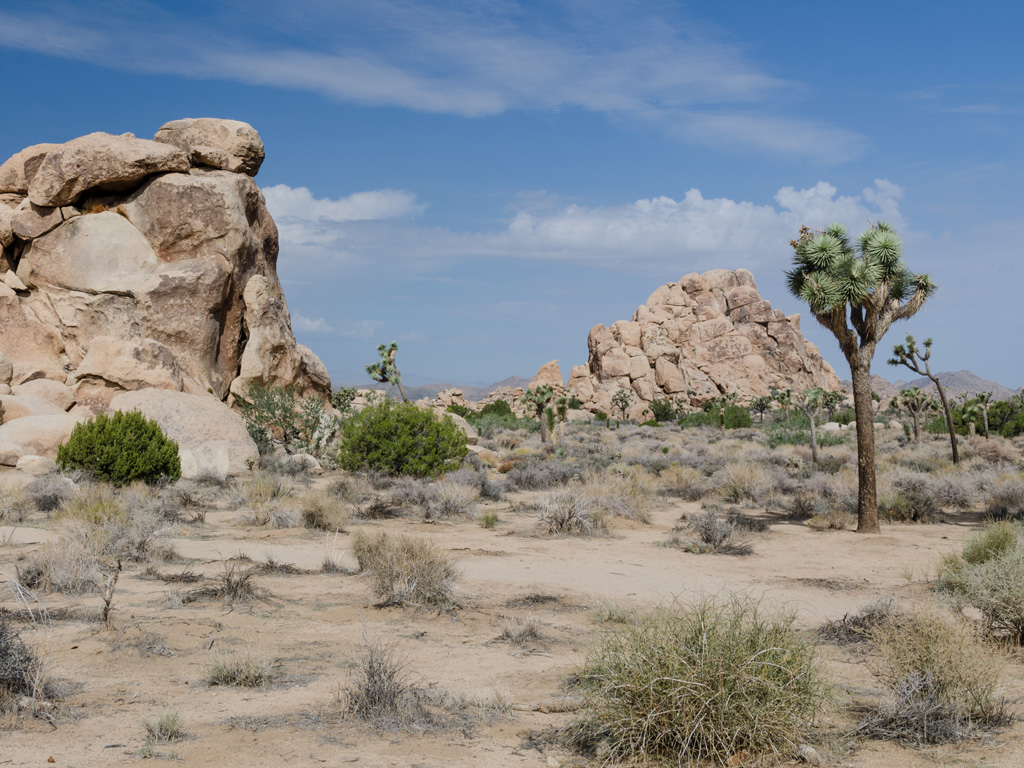 The Joshua tree grows primarily in California's Mojave Desert, surviving amid the arid wasteland and contorting itself into such goofy shapes that it appears to be a caricature of vegetation. As you rumble past a grove of trees of various sizes, you can feel as if you're driving through the illustrations of Dr. Seuss. Squint, and you can swear you see a Ruffle-Necked Sala-ma-goox peering from behind a cluster of yellow-green sepals or a Harp-Twanging Snarp flitting from branch to branch. You might suddenly have a hankering for green eggs and ham.

But that's Joshua Tree National Park--and out-there kind of place that invites you to stroll into the weird and wonderful. At Hidden Valley, a mile-long hike winds through exposed granite monoliths, massive boulders, and even a former cattle rustler's hideout. If you have kids with you, they'll chase lizards and climb rocks--exercise disguised as adventure. Toward the southern end of the park, Cholla Cactus Gardens offers a quarter-mile loop through a head-high grove of cacti that clearly announced that you've entered a new ecosystem. And if you want to camp in the park, Jumbo Rocks offers sites among huge eroded boulders, some of them stacked like natural sculptures. At night, amid almost total silence, the sky is so full of stars that they look like dust in the heavens. 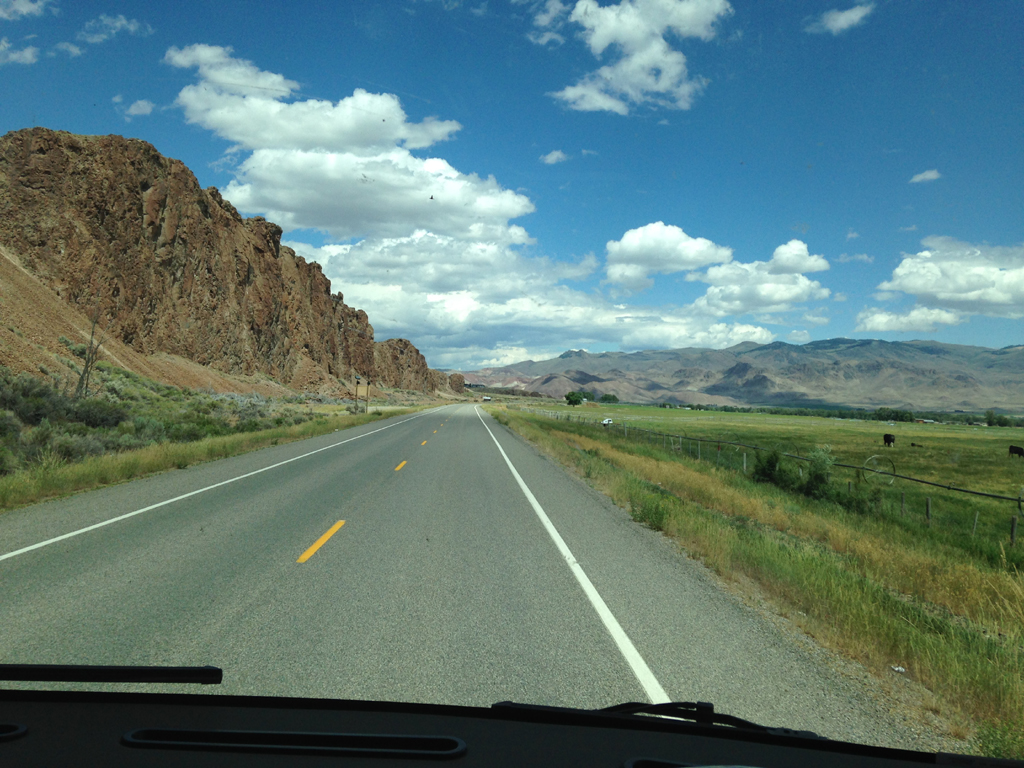 When most people think of Grand Teton National Park, they think of Jackson Hole--the valley floor (48 miles long and generally 6-8 miles wide) along the Wyoming-Idaho border, the space between the Teton Mountain Range and the Snake River. Or people think of the city of Jackson itself, with a hefty population (nearly 10,000) even without the tourists counted. There, you can try everything from a rodeo to rock hounding. You can pass through large arches of shed elk antlers and get a sense of historic and local flavor by visiting the Million Dollar Cowboy Bar, a century-old establishment where saddles serve as stools.

The trails and lakes and river-rafting opportunities in Grand Teton National Park are myriad and magnificent. But still, the mountains are the thing. There may be no more breathtaking vista than the peaks of the Teton Range, a half-dozen of which rise more than 12,000 feet high. Why so breathtaking? Because, at least on the east side of the range, there aren't any foothills. No lower peaks to obscure views. Just peak after peak rising as much as 5,000 to 7,000 feet above the valley floor, like granite fists thrust into the sky. 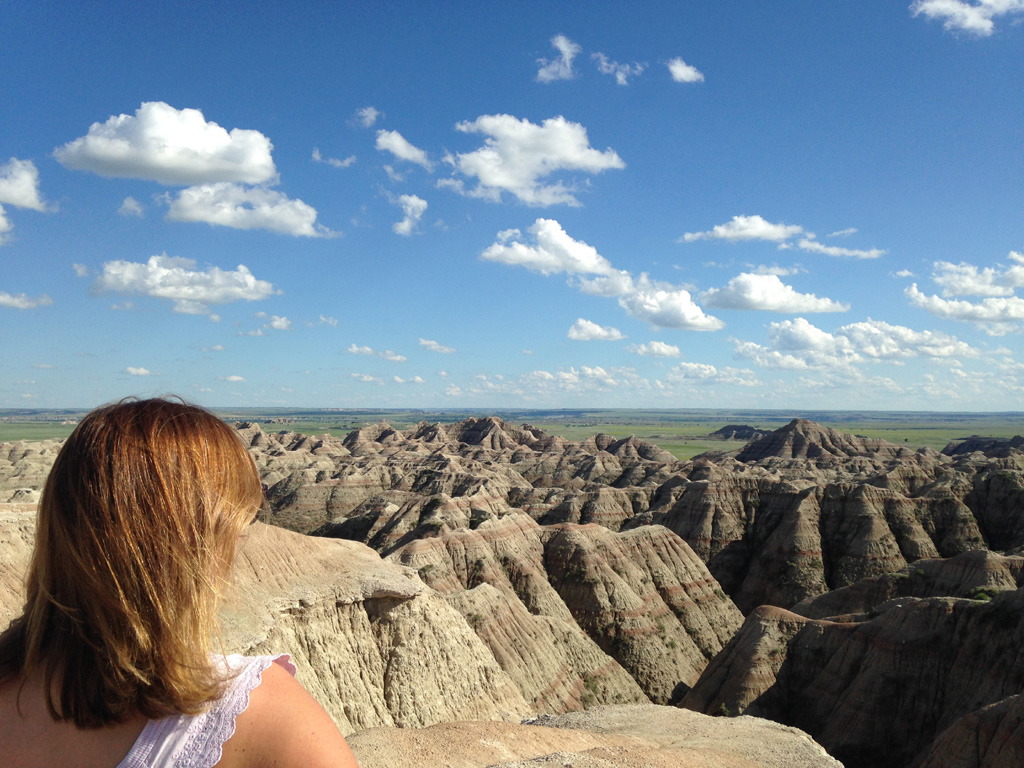 Perhaps more than any other otherworldly place, South Dakota's Badlands are constantly transformed by the surroundings. As you drive along the Badlands Loop State Scenic Highway--30 miles of Highway 240 between the towns of Wall and Cactus Flat--the rugged beauty of these striking geological deposits east of the Black Hills presents itself differently depending on the time of day, the cloud cover, even one's physical point of view.

A journey through Badlands National Park as dusk approaches or perhaps on an overcast day offers a scene that might be described as foreboding. The maze of buttes, pinnacles and canyons may appear to be, as architect Frank Lloyd Wright once characterized it, "an indescribable sense of mysterious elsewhere." On the other hand, bright sunshine offers an entirely different palette. The pinnacles and spires are cast into relief. The shadows add an unexpected element. Conservation writer Freeman Tilden described the Badlands as having "colors that shift in the sunshine... and a thousand tints that color charts do not show."

The Badlands Loop would take about an hour if you didn't stop at one of the nearly 30 scenic overlooks, marveling at the jagged formations, looking for bighorn sheep or pronghorn antelope, simply breathing in the air of one of America's most unusual places. But, of course, if you didn't stop that would be ridiculous.