We're a results-oriented society, but that doesn't mean we can't appreciate the process along with the product. There are dozens of opportunities around the country to tour the places where some of our favorite creations are conceived, crafted, constructed, fashioned, fermented, tested, tasted, monitored, manufactured and otherwise made. The following factory and product tours are eight of the most fun and fascinating: 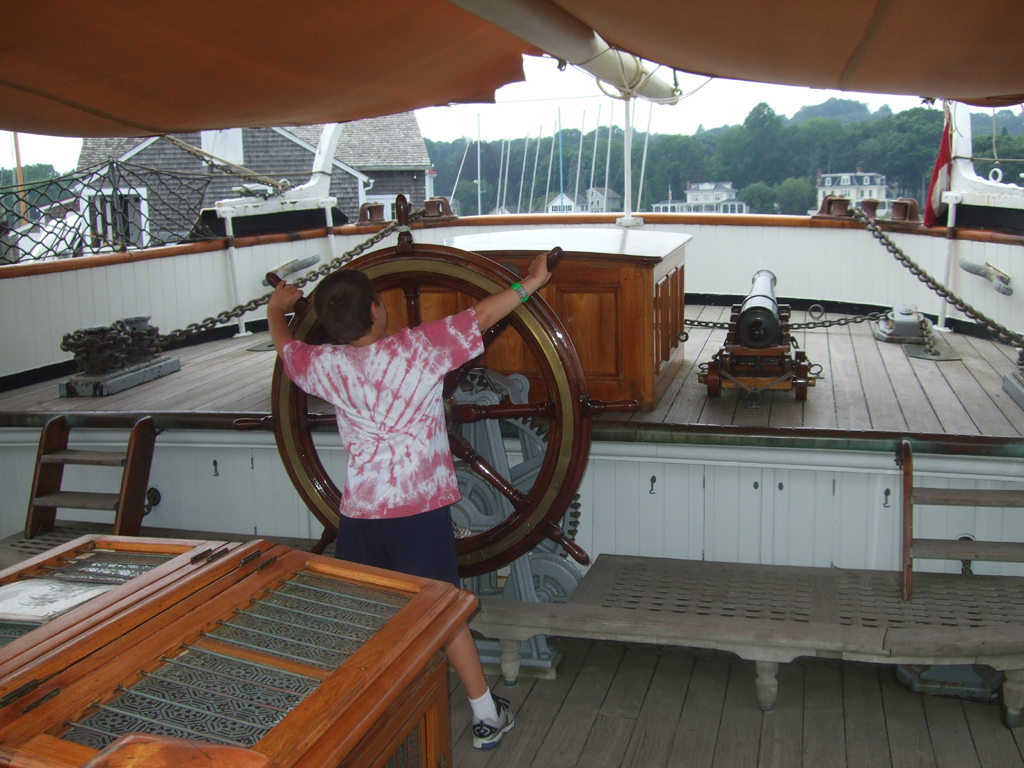 Vermont never disappoints. And neither does the Ben & Jerry's Factory Tour--a beloved company's headquarters amid an idyllic setting, where everyone is rubbing their bellies with satisfaction, and the smiling employees are wearing shirts that say "Peace, Love & Ice Cream."

First, you watch a movie--or actually, a "moo-vie" in the Cow Over the Moon Theater (about Ben and Jerry and the start-up of their company, which began with a $5 correspondence course and a tiny store in an abandoned service station). Then you can catch a glimpse of the actual assembly floor. Maybe they're making Chocolate Chip Cookie Dough. Or Imagine Whirled Peace. Or Jamaican Me Crazy. The woman who suggested the name Cherry Garcia? She was rewarded with free ice cream for life. A blessing and a curse, I'd surmise.

At the end of the tour, you'll want to snag a free mini-cup of ice cream. But you can also stroll up a hill near the factory--to a faux cemetery known as the Flavor Graveyard. This is where ice cream creations go to die, whether it's White Russian, Holy Cannoli, Peanut Butter & Jelly, or Economic Crunch. 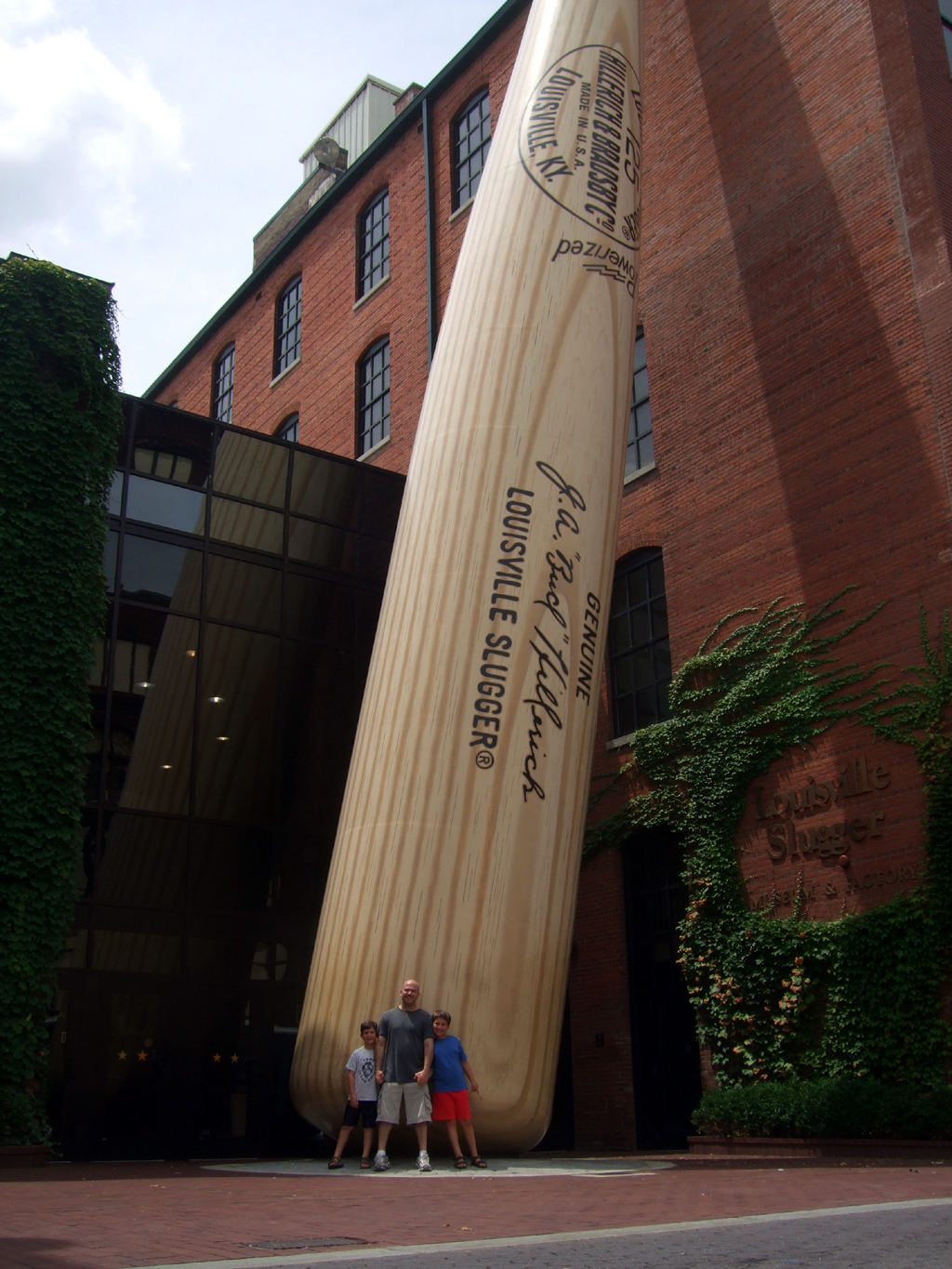 Saunter along the Walk of Fame through downtown Louisville (honoring everyone from Josh Gibson to Johnny Bench), stroll past the 120-foot-tall replica of a Babe Ruth model bat, and step into history. The factory tour guide might begin by saying, "You'll see why we are the hardest hitting name in sports." And his banter occasionally swings and misses ("All bats are hand-inspected, and the defective ones are shipped to the Chicago Cubs.") But if you're a baseball history buff, you'll feel like a kind in a candy store.

Aside from seeing artifacts like the original Louisville Slugger (belonging to 19th-century star Pete Browning) and a wall bearing signatures--once emblazoned on bats--of more than 80 Hall of Famers, you'll learn a thing or two. You'll be informed that the company didn't start out making bats, but rather butter churns and bedposts. You'll discover that billets of lumber were turned into baseball bats by hand up until the 1980s, which took about 20 minutes. Today, machines do it in about 30-60 seconds. More than 2,500 bat models (particular to each batter's request) are stored in a computer to drive the machinery. You'll find out that big league ballplayers order 100-120 bats each season, and nearly two-thirds of major leaguers swing Louisville Sluggers. And you'll be thrown this curve: Each year some 40,000 northern white ash and maple trees are used for Slugger bats. The leftover sawdust is used by an Indiana turkey farmer as bedding for his birds. 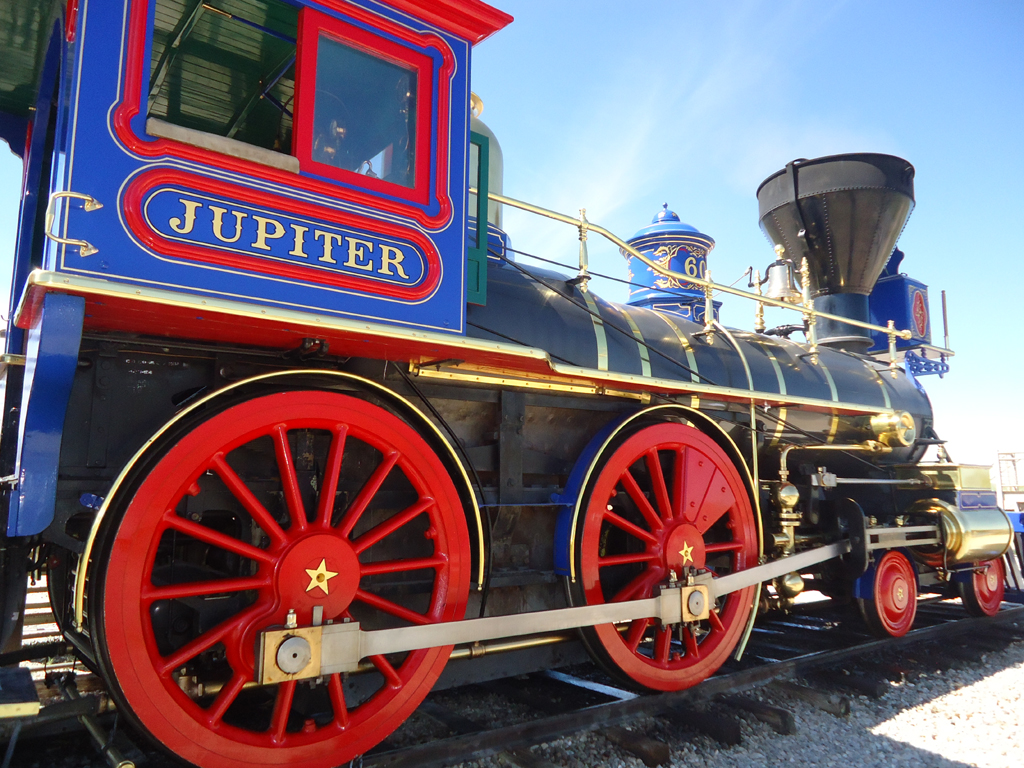 The best factory tours offer you a sense of perspective before giving you a glimpse of production. Winnebago does it by offering a bus ride to its plant tour that starts at the Winnebago Visitors Center. That's where the perspective comes in. The second-floor Winnebago Museum offers history (a company timeline), biography (the story of company founder John Hanson), and a sense of family (there's a scroll for Hanson signed by every Winnebago employee). There's also a heap of whimsy (at the Winnebago Outdoor store you can buy an "If the Winnie's A-Rockin" T-shirt), along with a few oddities (like a photo of the 1976 Winnebago Heli-Home).

Properly primed, you can then tour the plant and see how Winnebago designs and manufactures nearly every part of its motorhomes--from stitching bedspreads to lowering RV slide-outs onto each chassis. Fortune magazine described the facilities as having a "whimsical, Willy Wonka quality," but the innovation is based on practicality. For instance, at Winnebago intricate cut-outs are created by using lasers and concentrated streams of water. And foam is placed into cushions via a cool shrink-wrapping process. Who knew? 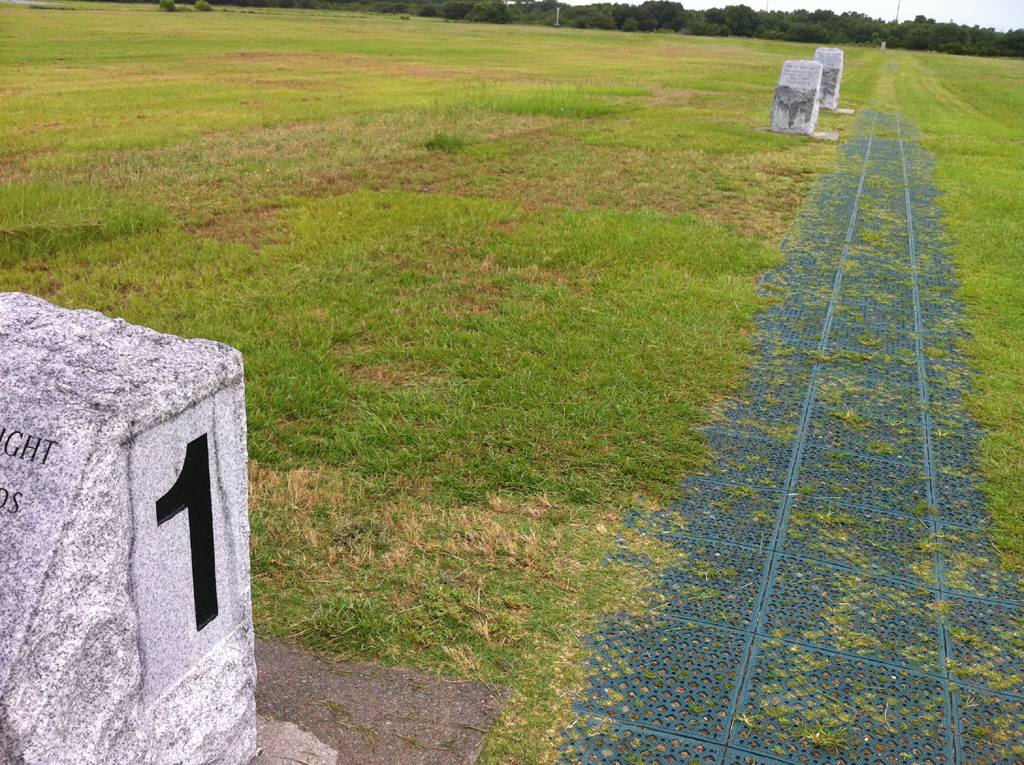 The address, 44 miles southwest of Sacramento in Fairfield, is One Jelly Belly Lane. The actual name of the confectionary creation? Jelly Belly beans. The artwork created by using such creations, much of it adorning the factory? Portraits of everyone from John Wayne to James Dean, Abe Lincoln to Amelia Earhart, the King (Elvis) to the Prince (William).

While you're walking above the factory floor, a tour guide (as well as nearly a dozen short videos on different aspects of the bean-creation process) will fill your head with facts as you dream about filling your belly. The first Jelly Belly beans were produced in 1976, but the company really began nearly a century earlier with the production of Candy Corn. The jelly bean center is likely a descendant of Turkish Delight. There were eight original Jelly Belly flavors, but there are now more than four-dozen (including chili mango, birthday cake and Dr. Pepper).

But the tour isn't all sugar and sweetness. You'll see what happens to the unfortunate Jelly Belly beans--the ones that are too big, too small, conjoined, misshapen, or discolored, so they don't make the cut. They are known as Belly Flops. 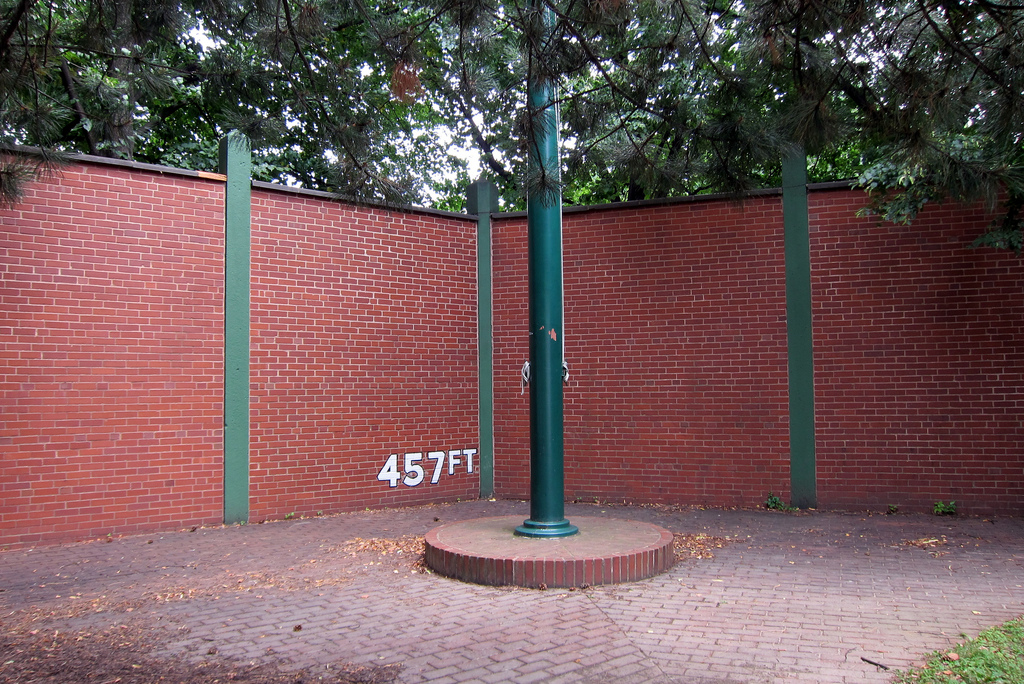 A road trip can be a colorful experience. This might mean a drive through the earth tones of autumn in New England or the multi-hued wonders of Arizona's Painted Desert. It also could mean a visit to the Green Mountains or the Black Hills or Orange County. Or you get all those colors in a single box, so to speak--with a trip to Easton, Pennsylvania, and the Crayola Factory. (There's also one at the Florida Mall in Orlando).

The exterior of the building in Easton is wildly whimsical--a multi-colored mural makes you think you've driven into a town consisting of anthropomorphic crayons. The inside is, admittedly, more a children's museum than a working plant--the Crayola folks like to call it a "hands-on discovery center." In fact, they call it the Crayola Experience, which includes a Crayola Chronology that traces the history of the company's products (the 100 billionth Crayola crayon was specially molded by TV's Mr. Rogers himself in 1996), a display of the World's Largest Crayon, and a live demonstration about how crayons are created.

But the real fun is in the imaginative play--four floors of hands-on attractions. You can conjure up your own names for crayons and customize the labels. You can bring your drawings to life on a big screen. You can dance in virtual wax rain as it melts around you. You can splash your way through an 85-foot water attraction. You can try drip art or wax painting or doodling in the dark. Everyone needs some color in their lives, right? 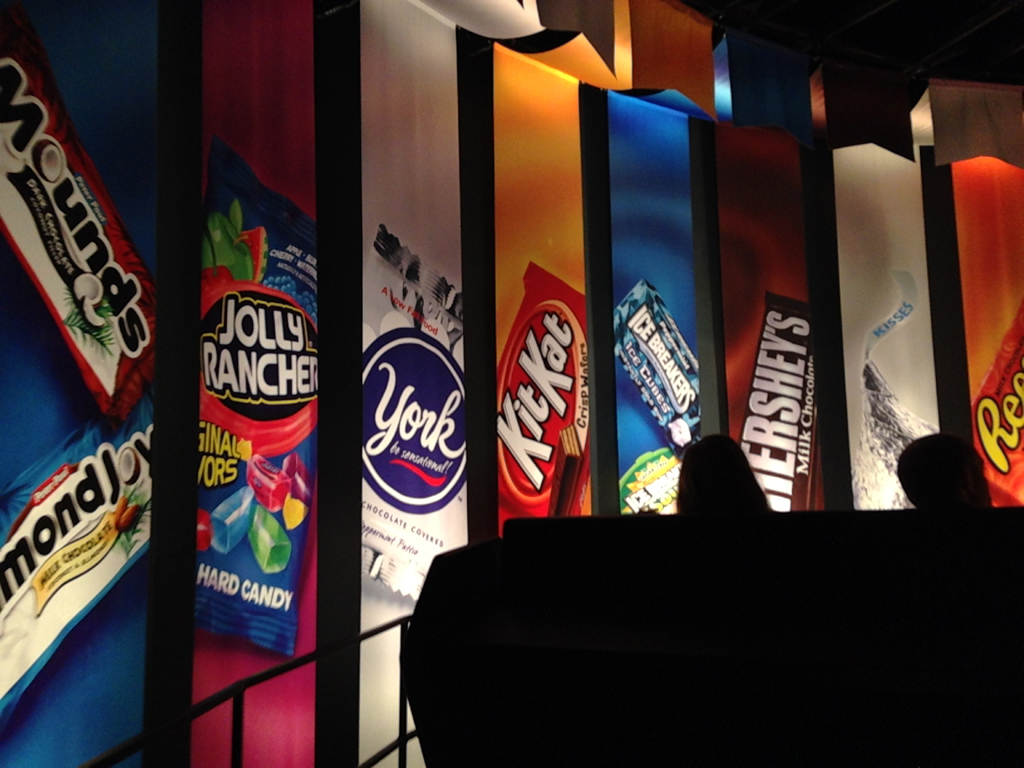 "All you need is love," Charles M. Schulz once declared. "But a little chocolate now and then doesn't hurt." Or a lot of chocolate--in the self-proclaimed Sweetest Place on Earth. Like Crayola's experience, this isn't technically a tour of the true chocolate factory. That one has been off-limits for years, but Hershey's Chocolate World well, if Candyland had a visitor center, this is what it would look like.

You start with the Great American Chocolate Tour Ride, accompanying a cocoa bean on its journey from tropical rainforest to tasty chocolate bar. Next up: Hershey's Great Chocolate Factory Mystery--an interactive 4D experience. Then why not design your own candy bar--from the ingredients (Milk chocolate? Butterscotch? Pretzel bits?) to the packaging. And the gift shop? Dangerous if you like sugar or shopping.

Actually, a trip to the hamlet of Hershey is a bit like driving into The Truman Show. You wonder if the smell of chocolate is coming from some director on high. "Cue the scent!" It's also a bit like visiting Willy Wonka's chocolate factory. "If you want to view paradise, simply look around and view it." So you can complement your "factory" tour with a trip to Hersheypark and its more than five-dozen rides and attractions or the 23-acre botanical bonanza of Hershey Gardens. Yes, life is sweet. 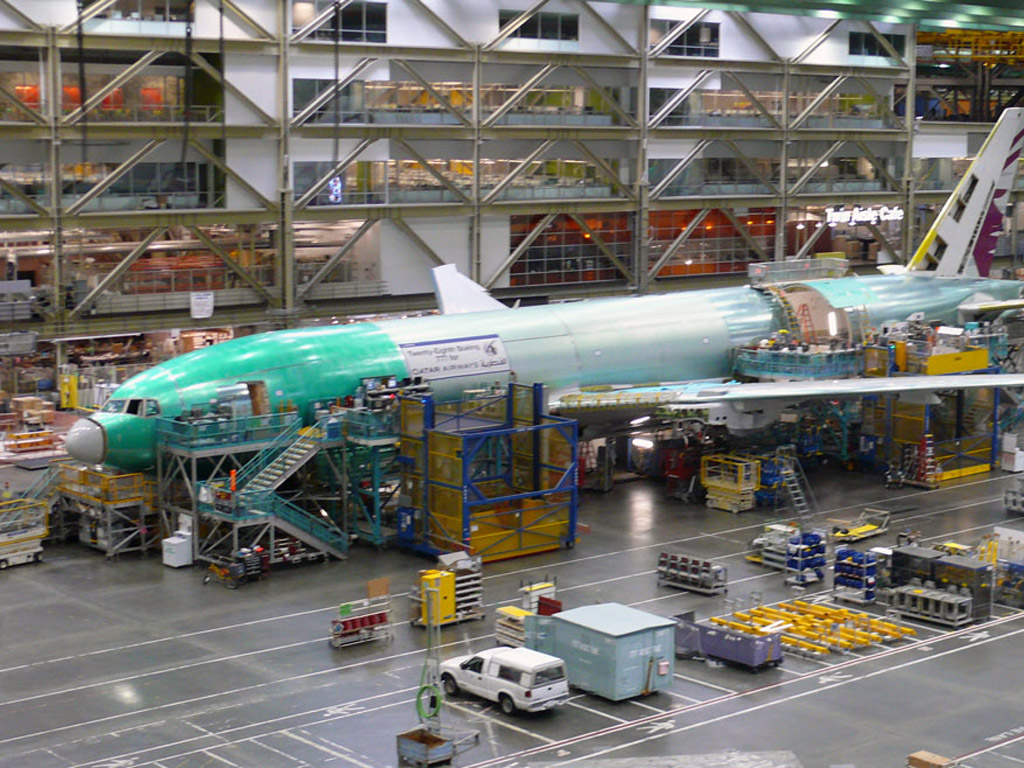 The Boeing Factory Tour begins at the Future of Flight Aviation Center in Mukilteo, 25 miles north of Seattle, and it is a seven-days-a-week opportunity billed as the public's only chance to tour a commercial jet assembly plant in North America. There's a minimum height requirement (4 feet), which must be an attempt at a minimum age because certainly there's plenty of space. The Washington facility is touted as the world's largest building by volume (472 million cubic feet of space).

The 28,000-foot Aviation Center Gallery offers various interactive exhibits (i.e. Family Zone: How Airplanes are Made) and a 240-seat theater. You can check out a mock-up of a 787 Dreamliner interior and operate controls in a 727 cockpit. And sure, Hershey lets you design your own chocolate bar, and Crayola lets you design your own label for a crayon, but Boeing provides an opportunity to design your own airplane with touch-screen computers. Then you can take a 90-minute tour of the Boeing plant and watch (from high above the assembly floor) the assembly of Boeing's widebodies. 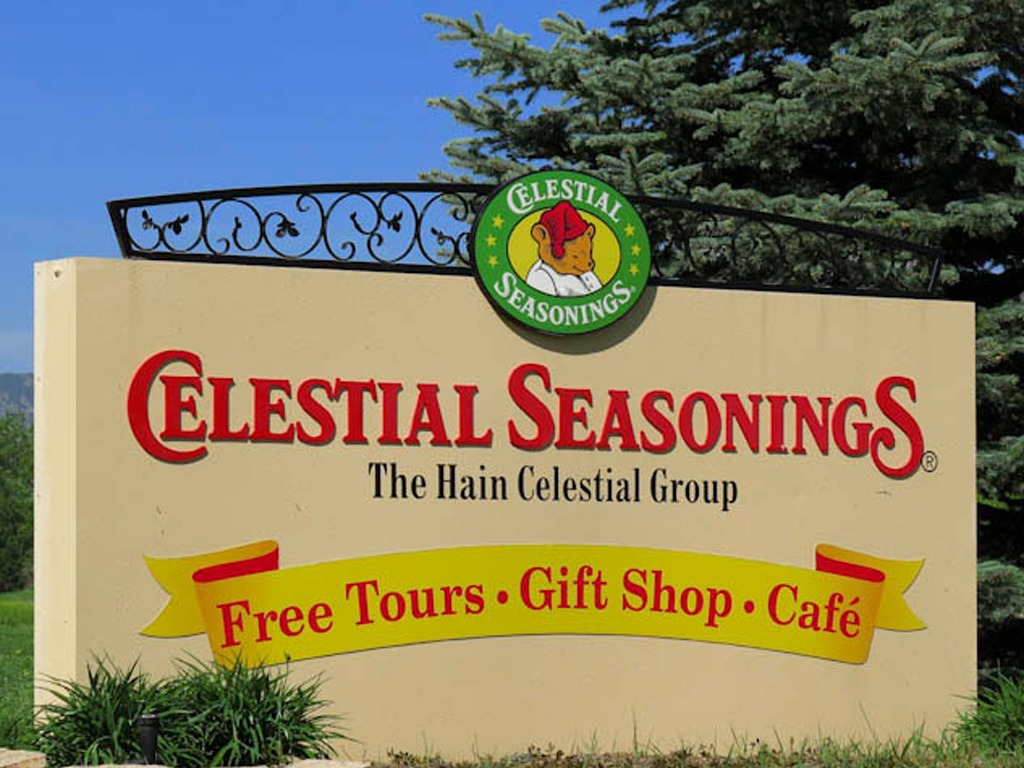 The Celestial Seasonings tea factory is located on Sleepytime Drive in Boulder, but tea time was never so titillating. The Washington Post described it as "like stepping inside a Celestial Seasonings tea box"--and, indeed, the experience includes a gallery of original tea box designs that the company commissioned from illustrators. And the nearly 50-year-old company lets you sample from dozens of varieties (from Red Zinger to Black Cherry Berry to Chocolate Caramel Enchantment Chai) before you take the free, 45-minute tour.

The tour itself (which draws some 120,000 visitors annually) takes you through the tea-making process, from the milling of the herbs to the heat-sealing of the boxes. You'll spot huge boxes of tea leaves stacked in front of a world map showing where they're grown. You'll see tea bags whizzing around on conveyer belts (they produce nearly 10 million per day). You can stroll through an herb garden. And then you can taste some more teas at the Celestial Cafe. And if the tea doesn't clear your sinuses, the highlight of the tour--Celestial's separate-and-special Peppermint Room--certainly will.