We aren't doing justice to the breadth of our country's wonders when we sing only of "purple mountain majesties" and "amber waves of grain." What about the pink and lavender frenzy of a Malibu sunset? Or the seemingly endless whiteness of Utah's Bonneville Salt Flats? Or massive bright orange California sequoias that appear to have been transported from another planet? And then, of course, there are the colorful names attached to some of America's most breathtaking places--Nevada's Valley of Fire, Utah's Flaming Gorge, Arizona's Painted Desert. Here are eight colorful American places that paint an extraordinary picture of a nation: 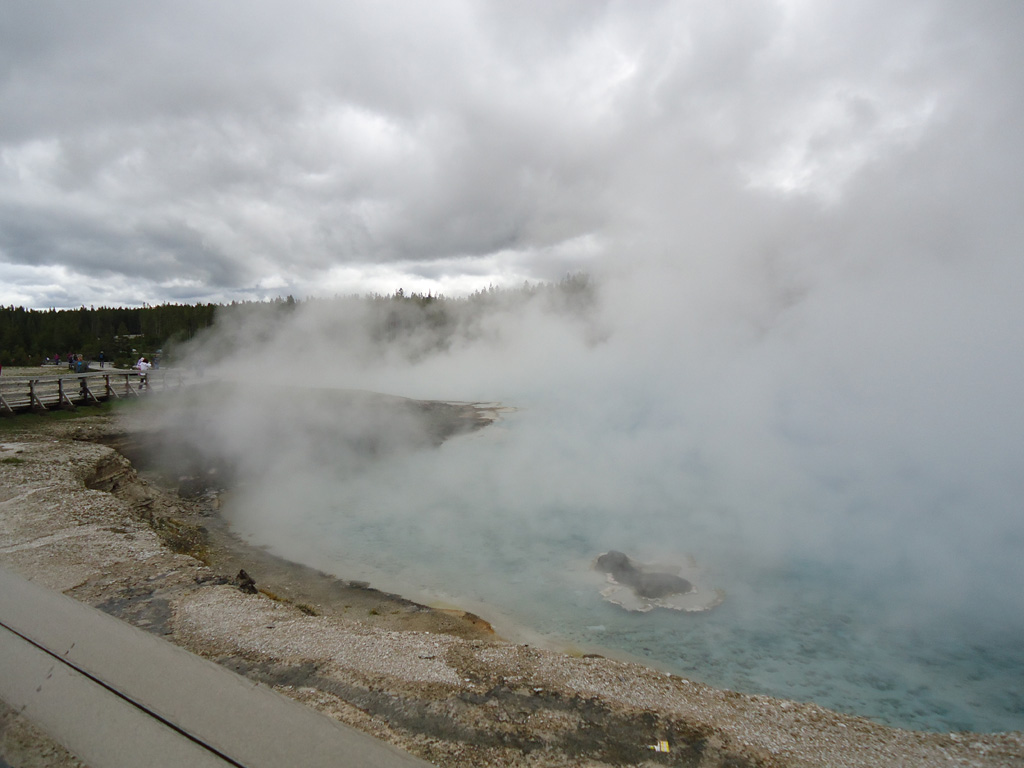 It's hard to describe the splendor of America's national parks, whether it's the majesty of Mount Rainier or the vastness of Grand Canyon or the otherworldly features of Bryce Canyon. But I've never really had a problem describing Yellowstone. It's the Magic Kingdom of national parks--naturally.

The Jungle Cruise? Take a land-based cruise through Yellowstone and, while you won't see any hippos or elephants, you'll likely pass by herds of buffalo, some of which may saunter along the road next to you. The park is also home to everything from pronghorns and pelicans to bull moose and black bears. Tomorrowland? At Disney, it's about predicting the future. At America's oldest national park, rangers have been predicting the future with Old Faithful for years. Yellowstone is home to most of the world's active geysers (not to mention fumaroles, mudpots and hot springs). Although Old Faithful is neither the largest nor the most predictable geyser, this national icon provides a 106 to 184-foot spectacle every hour and a half or so. Toontown? No cartoon drawings at Yellowstone, but there is a can't-miss spot called Artist Point. Just south of Canyon Village, it offers a tremendous view of the Grand Canyon of the Yellowstone, including Lower Falls (Splash Mountain!) and the multicolored marvel that is the canyon.

So this is nature's Disneyland in northwestern Wyoming. No castles, perhaps. But lots of comfortable houses on wheels. 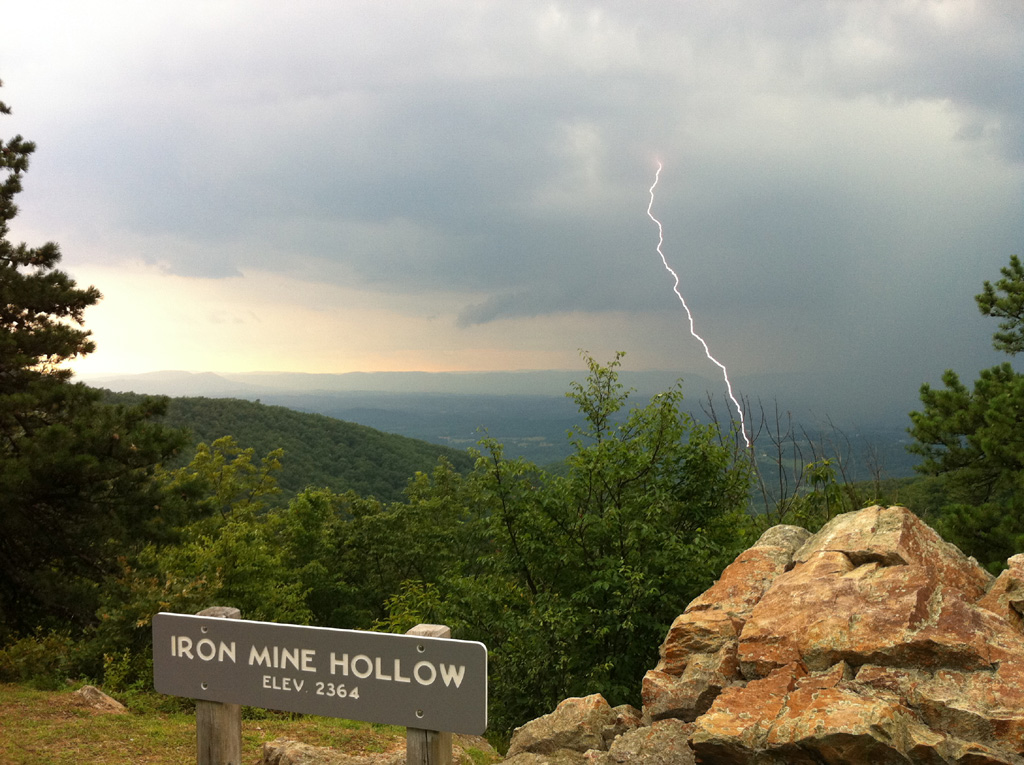 But there are some superlatives you might not know about the Blue Ridge. Like height: More than 125 peaks exceed 5,000 feet and more than three-dozen top 6,000 feet. And age: The mountains were formed some 320 million years ago when Europe and North America collided. They are among the oldest mountains on earth and were once among the highest mountains in the world. As for the color, that bluish hue that dominates from a distance is from the trees releasing isoprene into the atmosphere. But why let the science diminish the song? 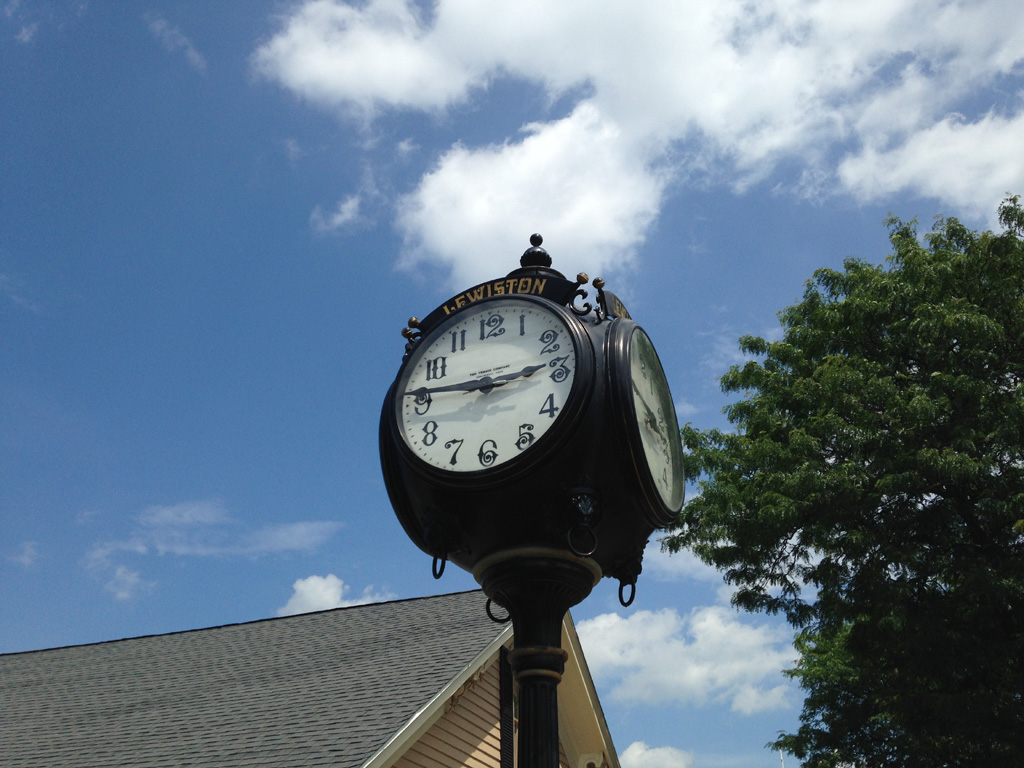 Sometimes American landscapes--the spires of Bryce Canyon, the saguaro forest of Arizona, the Dakota Badlands--are so unique that they seems to have been transported from a distant planet. White Sands National Monument, 275 square miles of snow-white sand dunes, is certainly as otherworldly as anything. Located about 50 miles northeast of Las Cruces, New Mexico, the region offers a stunning contrast of vivid blue sky and stark white dunes. Photographs don't do it justice, usually making the sand look grayer than it is. Sunglasses are a must, even on a cloudy day. It feels like the Sahara Desert, but it looks like the North Pole.

The dunes are white because the gypsum that formed the sand had nowhere to go, being trapped within the Tularosa Basin with no river to drain it. It is a place remarkable for its lack of life. Only a handful of plants grow fast enough to survive a sandy burial at the whim of the winds, and a few animal residents have managed to evolve a white camouflage coloration. It almost feels as if nobody was supposed to find the place, which just adds to the fascination.

The eight-mile Dunes Drive allows you to take a slow-speed cruise through the area, but you can also park and hike. Your options depend on your adventurousness. You can set up a blanket and feel as if you're picnicking on an ocean turned to sand. You can navigate the peaks and valleys and wade deep into the gypsum waves. Or you can follow a ridge as far as it will go. But be careful. Leave some markers along the way because you can easily get lost amid the wondrous sameness. 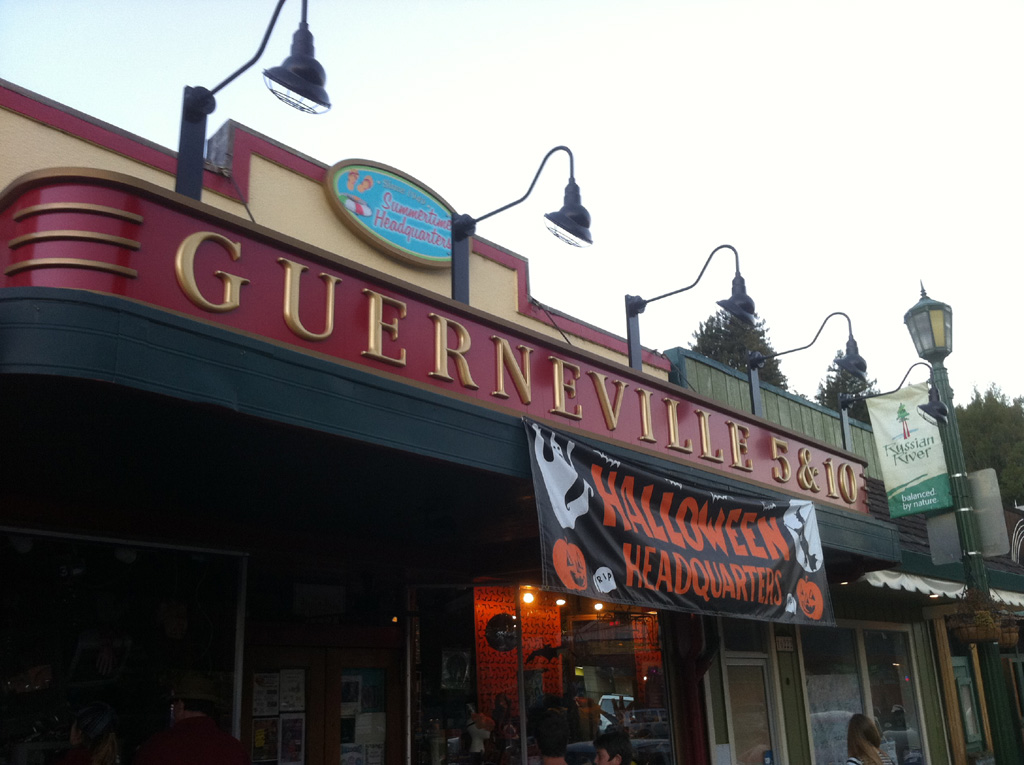 The Black Hills are like a scenic history lesson--and you can pick your history.

Life on the frontier? Stroll around Deadwood. The town's name alone evokes Old West characters (Wild Bill Hickock died here) and gunfights (you can watch reenactments), sawdust-on-the-floor saloons (try Old Saloon #10), and the promises and perils of poker (or at least, video poker in countless hole-in-the-wall casinos), and stiff drinks. Like at the Buffalo Steakhouse, where they offer a Royal Flush. Of course, turns out it's prune juice.

Native culture? Just a mile north of Deadwood is an attraction called Tatanka: Story of the Bison. The brainchild of Kevin Costner, it offers an interpretive center and a Native American gift shop. But the centerpiece is a dramatic sculpture of 14 bison pursued by three Native Americans on horseback. Or if you like your sculptures bigger, visit the Crazy Horse Memorial, which--if it is ever completed--will be the continent's largest hand-hewn memorial. This massive sculpture has been under construction (that is, blasting away huge sections of a mountain in the shape of the great Lakota Indian warrior and his horse) for six decades. Right now, you can only really see his face in profile, but even that is nearly 90 feet high.

Oh, and if you're interested in four iconic U.S. presidents, there's a little place called Mount Rushmore, too. If you go, make sure to hike the half-mile Presidential Trail, which not only gives you an up-close view of Washington, Jefferson, Lincoln and Theodore Roosevelt; it also leads you past sculptor Gutzon Borglum's studio, including the same-yet-different model of the original Rushmore concept. 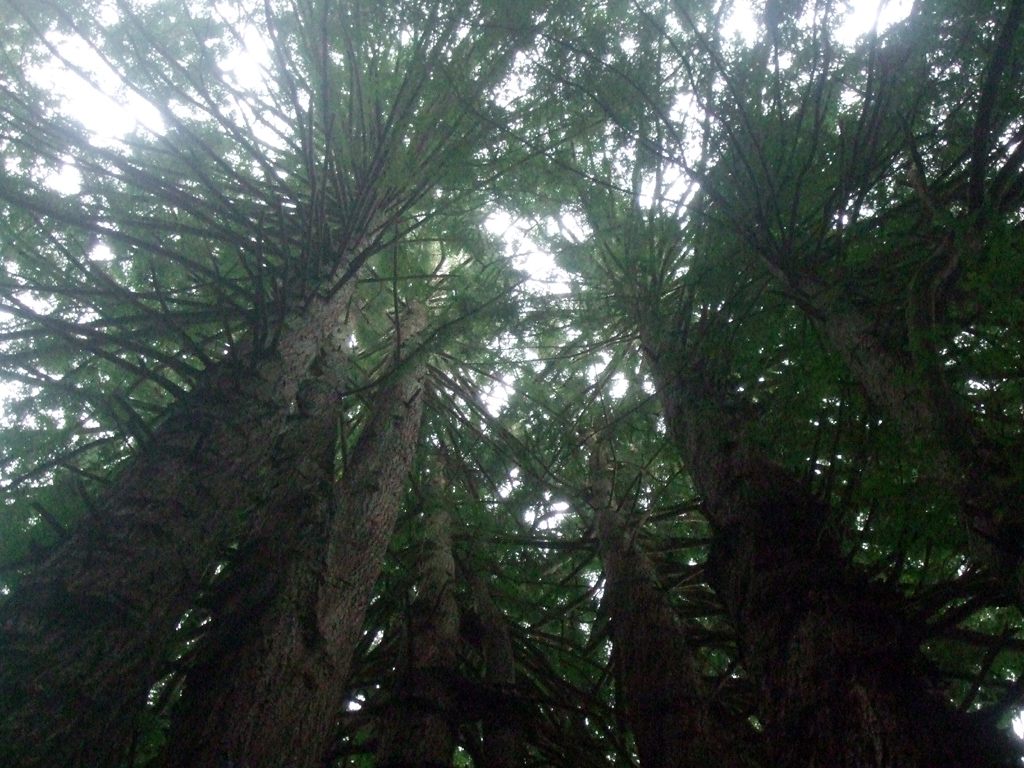 Redwood National Park is about more than the redwoods. This part of the country, in northernmost California along the coast, offers beaches as well as big trees, charming towns along with rugged hikes, and no-apologies kitsch coexisting with nature. But even if it's only about the trees, who could possibly be left wanting after a drive along the Redwood Highway (U.S. 101 in northernmost California) and a stroll through an old-growth forest carpeted with clovers?

The roots of these coastal giants are shallow, often only ten feet deep even though the trees can grow thirty times higher than that. And maybe it's a reminder of the precariousness of even these survivors. Before limits on indiscriminate logging and before the Save the Redwoods movement, there were some two million acres of redwood forests. Then again, sometimes nature fells a giant, too. The Dyerville Giant once stood 362 feet tall. It was 17 feet in diameter and possibly 2,000 years old. But take a walk through Founder's Grove--to the place where the tree fell in 1991. The thud registered on a nearby seismograph. Today, you can walk the whole length of the tree, which offers yet another valuable perspective. 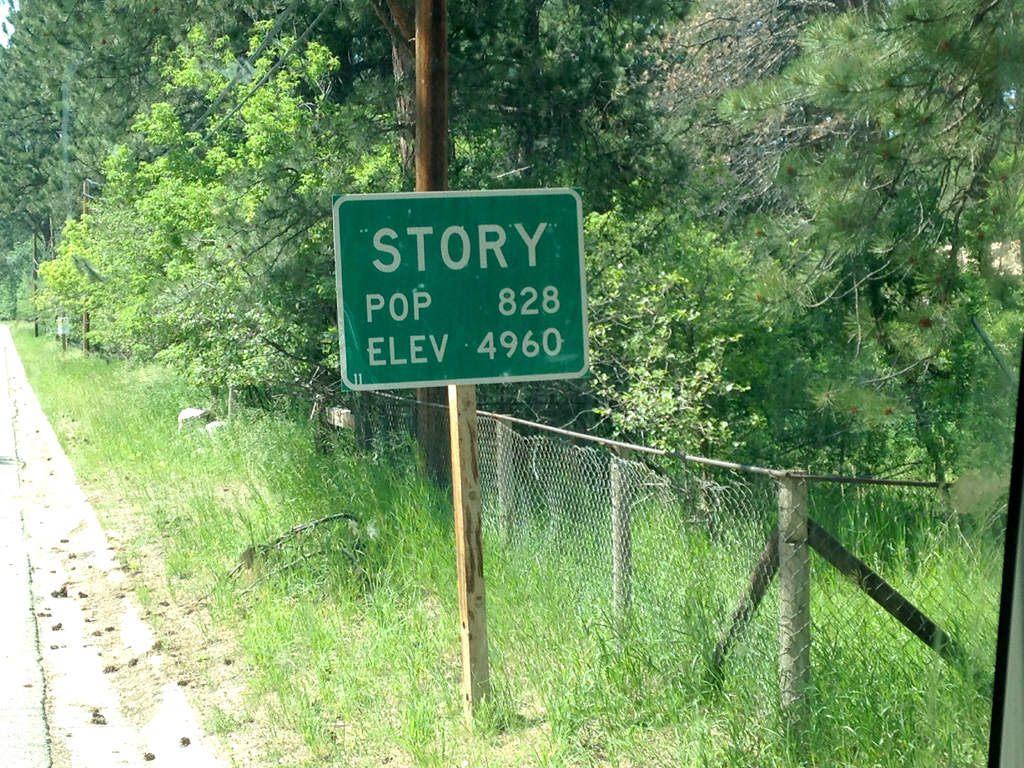 A bridge spanning the Golden Gate Strait of San Francisco Bay was first proposed in 1872. Some 2,300 lawsuits were filed by opponents of the bridge's construction. Construction began in 1933, the pageantry including an 80-foot-model of the bridge and a gold spade for ground breaking. Creating the bridge's cables required 80,000 miles of steel wire. It weighs an estimated 877,000 tons. During construction, designer Joseph Strauss spent $130,000 to install a safety net under the bridge--and it saved 19 men's lives (though another 11 weren't as lucky).

The Golden Gate Bridge is officially painted in International Orange--a combination of yellow, magenta, black and cyan. The Navy, concerned about visibility for passing ships in foggy conditions, originally pushed for it to be painted in black and yellow stripes. After more than four years of construction, a weeklong Golden Gate Bridge Fiesta celebrated its opening. Fifteen thousand people paid 25 cents each to walk (or roller skate or unicycle) across the bridge, after which 42 Navy ships sailed under it. On February 22, 1985, a dentist became the one billionth person to cross the bridge, receiving a prize of a hardhat and champagne. 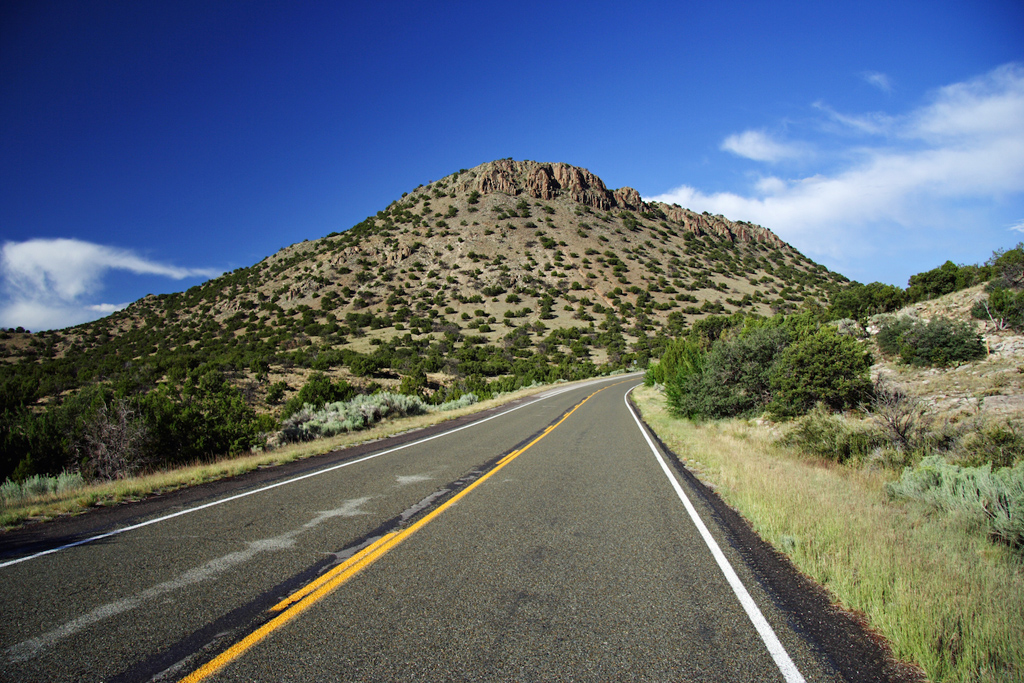 From one perspective, it's just Highway 14 in northern New Mexico, your basic stretch of gray pavement (the name comes from the blue-green turquoise first mined more than a millennium ago by the early Pueblo people). But the Turquoise Trail National Scenic Byway does more than just link Albuquerque and Santa Fe; it links the past and present. Along its scenic 65 miles, you'll find ranches and restaurants and RV parks, a ski resort and a golf course, museums and galleries, and artists and craftsmen. But the vibe along the Trail somehow manages to feel both a bit New Age and a lot Old West at the same time.

On the sound end, the road begins in Tijeras and the Cibola National Forest (which spans nearly two million acres in three states). Then comes Cedar Crest, home of the Museum of Archeology and Material Culture, and Sandia Park, where you can find wonders below (Sandia Cave has been a treasure trove of prehistoric finds) and above (it's a renowned hawk- and eagle-watching site). Next: Golden, where you can snap a picture of an 1830 Catholic church just east of the ruins of an old stone schoolhouse.

The town of Madrid, once a coal-mining town more populous than Albuquerque, almost disappeared entirely when the coal market collapsed. But it was rediscovered by artists, who now make up many of the town's nearly 400 residents. And finally, Cerillos, a hamlet nestled among cottonwood trees, is one of the oldest historically documented mining districts in the U.S. With dirt streets and adobe homes, it is still Old West enough to be the used as the site of a number of movie and commercials. 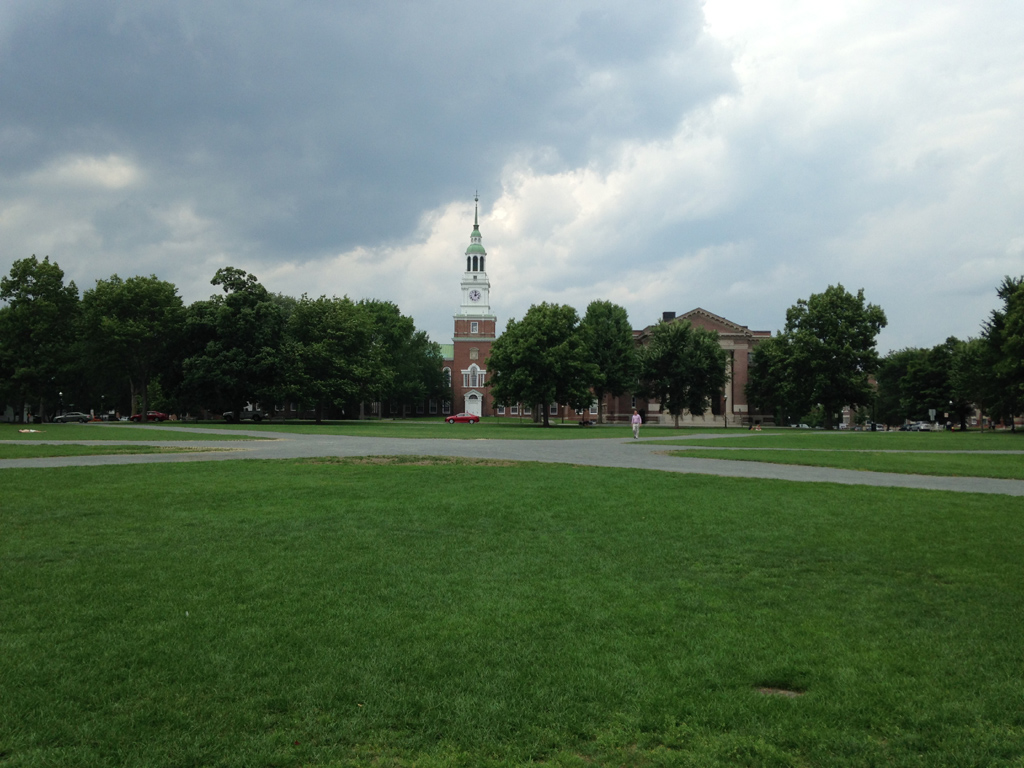 You don't have to have to be the parent of a prospective college student to enjoy a college tour. Visit a campus--whether it's in Austin or Ann Arbor, Berkeley or Bennington, Corvallis or Cambridge--and it is more than just an opportunity to explore an iconic bastion of higher education. It's a reminder of the beauty of many campuses. And Dartmouth College's 200 acres, exquisitely located along the Connecticut River, belongs near the top of any list.

The nation's ninth-oldest college was founded in 1769. Yes, you read that right. Dartmouth predates America. The Dartmouth Green, the grass-covered field and common space at the center of campus, is the heart of the college as students and faculty generally crossing its path several times daily. It was once a cow pasture, but is now the quintessentially idyllic campus locale.

The surrounding buildings are complementary classics. Dartmouth Hall (just east of the Green) was the first and only building at Dartmouth until the 1820s. Twice destroyed by fire, it was first built in 1784. That's five years before George Washington took office. And Baker-Berry Library (at the north end of the Green) is the oldest open-stack library in the country, its 207-foot bell tower calling students to classes (and plays the "Alma Mater" at 6 p.m. every day). Makes you want to go back to school.