An RV journey is a Bucket List Bonanza. Point yourself in the direction that is calling you most profoundly and just drive. For a sports fan, it can be an embarrassment of riches. That stadium or track or field that you ALWAYS wanted to see? Just do it. Whether you like sluggers, spirals, silks, or 7-irons, here are eight can't-miss sports venues. 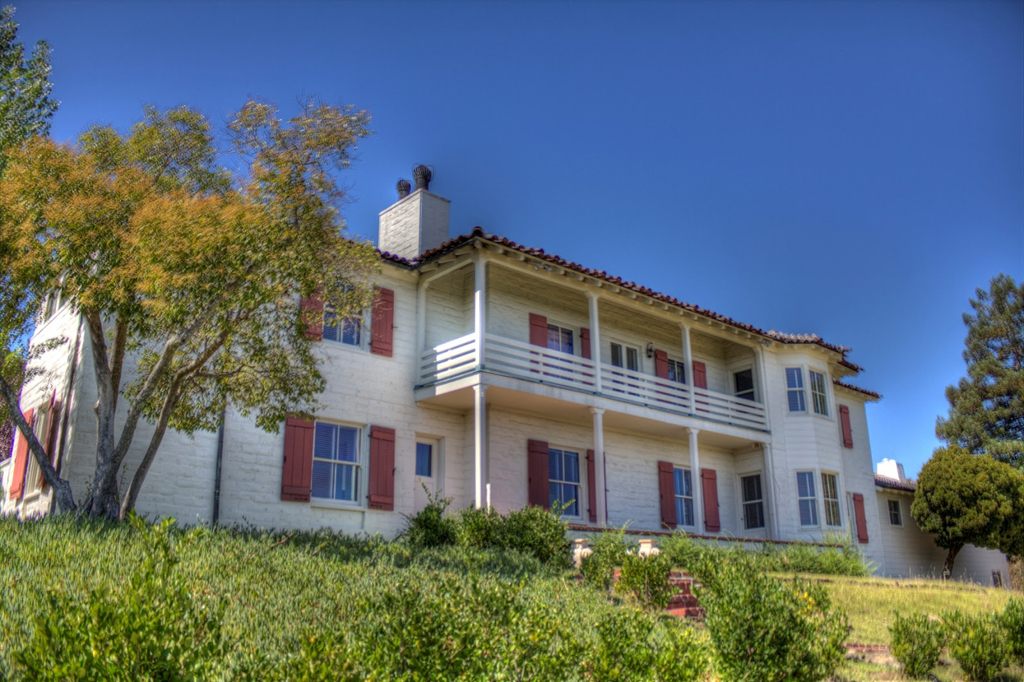 A couple of years ago, when our California friends met up with us in our native Chicago, we pondered what classic Windy City experience to show them. We didn't ponder long. We had to share an afternoon ballgame at Wrigley Field. How iconic is Wrigley? Well, I wrote a whole alphabet picture--W is for Wrigley--about it. The opening poem is this:

A is for an amazing ballpark, an address on Addison Street.

Amid the awesome atmosphere, fans fill every seat.

From April until autumn, they flock from all around

to watch their favorite baseball team. The Cubbies are in town!

So we spent an afternoon at Wrigley Field (during what happened to be the 100th season of baseball at the Friendly Confines, built in 1914). We walked in under the famous red marquee shouting "Home of Chicago Cubs." We smiled at the ivy (planted in 1937) blooming on the outfield walls and the six retired numbers (Banks, Santo, Williams, Maddux, Sandberg, Jenkins) flying on flags above the foul poles and the fans watching from rooftops across the street. We watched the numbers change on the famous antique green scoreboard (did you know it was originally reddish-brown?). We sang "Take Me Out to the Ballgame," accompanied by an old-school organ player. I'd call it a perfect afternoon in Chicago. Even more than a century later, the diamond's still a gem. 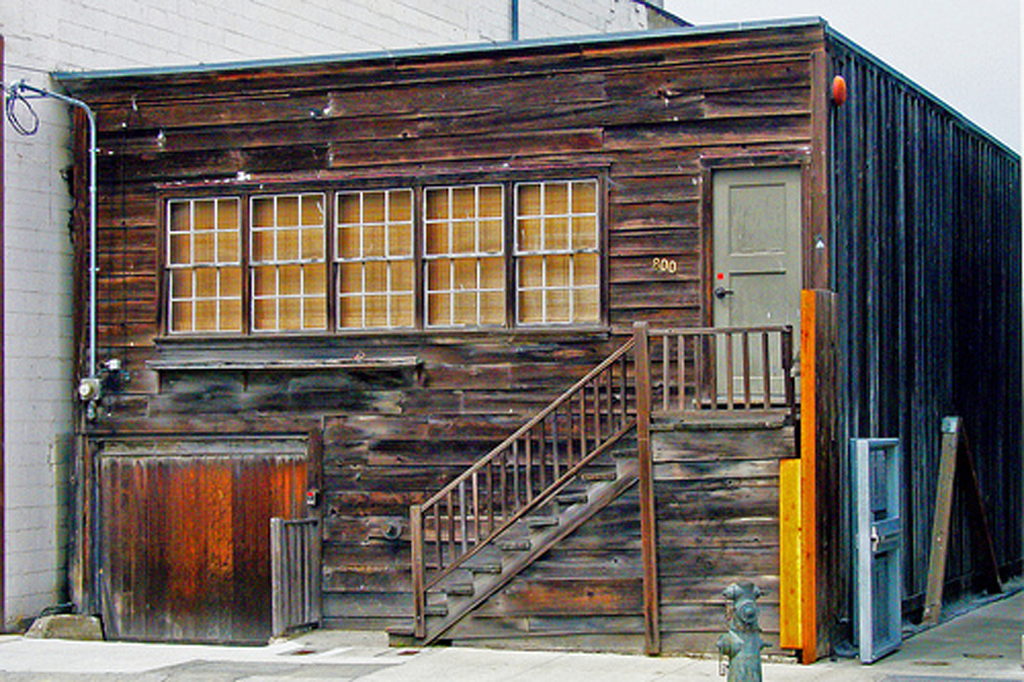 Without the Packers, how many Americans would be aware of Green Bay? Few know it as (really) the self-proclaimed Toilet Paper Capital of the World. But they know Titletown, USA. They think of Brett Favre and Bart Starr and Vince Lombardi. They think of the "frozen tundra of Lambeau Field," as it is so often described by sportscasters and NFL Films narrators.

Arrive on an early August day when the Packers are in training camp, and the place will be packed--hundreds of fans adorned in the green-and-yellow of Packer Nation, roaming the grounds, watching from the bleachers, peeking through the chain-link fences at the stars and prospects. And they'll be tailgating. Yes, for a noncontact summer practice.

You can park in the Lambeau lot (just off of Lombardi Avenue) and march over to the practice field itself (located behind the Don Hutson Center). Or you can stroll past the "Tundra Tailgate Zone" and a towering statue of Vince Lombardi and into a stadium that feels more like an upscale mall. Try Curly's Pub (an homage to former Packers coach Curly Lambeau) or Frozen in Time Ice Cream. Visit the Packers Hall of Fame. Schedule a stadium tour. Or roam the gift shop, where you can buy everything from foam fingers to football-themed chandeliers, from green-and-yellow popcorn kernels to a Packers toaster that produces toast emblazoned with the team's iconic "G" logo. Then you'll understand the true extent of Packer Obsession. 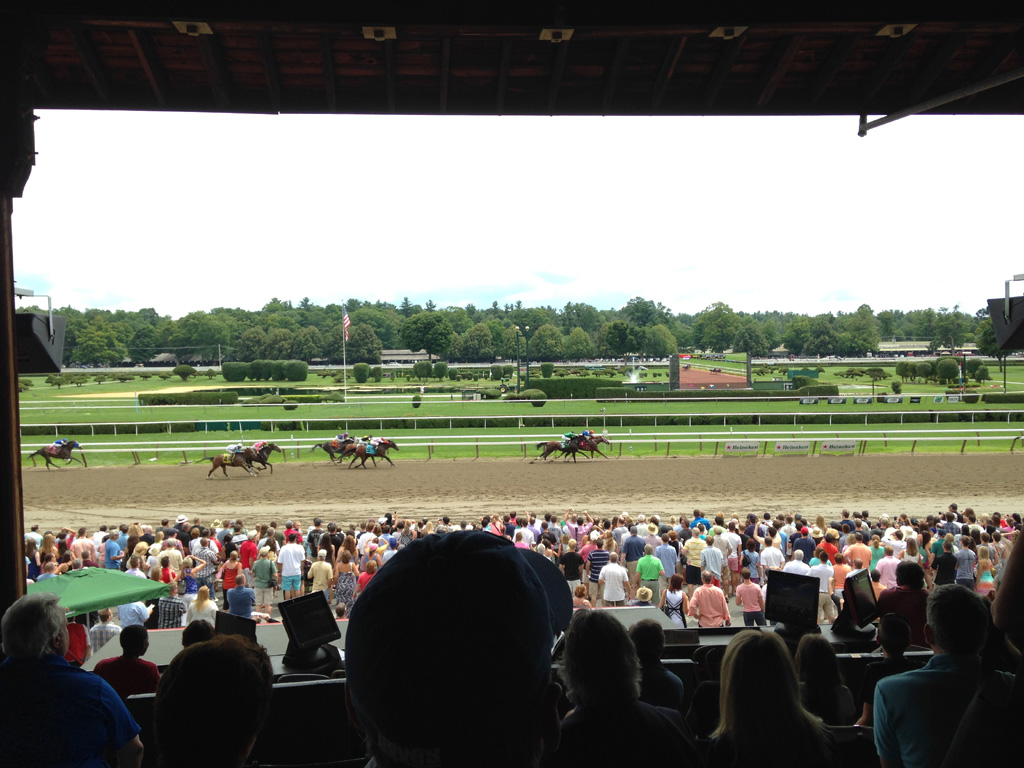 Back in 1999, when Sports Illustrated ranked its choices for the top 20 sporting venues of the 20th century, Saratoga Race Course (in Saratoga Springs, NY) came in at #10, ahead of venues like Pebble Beach and Notre Dame Stadium. But it goes back farther than that. It's the granddaddy of thoroughbred race courses--in use almost every year since 1864. Yes, since Abraham Lincoln was president.

Since this may rank as the most traditional of sporting places, there are myriad traditions to experience. There's the bell that is hand-rung exactly 17 minutes prior to each scheduled post time, calling jockeys to the paddock. There's Big Red Spring, a mineral spring featuring the water that made Saratoga Springs famous in the first place (it sits amid the picnic grounds, where folks claim tables early in the morning). There's the path through the picnic grounds where the horses are led to that paddock. There's the ragtime bands, the hats, the bugler.

Of course, the racing is fun, too. In horseracing circles, Saratoga has been nicknamed the "Graveyard of Champions," a reference to the fact that three horses that would appear on the Mount Rushmore of speed--Secretariat, Man 'O War, and Gallant Fox--all stunningly lost here. A fourth Rushmore-worthy horse competed there, too--Seabiscuit. A statue of him stands at the National Museum of Racing just across the street from the track. But a trip to Saratoga is less about winning or placing than just showing up and enjoying the experience. 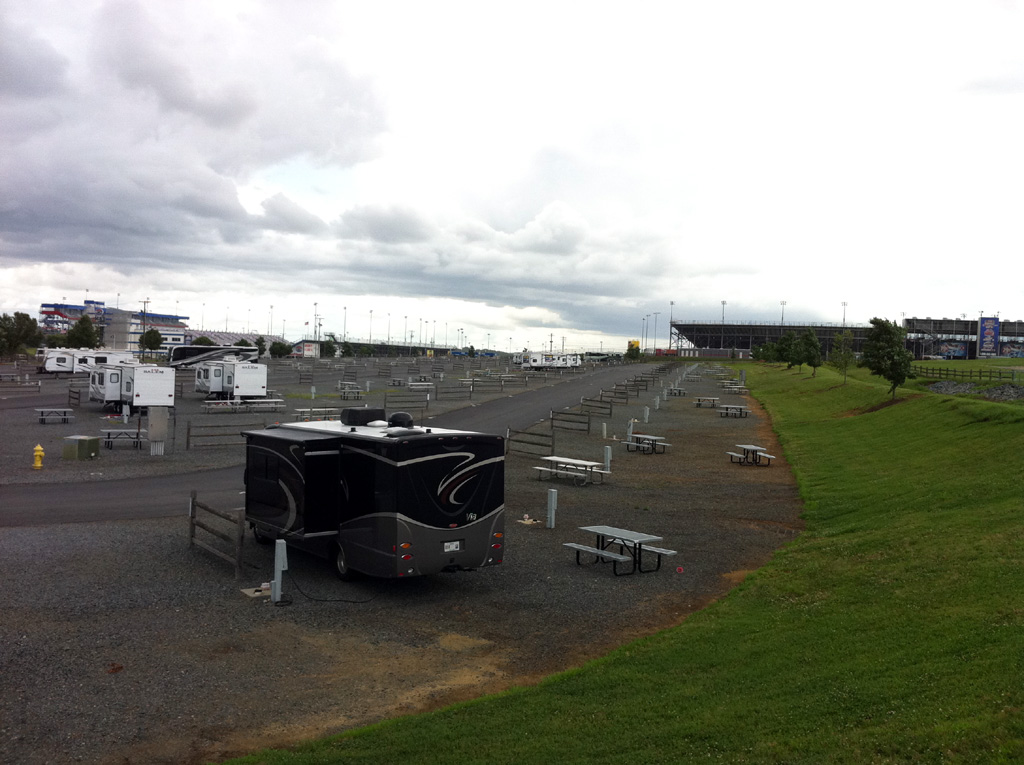 That lonely-looking RV in the photo is the Winnebago Via that we drove during the summer of 2013. It happens to be parked at a locale that is not often all that lonely, a place called Tom Johnson Camping Center Racing Resort in Concord, North Carolina. Say all you want about Daytona and Indianapolis. I would argue that this North Carolina locale is THE epicenter of four-wheeled speed in America.

I must admit that I really liked the fact that we were all but alone in this Mecca of motorsports. I could really soak in the scene during a stroll. I walked to the three racing palaces that dominated the view from our Winnebago windows--the zMAX Dragway, the Dirt Track at Charlotte, and the famed Charlotte Motor Speedway. During a typical race week, I might have been surrounded by folks converging for, say, a monster truck bash, a massive AutoFair, a drag racing event, NASCAR's Coca-Cola 600, or some 300 other annual events. They might be keeping an eye on the world's largest high-definition TV. They might be roaming the 10-acre Fan Zone or taking a behind-the-scenes tour or park in the Tailgate Zone (if they're not parked in one of the 8,000 private spaces on more than 2,000 acres).

On this particular Thursday in July--and, in fact, it was the Fourth of July--it was comparatively empty. But I'll put it this way: If it were a race day, our Via would have been surrounded by noise and energy--and lots of friends. 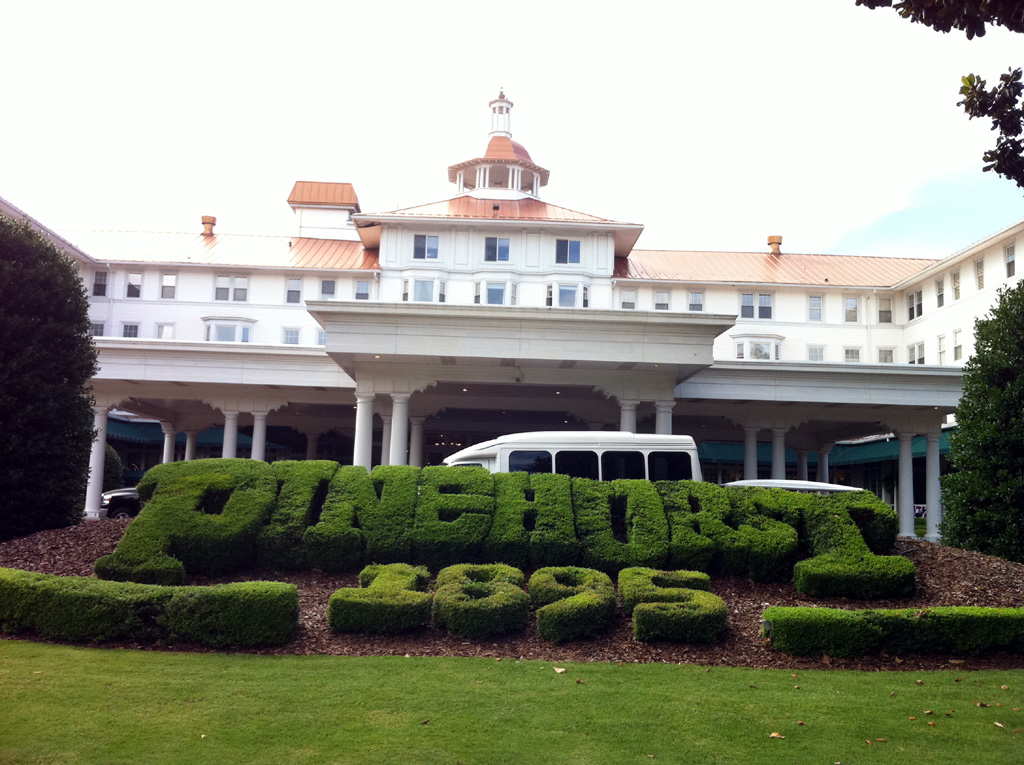 The golf is sublime--and Pinehurst recently was awarded yet another duty hosting a future U.S. Open tournament (in 2024). But the surrounding environs in the North Carolina Sandhills are perhaps even more so. The Village of Pinehurst, developed in 1895, has been designated a National Historical Landmark--and the village actually preceded the first golf course in Pinehurst. There's a Village Arboretum with three miles of natural walking trails, a garden, and a large open lawn area. There's Lake Pinehurst--200 acres for fishing, kayaking, or lazing in a cabana on the beach. And while you're at it, visit charming Southern Pines, just a few miles away.

Not only is Southern Pines surrounded by world-class golf courses and sprawling horse farms (both make any place picturesque), but the town itself is as quaint as they come. It's the kind of place where the freight train rolls through the center of town, past old fashioned ice cream parlors and wine bars and stores with names like The Mockingbird and The Country Bookshop and Betsy's Crepes, where the several-dozen crepe choices have named like Deja vu, Last Tango, and French Kiss. 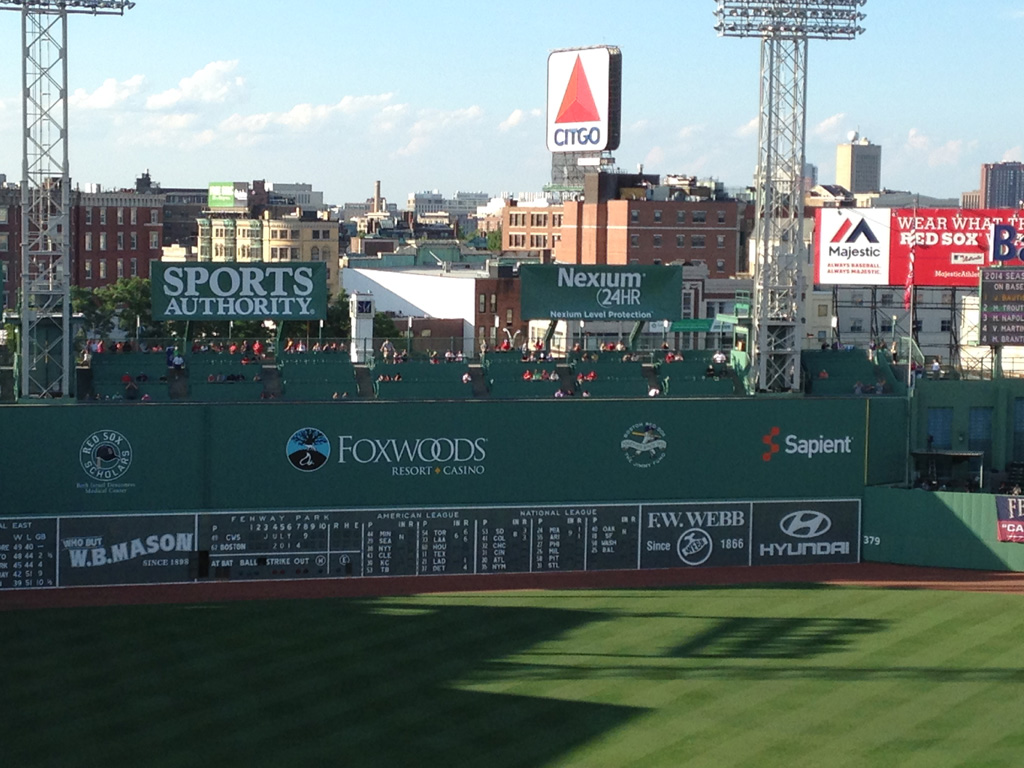 There are greens in sports--on the course at Pinehurst, on the jerseys at Lambeau Field, on the wall at Wrigley. And then there's Boston's Green Monster. That's a whole other level of iconic (even if it was originally painted blue). In fact, the color Fenway Green has actually been patented by the Red Sox. The view from atop the Green Monster in left field is classic. The view of it from the rest of the stadium? Perhaps even more so. And by the way, the inside of the Monster is filled with hundreds of signatures of former and current ballplayers. And did you know that the left field scoreboard features Morse code spelling out the initials of formers owners Tom and Jean Yawkey?

Fenway has been sold out for every game since 2003, but if you can snag a ticket, and if you're adorned in Red Sox paraphernalia, you'll fit right in. The stadium, built in 1912, is resonant with the ghosts of icons past--from Tris Speaker to Carlton Fisk. You'll sense them everywhere.

This is a place that has hosted everything from recreational and high school baseball games (until the 1950s) to the American Football League's Boston Patriots (in the 1960s) to the Harlem Globetrotters and Bruce Springsteen (well, not at the same time). It has also been the setting for scores of marriages proposals and a couple dozen weddings each year. But the Red Sox at Fenway? That should be a monster entry on any sports fan's bucket list. 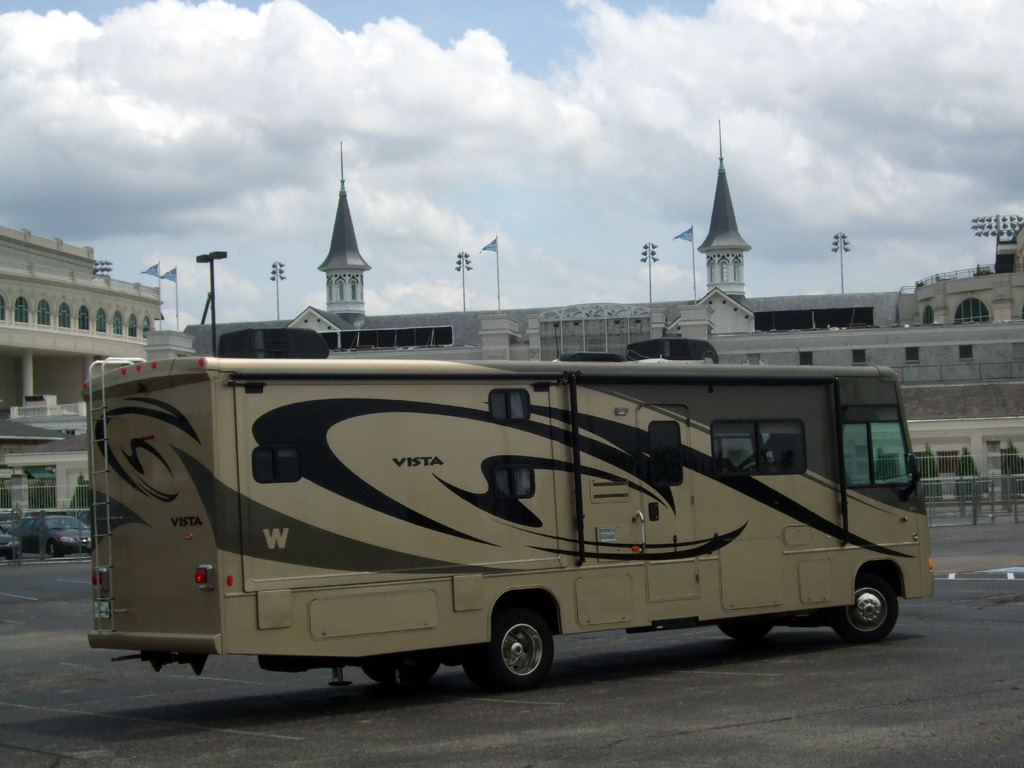 Louisville's Churchill Downs opened on May 17, 1875. The featured event that day was a little competition called the Kentucky Derby. Over the years, the race evolved into the pinnacle of the sport -- history, hype, training and talent running side by side in a two-minute thrill ride every May. Along the way, the racetrack itself--and its famous Twin Spires--became a sporting icon.

Even if you visit in mid-summer when the track is quiet (from most of July through October), there are still thrills aplenty. Take a half-hour walking tour of the track, where your guide will invoke the names of the equine greats who raced across the loamy soil, even pointing out the on-site gravesites of past Derby winners. Have lunch at the Derby Cafe, perhaps even sipping a famous mint julep (an acquired taste). Stop by the Finish Line Gift Shop and choose from assorted Derby-festooned coffee mugs and Christmas ornaments.

But the highlight is the Kentucky Derby Museum, a shrine to what many have called "the greatest two minutes in sports." You enter, of course, through a starting gate, where you immediately encounter a massive screen showing a dozen thoroughbreds in multi-colored silks bearing down on you. It's almost like you're there--and come to think of it, you are. The museum is a trip through history and drama. There are interactive exhibits--call a race from a sound booth, climb atop a fiberglass horse to practice balancing in the stirrups, view any Derby race dating back nearly a century. Or enjoy The Greatest Race, a film on a 360-degree screen that takes you from the birth of a foal to a place in the Winner's Circle. 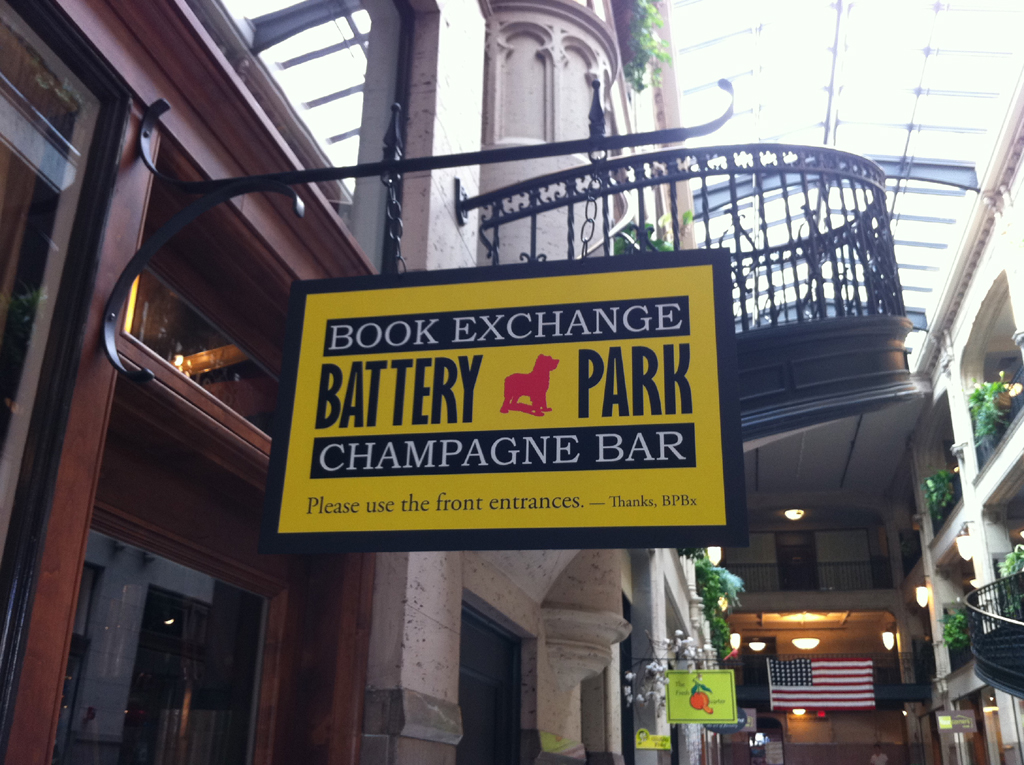 The Field of Dreams is more than just a baseball diamond carved out of a cornfield. It's about taking a chunk of the Heartland and turning it into a slice of Americana. It's a diamond in the rough--or at least amid the rows. If you're a fan of the film, when you arrive there (having rumbled down a dusty road that cleaves through acres of corn) and you glimpse that pristine green field and that classic white farmhouse well, there is instant recognition.

Is this heaven? Yes, it's Dyersville, Iowa.

It's an invitation to soak in the surroundings and revel in a film come to life. Run the bases. Pretend you're melting into the corn. Buy a souvenir T-shirt. Just stand there with a grin on your face. And along the way, you might want to read a book called "If You Build It" by Dwier Brown. Dwier played Kevin Costner's father in the movie--the fellow who (get your tissues out) "has a catch" with his son at the end of the movie while a line of cars proceeds toward the diamond. He happens to be a very nice guy and a good writer. The book is about the making of the movie, but also about fathers and sons and baseball and regrets and dreams--and, of course, that's what a visit to Dyersville is all about, too.