During each cross-country journey to research my trilogy of American travel memoirs, I have brought along a digital recorder, not only for the interviews, but for my own commentary as I'm strolling through a small-town or rumbling along a ribbon of highway beneath an endless sky. And I always marvel at the fact that some of my favorite passages from my books are nearly word for word what I spoke into my recorder--because I'm in the moment, and the words come out with a lyrical quality inspired by a flash of epiphany.

But while the landscape itself always inspires me, other writers inspire me, too. I collect classic descriptions of places--sometimes on paper, often in the recesses of my mind--and they motivate me to match the evocative and intriguing qualities of such passages. So I recall that Henry Miller described "a riot of changing color patterns" and Bill Bryson commented on how "a pink dawn was pilled across the sky." These, I remember.

With that in mind, here is a list that will take you places--eight great writers describing eight American locales: 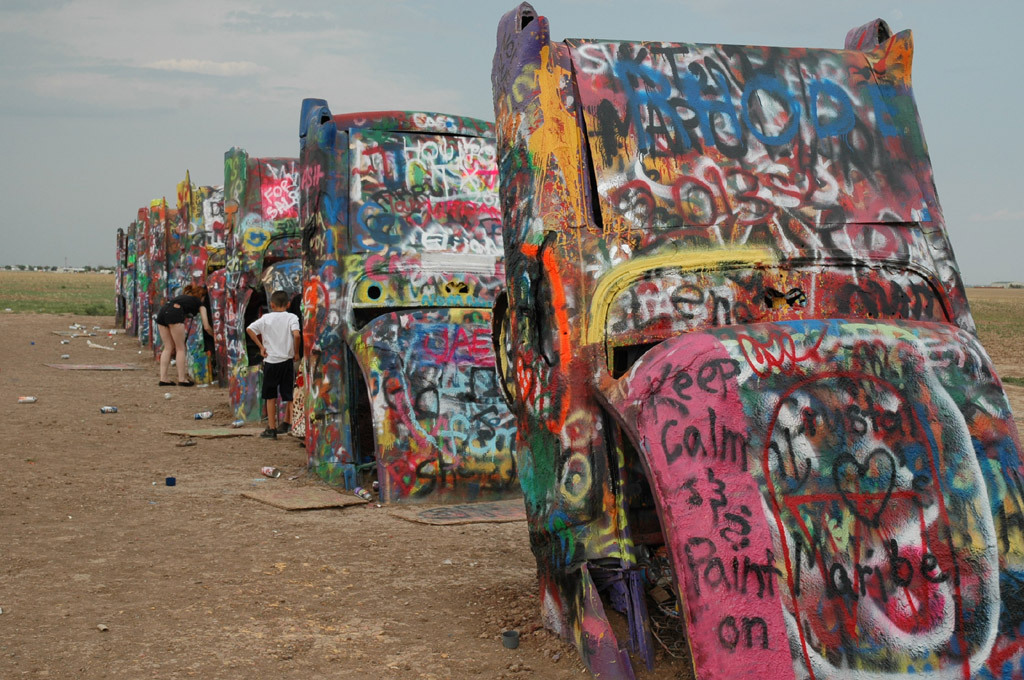 Not until the afternoon does the wind begin to blow, raising dust and sand in funnel shaped twisters that spin across the desert briefly, like dancers, and then collapse--whirlwinds form which issue no voice or word except the forlorn moan of the elements under stress. After the reconnoitering dust-devils comes the real, the serious wind, the voice of the desert rising to a demented howl and blotting out sky and sun behind yellow clouds of dust, sand, confusion, embattled birds, last year's scrub-oak leaves, pollen, the husks of locusts, bark of juniper... 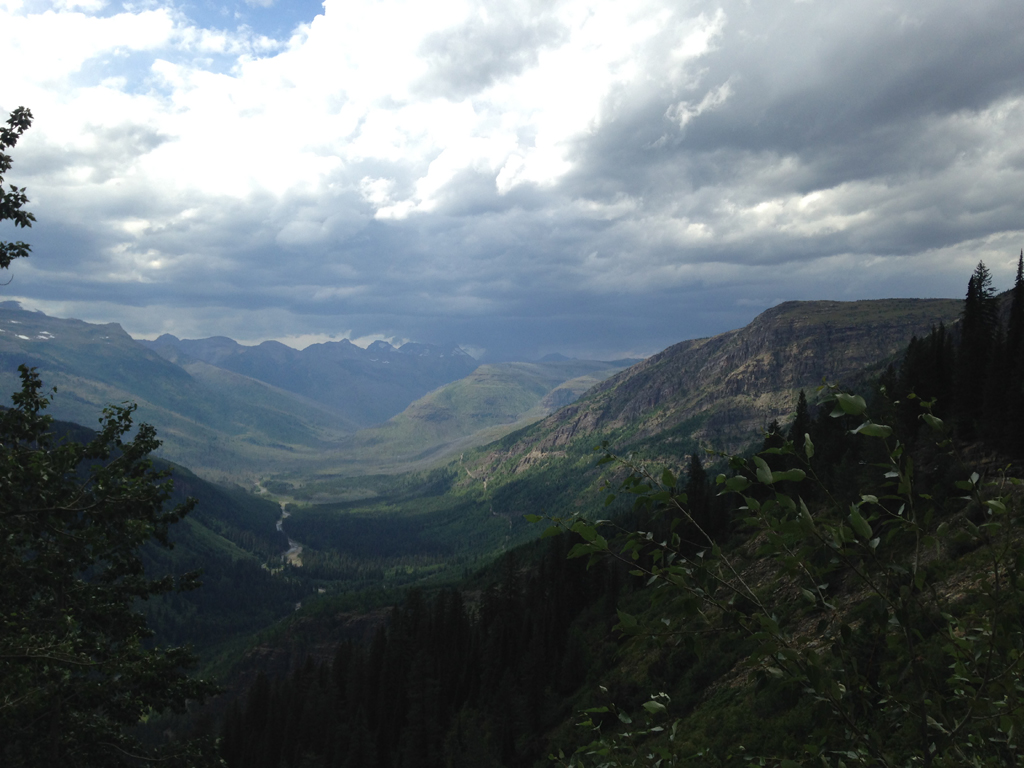 On the Big Blackfoot River above the mouth of Belmont Creek the banks are fringed by large Ponderosa pines. In the slanting sun of late afternoon the shadows of great branches reached from across the river, and the trees took the river in their arms. The shadows continued up the bank, until they included us. 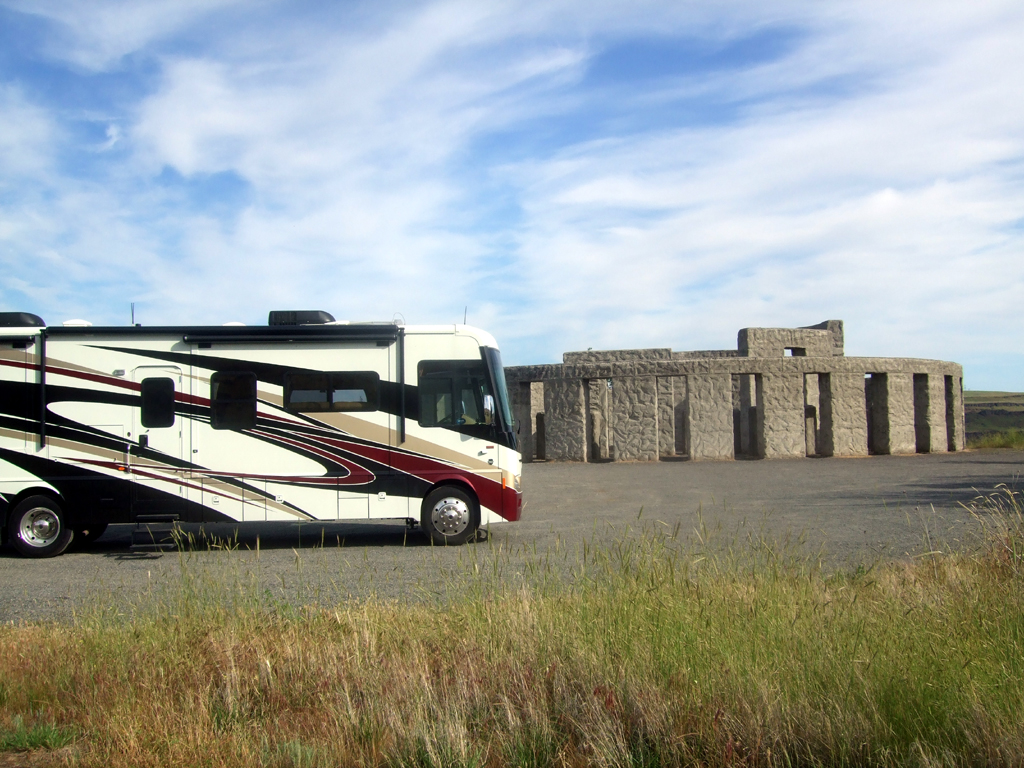 Mark Twain on the Mississippi River:

If there had been a conspicuous dead tree standing upon the very point of the cape, I would find that tree inconspicuously merged into the general forest, and occupying the middle of a straight shore, when I got abreast of it! No prominent hill would stick to its shape long enough for me to make up my mind what its form really was, but it was as dissolving and changeful as if it had been a mountain of butter in the hottest corner of the tropics. Nothing ever had the same shape when I was coming down-stream that it had borne when I went up 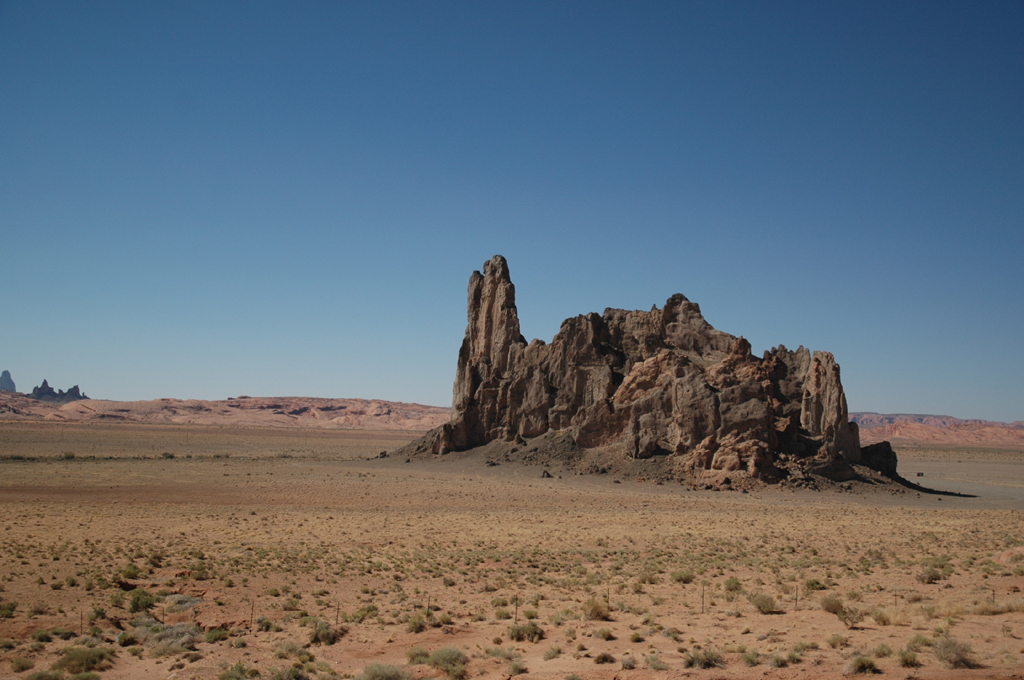 June is the cruelest month in Tucson, especially when it lasts till the end of July. This is the season when every living thing in the desert swoons south toward some faint salt dream of the Gulf of Mexico: tasting the horizon, waiting for the summer storms. This year they are late. The birds are pacing the ground stiff-legged, panting, and so am I. Waiting. In this blind, bright still-June weather the shrill of the cicadas hurts your eyes. Every plant looks pitiful and, when you walk past it, moans a little, envious because you can walk yourself to a drink and it can't. 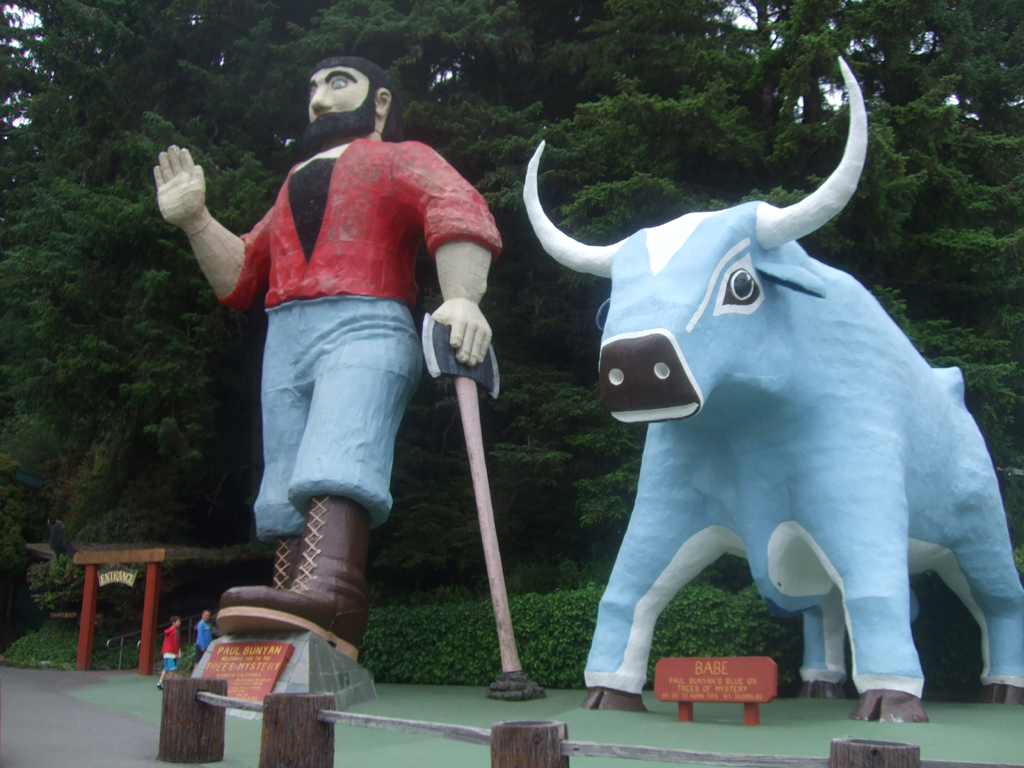 Summer here comes on like a zaftig hippie chick, jazzed on chlorophyll and flinging fistfuls of butterflies to the sun. The swamps grow spongy and pungent. Standing water goes warm and soupy, clotted with frog eggs and twitching with larvae. Along the ditches, heron-legged stalks of canary grass shoot six feet high and unfurl seed plumes. In the fields, the clover pops its blooms and corn trembles for the sky. 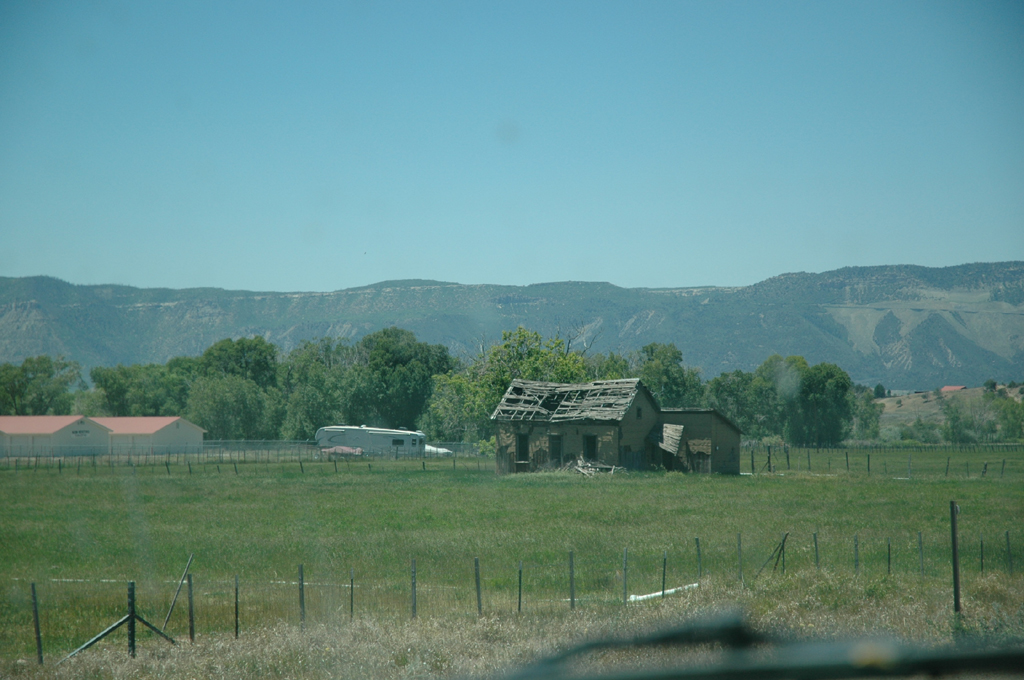 When they were in front of the empty house at the end of the road they stopped to study it and everything around it. The broken-down neglected locust trees, shaggy barked, the overgrown yard, the dead sunflowers grown up everywhere with their heads loaded and drooping, everything dry and brown now in the late fall, dust-coated, and the sunken house itself diminished and weathered, with the front door swung open carelessly and the windows broken out over the years, and the sole square intact window in the attic bearing a fly screen that was turned down loose from one corner in a way that looked peculiar, like it was sleepy-eyed. 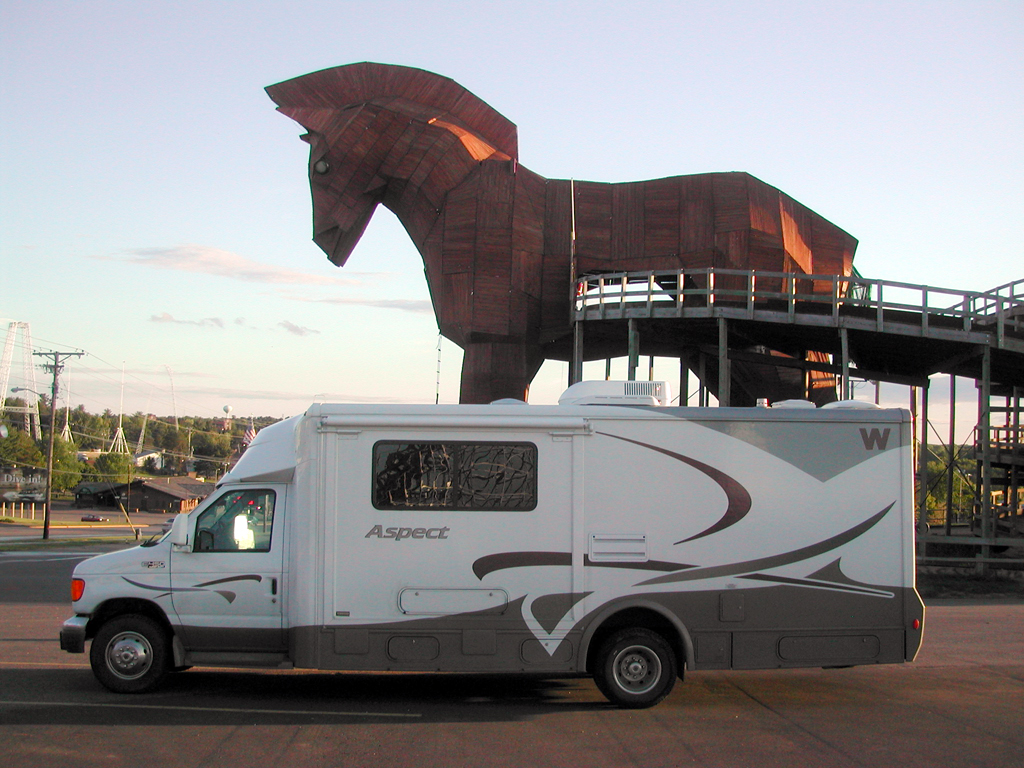 I lay there imagining all the ways I could see again the coves and points and islands of that infinite, indented coast--from a lobster boat, maybe, or a windjammer, or a fishing smack. In Maine, it's fun to glimpse the sea from the land, but to survey the dark forests and rocky headlands from the sea with a fair wind and a running tide is a glory to last you all your life. 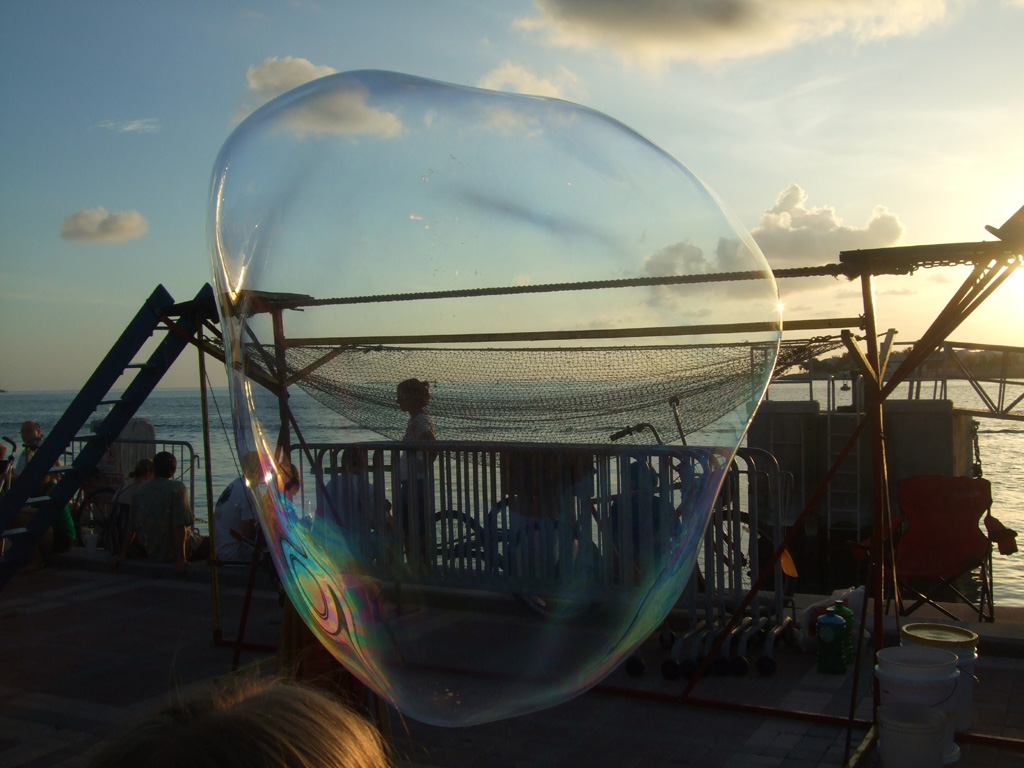 Kathleen Norris on the Dakotas:

The silence of the Plains, this great unpeopled landscape of earth and sky, is much like the silence one finds in a monastery, an unfathomable silence that has the power to re-form you. And the Plains have changed me. I was a New Yorker for nearly six years and still love to visit my friends in the city. But now I am conscious of carrying a Plains silence within me into cities, and of carrying my city experiences back to the Plains so that they may be absorbed again back into silence, the fruitful silence that produces poems and essays.