Glacier National Park has been on my bucket list for quite some time. Our six-week journey through the American Northwest made it a possibility. In fact, I'd say it was the focal point of the trip--an expected highlight, a pick-your-jaw-off-the-floor trek into what they call the Crown of the Continent. In fact, they also call it Waterton-Glacier International Peace Park. And it's a World Heritage Site, along with the likes of the Egyptian pyramids and the Taj Mahal. I mean, how could it possibly live up to those lofty titles, right?

You can't really describe Glacier. You can only approximate. Maybe the best way is to say that it offers a little bit of everything--the grandeur of Grand Teton, the lushness of Olympic, the quirkiness of Devils Tower, the sweep of Yosemite, the majesty of the Black Hills, the diversity of Yellowstone, the whoa moments of Grand Canyon. I could go on. The point is this: We spent four days there--four very different days--and not a single day disappointed.

Fact: In 1850, there were an estimated 150 glaciers in Glacier National Park. By 1968, there were only 50. Today, there are just 25, most of them only remnants of their previous glory. Scientists predict that they will likely all be gone within the next several generations. It is a see-them-while-you-can experience.

One of those ancient glaciers once filled Lake McDonald Valley and carved out a deep basin that is today filled with water. Lake McDonald is 10 miles long and 500 feet deep, and it was our Day One destination. Now, we could have opted for a Red Bus tour, a narrated drive along the backbone of the park in one of these iconic open-top automobiles. 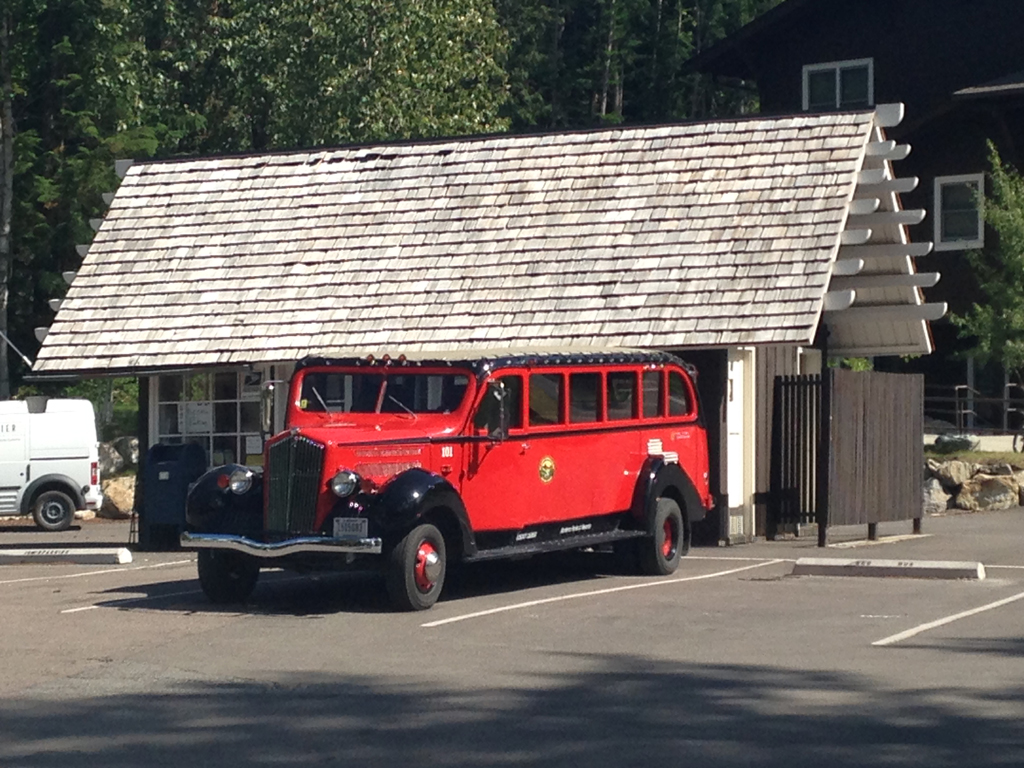 But one of my favorite aspects of an RV journey is the notion that you're in complete control--your own pace, your own preferences, your own choice of company. So Amy and I--just the two of us and our favorite tunes--set out from a breathtaking KOA Kampground in West Glacier in this "red bus" instead. 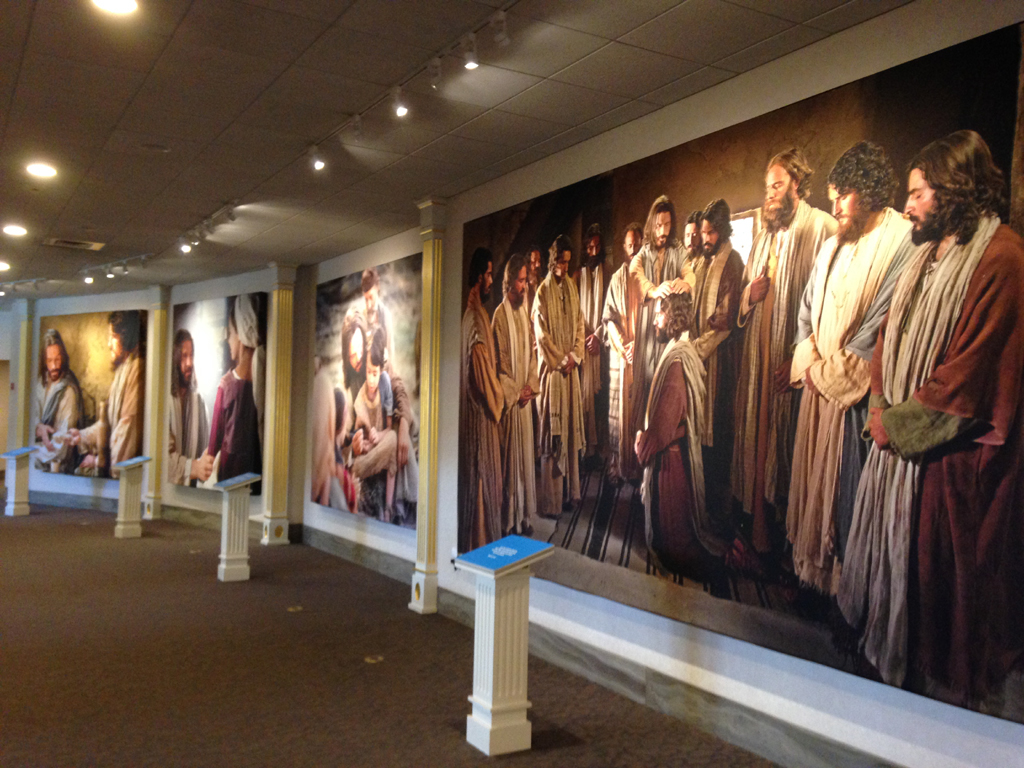 And we drove just about as far as you're allowed to pilot an RV along Glacier's famous Going-to-the-Sun Road--the first 16 miles of the western side, most of it alongside Lake McDonald. There's something about a mountain lake... I don't know if the mountains make the waters seem more pristine. Or maybe the waters make the mountains appear more majestic. Or perhaps the cotton-ball clouds and the robin's-egg sky bring out the wonders of both. But it works. 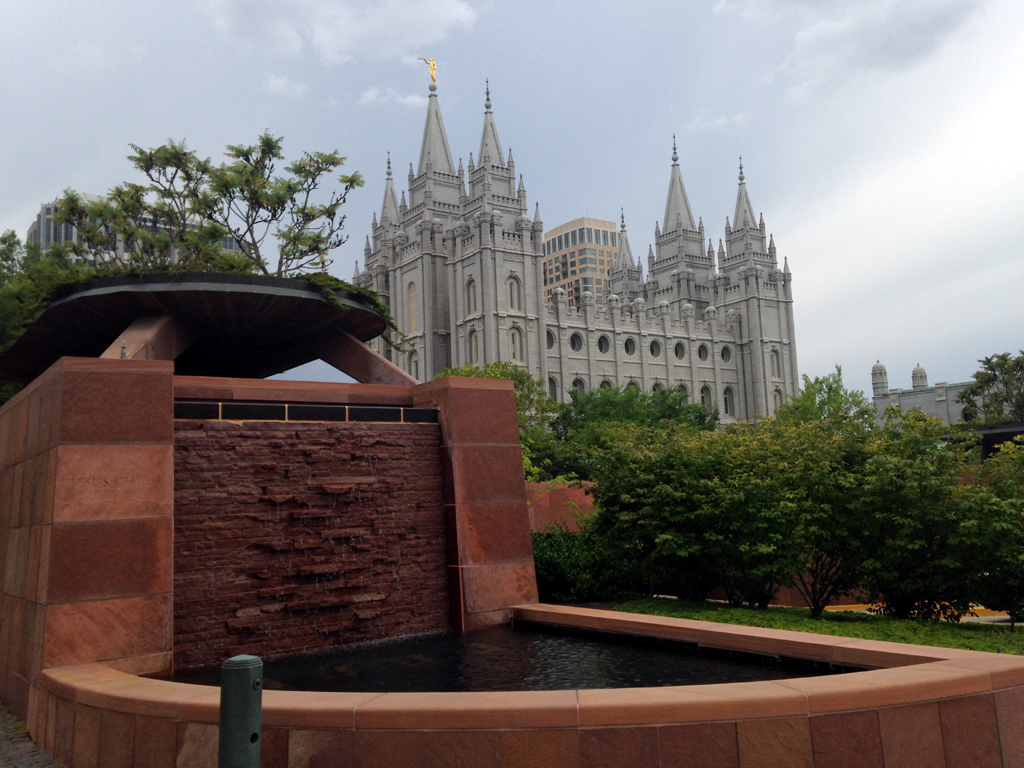 And then when you can cap a glorious afternoon with an early dinner at Lake McDonald Lodge, a 102-year-old structure that seems a bit like a Swiss chalet set in the Big Sky (they call it "a view with a room"), well, that's a winner of a day. 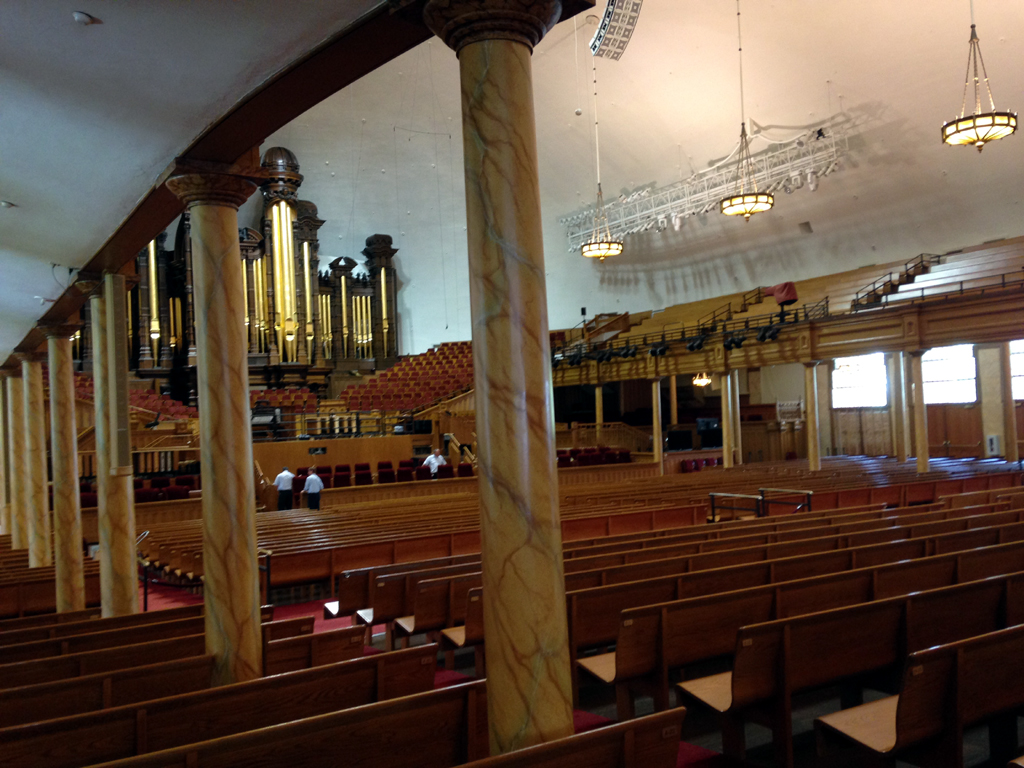 Most of our second day in Glacier NP was actually spent outside of the national park. You can't take a 33-foot motorhome the entire length of Going-to-the-Sun Road, which bisects the park. Yes, it's a Winnebago Brave, but we're not THAT brave. Plus, it's just not allowed. However, we wanted to camp on the eastern edge of the park, too, so we simply went around--along U.S. 2 from West Glacier to East Glacier and beyond. That meant crossing over Marias Pass and the Continental Divide.

Whenever I cross the Divide, I'm overwhelmed by the pioneer spirit that allowed earlier generations to cross it under much less comfortable conditions. If a place can seem imposing and unforgiving while cruising along smooth pavement in a vehicle equipped with state-of-the-art comforts, how must have it seemed when discomfort was a daily, weekly, monthly constant? And yet perseverance has its payoffs, and I like to think crossing the Divide was one of them.

Often, however, the Divide seems more geographical than geological. One side of the nation's backbone doesn't necessarily look all that different from the other. But Marias Pass... that was unexpected. Before we arrived there, the landscape looked like this... 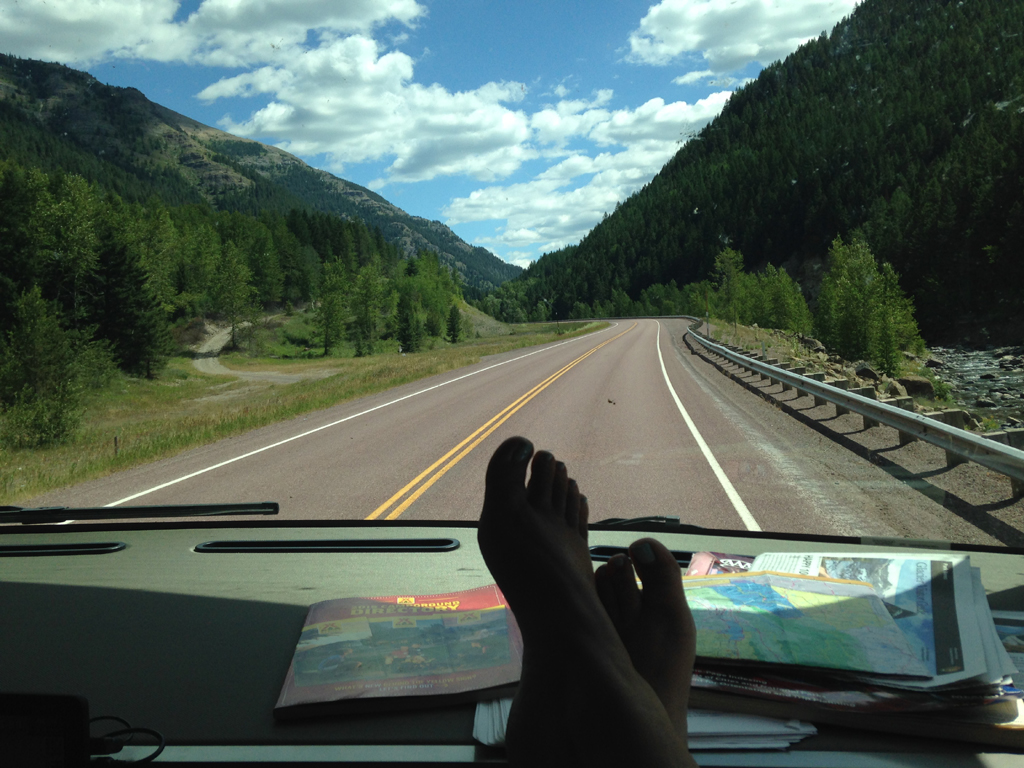 Immediately after we crossed the Divide, it looked like this... 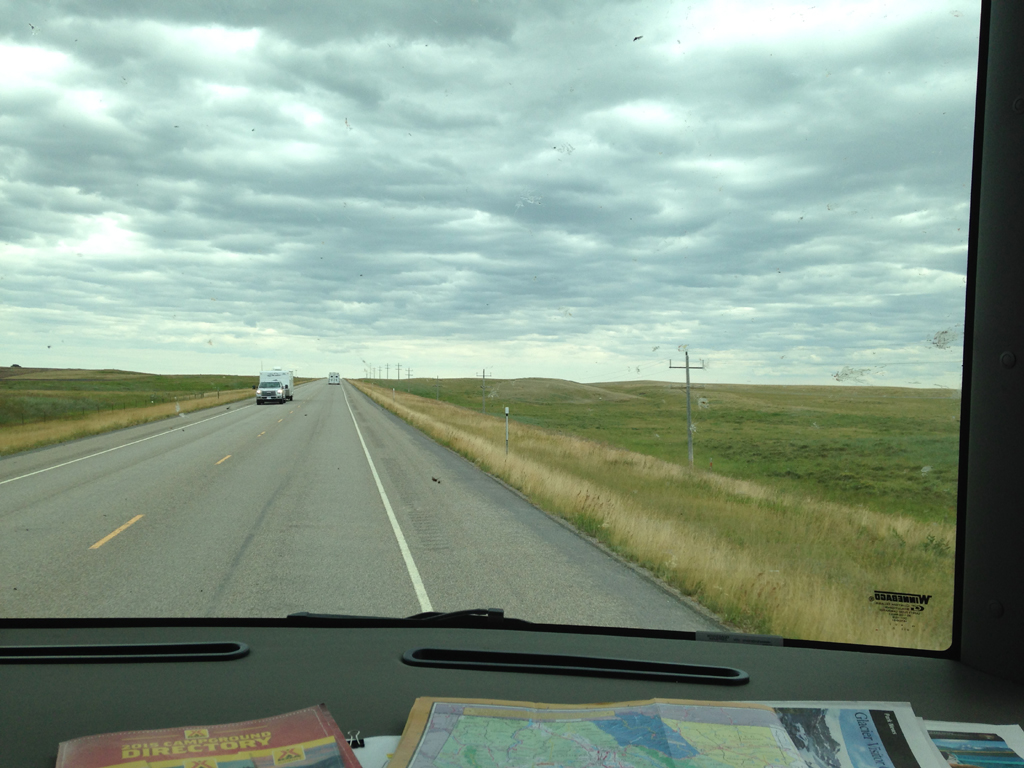 But then, as we arrived in Browning, Montana (amid the Blackfeet Indian Reservation) and swung northwest toward our KOA Kampground in St. Mary, the mountains came into full view again. And we knew we were in for something special tomorrow.

Going-to-the-Sun Road is a 50-mile-long masterpiece. Completed in the 1930s and winding through the heart of Glacier, it has been designated a National Civil Engineering Landmark, has been deemed a National Historic Landmark, and has been placed on the National Register of Historic Places. It's the only U.S. road with all three prizes.

Any vehicle over 21 feet long is prohibited from the road. But the St. Mary KOA has a handful of rental cars available. So we chose that option and set off for the ride of a lifetime. Going-to-the-Sun is narrow. It is steep. It is winding. It is crowded. And it is almost indescribably breathtaking. 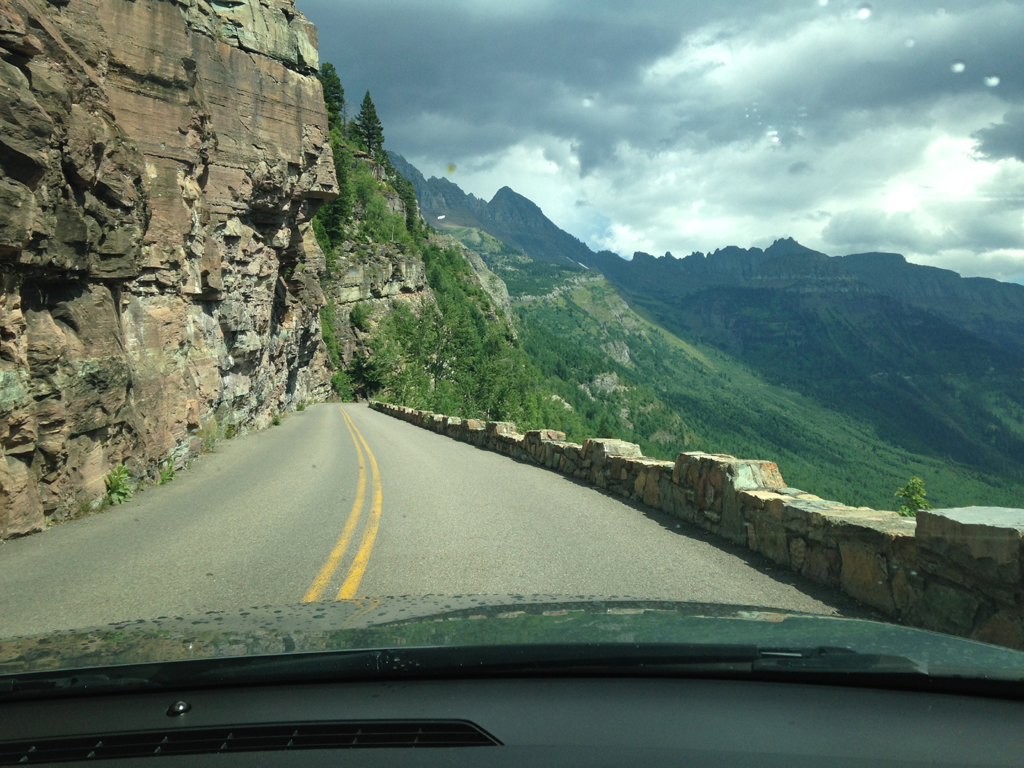 What's the most remarkable thing about the drive? Is it the glaciers that serve as remarkable reminders of climate altered and epochs gone by? Or the sharp mountain ridges that rise like fists into the sky? 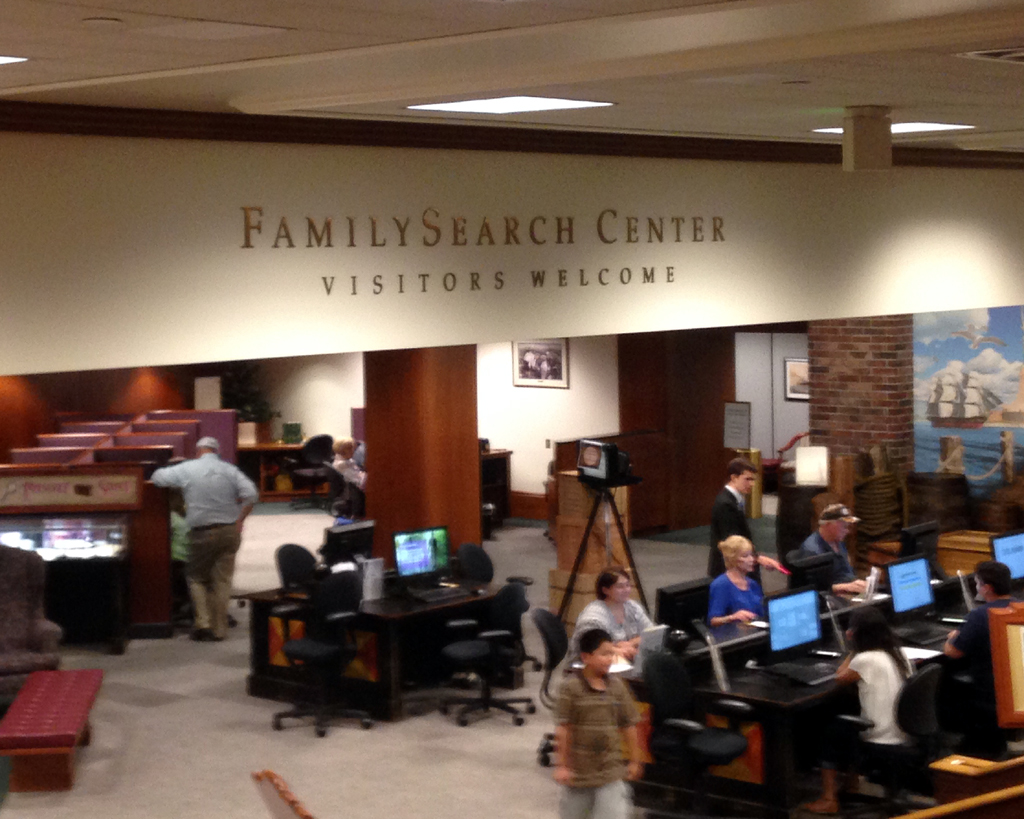 Is it the wildflowers that paint either side of the highway like a Monet masterpiece? Or the lush and lovely river valley below? 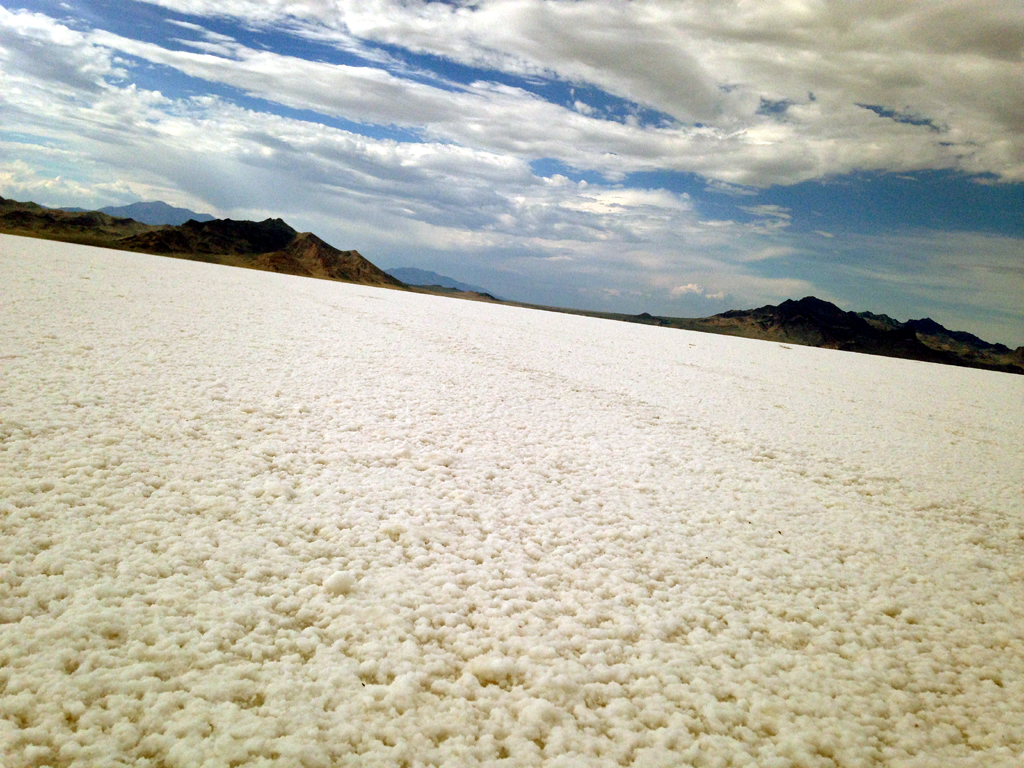 Is it waterfalls that cascade hundreds of feet? Or the Weeping Wall, where the waters rush down to the roadside? 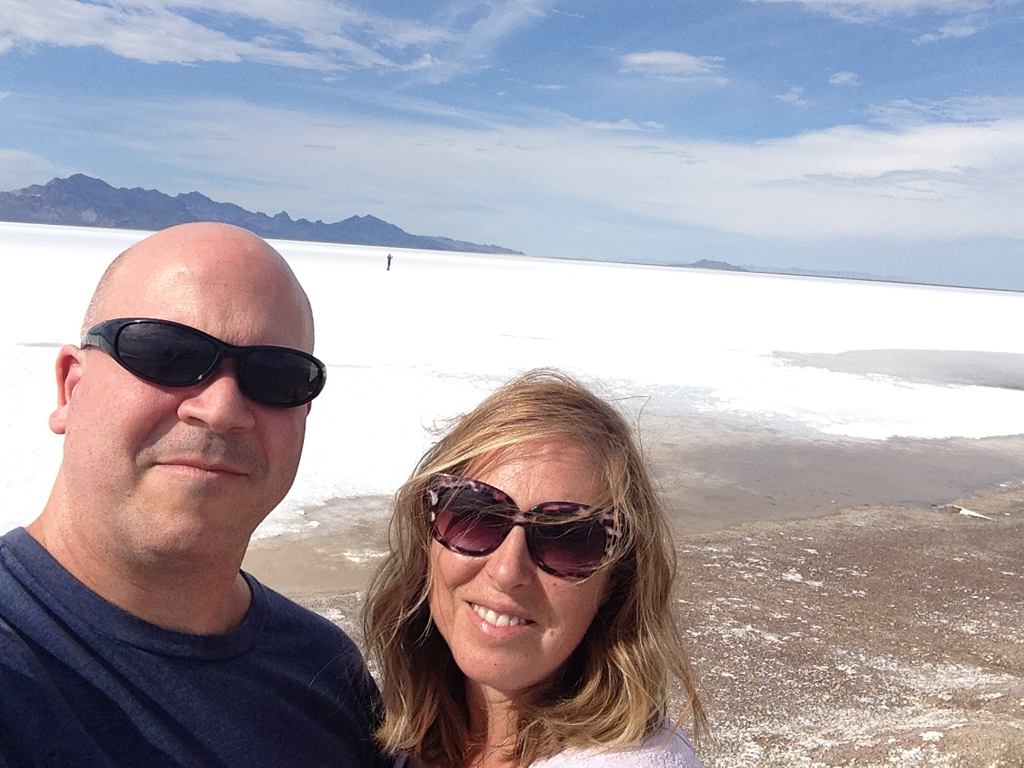 Is it Trail of the Cedars, where you can come face to face with trees that were saplings in the days of Mozart? 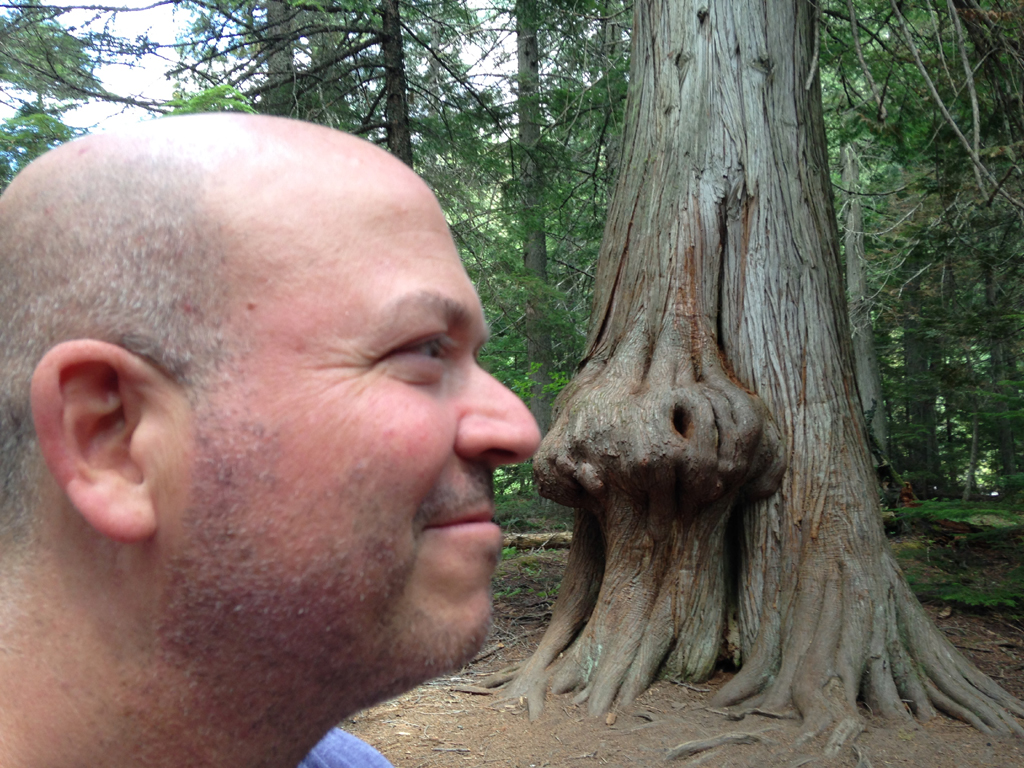 Or is it the wildlife? This is bear country--black bears (which, incidentally, can be brown, blond or cinnamon in color) and grizzlies. Entire spreads in various guides and brochures tell you how to protect yourself from the wildlife (while, of course, protecting the wildlife, too). But long hikes weren't in our plans for this part of the journey, so we figured an encounter with an actual bear was supremely unlikely. 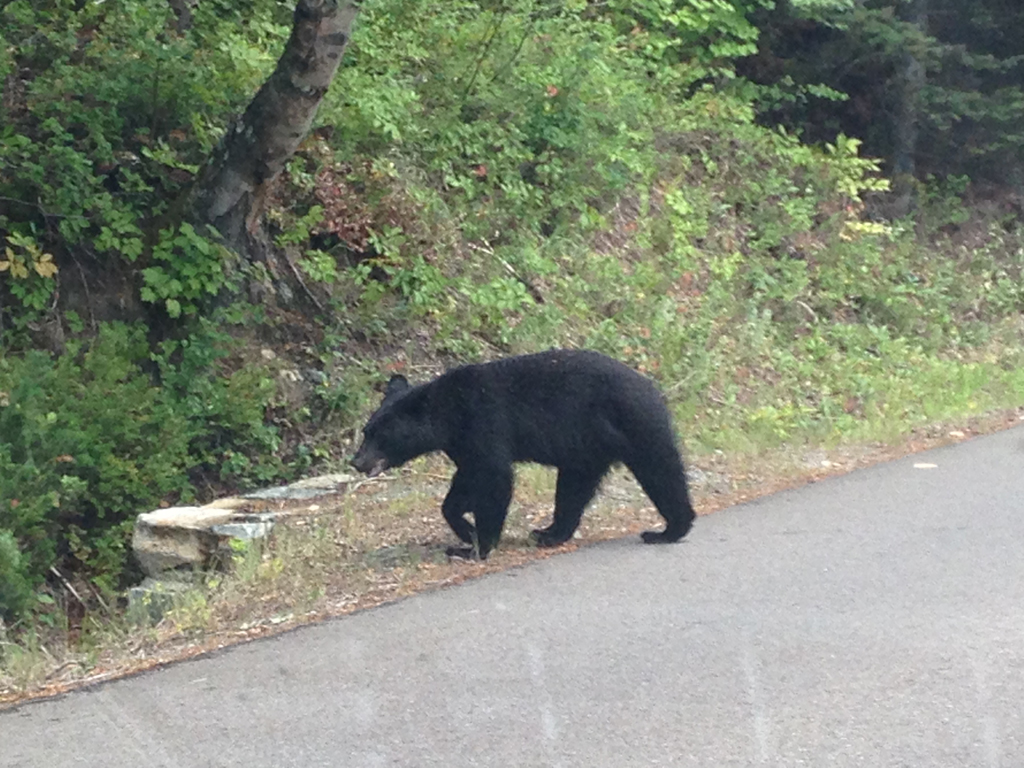 Yep, I actually had to stop suddenly because a black bear ambled DIRECTLY in front of our car. He sniffed around for a while, crossed the street, and slowly made his way into the forest. In all our treks to all kind of places with myriad opportunities to encounter wondrous wildlife... we've never had an experience quite like that. And I was pretty certain we wouldn't again.

Nearly as impressive was our encounter (about an hour later at one of the countless whoa-moment roadside turnouts) with an Austrian fellow named Claudio. Here we were congratulating ourselves on an epic six-week trek in comfort and style. Claudio? He was two months into a seven-month trip from Alaska to Panama. By bicycle.

As we bid him farewell, I realized that we each define our own parameters of adventure. 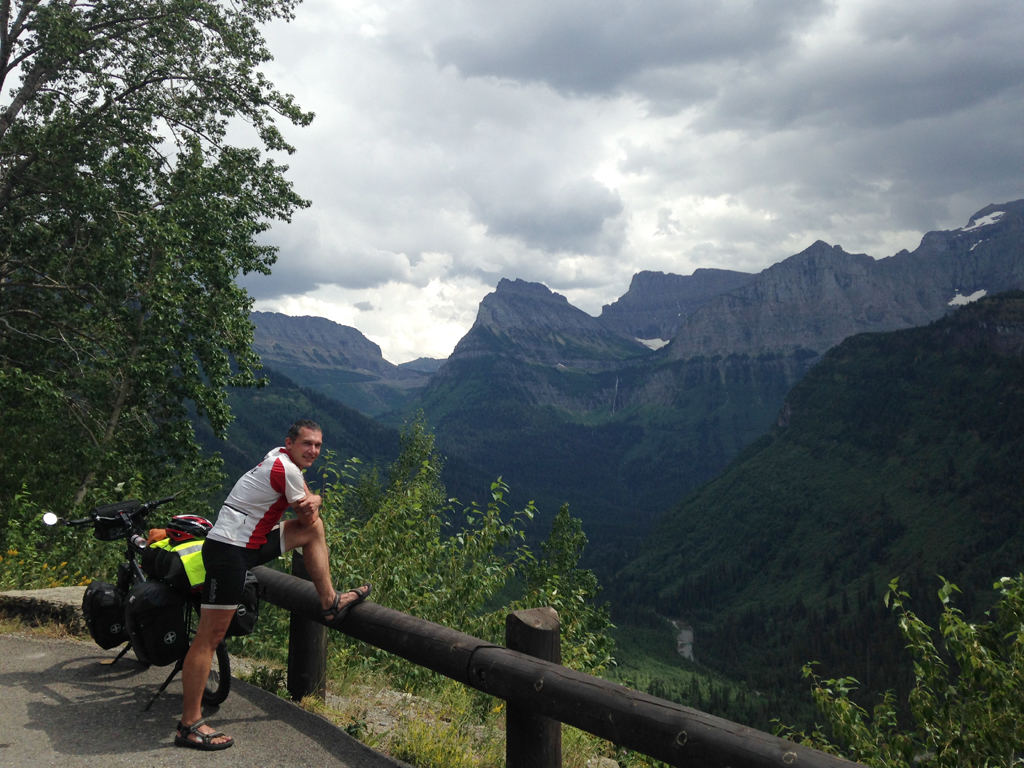 And on the fourth day, we rested. Sort of. We started up the Brave and set out on yet another jaw-dropping afternoon drive. We rumbled 21 miles from our campground to Many Glacier in the park's northeast corner, where there is a magical confluence of wonders. In about a square half-mile you have beautiful mountain vistas, an active glacier, a sparkling lake, a waterfall, wildlife, and the aging-but-impressive Many Glacier Hotel. 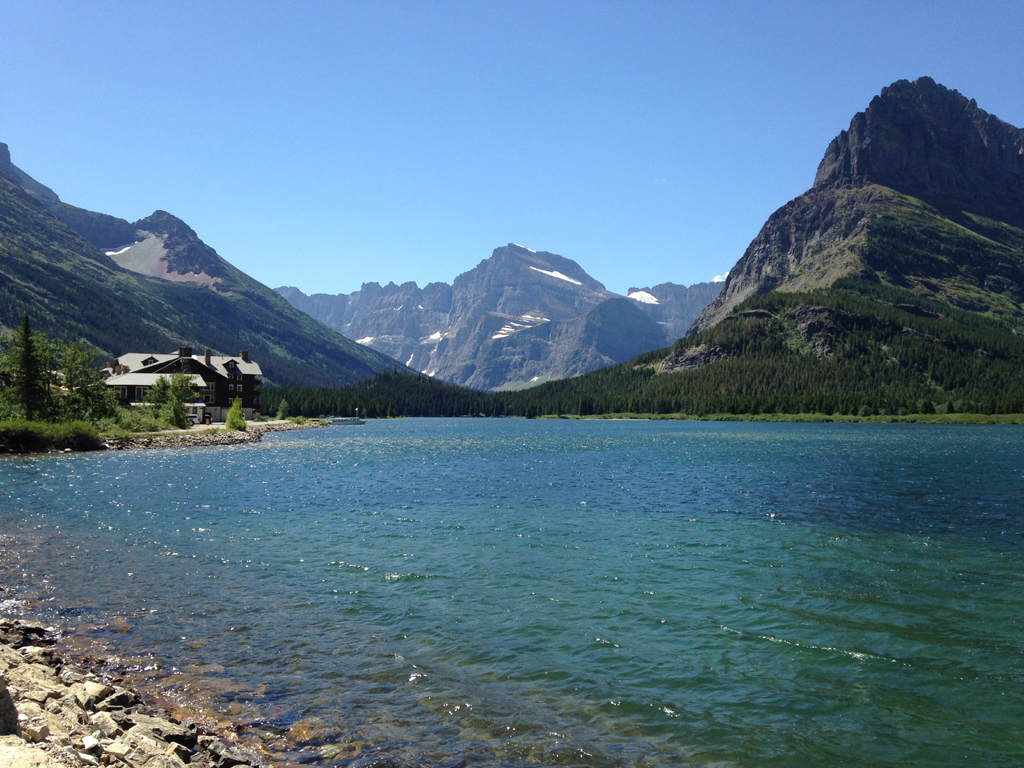 The hotel turned 100 this year. Back when it opened--on July 4, 1915--it was Montana's largest hotel. It was saved from a roaring forest fire in 1936 by some brave employees who choked through the smoke to wet the building and beat out embers. Then again, they had the motivation to protect this... 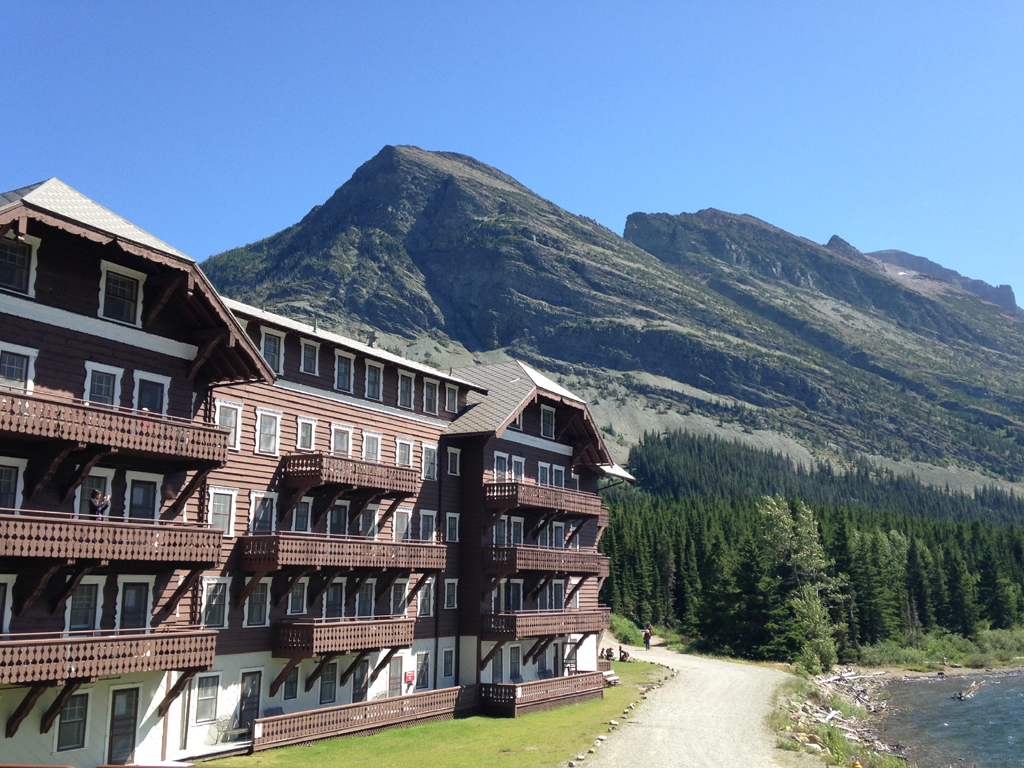 While we were there, we overheard a tour guide telling folks that the place completely closes down in the winter. They don't even plow the road to Many Glacier. They board up the hotel. They turn off the water. Nobody is there.

Except for a single caretaker. "The Shining," anyone? 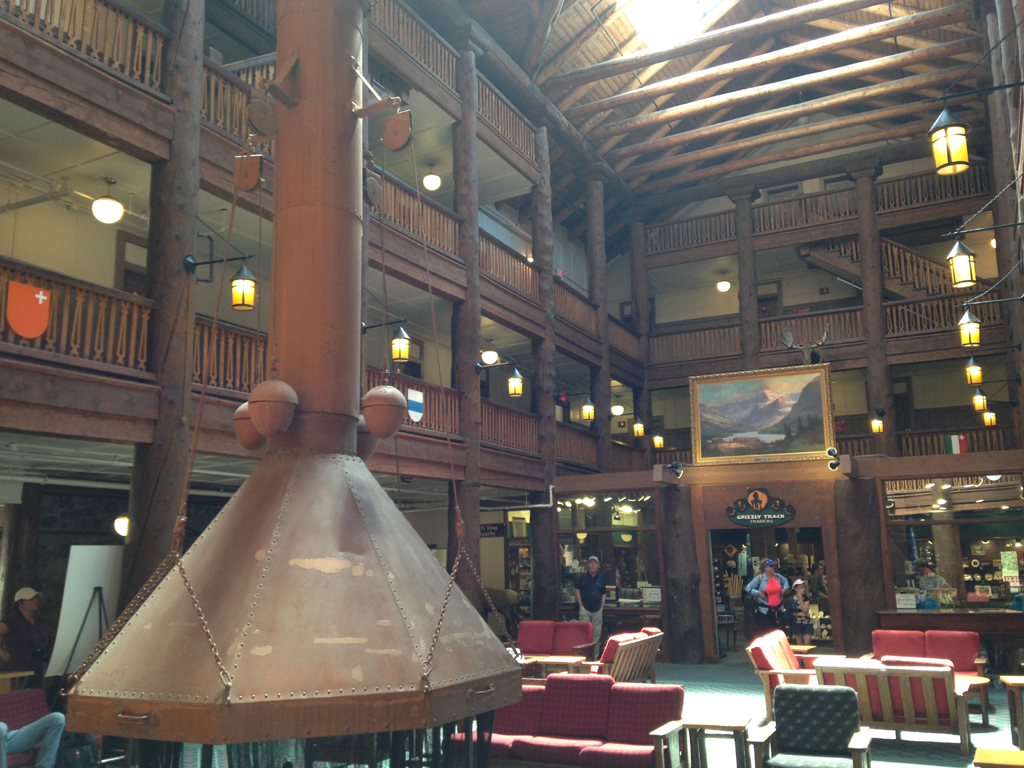 Of course, even though it ain't easy to get there, there were plenty of people roaming the hotel, boating on the lake (despite high wind gusts), scanning the distant hills for any signs of mountain goats. We enjoyed a meal at the Ptarmigan Dining Room (try the fried portabella mushrooms), then we grabbed a couple of books, found a couple of chairs overlooking the lake and sat for a while, simply enjoying the ice-carved panorama. It was like one long contented sigh. And we barely opened our books. 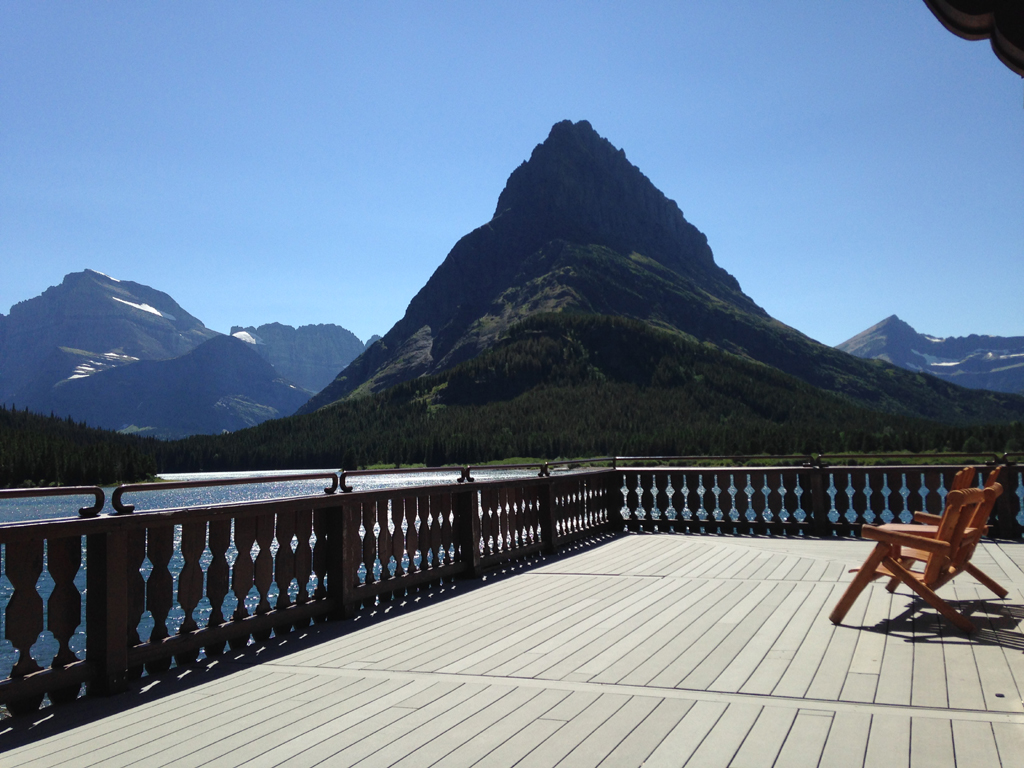 Hours later, we walked the quarter-mile or so back toward our Brave. But on the way... yep. it pretty much happened again. This time, a curious mountain goat walked right past us, as if looking for a bellhop. 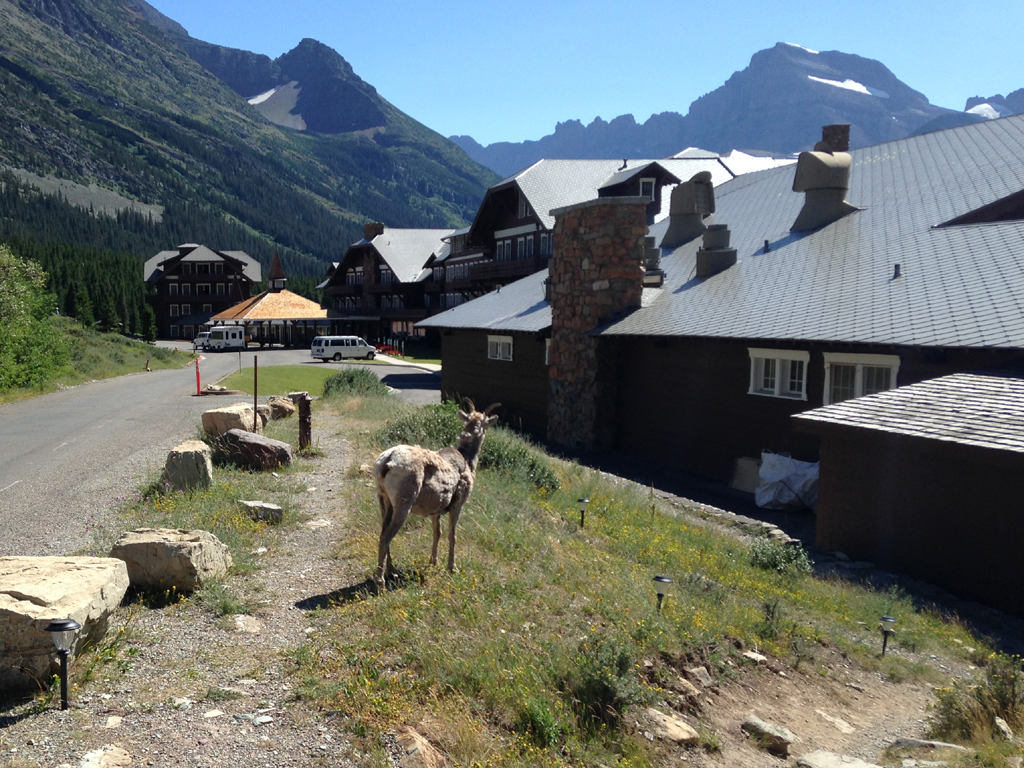 Wow. Two close and unexpected encounters with the wild in two days. Couldn't possibly happen again, right? Well, as we drove back toward our KOA Kampground in St. Mary, I noticed an unusual yellowish cloud rising above the mountain ridge amid an otherwise cloudless sky. That's strange, I thought. 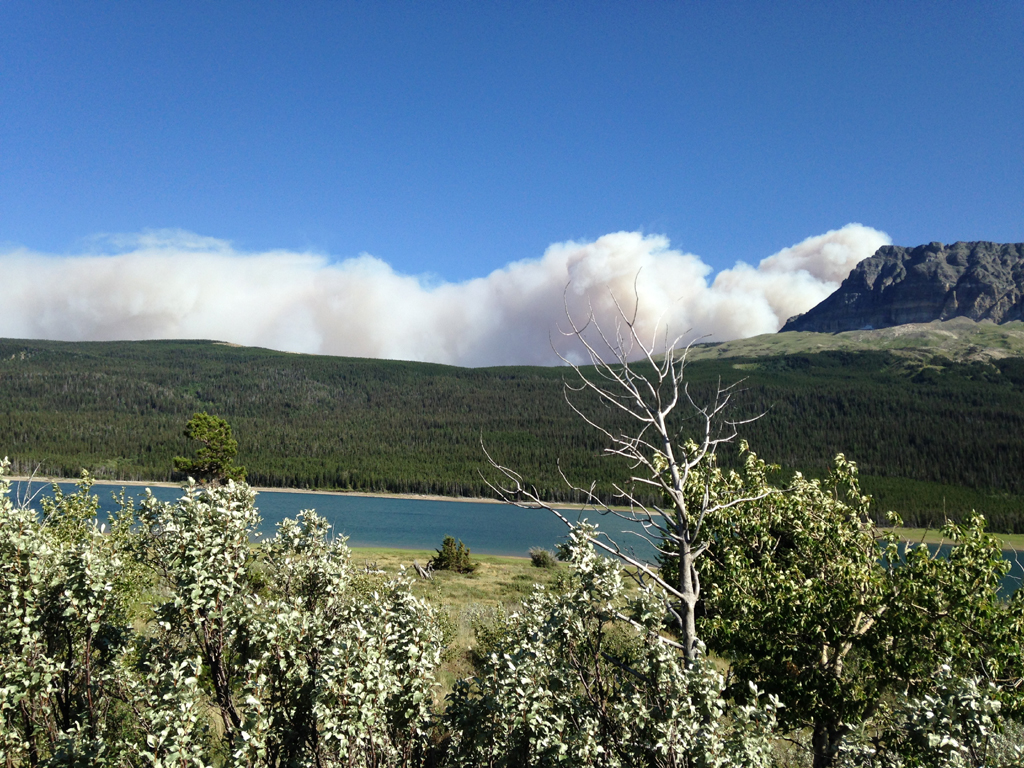 It grew into this--a wildfire in Glacier that spread to nearly 1,000 acres within 12 hours, closed Going-to-the-Sun Road and caused evacuations in the park. 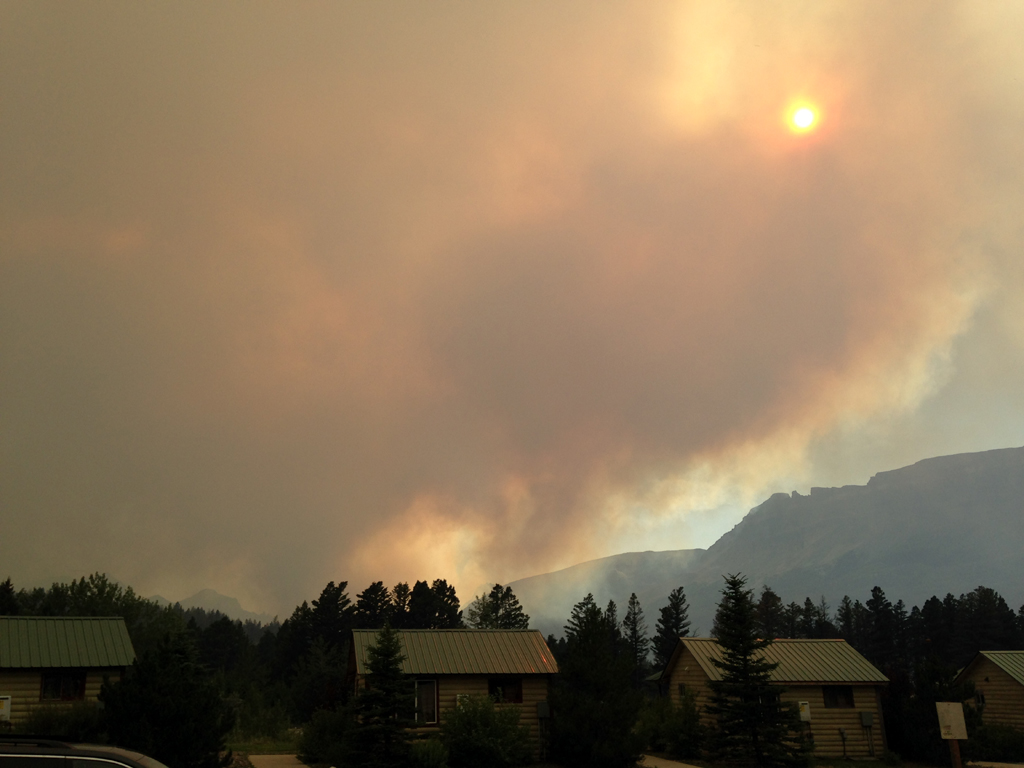 By then, we had decided to alter our plans and drive a couple of hours east (just in case), having already well understood the power of nature. Be open to wonder, and be careful out there.