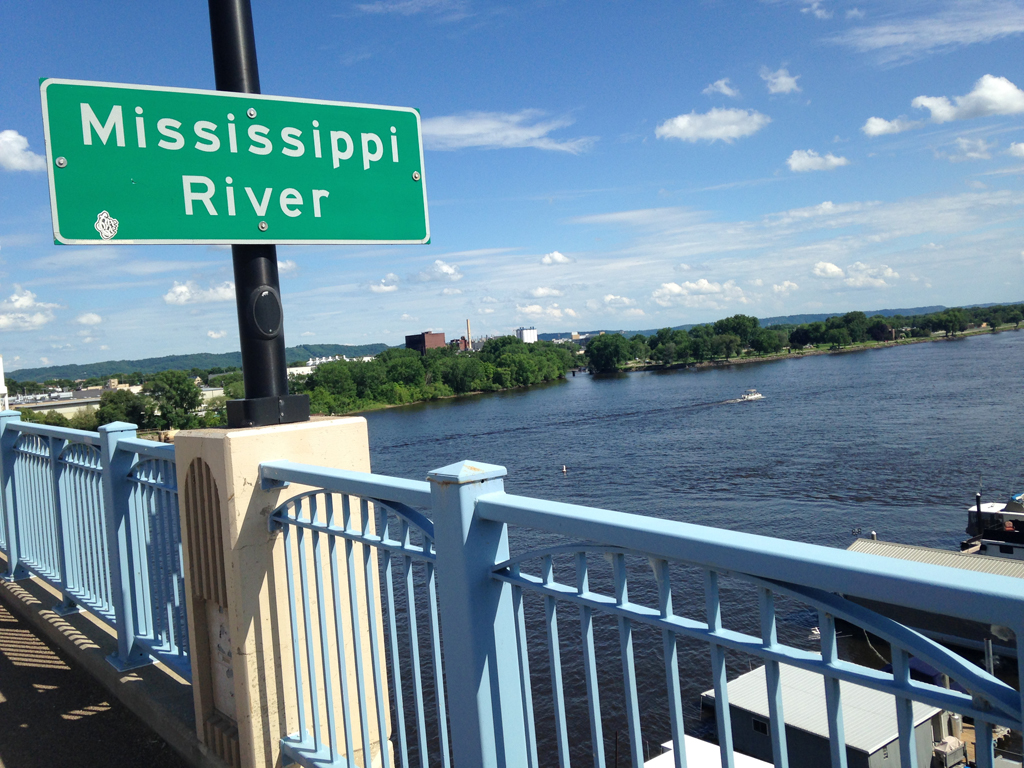 The Mississippi River makes me think, of course, about Mark Twain. I'm not sure if Twain played golf, but he did record one of my favorite quotes about the game: "It's not good sportsmanship to pick up lost golf balls while they're still rolling."

Golf is on my mind, in part because we briefly stopped rolling amid our summer RV journey. I'll explain shortly. I am a meticulous planner, especially when it comes to our annual trips. My itinerary for this year's six-week, 11-state journey is ridiculously specific. I know where we're going, naturally, and how long we're going to spend there. I've made dozens of campground reservations. I know whom we're going to see along the way. But I also have a pretty good idea of which restaurants we're going to try in Boise and Salt Lake City... and which bookstores we're going to hit in Missoula and Casper... and even where the truck washes might be along the way.

My goal is to maximize the experience. Take advantage of every day on the road. So while I'm no Boy Scout, "Be prepared" is my motto. Case in point--here's our June-and-July calendar: 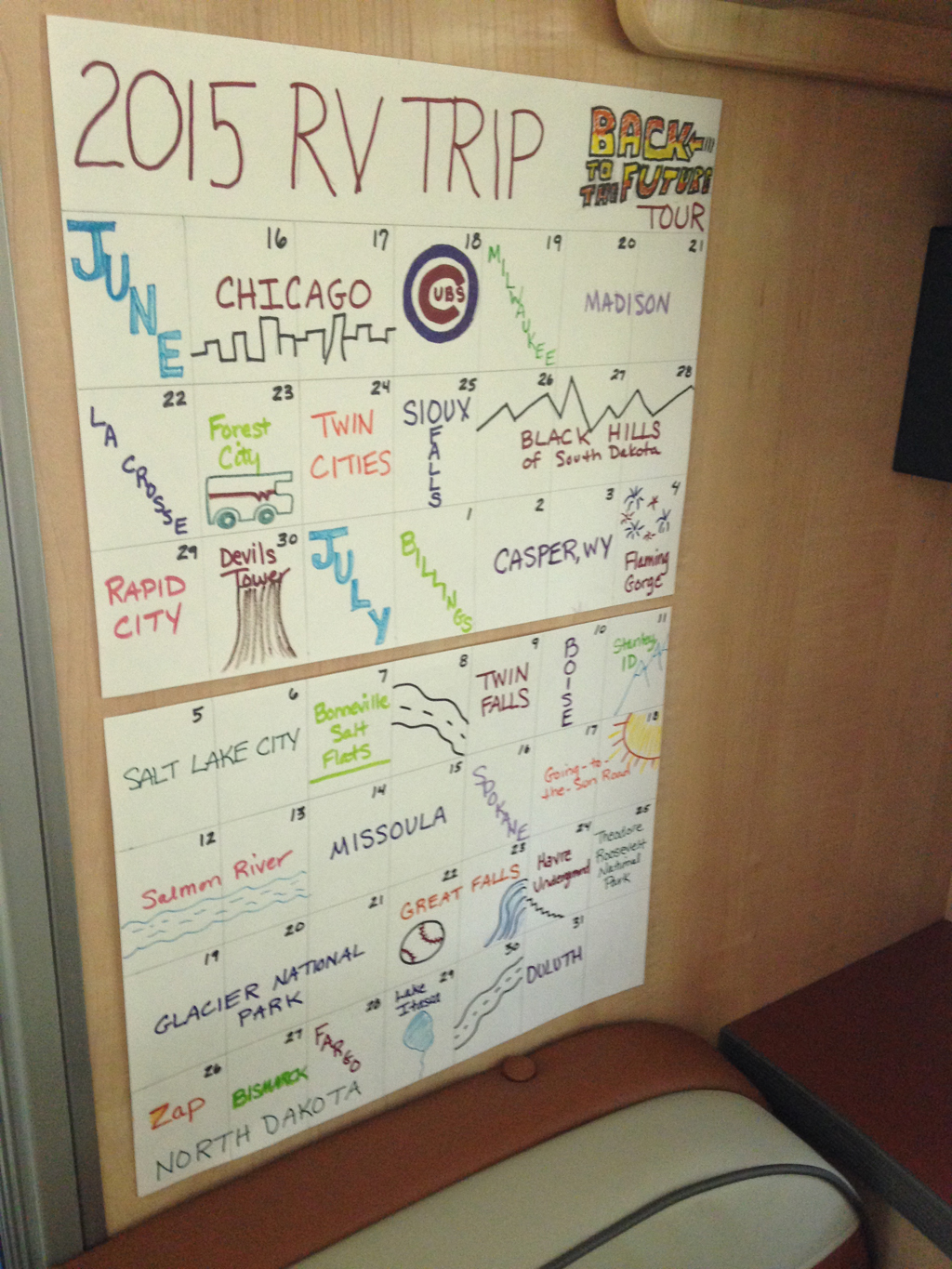 But there is one day that I always try to leave relatively open. No real travel plans. Not much movement at all, in fact. I'm talking about Father's Day.

One of the reasons I love the house-on-wheels experience is because I'm a rather unusual combination of explorer and homebody. The journey is the thing, of course. What is life without discovery? That's why the RV comes equipped with a big windshield--like a movie of America playing in front of us. But comfort and exploration at the same time? It's this writer's dream.

So I have an annual Father's Day preference. I stay away from the driver's seat. I put away the maps and the brochures. And I do nothing. Well, sort of. I simply park myself in front of the Winnebago's television for most of the afternoon--a sort of vacation within a vacation.

A day of rest only a few days into our road trip? Yes, it's quirky. But you see, I'm a big golf fan. And every year on Father's Day Sunday in mid-June, the U.S. Open's final round captivates me. So I take a day off and watch some folks chase a white ball around some greenery. Heaven. 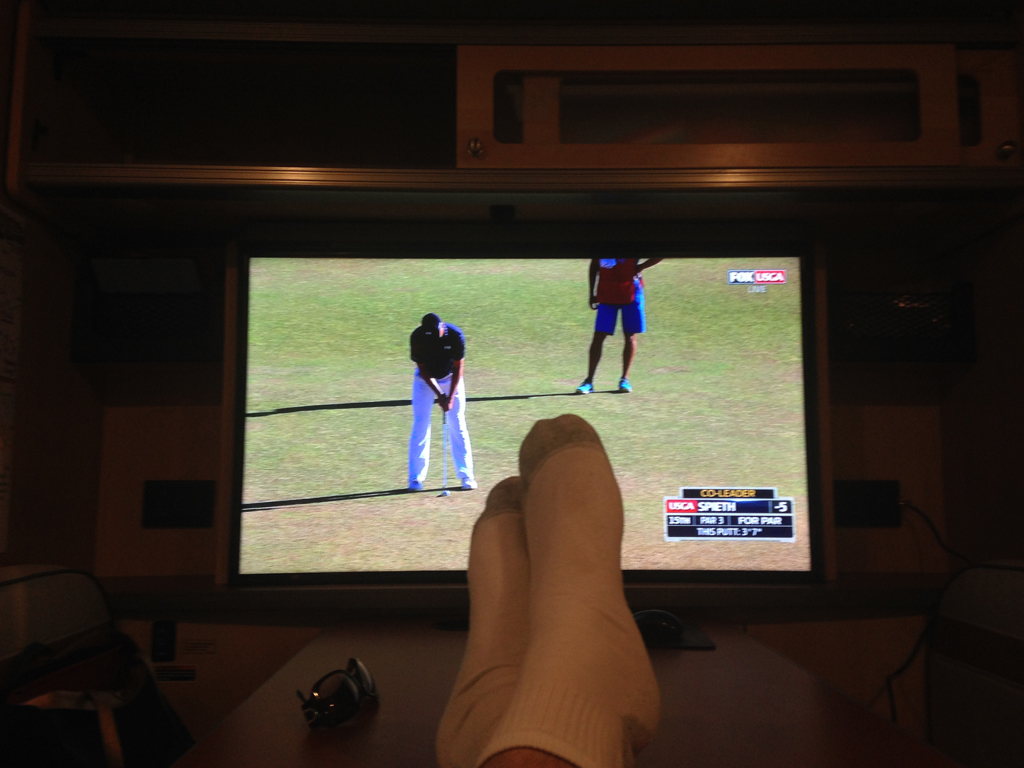 Sometimes you just want to put your feet up. And when your retro-designed Winnebago Brave comes equipped with two LCD TVs, including a 46-inch whopper that pops up from behind the dinette... well, that's the next best thing to being there (this year's Open was played at Chambers Bay Golf Course in University Place, Washington).

Where we were, instead, was the Pettibone Resort RV Park, a lovely place on the Minnesota-Wisconsin border. There's a little banquet facility, a camp store, a playground, a basketball court, canoe rentals, and a scenic bar and deck overlooking the west channel of the Mississippi River. In fact, it's actually located on the south end of Barron Island--smack dab in the middle of Ol' Man River. 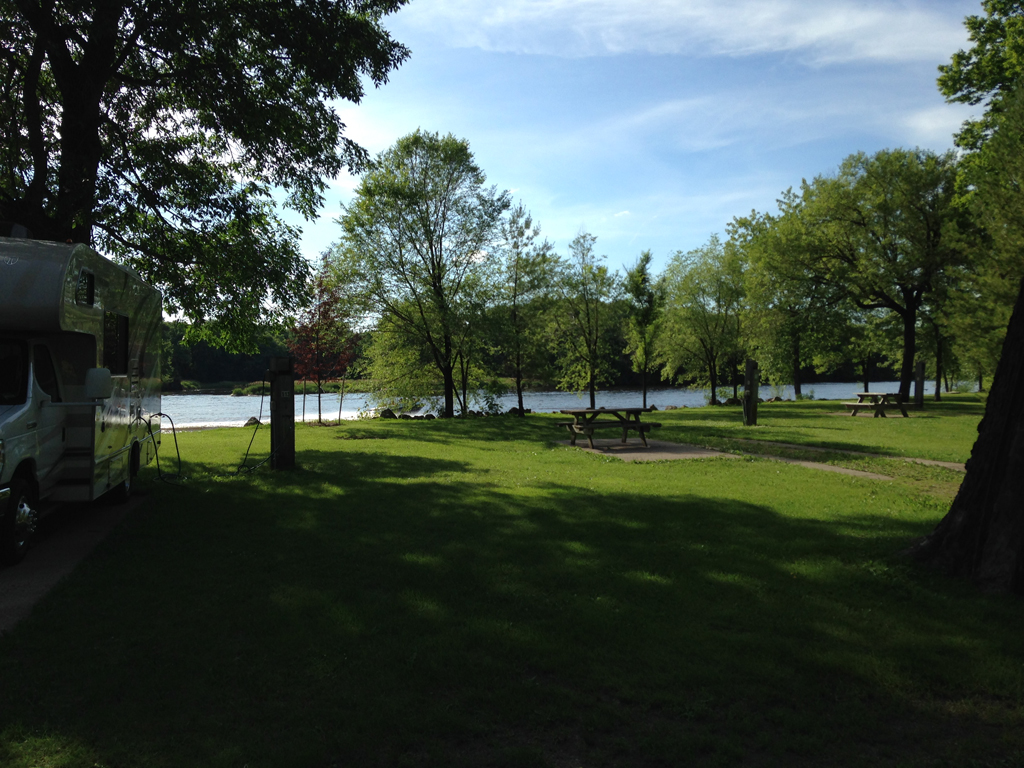 From our campsite, we had the option of walking across the Cass Street Bridge (known locally as "Big Blue") into the heart of downtown La Crosse, Wisconsin. Pretty majestic span. 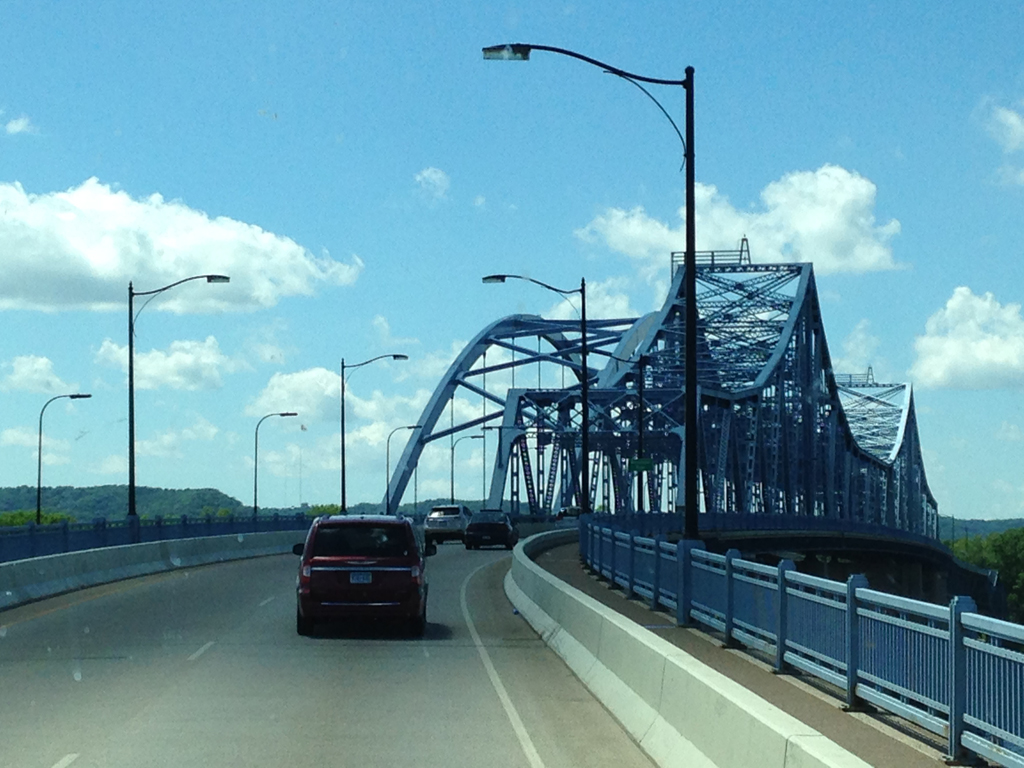 But instead, we walked up it a bit, then down to the banks of the river, still in our side of the waterway. In a quest for a joyous happy hour, we made our way to the Pettibone Boat Club. 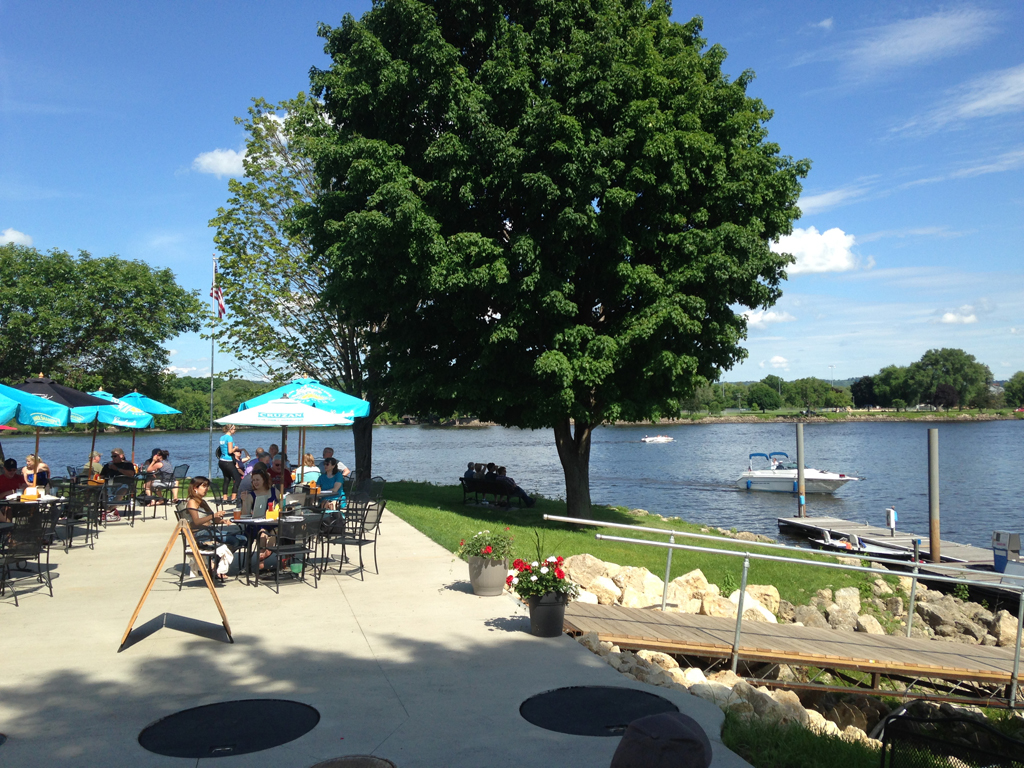 The view was great, but that wasn't what drew us there. Apparently, the Boat Club restaurant is famous for two things in particular: world-class cheese curds and tasty Bloody Marys.

Now, it takes a lot of confidence to claim the best cheese curds in a state so cheese-errific that its football fans actually wear them as hats. But it was justified. 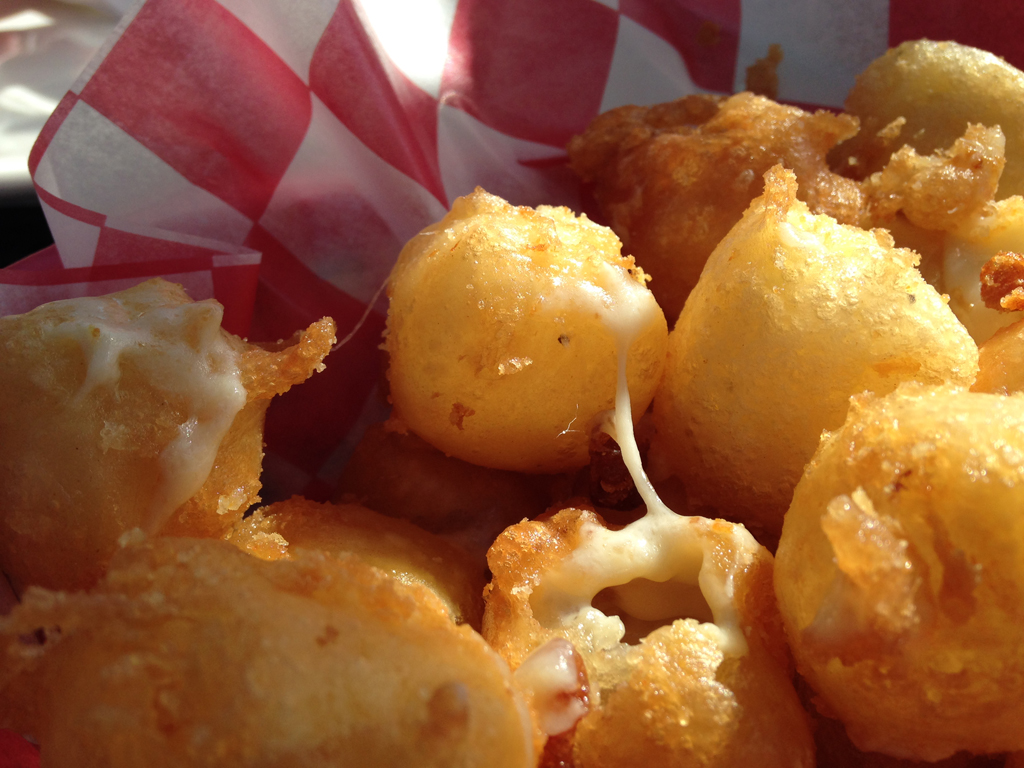 And the drinks weren't bad either. 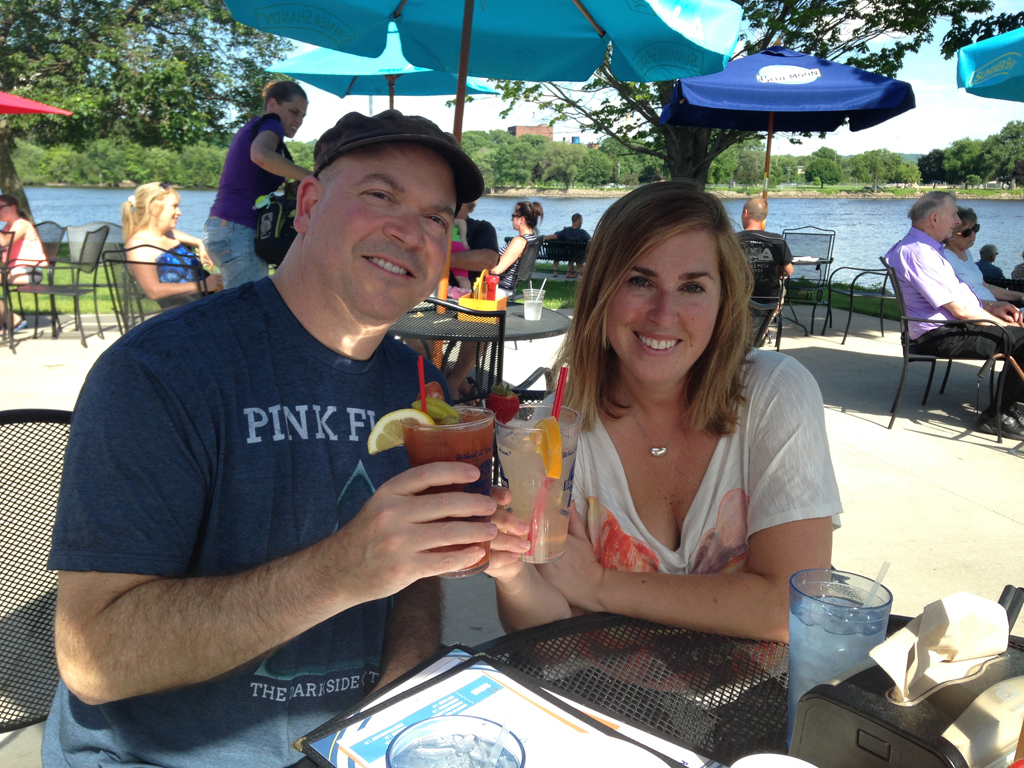 And then we walked back. We climbed back into our house on wheels, and we simply relaxed. We lounged. We passed the time.

I turned on the TV, put my feet up, and spent a few hours simply watching some golf. The W is also for winning. 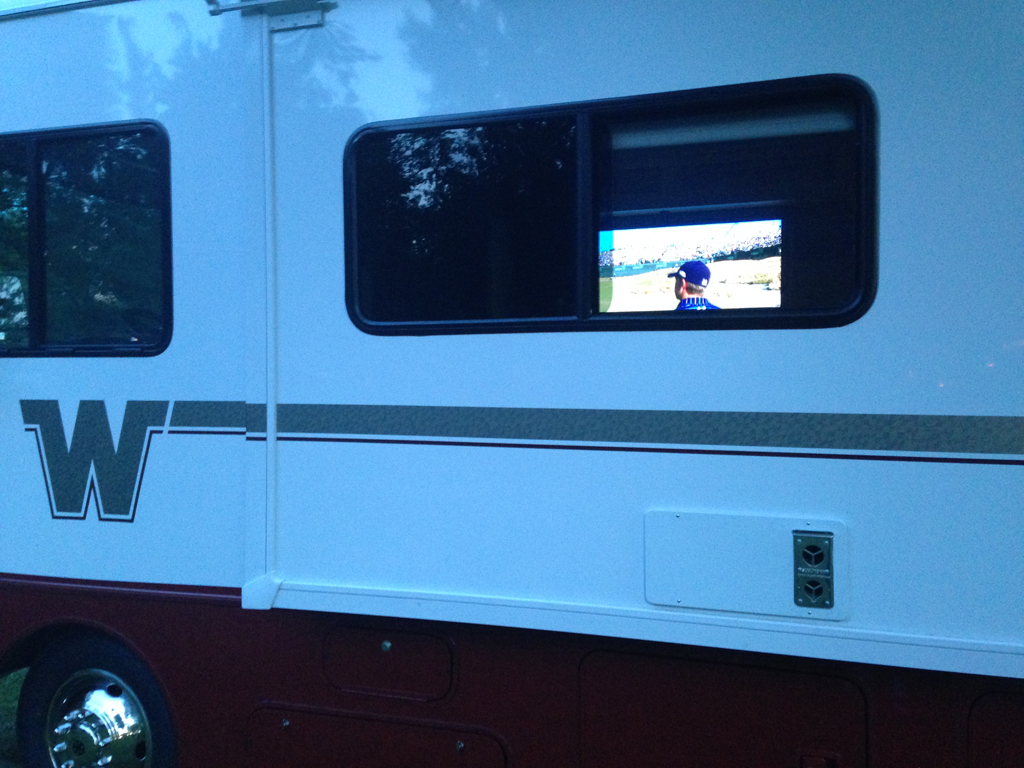 And it occurred to me that winding your way through the country is a bit like working your way around a golf course. Generally, you start out with a good drive. But the rest is direction, precision and timing.