Behind the WinnieBs Buzz at GNR

If you've been a long-time GNR attendee, you might have noticed a curious development over the past few years... the rise in the number of camper vans attending Winnebago's annual rally. I can tell you I've certainly noticed it, being that I'm one of them!

The Start of the WinnieBs

The Winnebago camper vans have their own WIT club called the WinnieBs. It's an interesting history how that club came to be; at least if you're me it is. You see, four GNR's ago, my husband James and I attended our first GNR. We had just picked up our brand new screaming yellow Travato, and were excited to connect with other van owners at the 2015 rally. 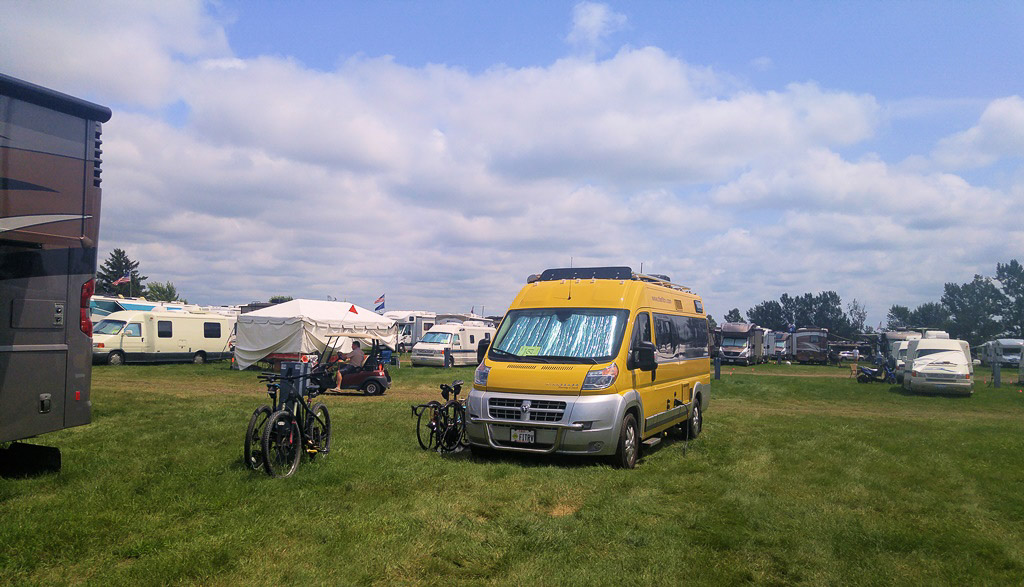 Problem was, there wasn't a single other Travato that we could find at the rally. We did find an Era or two hidden in between some larger Class As, but that was it. We felt like a couple cats hanging out at a dog park. It was fun, but we were lonely. 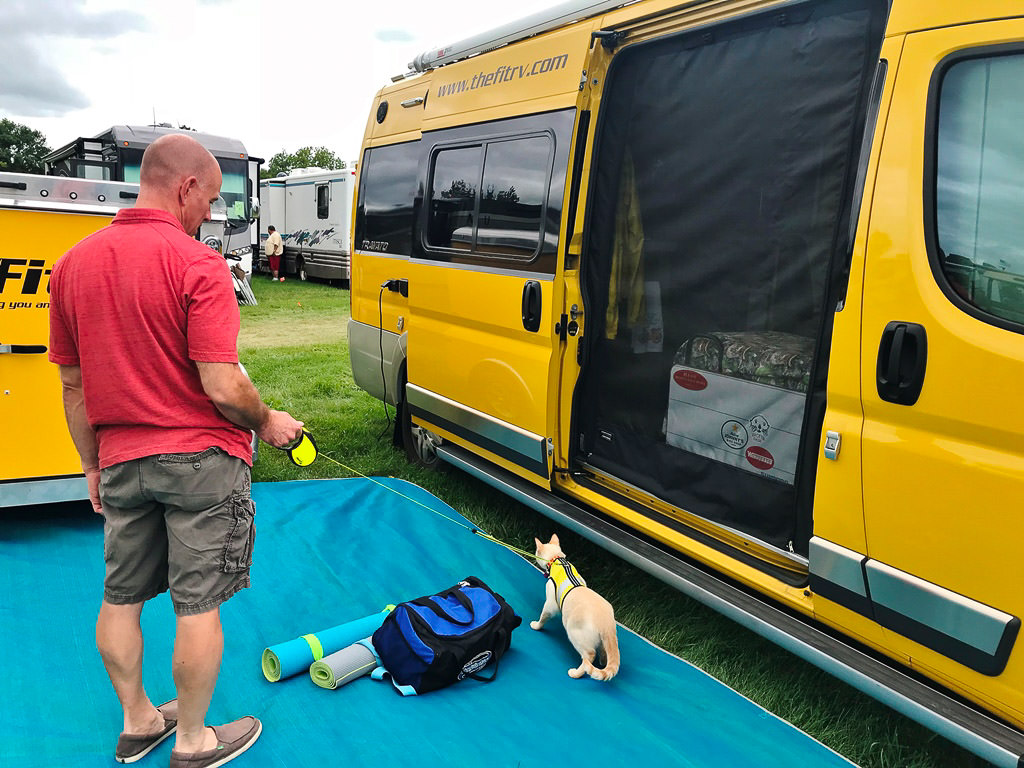 Long story short, I reached out to the WIT staff to see what could be done. They suggested I consider throwing together a club. That way, we could start building a social community for camper van owners AND we'd have a place to park together at GNR. Sounded like a good idea to me, so I ran with it. With the help of fellow camper van owners Linda Calabrese, Linda McSweeney, Kate Mullen, Ron Merritt, and Bob Jeselnik, the WinnieBs club was born. 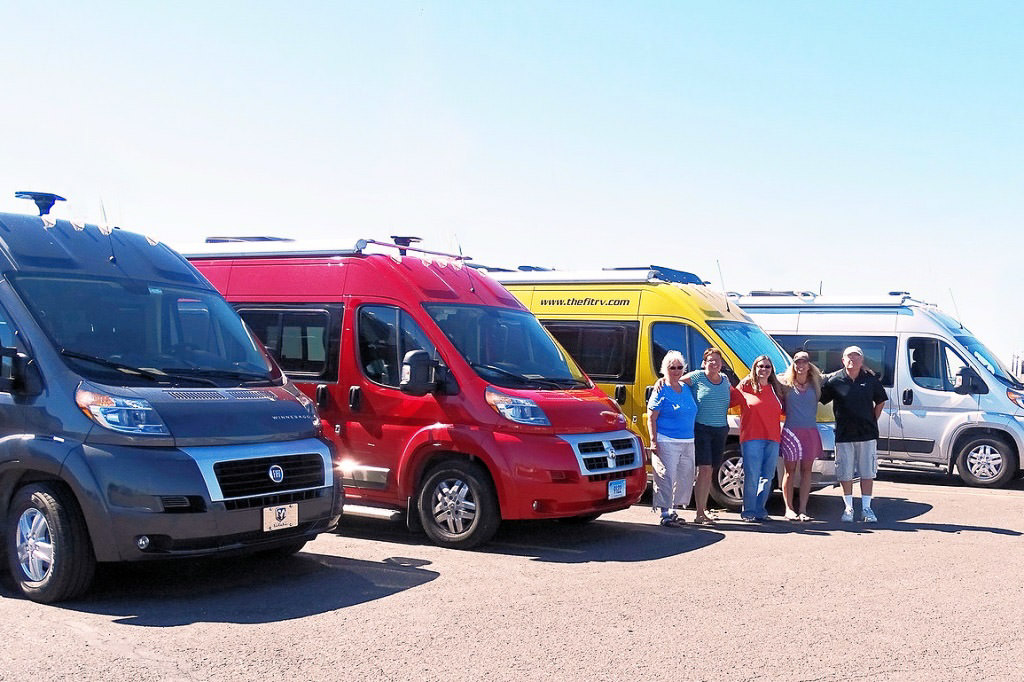 By the summer of 2016 our group was a few months old, and we had over 50 vans in the WinnieBs. Around half of those showed up at our first official GNR together. Just like that, James and I were no longer without a family at GNR.

Last summer (2017) we had over 110 vans in the WinnieBs! This year, we've grown to a whopping 150 vans, and there were over 50 of those at GNR 2018. So our growth continues... and the meetups aren't just at GNR anymore either; the WinnieBs are gathering together all over the country. 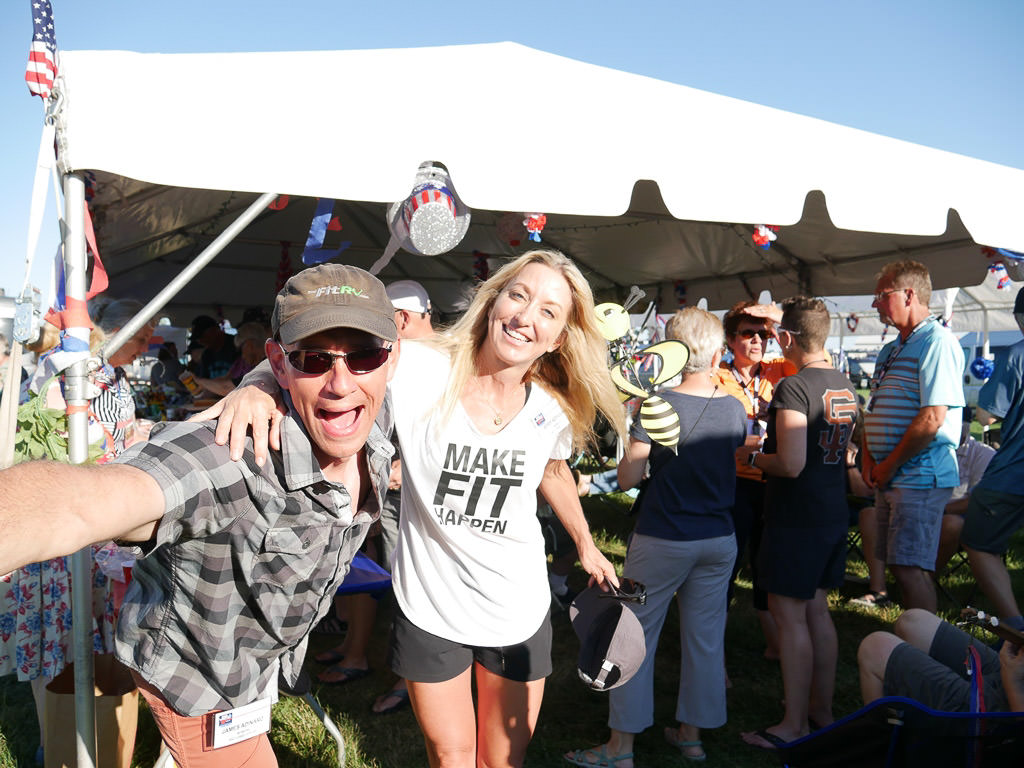 However, one of the unique things about the GNR experience for the WinnieBs is that we meet a few days before GNR begins for our own pre-rally festivities. We kicked off our pre-rally fun with a tour of the Lake Mills factory, where the Travatos and Revels are made (Eras are now made elsewhere). After the tour, we stayed during the factory workers' lunch hour and ate lunch with them. It's such a neat experience getting to share stories with the people who actually built our rigs about the adventures those rigs have had. 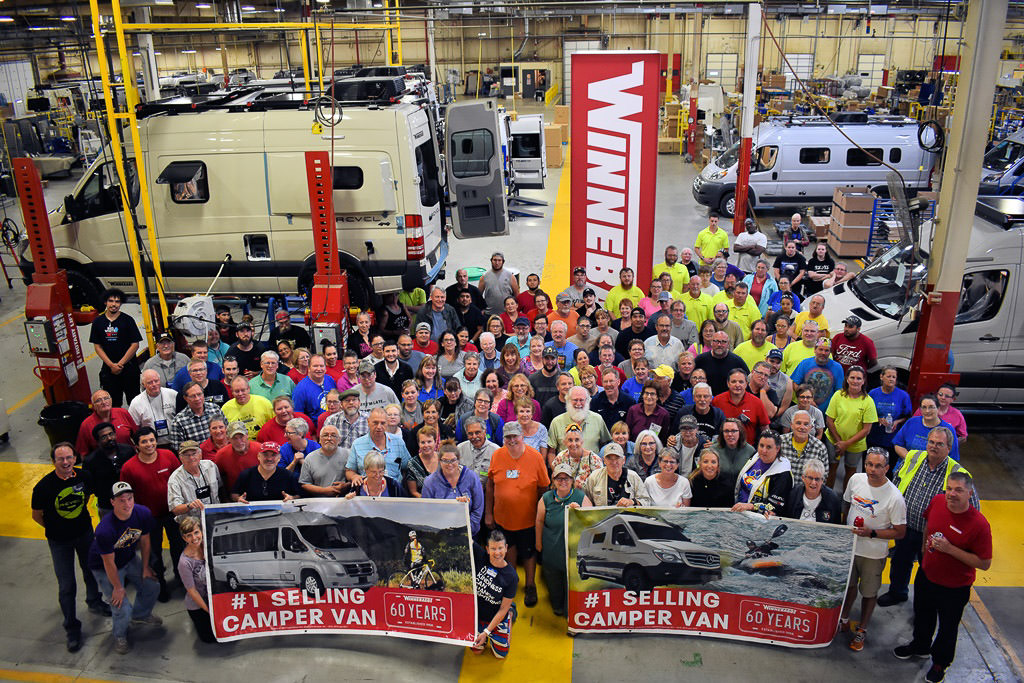 One of the more off-the wall things the WinnieBs did was entering a "float" in the local Puckerbrush Days parade (the float was a Travato). Many of us dressed up in bee attire (our club's mascot) and buzzed around our float, passing out candy and high-fives as we went. If you've ever had the opportunity to don a goofy costume and participate in a parade you know what a riot this is... and a testament to the fun-loving nature of the WinnieBs in general. 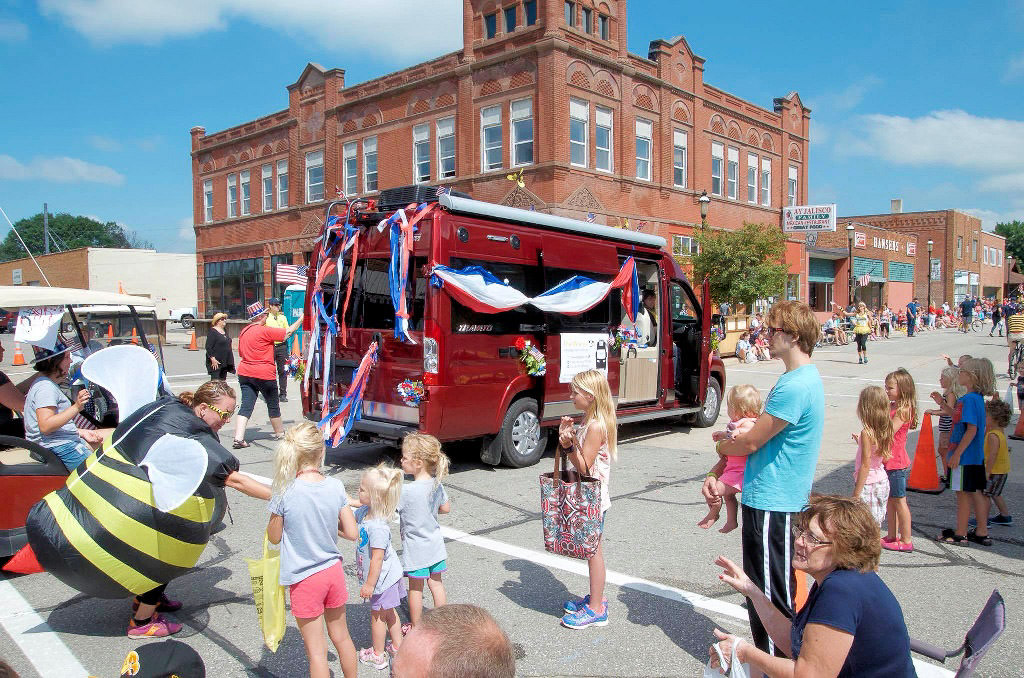 And when GNR actually started, we made sure we had a large tented home-base for the WinnieBs. It's extra important for camper van people to have an outside space because we don't really have much for inside space. We called that communal tented area "Van Village", and there we had parties, educational sessions, card games, potlucks, happy hours, and lots and lots of lawn chair hang-out bonding time. 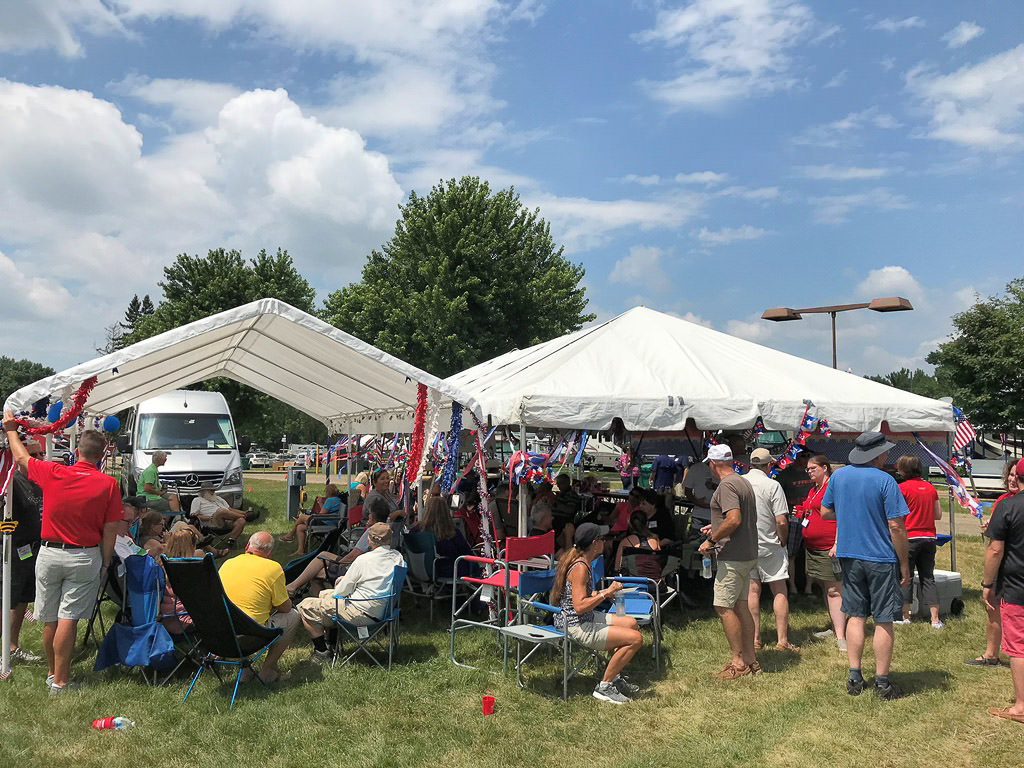 When it came time for the infamous GNR row party night, the WinnieBs served up Bee Stinger Cocktails. Row parties are an annual tradition at GNR, and it is where each club hosts a party at their row. It is open for the entire rally, so attendees hop (or in our case buzz!) from row to row sampling food or drinks that are provided by each of the rows. Hopefully, if you were at GNR you swung by our WinnieBs row and sampled our bee stinger cocktails AND danced a jig with our King Bee (I did both!). 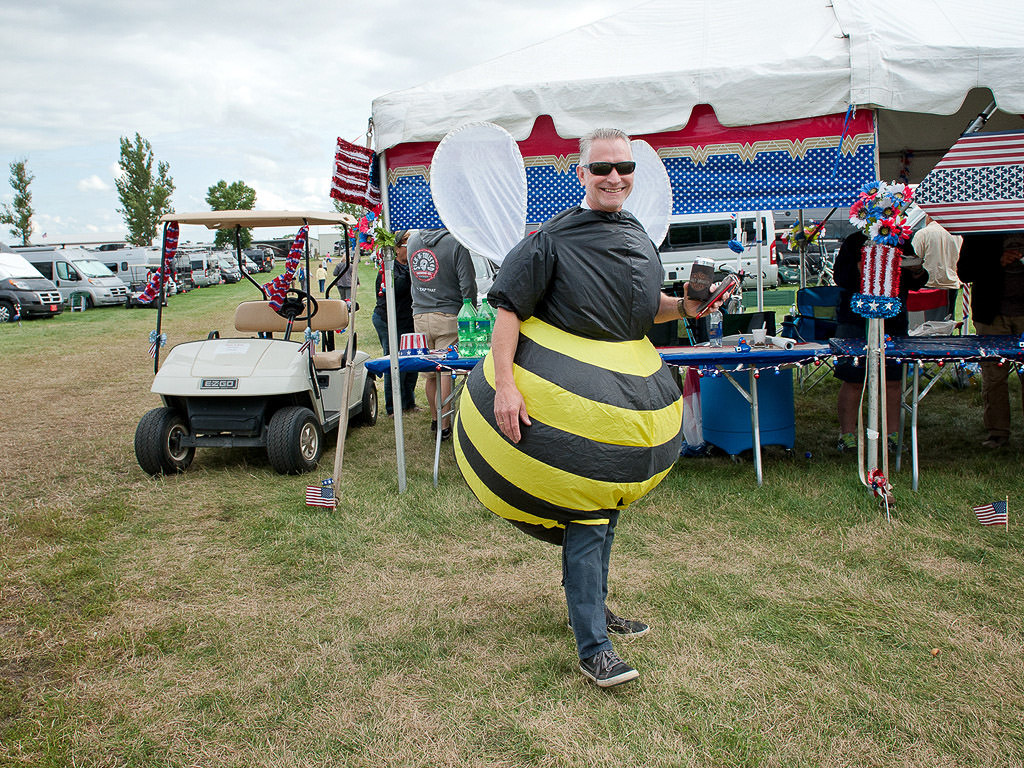 So, with another successful GNR under the WinnieBs belt and a camper van community more bonded and tight-knit than ever, I'm sure you can imagine how pleased this makes me. I look back to our first GNR and marvel at what a difference the GNR experience is for James and me now. There's a ton of fresh history here, and I suppose I'm watching it all a bit like a proud mom watching her child's first soccer game. Though really, this "child" has many parents. Big thanks to all the WinnieBs past and present who've had a hand in growing this incredible community! I may have planted the seed, but there were so many others who have helped me nurture and grow it. 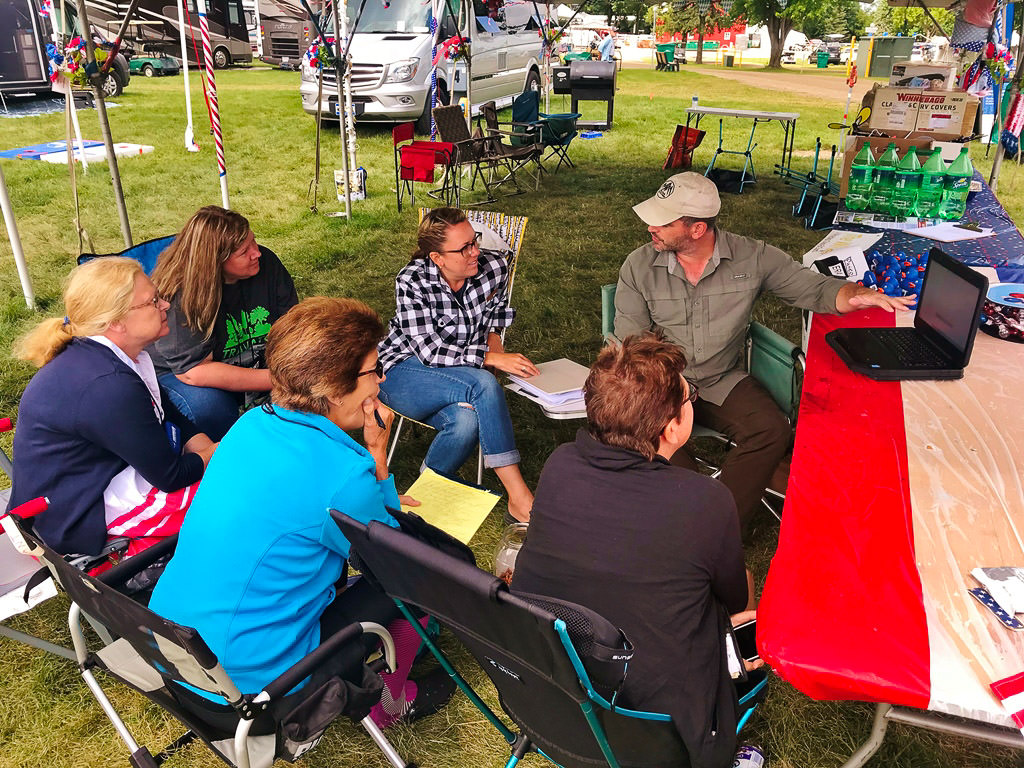 And for those of you camper van owners not in our club yet, hope you'll swing by the WinnieBs website, check us out and consider joining. See y'all at next year's GNR! You certainly won't have any trouble spotting the WinnieBs. Buzz buzz buzz!