An RVer’s Guide to Understanding the U.S. Roadways

An RVer’s Guide to Understanding the U.S. Roadways
How to make sense of America's highways and byways.
By: Jon & Nadia Bajuelo 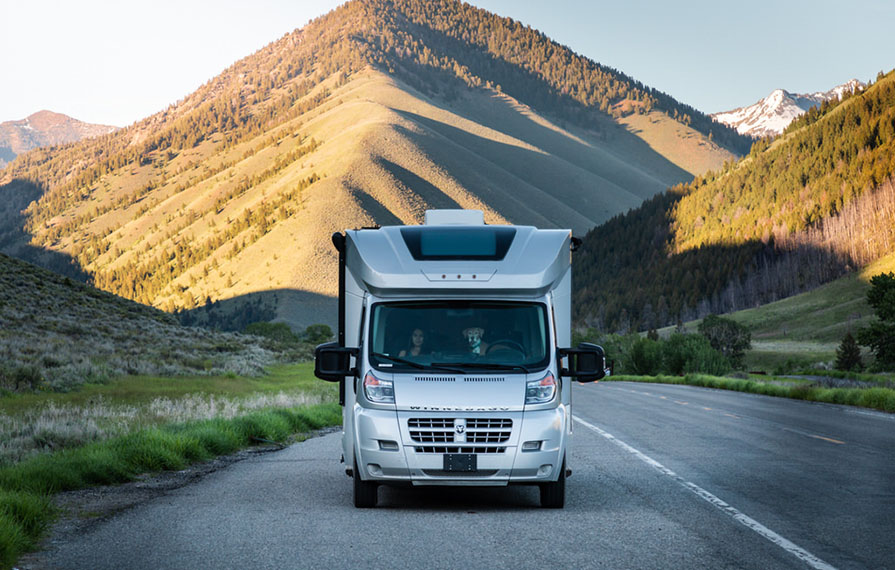 Have you ever heard of “blue highways”? Jon and I never had. Turns out it’s a term that dates to a time when road trips were carefully planned out on paper maps.

Paper maps? The last time I looked at an actual physical map to plan a trip was in the early 90s. A young Nadia sat at her family’s dining table. Diligently, she highlighted a route to Everglades National Park, calculating miles, gas, stops, and finally fighting to refold the twice-her-size Florida map.

By the time Jon and I started driving, there was MapQuest.com. And by the time we were married and sold our first home to set off on an RV adventure, anyone with a cell phone had GPS at their fingertips.

The first year of that RV adventure was the year Category 5 Hurricane Irma threatened the Southeast (read more about RVing during hurricane season here). Although we were out West, we saw RVers across social media discussing heavy traffic and routes out of the Southeast. One comment immediately stood out to us. An RVer claimed they never ran into traffic. How was this? They always stuck to “blue highways.”

After a little Googling, we learned maps used to have red highways and blue highways on them. The red ones were our major Interstates. The blue ones were part of the U.S. Numbered Highway System, or the backroads.

How funny. All that time on the road, with little thought about how our roadways were laid out. Seemed to us, as RVers it might be both fun and useful to be better acquainted with our roads. 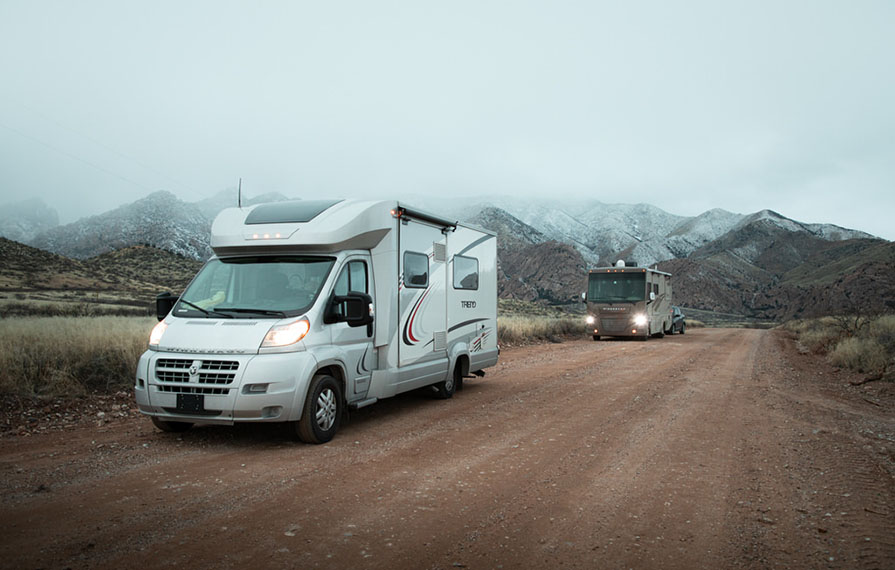 The Interstate Highway System is a network of highways running through all 48 contiguous states, as well as Hawaii, Alaska, and Puerto Rico. It’s also called the Dwight D. Eisenhower National System of Interstate and Defense Highways.

U.S. Interstates signage is easy to recognize on road signs and on your phone’s GPS due to their red, white, and blue shield.

Even-numbered Interstates run east to west. The further south they are, the lower the number. For example, I-10 across the southernmost United States and I-90 all the way near our northern border. Odd-numbered Interstates run north to south. These increase from west to east with I-5 going up near the west coast and I-95 running up near the east coast. Loops and other shorter Interstate routes will have three-digit numbers containing the two-digits of the main road. So, think I-85 and I-285 in Atlanta. 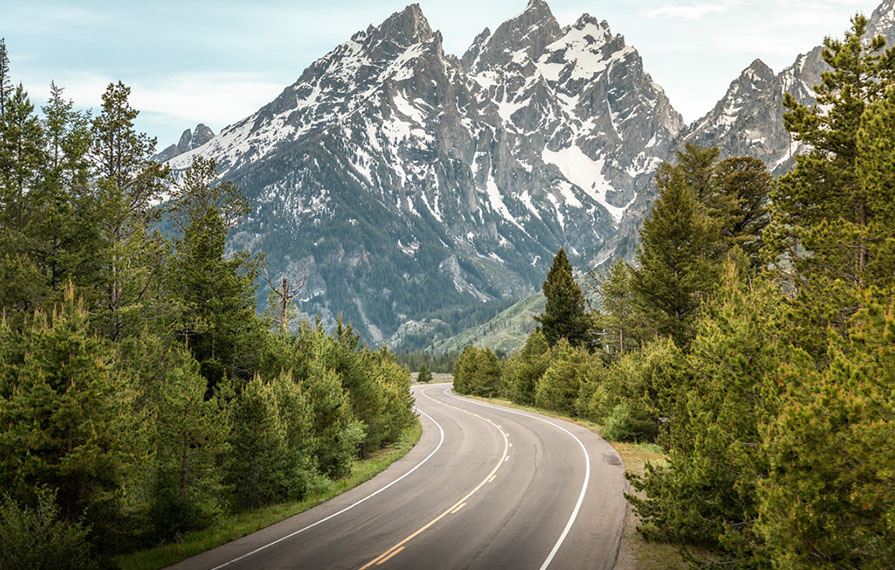 For the most part, exit numbers match the Interstate mile markers. As you drive, the mile markers and exits typically start over at the western or southern parts of the Interstate within the next state’s borders. Before GPS, you could estimate your number of miles to go based on your mile marker and your exit. In the northeast, many exits are numbered sequentially, so you’ll find many exceptions to typical interstate exit numbering up there.

U.S. Routes (think Route 66!) form the U.S. Numbered Highway System. The Interstate Highway System actually replaced many U.S. routes. The best-known example came in 1985 when Route 66 was decommissioned. I-55, I-40, I-44, I-15, and I-10 swallowed up much of Route 66. Don’t worry, you can still drive parts of the original Route 66, now known as Historic Route 66, which is a National Scenic Byway.

On-street signage, a white shield on a black background represents U.S. Routes. On your phone or GPS, you’ll likely just see a white shield with a black number on it. 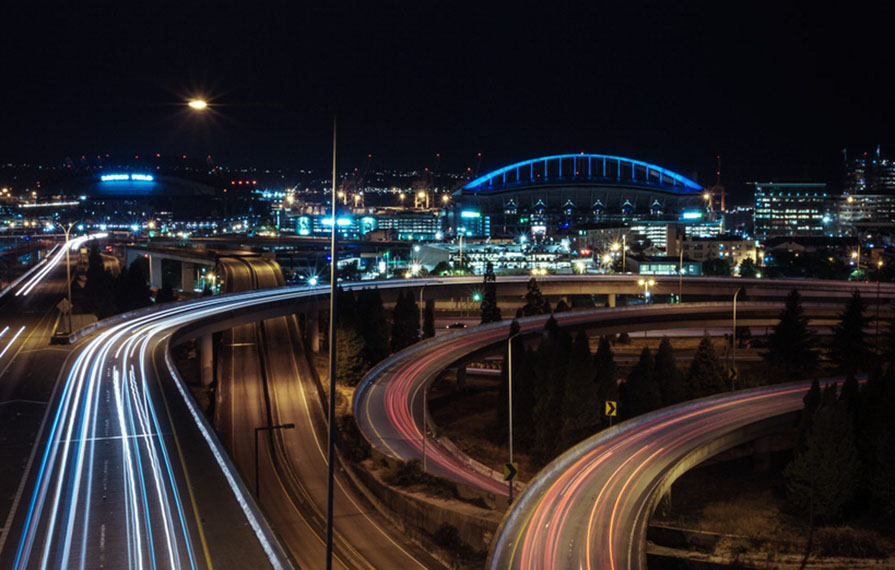 U.S. Routes often run through cities, and sometimes are the main streets in some smaller towns. This means you’ll encounter slower speed limits and traffic lights. This is sometimes welcome if you’re trying to get used to driving or towing your RV, or you’re otherwise needing a road less traveled. Just be careful to pay attention as speed limits do suddenly decrease when you approach a city or town.

A big exception to exit numbering matching mile marker numbers is I-19 in Arizona. A stretch of I-19 in Arizona is actually measured in kilometers! We were quite surprised when we found kilometers on highway signage in southern Arizona last year. I-19 runs from Nogales to Tucson. Immediately Googling, we found the metric unit signage was a result of the interstate being built at a time when there was a push in the U.S to switch to the metric system. Even though the switch never happened, the signage remained.

When going clear across the country via interstate there are three main routes to consider. I-10 is the southernmost. The middle route is I-40. And the northern route is 1-90.

Taking I-10 will result in a seemingly never-ending trek through Texas, but it is the warmest route come wintertime. As an RVer, you may want to eventually try all three!

For a U.S. Route across in the summer, you may want to drive on US-2, which will even take you into Canada! 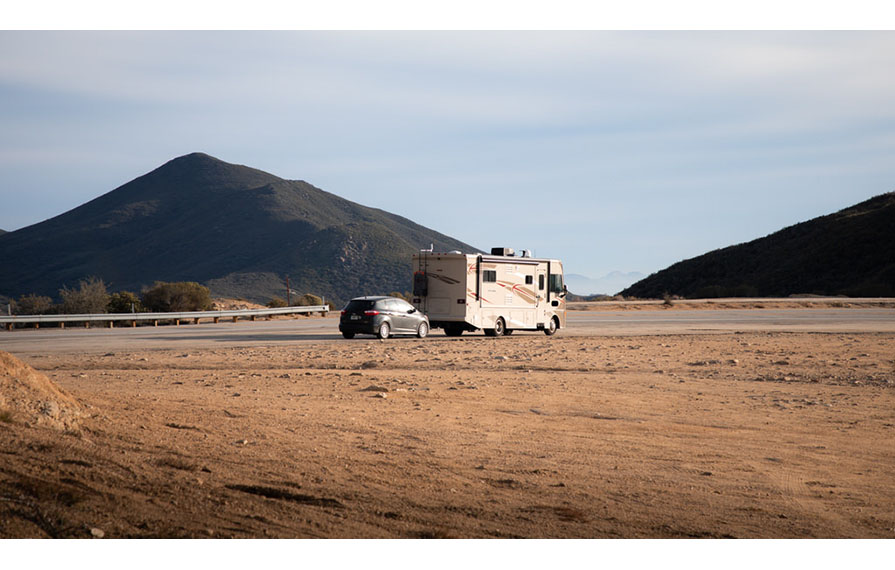 Both Interstates and U.S. Routes are a great way to avoid tolls on your travels, though there are a few exceptions. Some turnpikes form part of the Interstate System and were grandfathered in.

While traveling on federal roads, like interstates and U.S. Routes, you’ll need to exit and drive a bit to find gas or chain restaurants. In more remote areas, you’ll likely need to find a truck stop. What you will find along federal roadways are rest stops with parking and possibly bathrooms. Many states also have a welcome center.

Parkways are another type of road we’ve come across. All we have to say about those is, when in your RV, absolutely avoid anything called a parkway in the NYC area. All of these have remarkably low clearances. Luckily, our trusty Trend made it through unscathed, but driving on a parkway by mistake was our worst RV driving experience. 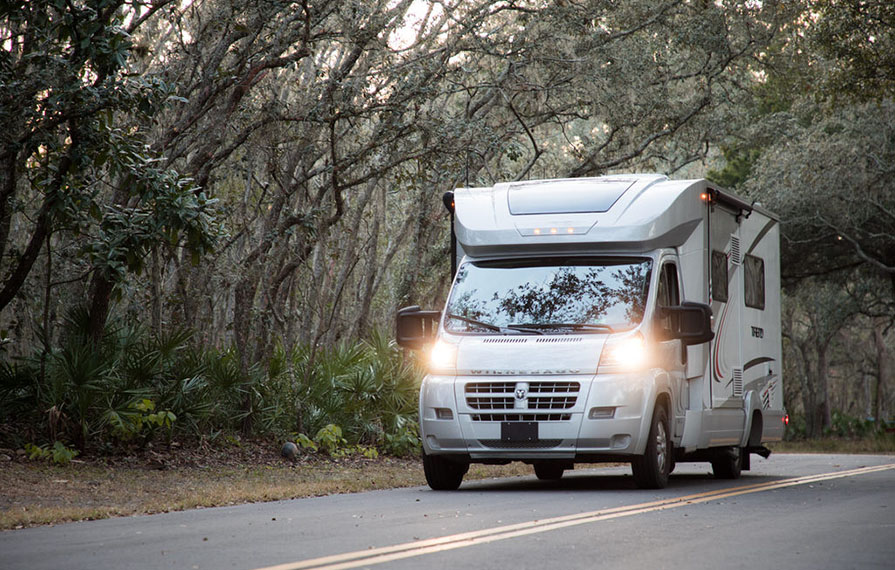 We’ve come to love these highways and byways. They’ve taken us through so much of the beauty in the U.S. Along the way, as we’ve found cell signal to be unreliable in the most epic of spots, we’ve picked up a few maps. If you ask us, there’s nothing more idyllic than a map, an RV, and the open road!