Alaska: 10 Things You Have To Do

Heath Padgett is a writer and film maker who left his job in software sales to pursue a more adventurous career. Combining a love of travel and his career transition, he decided to go and work a job in all 50 states. Four days after his wedding, Heath and his wife Alyssa hit the road in a 1994 RV and toured across America while they fulfilled two bucket list items- filming a documentary and visiting all 50 states, all within their first year of marriage. Their story has been shared on CNN, Fox and Friends Morning Show, Huffington Post Live, Yahoo!, Business Insider and The Daily Mail.

During this past year of RVing across America, my wife and I created a rule. If we were ever given the same suggestion from two different people about a place we should visit or attraction we should check out, then we would go. We stayed true to that rule since we began full-time RVing 14 months ago. When multiple people offered up suggestions of visiting Hearst Castle along the west coast, we went. When several people told us we had to visit Crazy Horse up in South Dakota, we took a tour. However, early on during our travels we noticed one suggestion that came up more than any other one.

"You should make the drive up to Alaska. It's the most beautiful RV trip I've ever seen."

We heard this, over and over, and over again.

It only was a matter of time before we had to make the drive ourselves. So, one month ago we piled into a 2004 Winnie Minnie with my entire family and made the extremely hyped up drive to Alaska.

It did not disappoint.

The drive from Seattle, Washington where we began our journey to the edge of Alaska spreads over 2,000 miles. When people told us to make the trip, they offered up an advance warning saying that we would need at least two weeks to make the drive through British Columbia and the Yukon. They were right. If I ever do it again, I will spend a couple weeks making the drive up from Canada, but for the sake of time, we made the 2,000-mile trip in just five days. We could've made it across the border even faster if needed, but we stopped as often as possible to catch views like this. 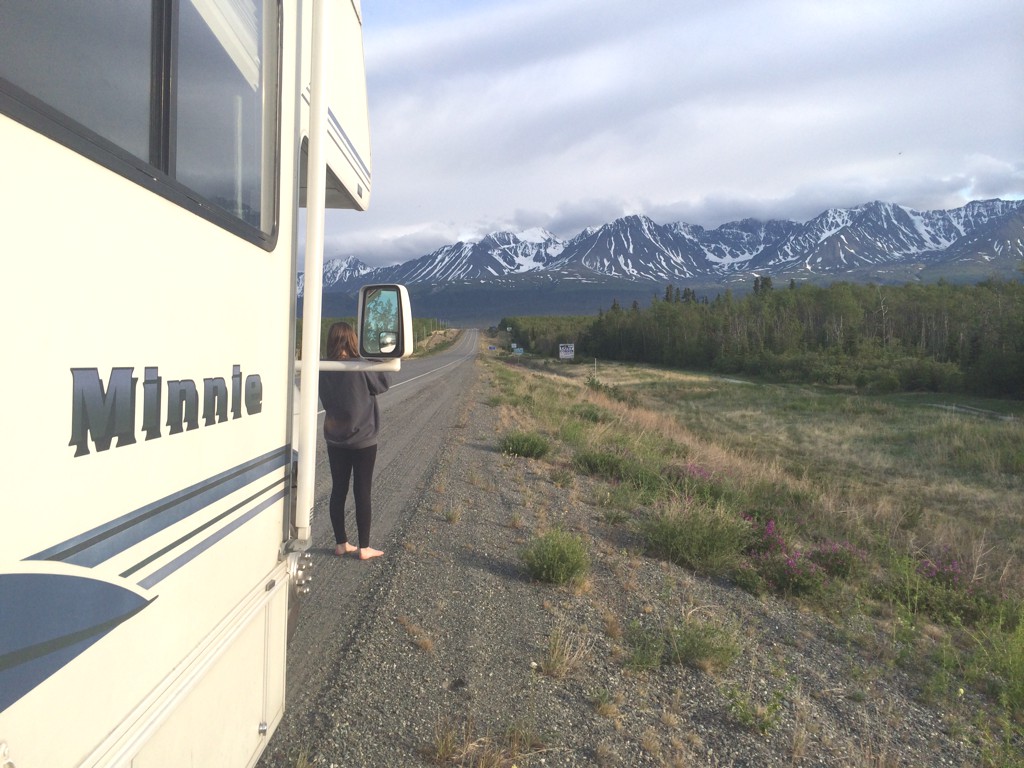 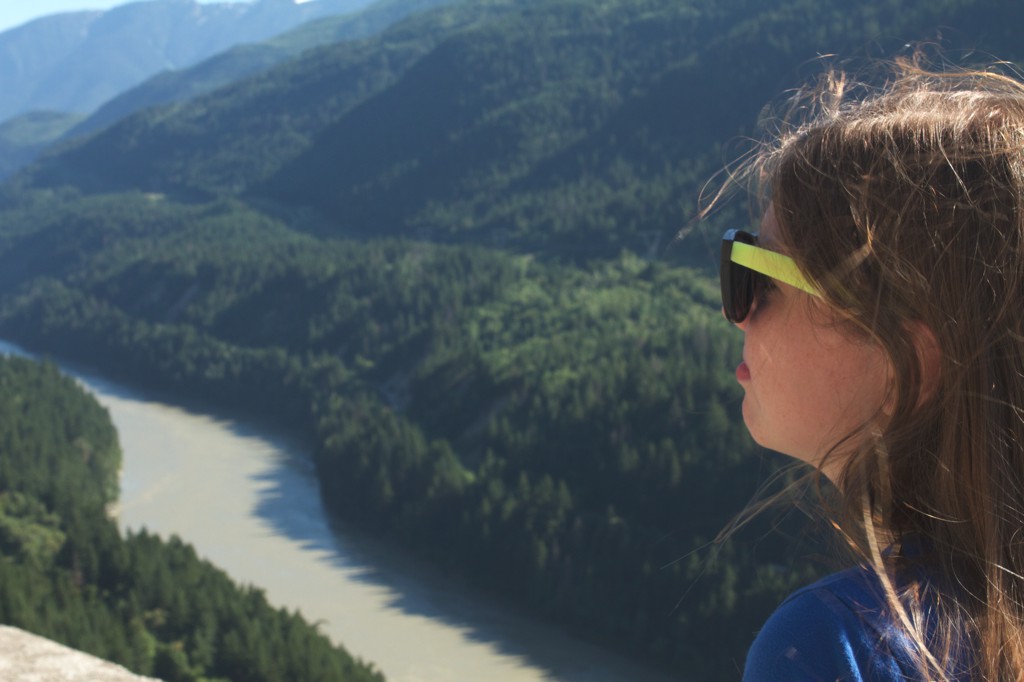 After a couple weeks spent driving around and exploring Alaska, I felt I had to share some of the highlights of our journey and make a list of ten things you have to when RVing to Alaska. I really struggled to narrow the list down to ONLY ten places, because this list could easily be 100 items long. But for the sake of this blog, here are the ten things I would recommend that you HAVE to do when RVing to Alaska. 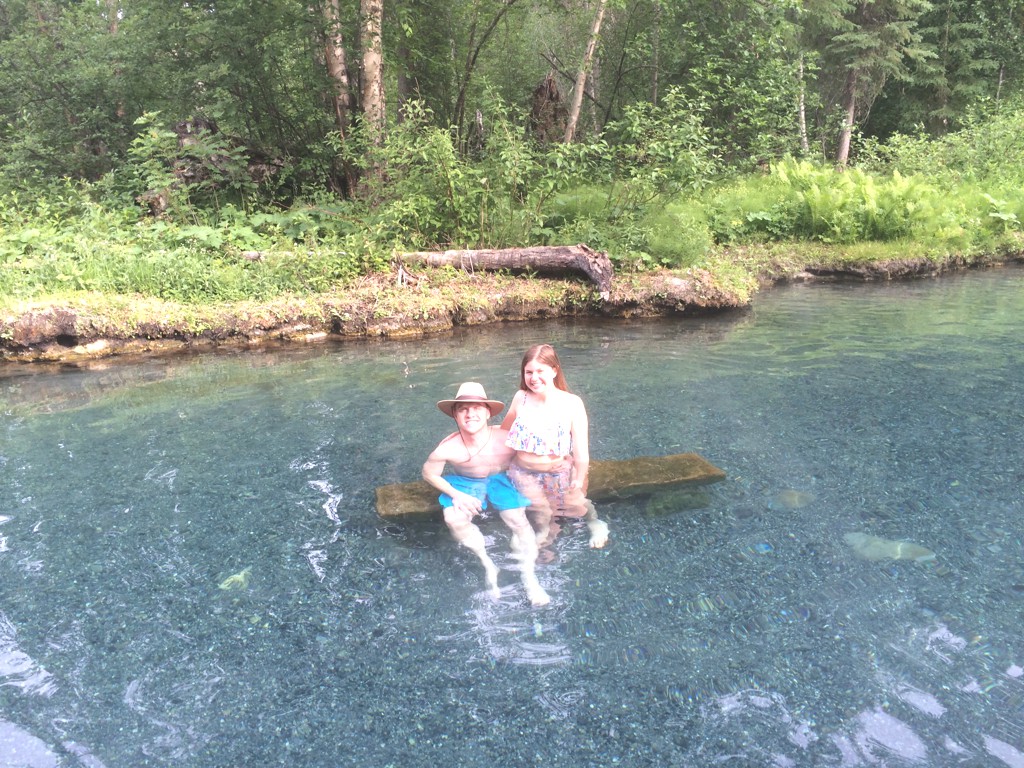 #1. Warm up in Liard hot springs. This hot springs you'll find tucked away by Muncho Lake in British Columbia on the drive up to Alaska. These hot springs didn't have as much hype as Chena Hot springs, which are located outside of Fairbanks, however after visiting both of them we would absolutely recommend Liard Hot Springs. These springs are much more secluded from the road and while there is a bathroom facility, stairs, and benches nearby, you feel like you are really in nature. (The multiple "watch for bears" signs help too). Chena Hot springs was nice, but a lot more crowded as it's a resort as well. 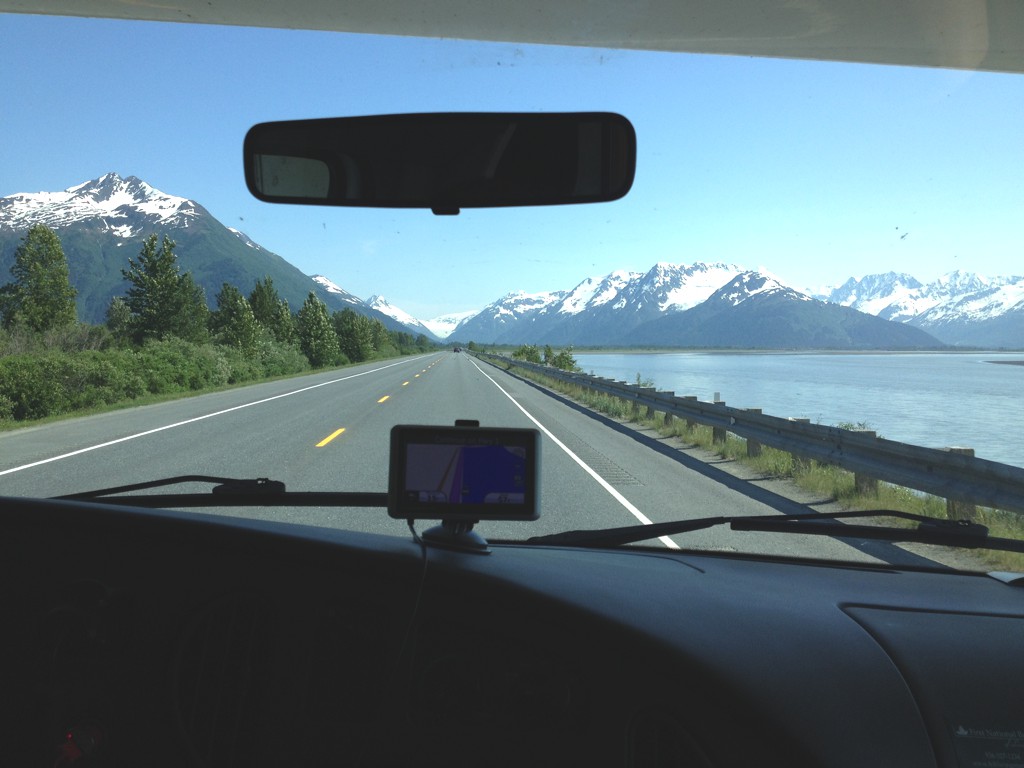 #2 Drive the Seward highway south of Anchorage. After visiting all 50 states, I can confidently say that hands down this is the most beautiful drive in America. Once you leave Anchorage, you'll drive through winding roads next to lakes and mountains with little waterfalls sometimes running right onto the edge of the road. The road hugs mountain bases and up above you, you'll see patches of snow. You'll see massive glaciers in the distance and the road leads directly into snow-covered mountains just across the water. Plus, the Turnagain Arm (AKA the body of water to the right) is known for sightings of beluga whales and bald eagles. 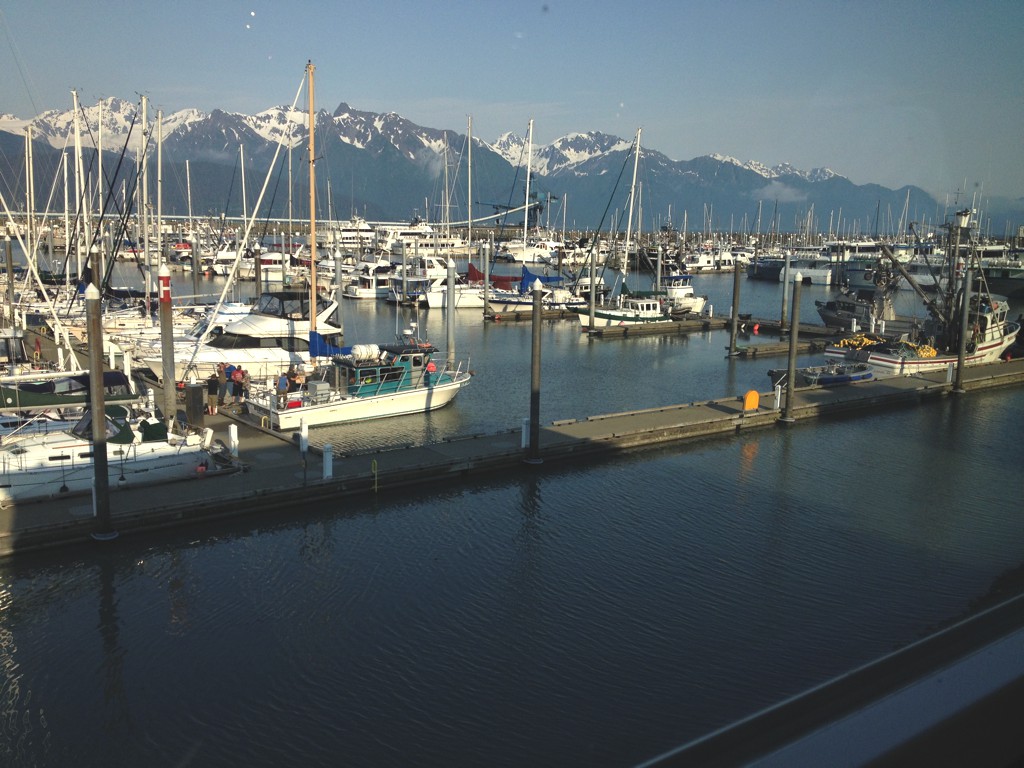 #3 Camp on the water and mountains in Seward. Just look at this view. The RV park in town is waterfront and minutes away from restaurants and shops. Fishing charters and boat tours depart from Seward daily. It's the perfect stop on your way to Homer or Kenai Fjords National Park. 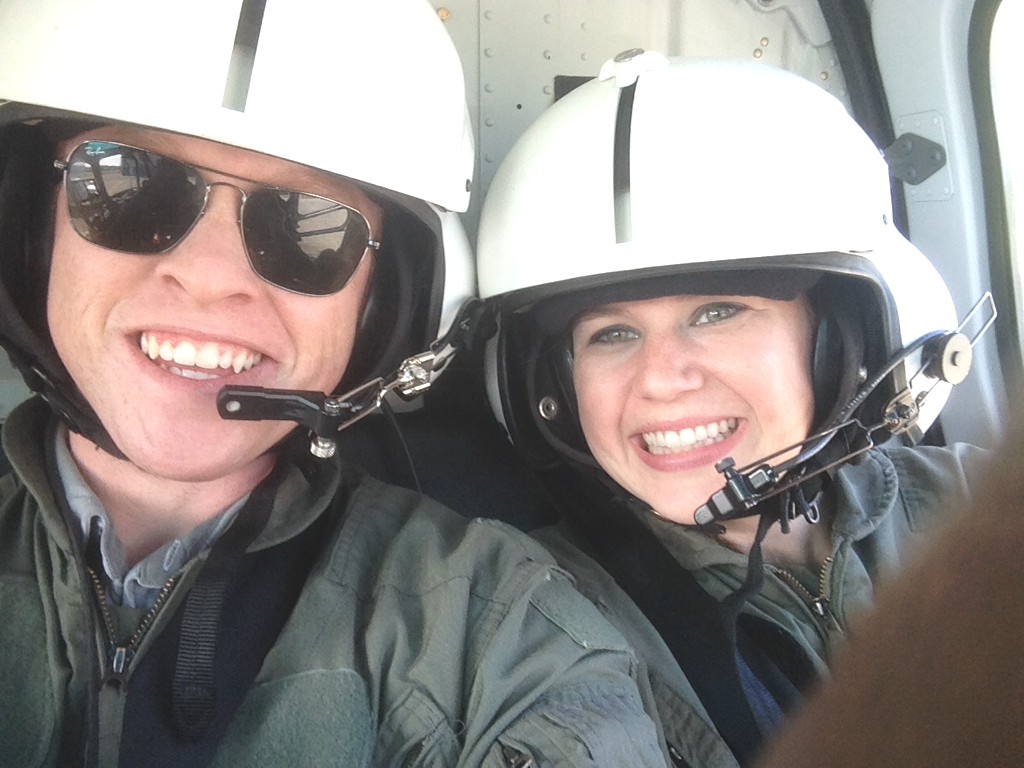 #4 Flightseeing tours of Mt. McKinley. We took a helicopter up to the base camp on Mt. McKinley (locals call it Denali) and it was one of the coolest experiences of our lives. 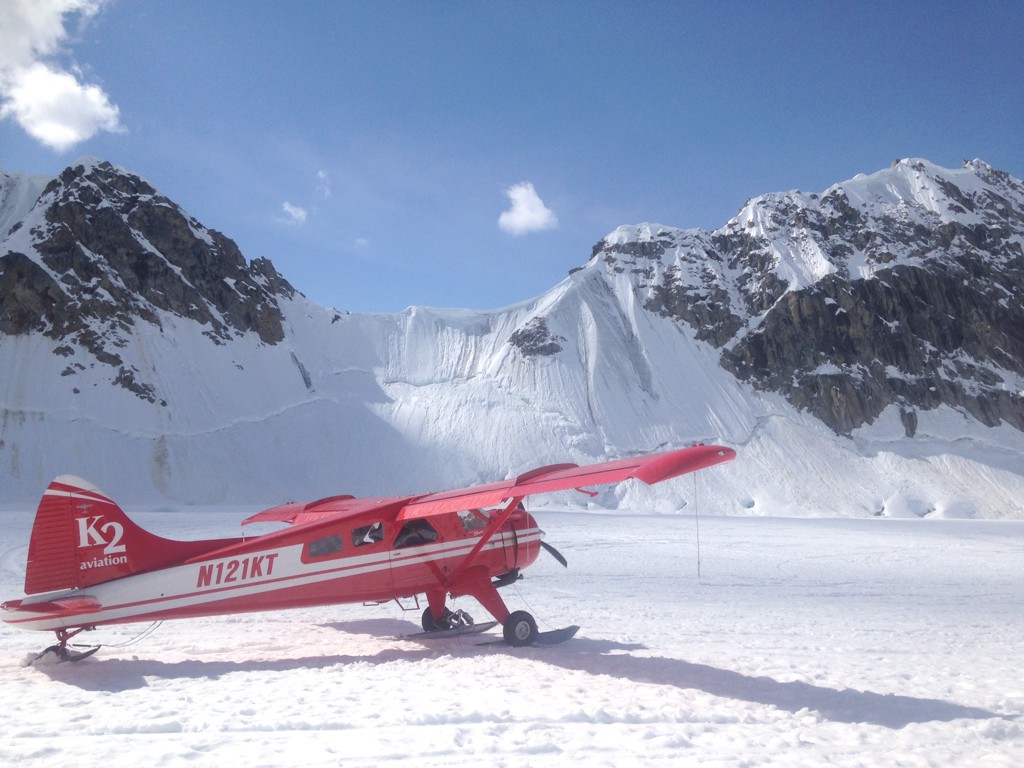 Through a connection working for the national park, we were able to stay the night on the glacier and take a plane back to the mainland the next morning. 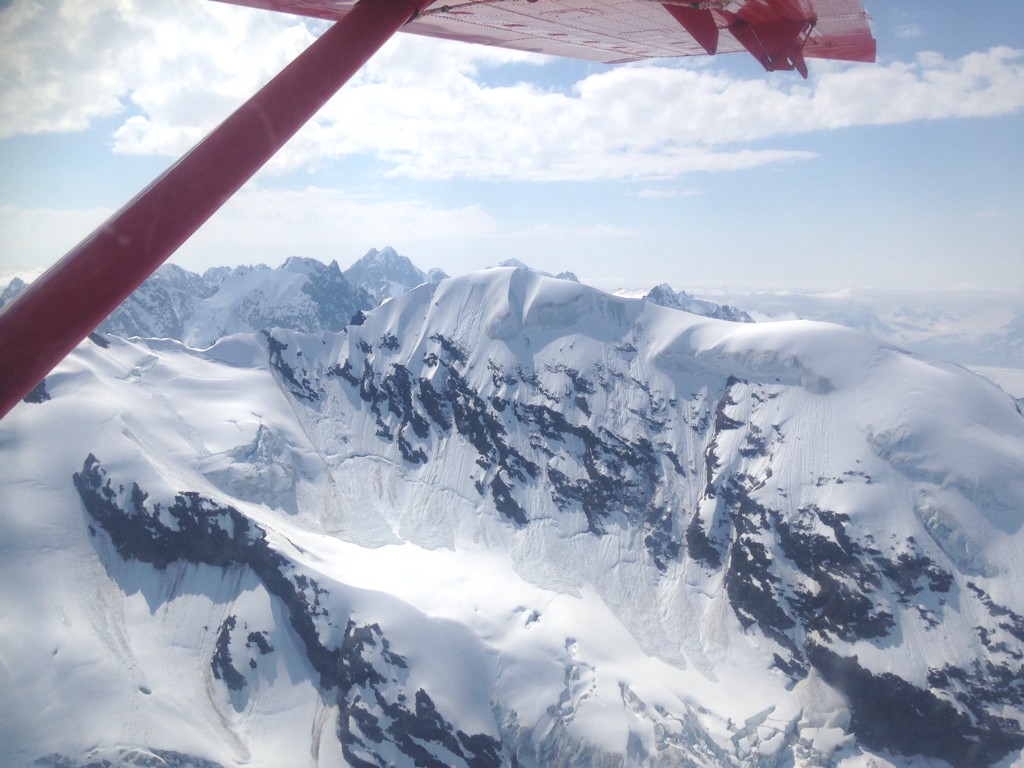 There are multiple flying services that will take tours around the mountain range and it will run you around $500 a person, but it is absolutely worth every penny. 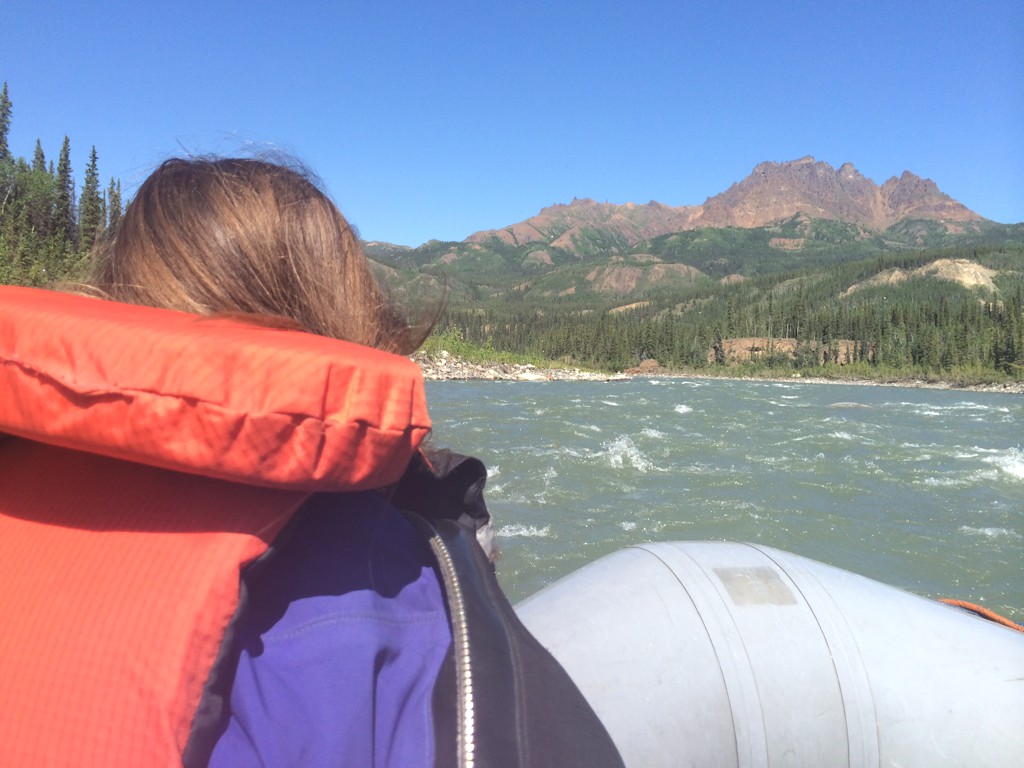 #5 White water rafting. There are tons of places to go white water rafting in Alaska and the water is FREEZING, but you've gotta do it! You get up close and personal in glacier fed waters and it's the adventure of a lifetime. There are options for big rapids and for scenic floats, and whichever you choose will not disappoint! We started the day on the scenic tour and asked to upgrade to the big rapids because we loved it so much! We ended up spending 9 hours on the water. 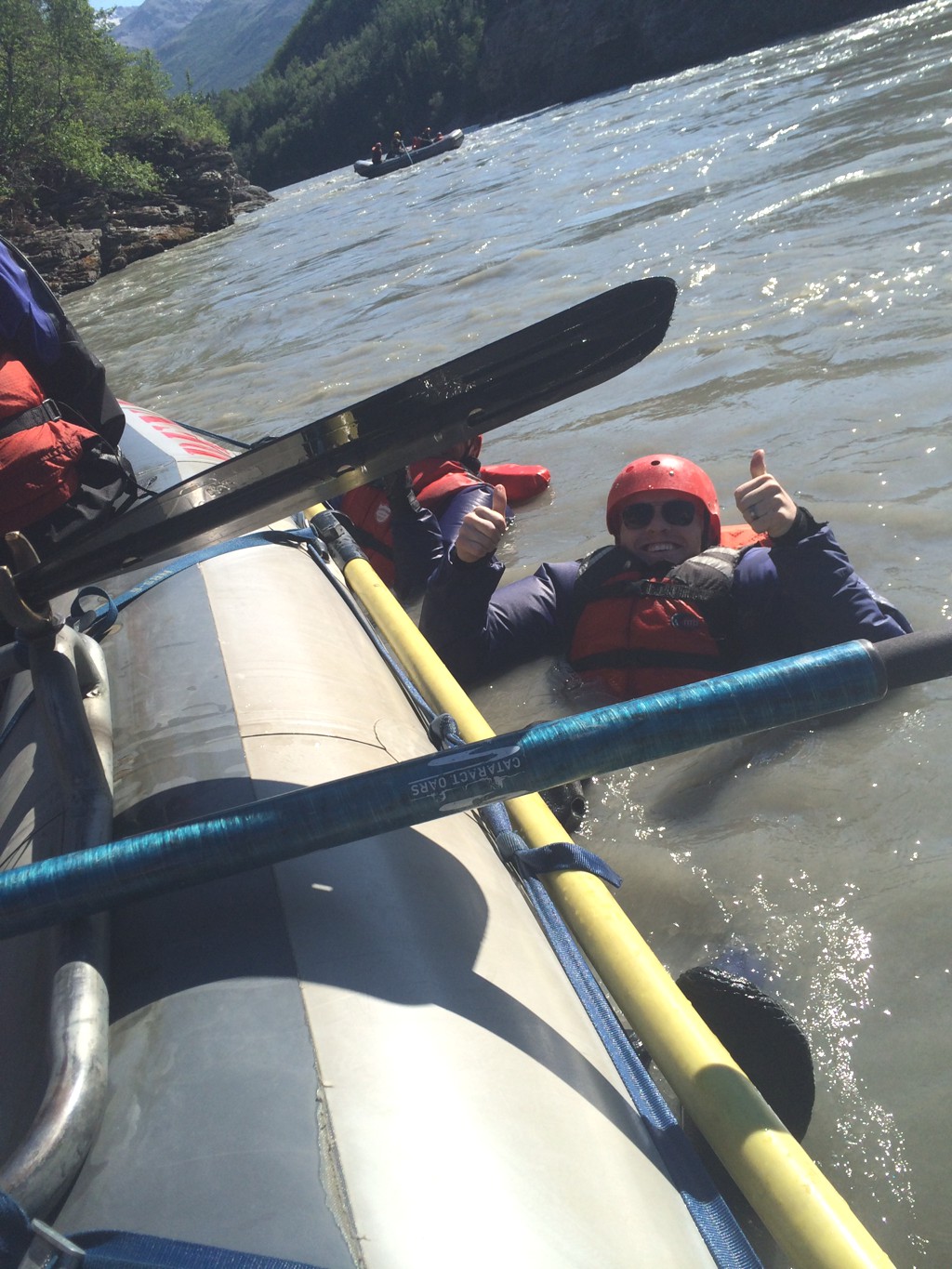 Plus, if you're feeling really brave, you can jump in the water and swim around. Don't worry, they'll hook you up with this thing called a dry suit and you won't feel a thing! 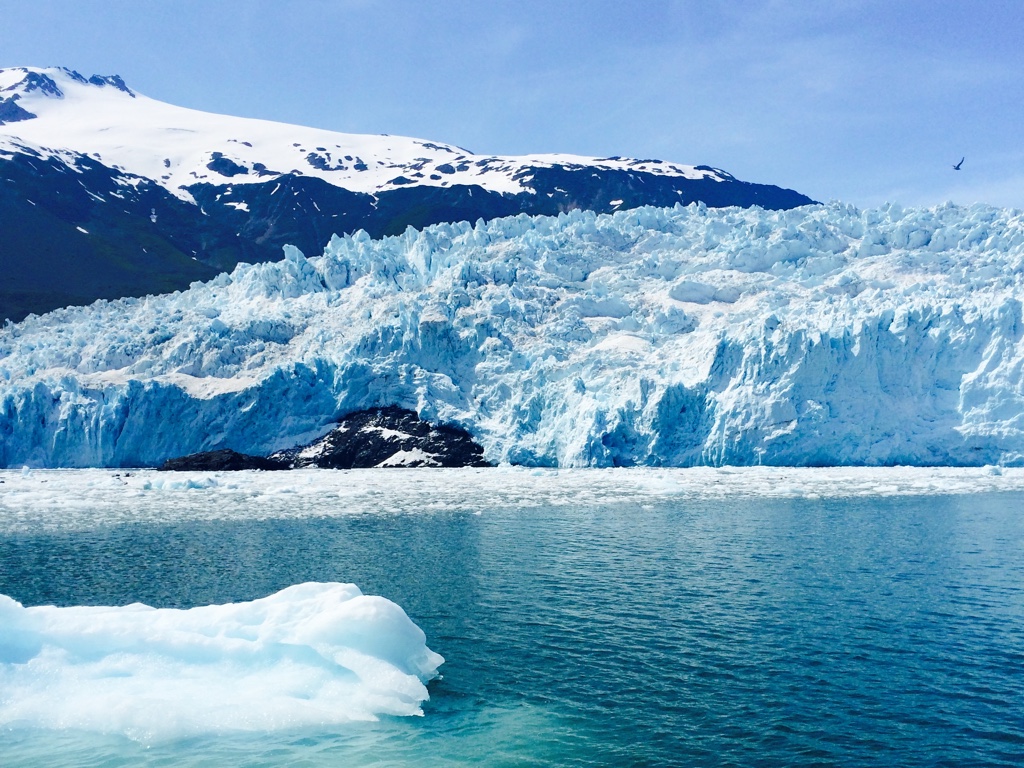 #6 Watch the glaciers break and fall off into the ocean. A short drive south of Anchorage, there are several boat tours you can take out into the fjords where you can see the glaciers break off and fall into the water. You'll also see whales, seals, and icebergs floating in the water. Some of these companies also have a "no seasickness guarantee" because of the water being so calm. So even if you get motion sickness, you don't have any excuses! :) 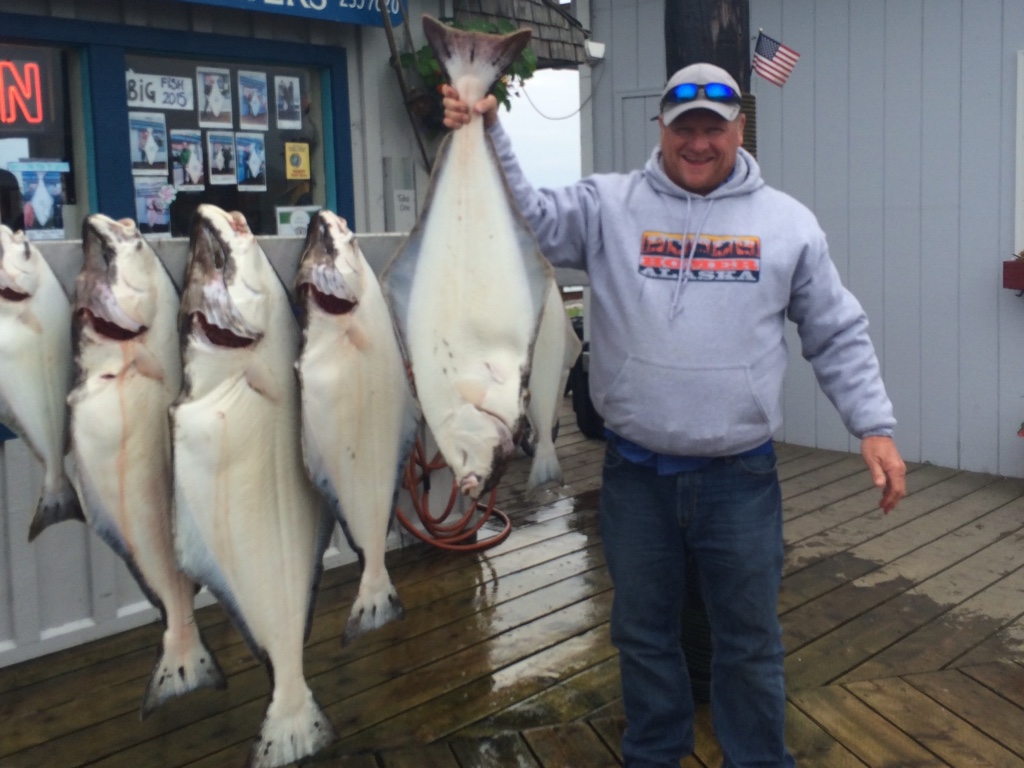 #7 Salmon, halibut, snapper--fishing is the thing to do in Alaska. While most people encourage you to fish down near the southern part of Alaska, you can find fishing just about anywhere throughout the state, especially when the salmon are running in the later part of the summer. 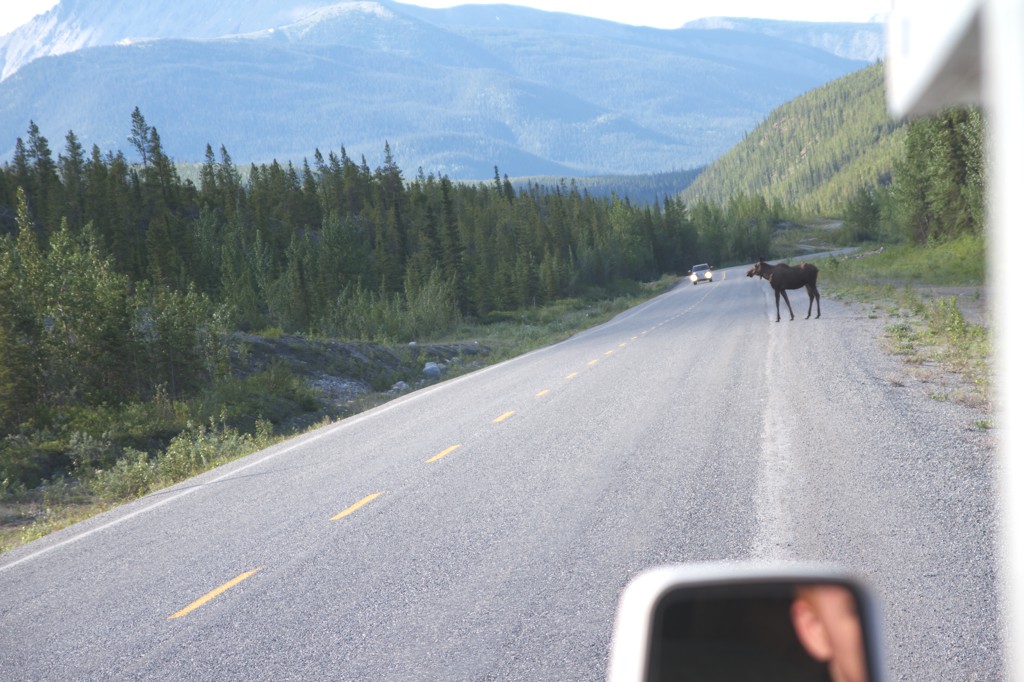 #8 Get up close and personal with wildlife. When you make the trip up to Alaska, you will likely have to stop for wildlife to cross the road. Maybe a bear. Probably a moose or two. Some goats and sheep. Definitely some buffalo. 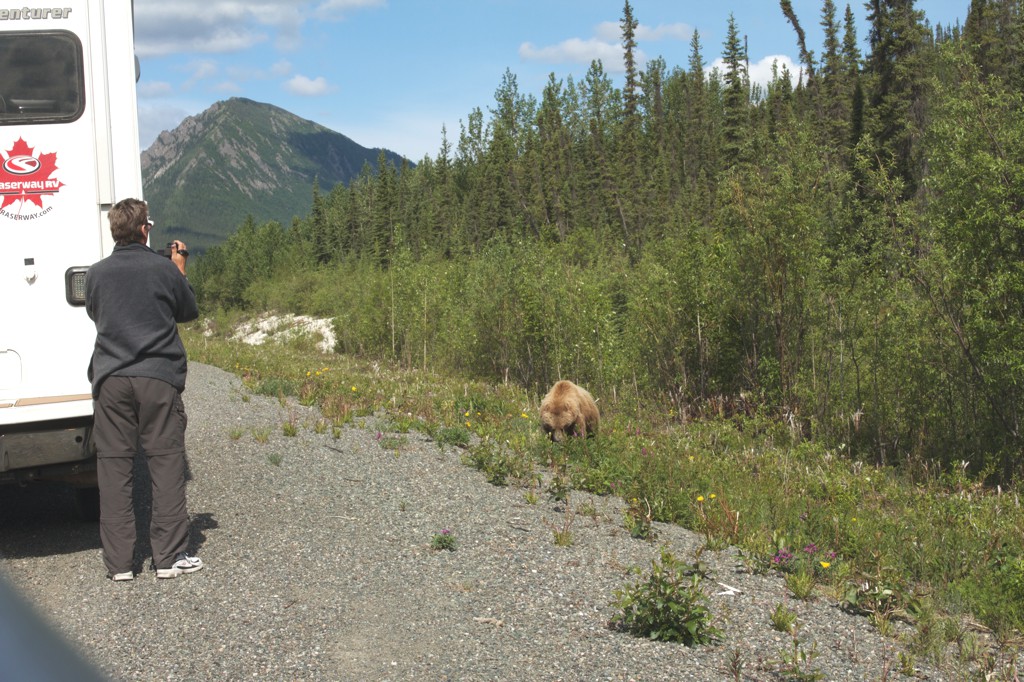 Remember to always keep your distance (unlike the man in the picture below who is European and didn't understand English) and stay in your vehicle. I watched a man scramble up a hill after getting charged by a bison protecting her young. Don't be that guy! 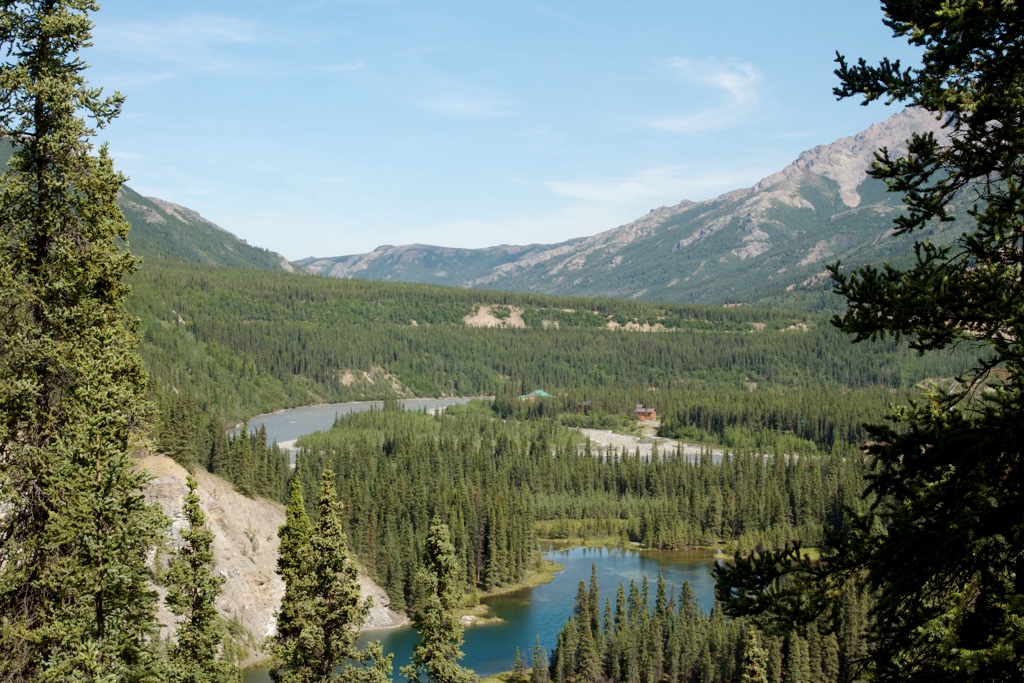 #10 Hike around Denali National Park. Alaska is known for its rugged beauty. We took an easy 2-mile hike around a small lake to give us a taste of the Alaskan wild. There are also hikes and drives to give you the best views of Mt. McKinley. There are multiple short, long, easy, and difficult hikes throughout Denali National Park to provide something for everyone.

I know they call Alaska the last frontier, but if I were to come up with my own name for the state I'd call it "The Adventure State". Because there are an endless amount of adventures you can go on while visiting. If you're looking for a wild and beautiful adventure, Alaska is the real deal.