A Tale of Two KOAs

When you're out on the road with your family and your home, no two days are alike. Even on highways we've traveled dozens of times, at campgrounds we've visited frequently, something is always new. New neighbors, new stories, new equipment. But imagine our surprise when the familiar found us at KOA during our two most recent trips - as we'd never stayed at a KOA before.

We're not veteran private RV park campers. We tend to gravitate toward the state parks, highway rest areas and Wal-Marts of the world for our overnight stays. But KOAs seem like they're everywhere. They also offer a uniform online booking experience, no small thing in an era where calling a live person to make a reservation still seems like the norm. They are often located near things we'd like to see, or on the way to places we'd like to visit. And there tends to be a certain amount of activities for kids to enjoy.

All of this points to why we stayed at our first KOA during spring break, for an overnight trip to visit Charlottesville, VA, and see Monticello. The Charlottesville KOA was right where we needed to be. 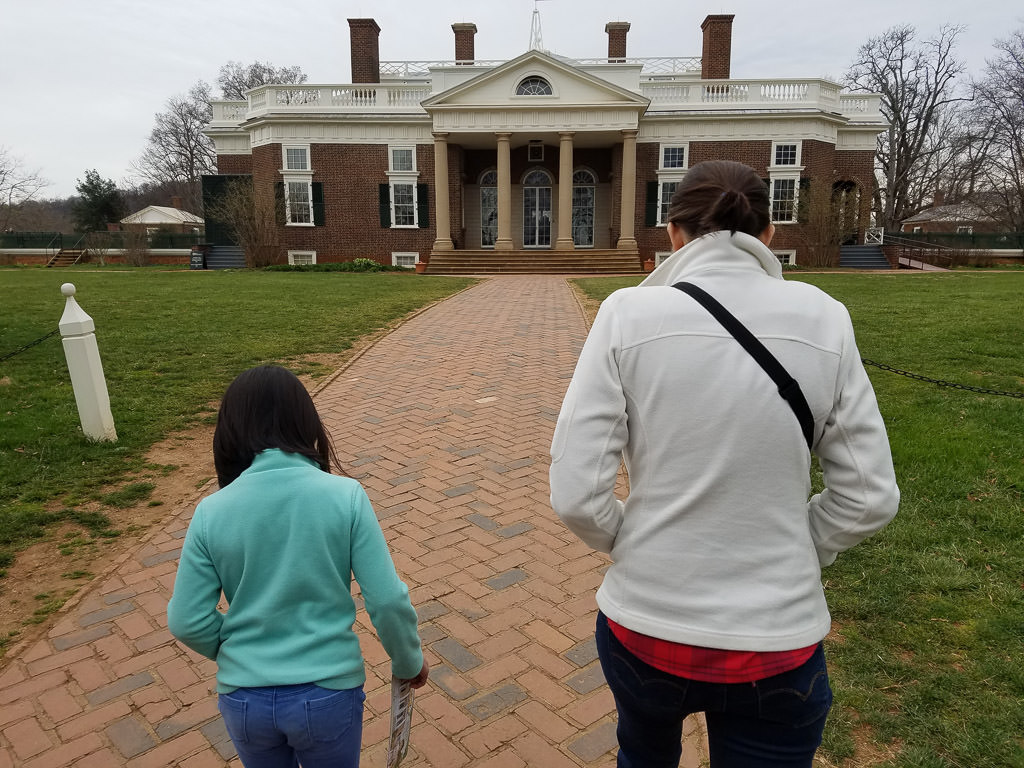 When we checked in, the owner was excited to tell us two things. One, there would be an Easter egg hunt the next morning and her kids had helped hide the eggs. And two, she usually sees only a couple of Travatos a year. But there were two of us this very weekend, both red, so she decided to put us side by side! 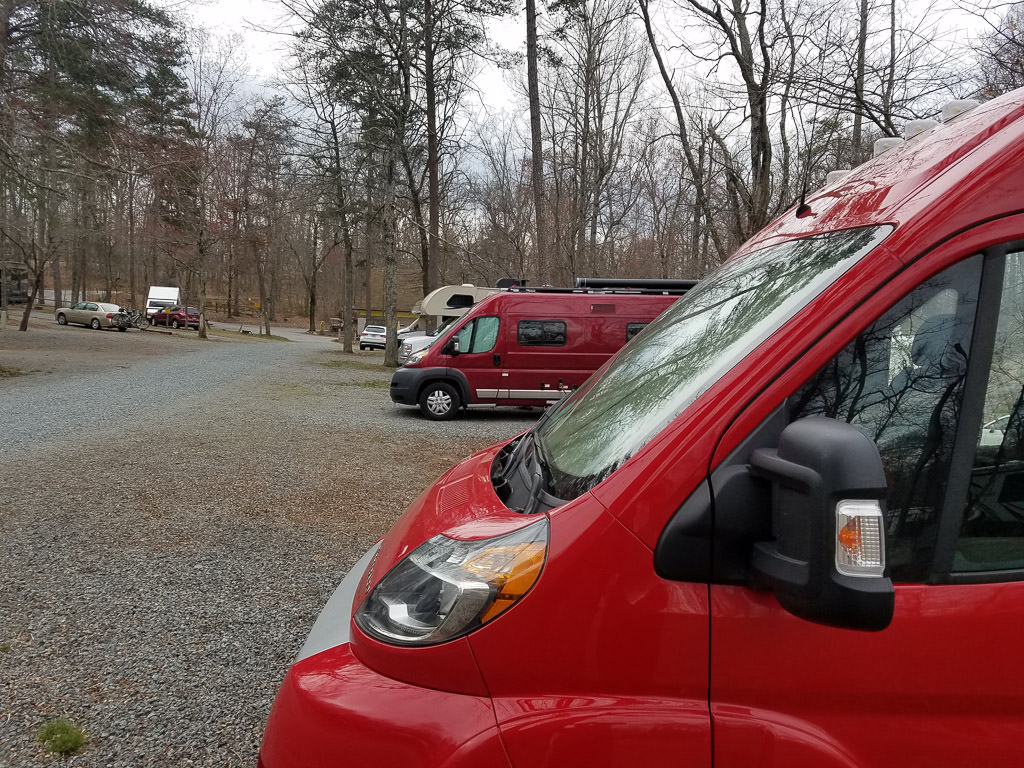 The coincidence doesn't stop there.

The other red Travato (a deep red, as it's a newer model) also had two parents, an eight-year-old and a dog. But as our kids ran off to the bounce pillow together, we realized that the dad looked familiar. It turns out he was the very last person to rent our RV just a couple months earlier! He had used it on a trip to explore, and ultimately buy his own Travato. His family had already done several adventures in it. 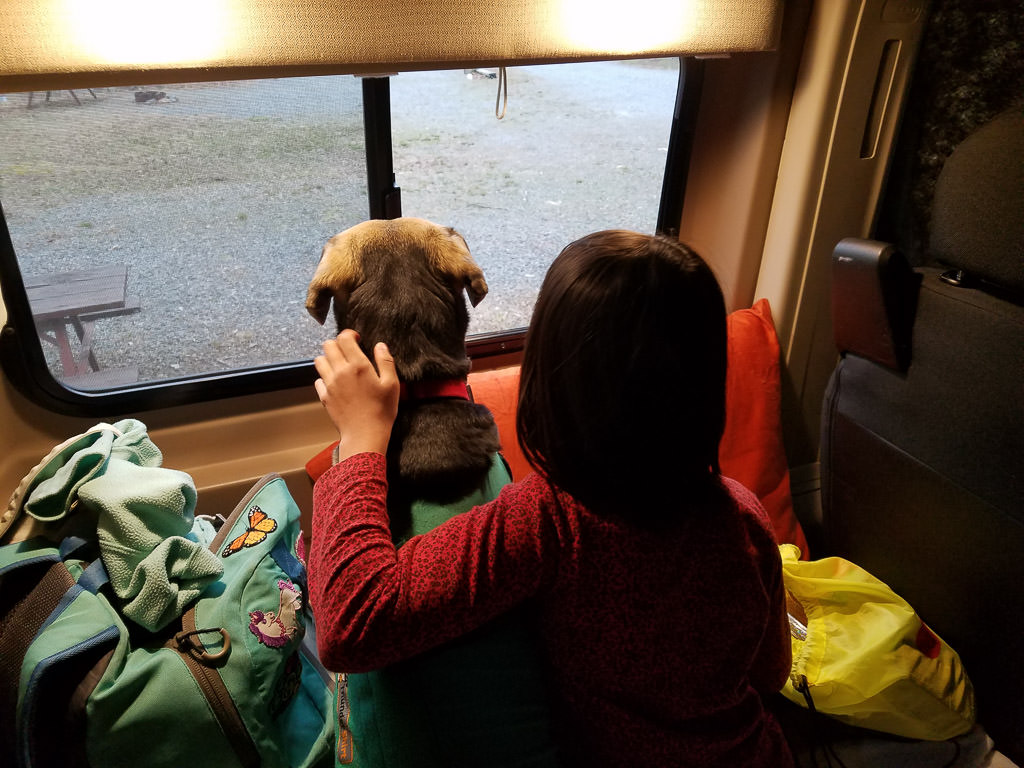 We had a peaceful night's rest and got up the next morning to find all the kids in the campground clumped together and ready to find eggs. Find them, they did. The owner said she was happy to see so many kids around, as her KOA usually skews older because of Monticello and the wineries nearby. 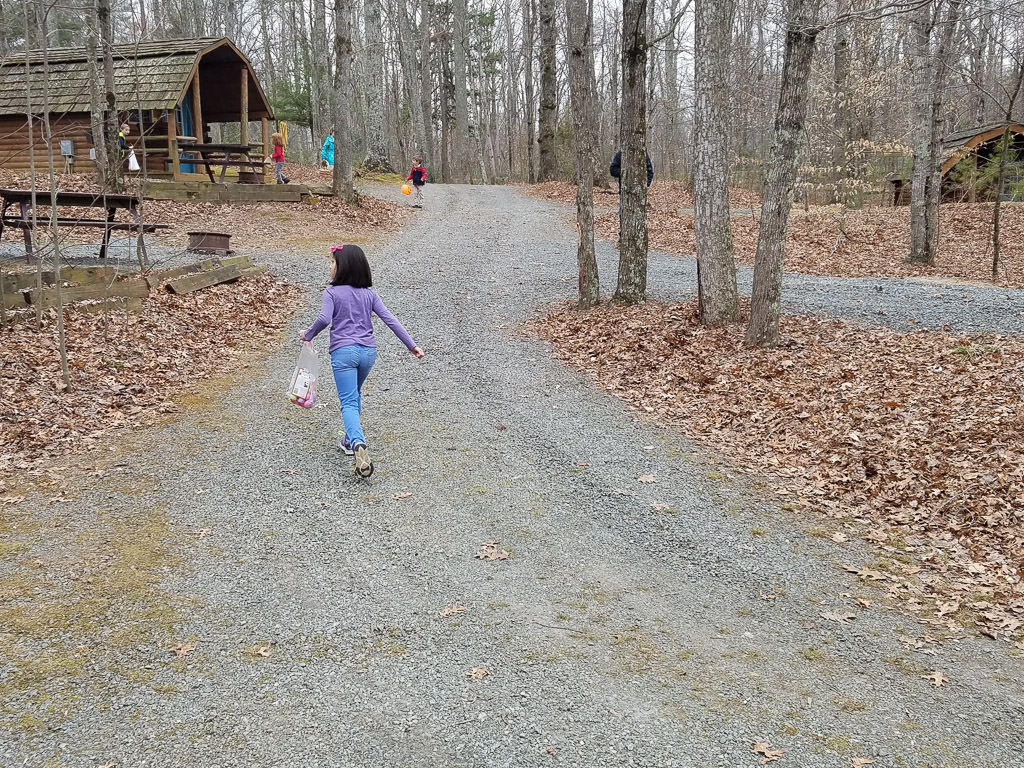 June found us at the end of another school year and headed to Michigan for another round of the annual family camping trip at PJ Hoffmaster State Park, near Muskegon. The drive from the DC area to Michigan is one we've done dozens of times. Since we bought Roxanne, our Travato, we tend to stop for the night somewhere in Ohio along the way. Tiny Lake Milton is about the midpoint. Last year, we had our first Harvest Hosts experience in Lake Milton and also stayed at a neat private campground there. This year, I noticed the Lake Milton/Berlin Lake KOA when I was searching for our overnight stop. Good location, nice amenities. Maybe we could even stop at that winery nearby for some of the frost that was the highlight of a previous trip? 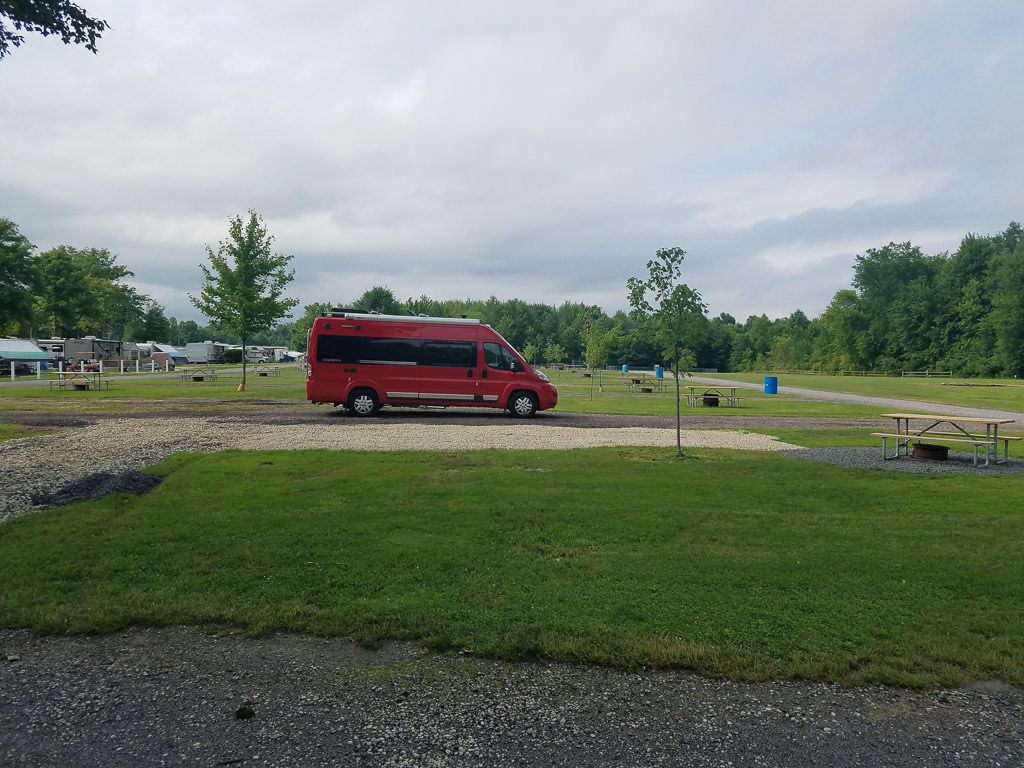 My first clue that something familiar was about to happen: I put the name of the park into Waze during our last stop for gas. But "Green Acres Lake Park" came up instead. That's the name of the RV park where we stayed last year. Hmm. I wondered what was up, but just kept driving. Then we saw the big, familiar, yellow KOA signs pointing the same way we were going.

Moments later, we pulled into the driveway of ... the same RV park where we stayed last year! The entrance was festooned with yellow signage proclaiming it a brand-new KOA. The owner, wearing a bright yellow shirt, checked us in. With obvious pride, she told me they had just transitioned to KOA at the beginning of the year. She encouraged us to check out the new stuff. 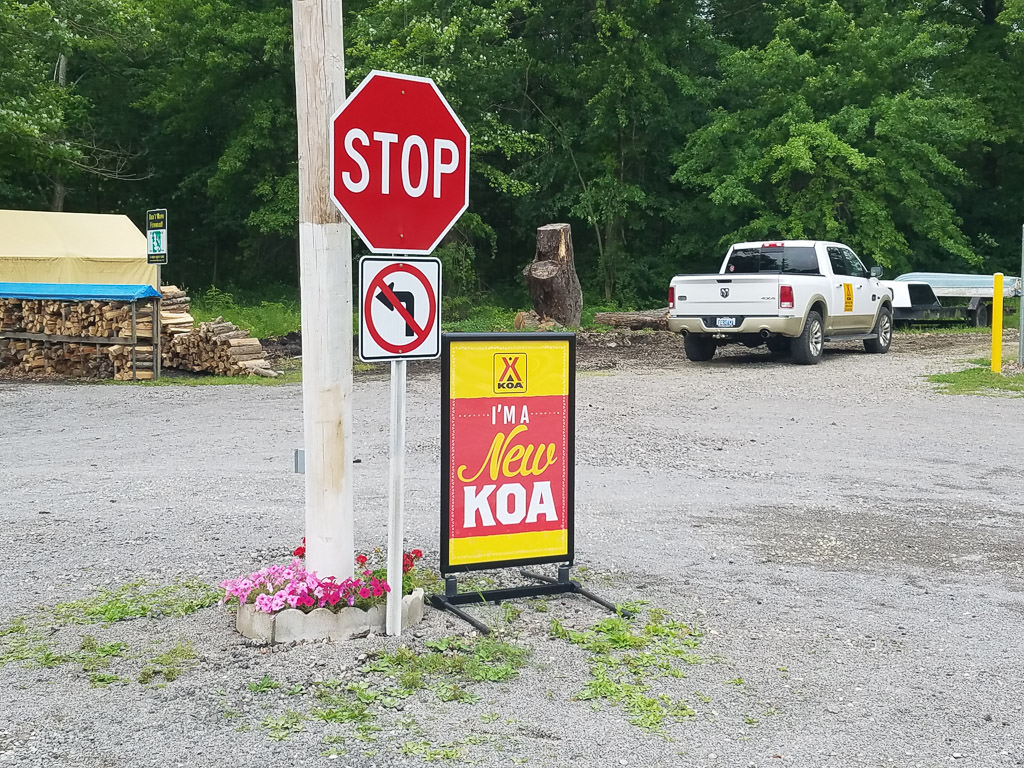 The bathrooms were new, along with some playground equipment. One thing that hadn't changed was the jumping pillow, which our 9-year-old had no trouble remembering or finding.

The park was mostly empty, save for a few clearly long-term residents with decks, patio furniture and outdoor lighting. We ended up in exactly the same spot as the year before. About an hour into our stay, a couple pulled in with their pop-up and their two grandkids.