A Love Affair with Architecture and Ambiance

I am not so naive as to think my love affair with Port Townsend isn't tinted through sky-blue glasses. The weather is nothing short of perfect parked in the Point Hudson Marina. Waking up to chilly mornings under the down comforter, the view from my View is looking out across Puget Sound blanketed in a soft, willowy layer of fog. Long before the alarm starts to shriek, I am awakened by the haunting sound of laughing gulls echoing across the Point. By noon, the sun is out with rarely a cloud in the sky, warming me up to "short pants weather." Then as the light starts to slant toward horizontal, lighting up the beautiful Victorian buildings, the evenings turn to sweater weather. How could it get any better? 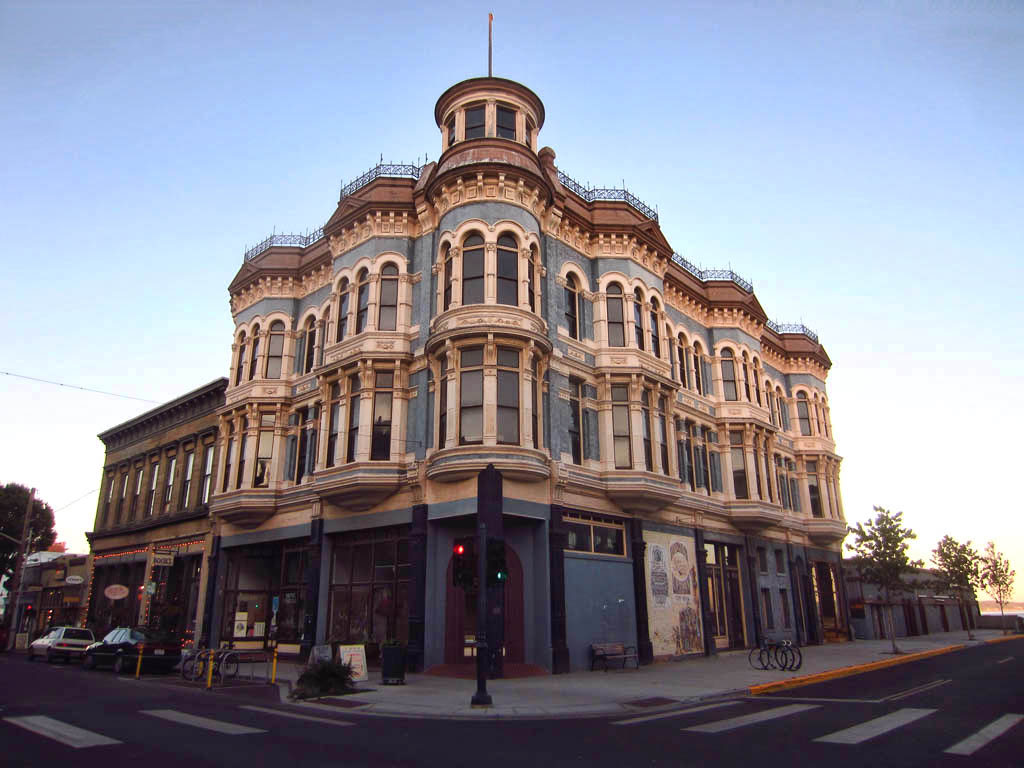 Victorian era architecture has tugged at my heartstrings since I was a young girl doing volunteer work as a docent dressed in period costume for the local summer "Gingerbread Trail." Port Townsend enjoyed a heyday back in the late 19th century as the harbor was well on its way to becoming one of the busiest in the Pacific Northwest, so much so that the town was dubbed "The City of Dreams." Victorian architecture is still prominent here, with office buildings and historic plaques all reflecting the late 1800's. The entire downtown area is a National Historic Landmark 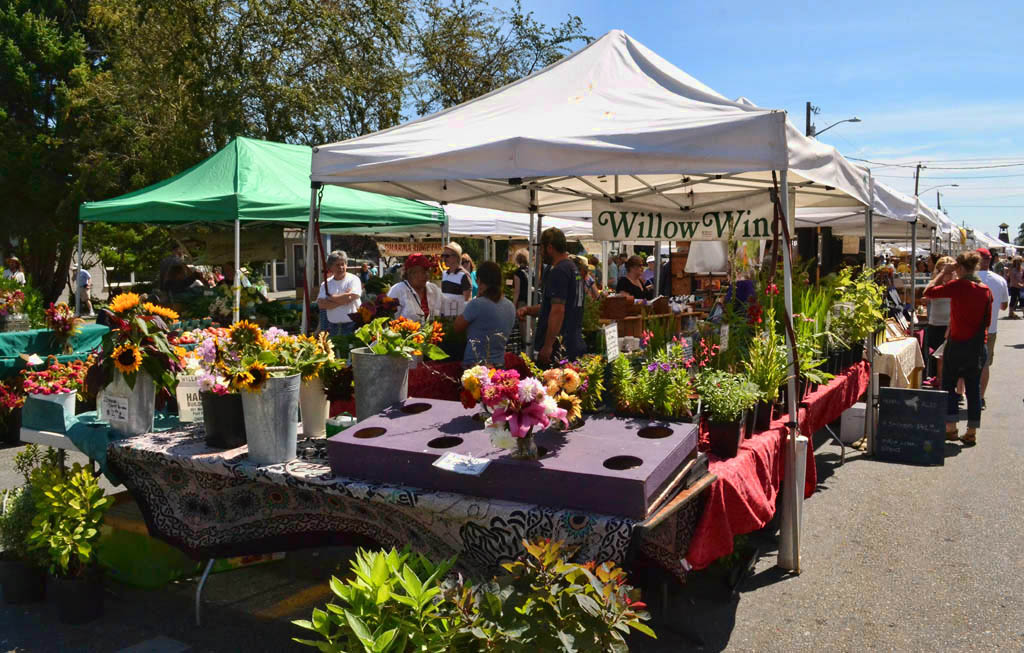 As for ambiance, well, that is the stuff that love affairs are made of, as there is ample music, dancing, and merrymaking enough to suit the most romantic of courtships. Walk the main street and find guitarists and fiddle players busking on the corner, or just serenading friends along the waterfront 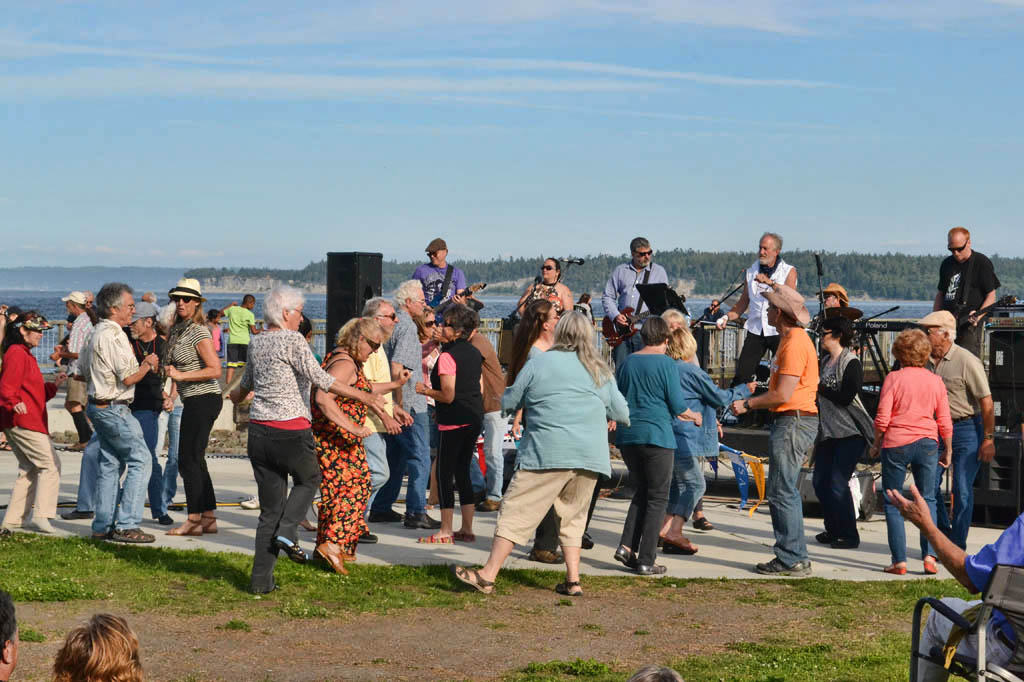 Being an introvert, I am not typically the type to strike up conversations with the locals, but at the Thursday evening "Concerts on the Dock" event it's unavoidable. It's a street party where no one is a stranger. Since the median age is 47, there are a lot of gray pony tails and Hawaiian shirts in the crowd. A bar section is cordoned off with a plastic rope and a paper sign that says "No Minors," while $4 beer and wine flow freely. Locals are friendly and eager to talk about their town. It feels like a scene straight out of the movie "Cocoon," as my geezer tribe-mates bust a move to Chuck Berry's "Goes to Show you Never Can Tell" on the lawn. It truly feels like a community that plays together. 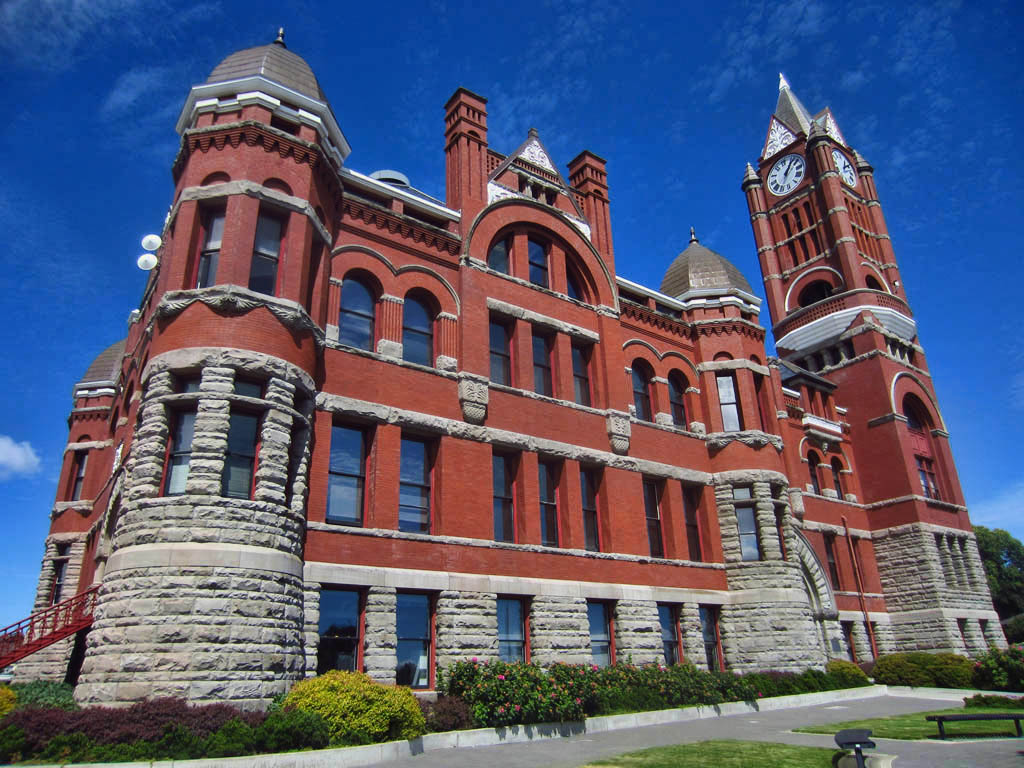 The Arts are paramount in Port Townsend, where the little town of 9,000 has the Centrum organization, dedicated to creativity who's mission is "to promote creative experiences that change lives." They sponsor monthly Arts walks, the "Fiddle Tunes" fiddle festival, Ukulele Festival, Jazz Fest, Blues Fest, and a Film Festival in the historic turn-of the-century Rose Theatre, just to name a few. Even the bi-weekly Farmer's Market has a festival feel to it. Many Farmer's Markets have live music, but where do you see one with seating where people actually stop to listen to the music, rather than just giving a passing nod between perusing the booths of local produce? 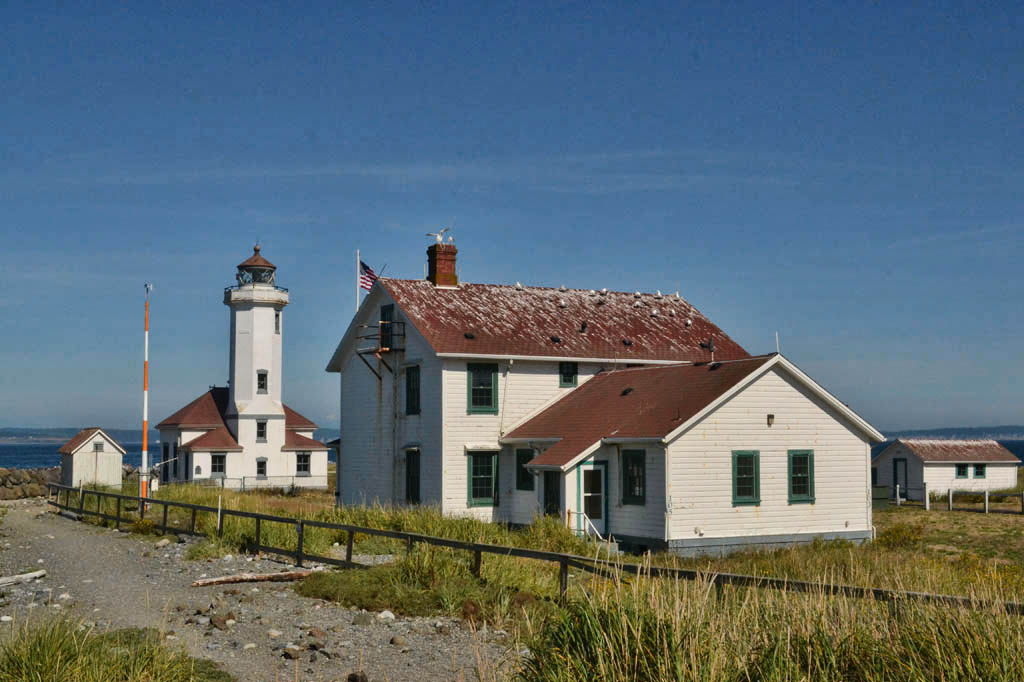 And as if that weren't enough romance for one small town, there is a lighthouse! Nearby Fort Worden, one of the three forts established in the "triangle of fire" to guard Puget Sound during WW1 is home to the Point Wilson Lighthouse, built in 1914. The pretty little Fourth Order red and white Fresnel lens still rotates on display for those wishing to tour the lens room. If the barracks of Fort Worden look familiar, it was the location for the filming of "An Officer and a Gentleman." 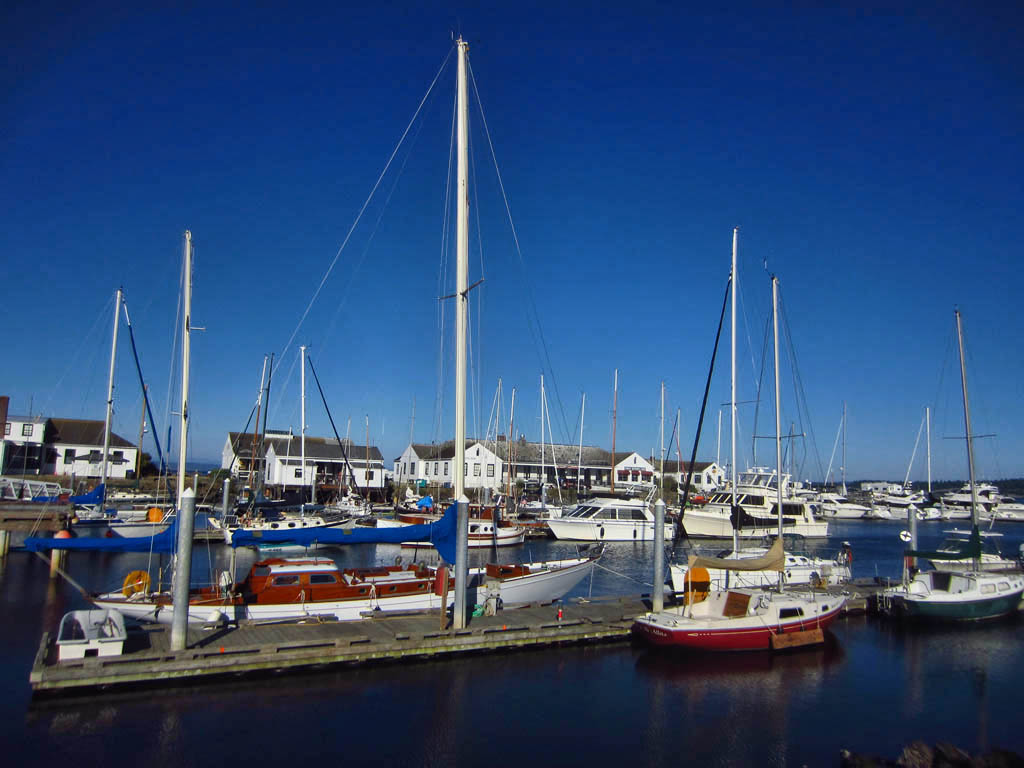 No doubt, I will return to Port Townsend again one day. Who knew a little known stopover destination for the work week would steal my ever-lovin' heart? As Chuck Berry would say, "Cest la Vie, say the old folks, it goes to show you never can tell..."