I have spent a lot of time in both our beautiful diesel Winnebagos, and the experience really drives home the phrase: It's all relative.

Main Differences Between a Van and Coach

For many, moving from an average-sized house into a 580-square-foot motorcoach would feel like a major move toward minimalism. But when you move from a motorcoach into a campervan, you are entering what I would consider an extreme zone of simplicity.

The Most Obvious: Size

The Ellipse has three slideouts. The Era 70A has none. My husband would have preferred the 70M, which has a slideout, but I won that disagreement. I wanted the simplicity of no slides. However, I would not give up the slides in the motorcoach for the world. The slides take the coach from being a vehicle to being a home on wheels. Friends are amazed when they visit us in the coach, forgetting they are in an RV because it feels so much like a home. A small home, but a home nonetheless. 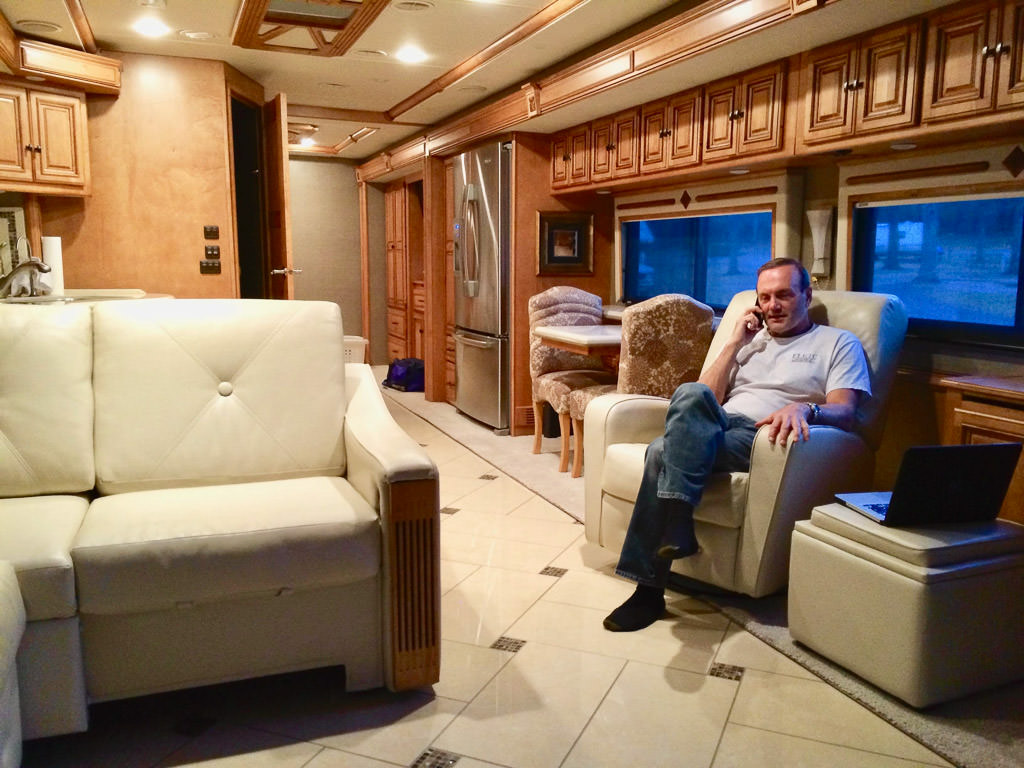 But the van leaves no room for confusion. Literally. My husband jokes that the van is hardly big enough to change your mind in. And while the van does not have a lot of room, it has enough room; and it does it wonderfully. You have everything you need strategically placed into 24 feet: a couch, a stove, two sinks, a fridge/freezer, a microwave, a bathroom, two televisions, and a bedroom. That's a lot!

However, what the van does not have much of that the coach does is floor space and storage.

After having lived in the motorcoach awhile, I toured Class Bs and was surprised by how little floor space there is. I kept thinking: Where will I put the cats' litter box? In the coach, the cats have their own powder room!

The thing is, you will always figure out where you can put the things you actually need. So, don't worry. 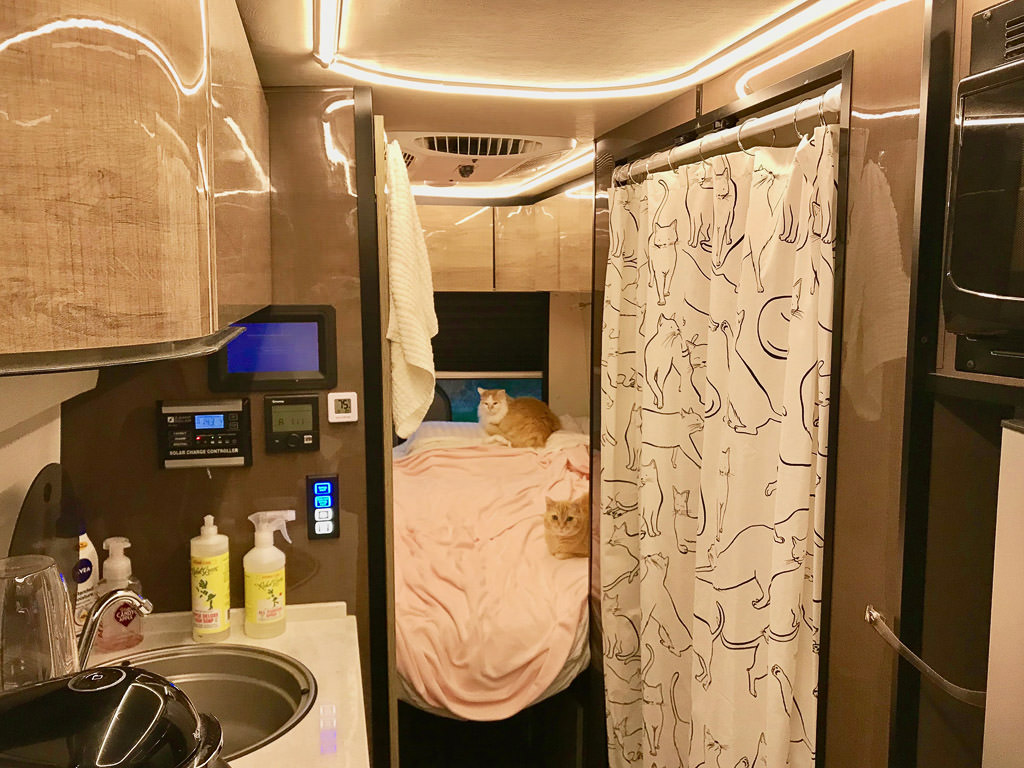 The coach has excellent storage space inside the living area as well as in the basement area. In fact, the basement is huge. For full-timers, it is wonderful to have all that storage space! But it also means that you are probably driving around with quite a few things you do not need. We certainly are! 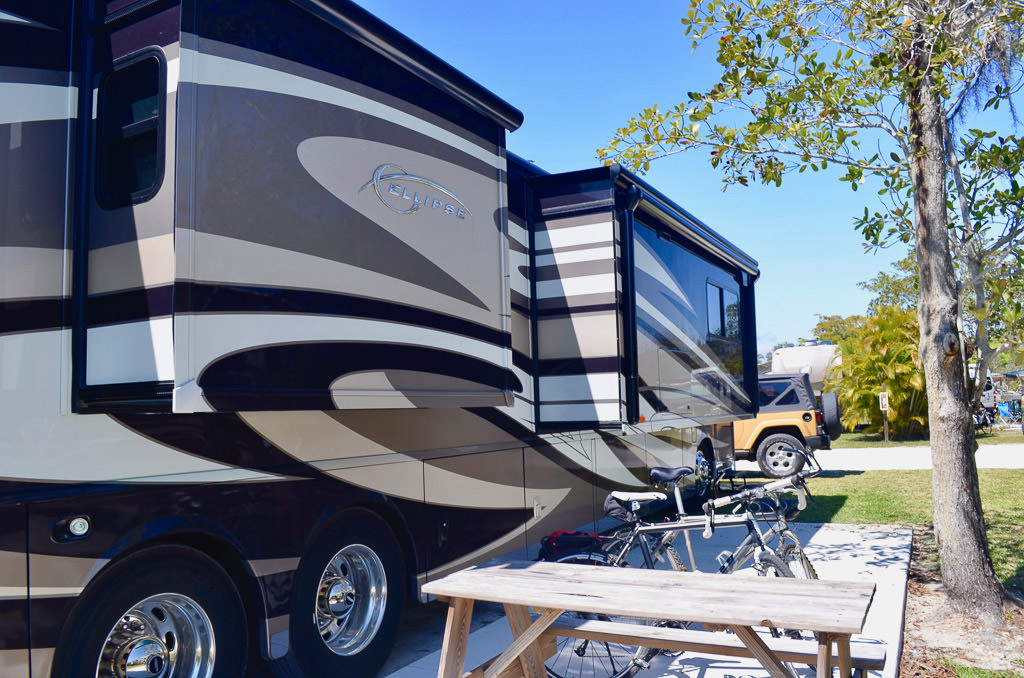 In the van, you have room for what you need but little else. There is no getting sloppy with the number of possessions you have with you because the van is self-limiting in that regard.

While the van does require a short, fairly non-intimidating period of adjustment when you first start driving it, the coach's learning curve is much larger. In no time at all, I was very comfortable driving the van. I drive it a bit slower than I drive my Jeep, partly because it will not come to a stop as quickly as a car or SUV, but I feel well in control. 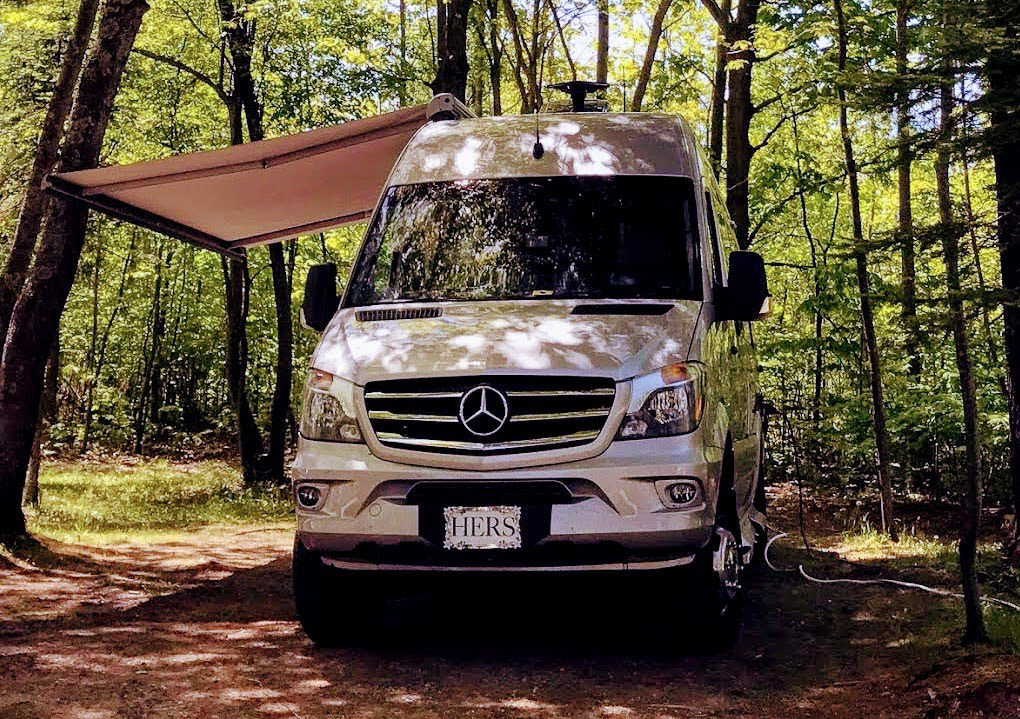 When driving a motorcoach, you definitely need to drive slower because it takes a lot more time to bring the coach to a stop. With the way expressway speeds can go from 70 mph to 0 mph in seconds, being able to come to a stop quickly is essential.

As for parking, I am sure it is obvious to everyone that parking a 24-ft campervan is quite a bit easier than parking a 42-ft motorcoach, but another thing to keep in mind is where you can park. Many national parks won't allow the big rigs. Some campgrounds won't either, or they'll have limited spaces for the big Class As. Gas stations are another place you need to consider. I have not had any issues getting the van into a gas station, but there have been quite a few we have had to pass while in the coach.

Most Class A owners tow a vehicle. Few Class B owners do. And I find myself grateful whichever the situation.

It is great to have a tow to get around in once you have set up camp. But it is also great (with the van), not to have to tow. When in the van, I usually just hook up electric and water because they are quick and easy to un-hook if I want to head out to run errands or tour the area. 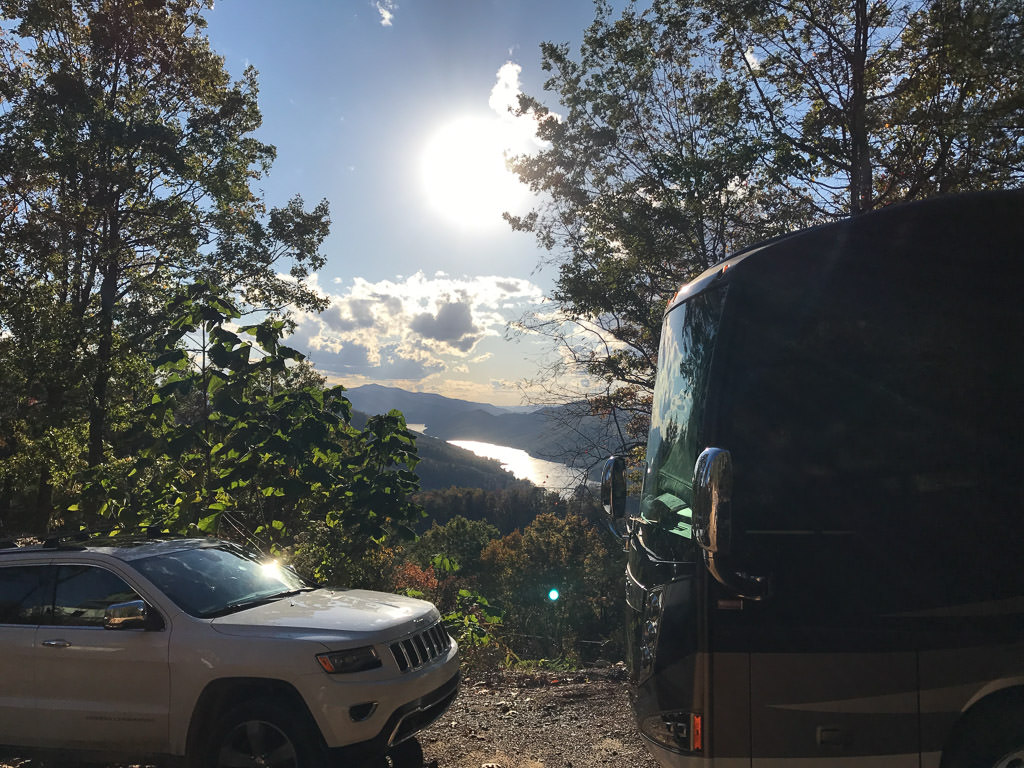 Which is Right for You?

Do you want the simplicity and agility that a Class B provides? Are you willing to give up a plethora of storage space for the ease of setting up and taking down camp? Are you willing to give up a large bathroom for the ability to fit into every campground? If you like to travel light, and you appreciate the freedom that a campervan affords you, then run (don't walk) to check them out!

However, if you prefer more space to stretch out in and want an RV that will feel more like a home after a long day of driving and touring, then a Class A may work best for you. There is plenty of room in a motorcoach for all the creature comforts of home! So, bring your blenders and camping chairs. Fill the fridge with your beverages of choice. The setup and take down take longer than they do with the van, but once you're set up, you're all set!

Coach or van? 42 or 24 feet? Slides or no slides? Storage galore or minimalism? It is all wonderful in my book, just different types of wonderful!