On a Monday morning on September 18th, Winnebago CEO Mike Happe stood in a warehouse-like event center in Elkhart, Indiana. Around him a crew of drivers, technicians, and product experts had just finished placing the company's newest models. He watched as the motorhome division's general manager, Brian Hazleton, was having his mic adjusted. by the video crew with cameras set like a traditional broadcast, but ready to wirelessly go live on the company's Facebook page.

It was a uniquely high-tech moment in the heart of American RV country, which by its nature has a much more button-down vibe than the tech centers of the West Coast.

Twenty months earlier, the Winnebago board of directors made a big bet to bring in a non-RV executive to lead the company. True to his thoughtful midwestern roots, Happe arrived not with grand proclamations or corporate platitudes but started listening, watching, and devouring a deluge of information about a company he'd just been handed the keys to.

In less than two years, Happe has methodically and very deliberately reset the company's compass point. He engineered the largest, industry-stunning acquisition in Winnebago's history by buying the meteoric Grand Design company. All the while, he has never taken his eye off the ball on the company's core business - motorhomes. It's one thing to come into a six-decade old culture and identify inefficiencies and opportunities. It's another thing to turn the battleship in a new direction.

Now, twenty months in, Happe stands in the midst of the first wave of new products that have been developed under his watch. While exciting, he sees them as a start, a bridge between the company's storied history and the promise of bringing modern design and manufacturing processes to an industry that lags behind its automotive cousin.

What's unusual about Winnebago's introduction is that it signifies product advances across the board. Each model represents a different product class. From a compact van to a gas powered Class A, and to a luxury diesel pusher Class A, these Winnebago products represent a new way of thinking within the company. It's a more customer-centric approach that puts a great deal of emphasis on the experience and applications that RV owners have in mind when they purchase and use a coach.

The Intent: maximizing value. A few years ago, a couple of Winnebago's competitors introduced lower-priced Class A motorhomes that were well under the $90,000 dollar price point. These units were popular, but as Winnebago engineers and product managers assessed these competitive units, they stubbornly resisted the apparent trade-offs in fewer features and lower build quality it seemed to take to create a lower-priced motorhome. Their intent, and the namesake coach they created, was to design a more affordable motorhome without stripping out the core quality that makes Winnebagos more durable for long years of service. 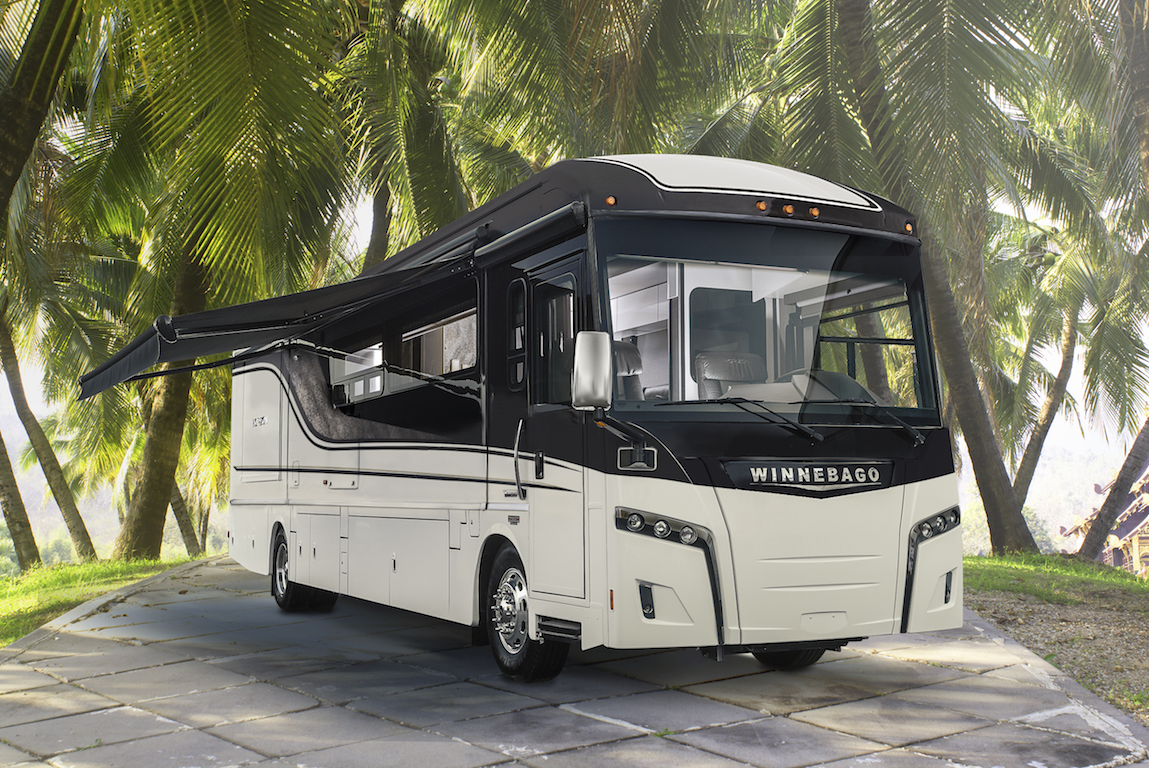 The Horizon: design matters. In the world of luxury Class A motorhomes, just like regular homes, interior design features such as tile floors, solid surface counters, and handcrafted wood cabinets are expected. For years, Winnebago's Sprinter-based View and Navion Class C motorhomes have been the top sellers in the industry. And a big part of that success is the sleeker modern interiors with precision-manufactured cabinet components from Italy. This led to a highly complex initiative to create the first modern Euro-inspired interiors in the industry. The result was remarkable, an interior that rivals that of a $1 million dollar custom coach, for a third of the cost. 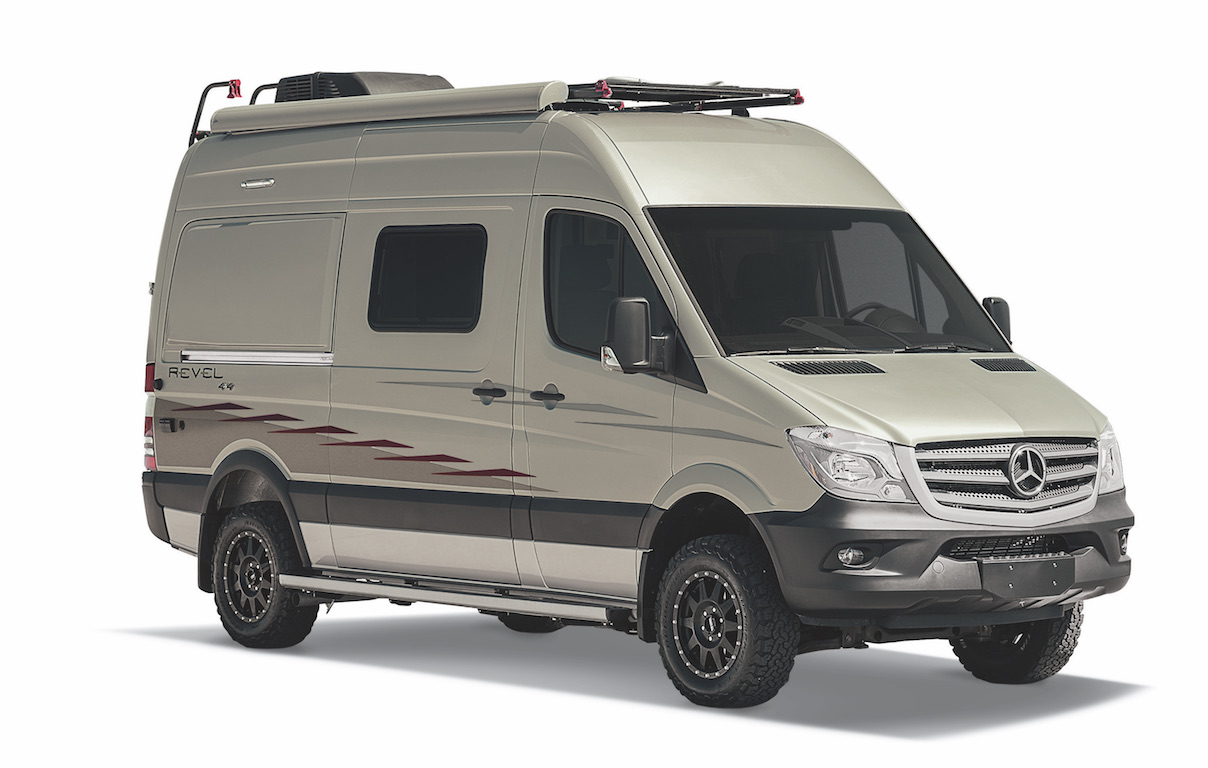 The Revel: an RV for non-RVers. Where the Intent and Horizon are poised to disrupt the categories they're in, the four-wheel drive Revel was designed to open up a completely new category in the B-Van market. Built on a rugged Mercedes Sprinter 4X4 chassis, the Revel may look too utilitarian to many RV owners, but to trail runners, kayakers, rock climbers, bikers, and backcountry enthusiasts it's a Ritz Carlton suite on the edge of the wilderness or along a riverbank. Until the Revel, aggressive outdoor adventurers had to buy and customize their own van shell, or wait for months while expensive custom up-fitters would build a backcountry capable vehicle.

It's been an eventful twenty months for Mike Happe and Winnebago's re-charted course. The hard effort of change is starting to bear fruit and the star exhibits have been unveiled. Eager buyers won't have to wait long until all of these models begin to appear at Winnebago dealers.