What Kind of RVer Are You?

(Photo above: Pricey and exclusive. The Motorcoach Country Club in Indio, California)

What type of RVer are you, or will you be? With 48,000 miles of RV travel over the past thirty months, I've come to think of RVers as falling into three general categories. 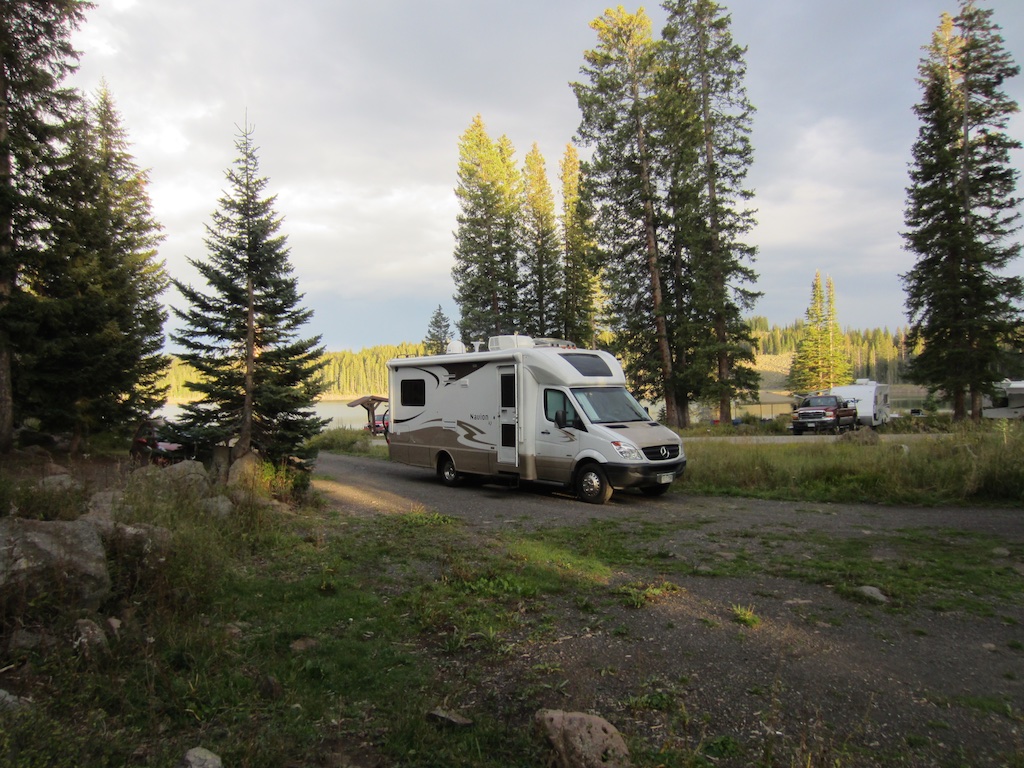 The first, and probably the most common, are CAMPERS. These are individuals, couples and families who, a few times a year, head to a favorite spot at the lake, travel to a festival, or perhaps knock a national park or two off their to-do list during their summer vacation. Campers generally see their experience as a more civilized option to tenting, but more affordable and comfortable than motel road trips. 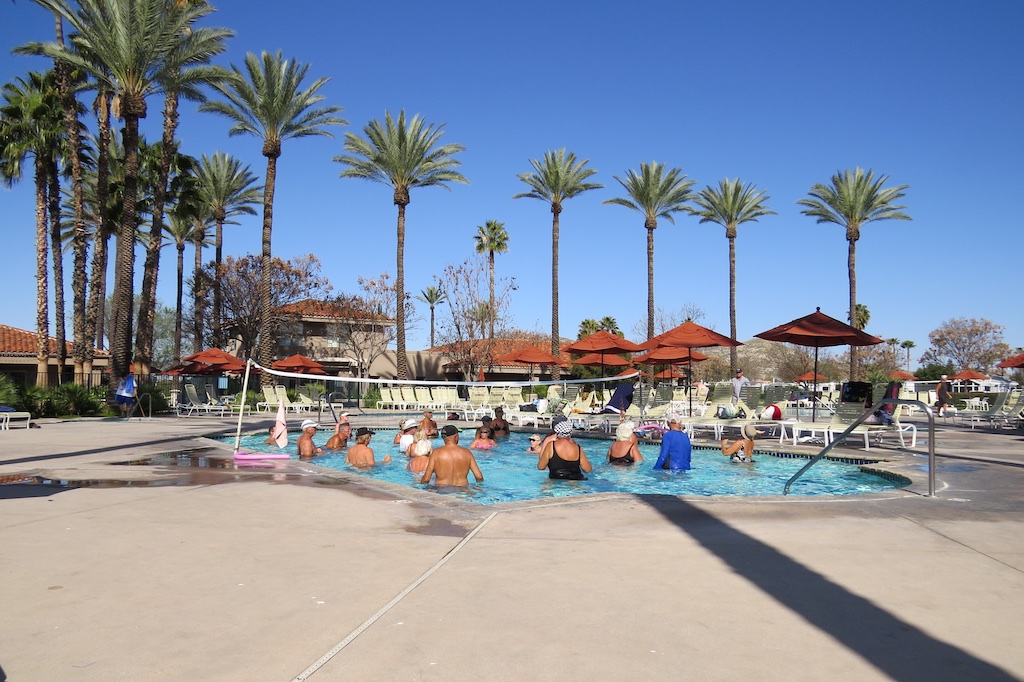 The second group on the other end of the spectrum are the FULL-TIMERS. They're the smallest group, but a fascinating class of people who can be divided into several distinct categories. The first, is retirees. Retirees who decide to become full-timers generally have sold their home, banked most the proceeds, and have set out to live a mobile life until their health or interest wanes. This group generally prefers larger RVs with the most popular being fifth-wheel trailers and Class-A motorhomes with slideouts. Full-timers usually chase warmth, and their migration paths are the well travelled north-south freeways of the US and Canada. To supplement their expenses, full-timers often seek out employment as work-campers in maintenance and hosting positions in campgrounds. Amazon has tapped into this pool of workers by offering seasonal jobs at some of their distribution centers which offers both salary and hook-up benefits.

There's another sub-group of full-timers that I call mobile professionals. These are usually people in their 30's to 50's who have digital skills that allow them to live anywhere as long as they can find an Internet connection. Some are IT consultants, some web developers, and others database managers. As a sideline, quite a few of these folks also maintain active blogs and derive a little incremental income from paid advertising on their site. But, the one thing they all seem to have in common is that they don't have kids. 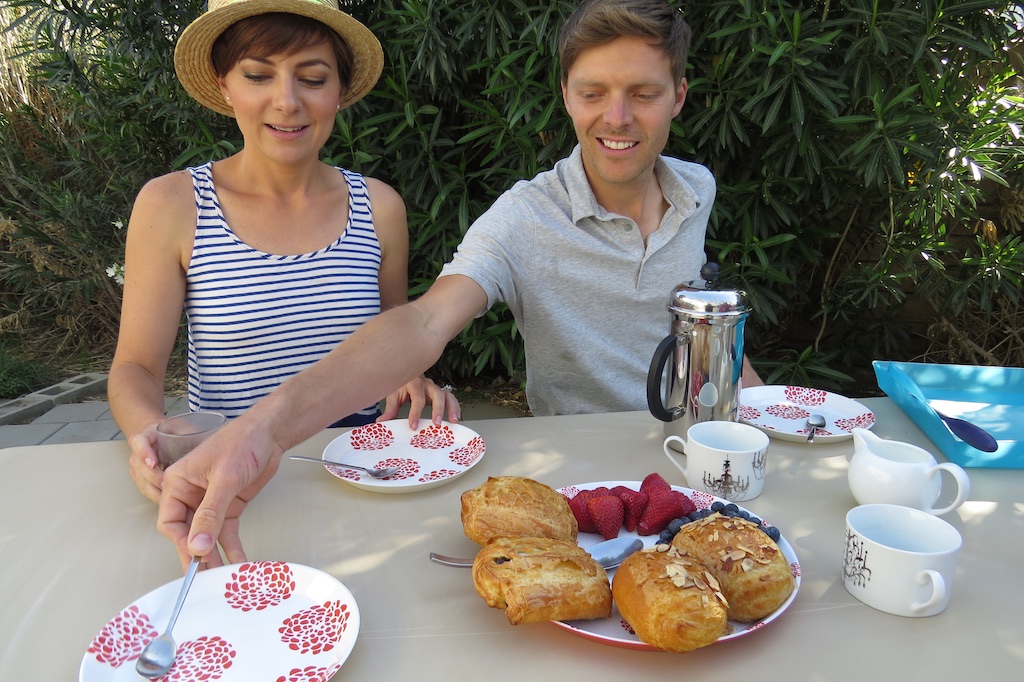 And "kids" leads to the youngest group of full-timers, the millennial discoverers. This is the first generation of truly digital RVers. And like their city-based counterparts, these discoverers are hard wired to share their experience through Twitter, Instagram, Facebook, YouTube, and some pretty sophisticated blogs. Their enthusiasm for experiencing the virtues of road travel often have a freshly tilted view of discovery as they avidly share the uncovering a heretofore unexplored new continent (or so they think). To pigeonhole them as Kerouac's with iPhones, or VW microbus flower children with GPS, wouldn't be entirely fair, but unknowingly and blissfully they are pushed by the same currents that have driven the young to explore throughout recorded time. Their contemporaries follow their digital life with envy and their elders look at them with a sense of wistfulness, knowing that things like babies, careers and mortgages will soon take them off the road. 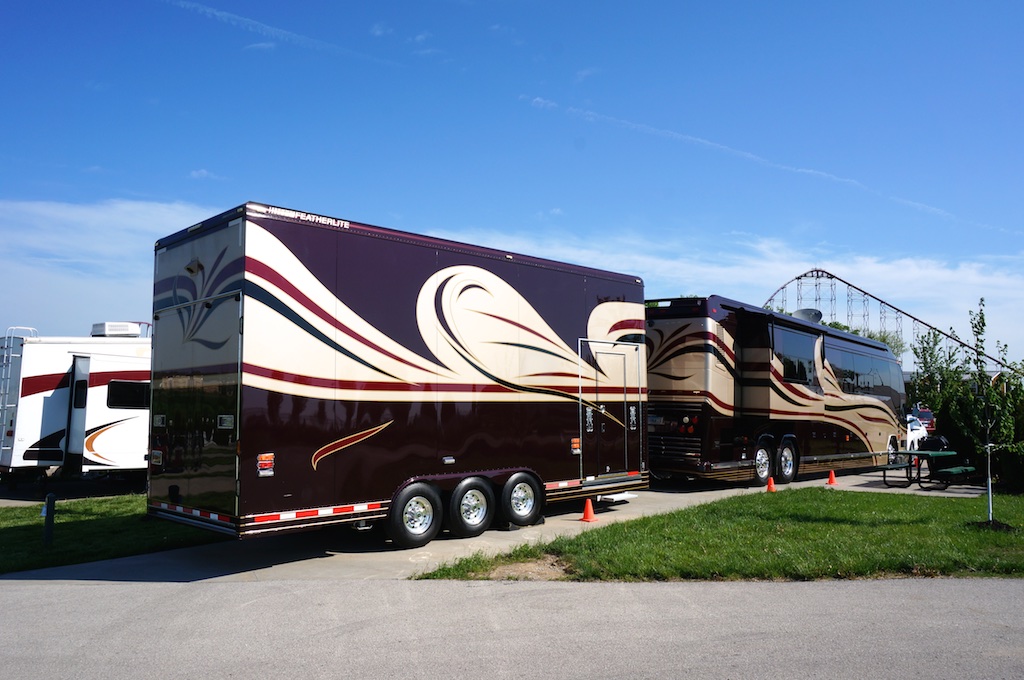 A super luxury RV at Worlds of Fun in Kansas City, Missouri. The Cadillac (not seen) was painted to match.

The third group are the TRAVELERS. They're active baby boomers either on the cusp of or recently entering retirement. They now have the time, money and interest to get out in the world and explore. Not staying in one place for more than a week or so, their general preference is to travel in motorhomes, from well equipped B-Class vans, to large Class-A diesel pushers. Travelers don't see themselves as campers. Their style might be best described as mobile living where their RVs are thought of as second homes (and often treated that way for tax purposes). Like a cruise ship, they dock for awhile in scenic, cultural or family/friend locations. Travelers will often take several trips a year from two weeks to two months. But, their mobile travel is just one wedge in their piechart of life where other slices include family, friends and interests at home; and occasionally domestic and international jet travel.

While their motivations and styles may be different, the one thing that campers, full-timers, and travelers all know, is that RV life opens up new experiences, adventures, and friendships that can only be found by going out and meeting the world.