"You can't just go living your dreams, Brian... it only upsets other people." --Brian's former boss

In the spirit of Twain, Kerouac, Steinbeck and even Easy Rider's Peter Fonda, the living book of the "great American road trip" has been added to in literature and pop culture for decades. That same adventurous spirit and eternal wanderlust which has burned inside authors and musicians in eras past ignited inside Brian Spurling. 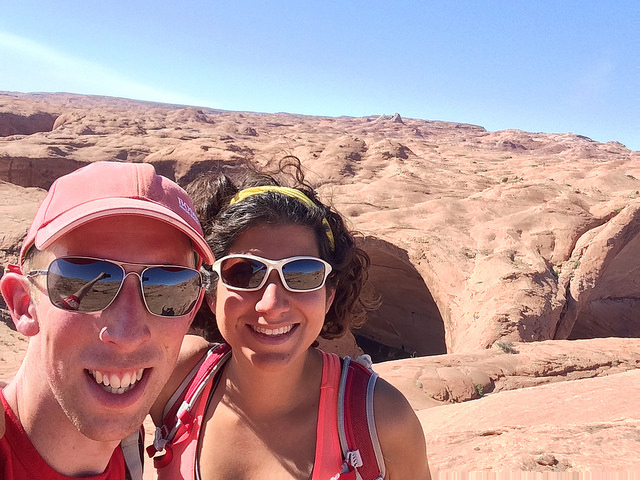 With his twenty-ninth birthday quickly approaching, Spurling reconsidered a decade old choice. At nineteen he had chosen career ambitions over the dream trip of a lifetime. He sensibly remained in London to ascend the corporate ladder with a cushy job, seventy plus workweek hours, and his smartphone epoxied to his side. 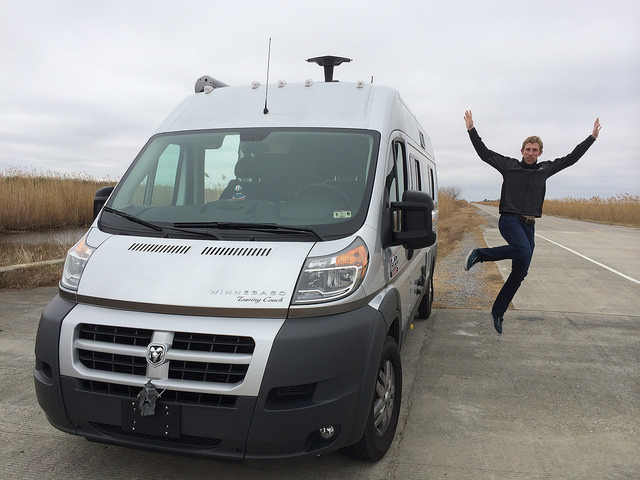 But, the pilot light of that deferred American cross-country dream remained persistently lit and fueled by the memory of being rescued from the side of the road by two American backpackers in New Zealand. The backpackers shared their similar dream of traveling the United States in an RV. They described to Spurling the best route strategy: spend winter in the south, early spring at the national parks in the west, summer in the north, and follow the changing leaves to the east coast in autumn. 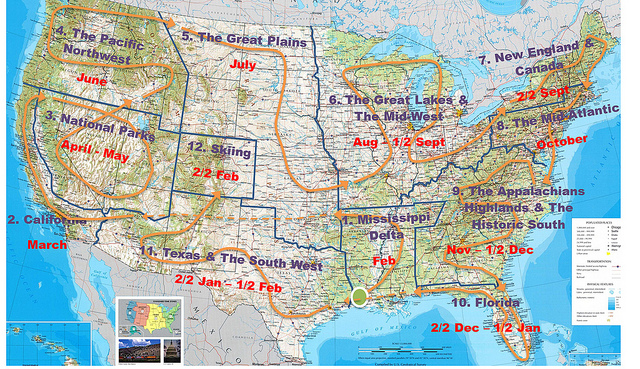 He was in. And though ready to go, convincing his girlfriend Giselle to join him was a bit more challenging. Like Spurling, she had a thriving career in London at a think-tank and had recently taken the big step of moving in with Spurling. Suddenly, here was another huge life leap, but Giselle apprehensively agreed and plans were set in motion.

Like so many before them, their point of arrival was New York. From there, they leapfrogged states and flew deep into the heart of Texas to buy an RV.

The phrase "everything is bigger in Texas" certainly applied to the uniquely American RV market where choice and size abound. To hone in on the best choice, the pair did what well-educated, business savvy millennials would do: they got out the whiteboard. Their pros and cons analysis distilled down to the best choice of the Winnebago Travato. It was exactly what they were looking for: small, agile, easily drivable and enough breathing room for an extended journey.

Now, with each mile change on the Travato's odometer, America unfolded in front of their windshield. Delta blues, barbecue and southern hospitality became savory roadside explorations as Brian and Gisele meandered across the deep south. And, in the middle of their discovery of all this southern comfort, an unexpected snowstorm pushed into Mississippi where the surefooted, front drive Travato left it's first paw prints in the snow.

The surprise snow was soon pushed aside with the faint western breeze of spring. It was now time to turn into the wind and trace the route of the Southern Pacific railroad towards California set to the soundtrack of the Beach Boys. 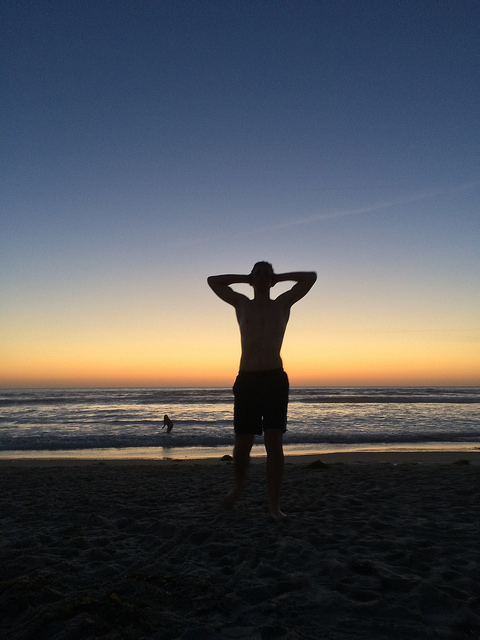 Celebrating their first west coast sunset by boondocking at the beach.

After a rendezvous in San Diego with Spurling's mom, Brian and Gisele steered the Travato to trailheads throughout the west for backcountry hiking, canyon rappelling, and one natural eye candy moment after another.

And while many of their destinations inspired with timeless geologic awe, there were some very contemporary stops along the way, too. As readers and viewers of the Twilight series know, author Stephanie Meyer's tales are set in the small town of Forks, Washington on the Olympic Peninsula which proved to be a very worthwhile, though rainy, destination. Throughout the summer and into the fall the outlines of California, Oregon, Washington, British Columbia, Idaho and Colorado were now being filled in.

Sprawling journeys of this nature often have profound effect on the traveler, and it certainly is no different with Brian and Gisele. The taste of adventure became even sweeter, their adoration of nature more ardent, and their appreciation and understanding of each other more knowing.

Taking a break from paddling on the Middle Fork of the Salmon River.

As it happens with all dreams, the wakefulness of reality ultimately reappears, and with the expiration of their travel Visas quickly approaching, these enthusiastic British adventurers have contributed a few more chapters of their own into the book of American discovery that continues to welcome explorers and dreamers of any age.