"A journey is like marriage," John Steinbeck once wrote. "The certain way to be wrong is to think you control it."

Now, Steinbeck happens to be my favorite author. Cannery Row, his book about the quirky people and adventures on California's Monterey Peninsula is near the top of my all-time list. It's a beautifully-written examination of a place and its inhabitants. And I happen to live about a mile from Cannery Row. So Steinbeck is my guy.

However, here I think he's wrong. For sure, a journey is like a marriage in myriad ways. Couldn't agree more. But that's another post for another time--probably around Valentine's Day. And certainly, any time you feel like you're in control of a relationship, you're bound to be corrected.

But controlling a journey. That's always my goal. I design our RV excursions with precision. I dot every I in Mississippi. I cross every T in Teton. I attempt to control every controllable aspect before we set off in our Flying W. And it works for me.

Don't get me wrong. Impulsiveness is a magical component of travel. Freedom is the gift of the open road. I often say that the best thing about a house on wheels is the ability to travel at your own pace, on your own terms. But I like to describe my process as meticulousness that leaves room for spontaneity. In other words, plan well so that you can enjoy the unplanned moments.

Take this photo, for example: 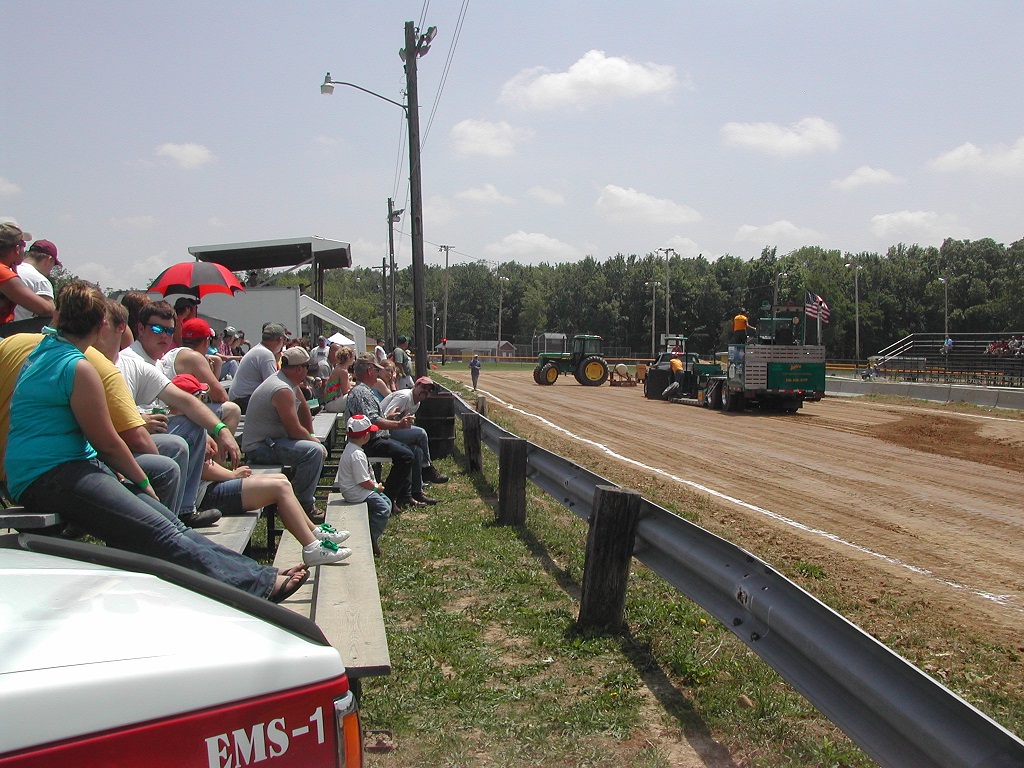 In the third of my trilogy of travel memoirs, Turn Left at the Trojan Horse, I spent several months researching my journey--the places I'd go, the people I might find there, the Greek mythological stories that accompanied me on my excursion--before I even hit the road. As I cruised through Ohio, on my way from Pandora to Homerville (see the theme?), I passed through the little hamlet of Delphi. And it just so happens that a tractor pull competition was about to begin.

Because I knew exactly where I was going, how long it would take, where I planned to stay and what I was looking for, I knew that I could pursue the option of a brief afternoon detour. By immersing myself in the planning, I could then immerse myself in a subculture that I NEVER would have experienced had I not set off in a house on wheels (a Winnebago Aspect it was, actually).

Or consider this snippet from this summer's 50-day itinerary: 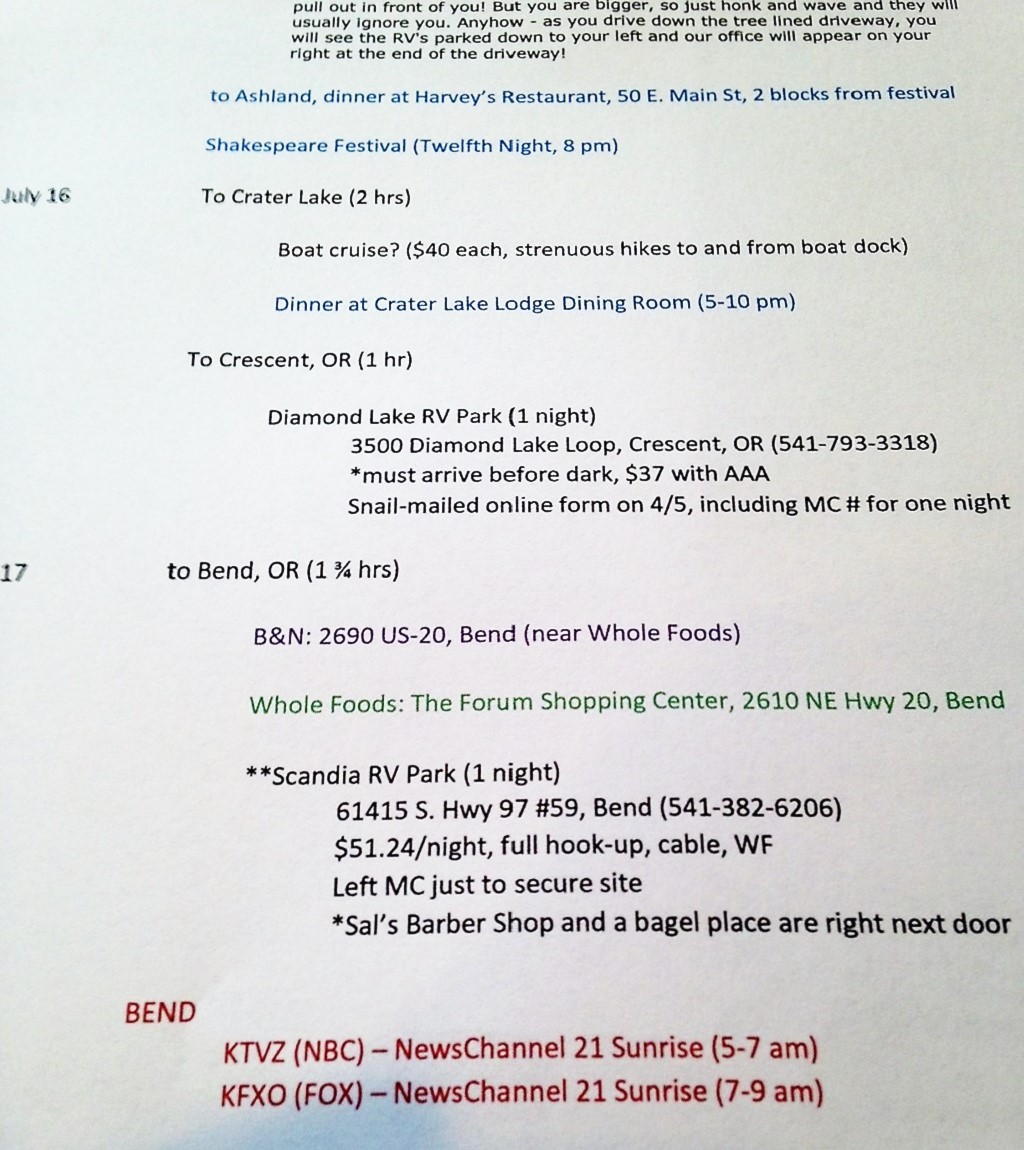 The type-A readers out there might be nodding approvingly. The rest of you might be rolling your eyes. But this is only one page out of about two-dozen. Not to mention a couple of folders filled with brochures and Web pages printed out about everything from dining in Grand Canyon to sights to see in Seattle Center.

Ours is generally a fast-moving summer, and we like it that way. We move from place to place because that's our annual summer task as spokespeople for the RV industry (we generally stop in about 20 media markets and do TV interviews) and because we enjoy the BREADTH of the RV experience. I've often alliteratively referred to our trips as "Winnebago wanderings," but that's just poetic embellishment. We don't really wander. I know exactly where we're going.

So, as the above page describes, over the course of three days in central Oregon, I know that we have tickets to the Shakespeare Festival in Ashland on July 15. And I know that there's a good restaurant two blocks away. I know that it's a two-hour drive to Crater Lake the following day, and that a boat cruise is an option if we feel up to a (somewhat) strenuous hike. We'll have dinner at Crater Lake Lodge afterward, then we'll cruise to Diamond Lake RV Park, but their rules say we have to arrive before dark. The next day, it's 90 minutes to Bend, where there are a couple of TV stations that might have us on to extol the wonders of the experience. There's also a Barnes & Noble (I like to look for my books; Amy likes to take advantage of the WiFi) and a Whole Foods (we're big fans) and an RV campground that happens to be next to a bagel place and a barber shop.

Yes, we're more likely to opt for the bagels.

And yes, it's color-coded. Black for our travels. Blue for meals and shows. Purple for book opportunities. Red for TV opportunities. Green for shopping. Over the top? Perhaps. But you have to admit, it makes sense.

You're right to assume that the compulsive part of me might get uncomfortable when I come across things like this. 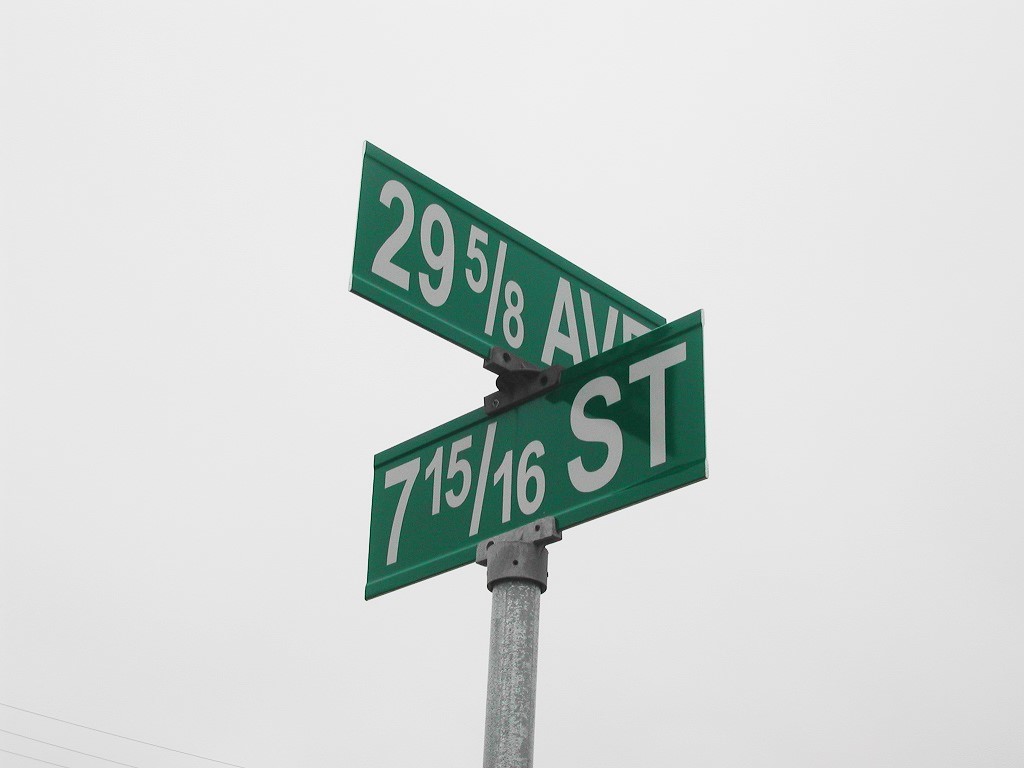 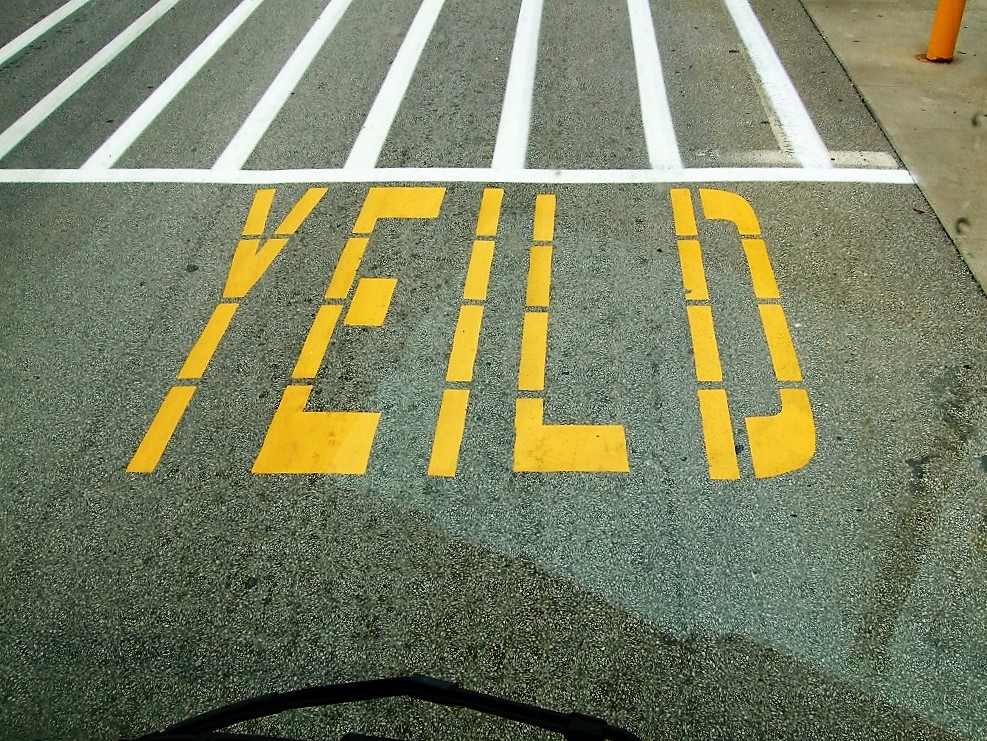 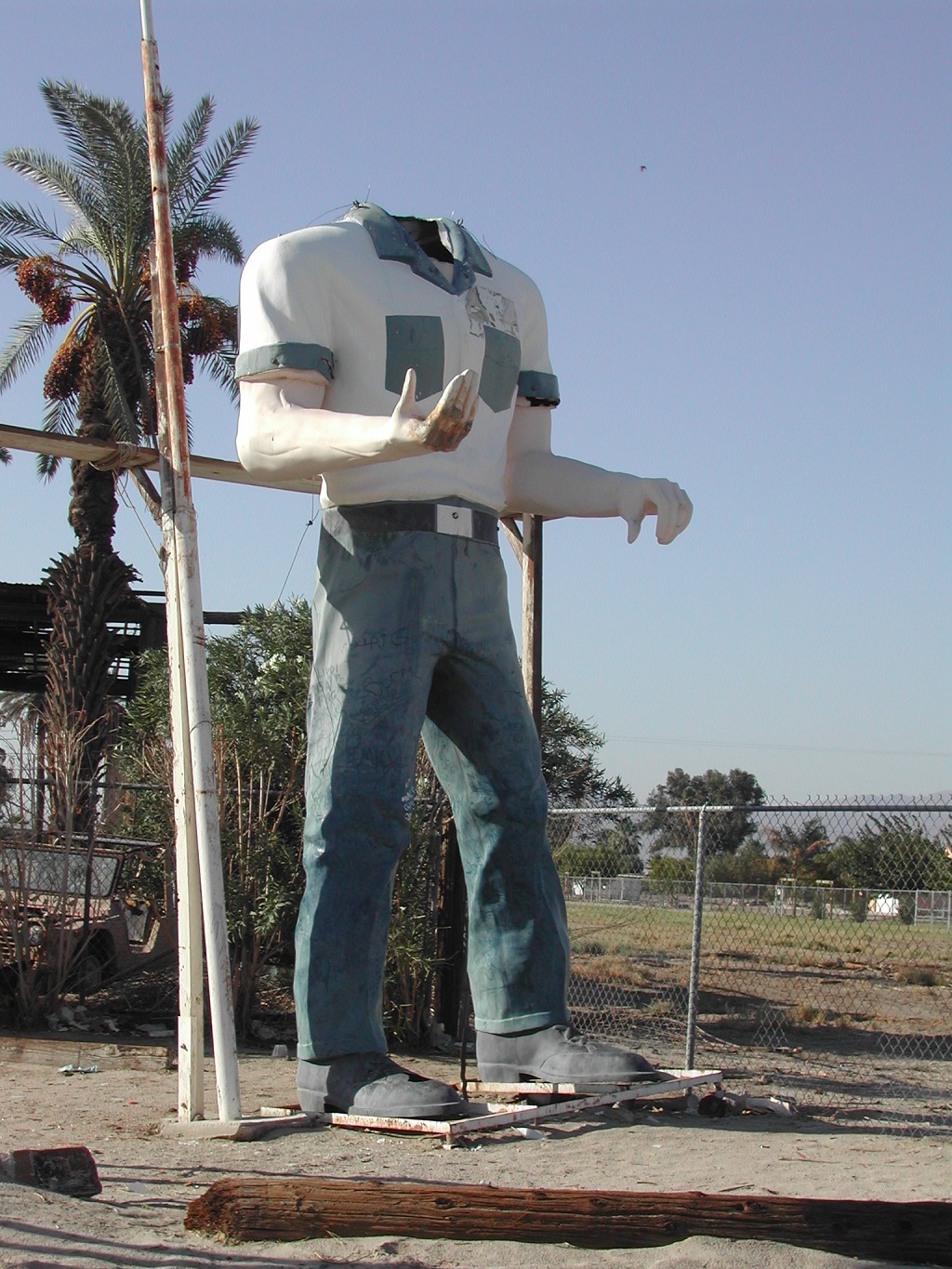 There is, by the way, a creative aspect to the sort of scientific way we go about preparing for our summer adventures. I find ways to schedule terrific experiences within the framework of our tasked itinerary. We're going from Phoenix to Las Vegas? I'll route us through Sedona and Grand Canyon. We're heading down the coast from Seattle? Well, a half-mile from the KOA campground in Willapa Bay is a place where you can pick up some fresh oysters. And between Sacramento and Fresno, there's a minor league baseball team called the Stockton Ports. And they have a game on the night we'll be passing through. And hey, that's funny--they're playing a team called the Storm. I'll write about it.

And Amy is the artist--she's now an illustrator along with being the brains behind our publishing company. So she always turns our carefully-constructed two-month itinerary into a visual version that accompanies us throughout. 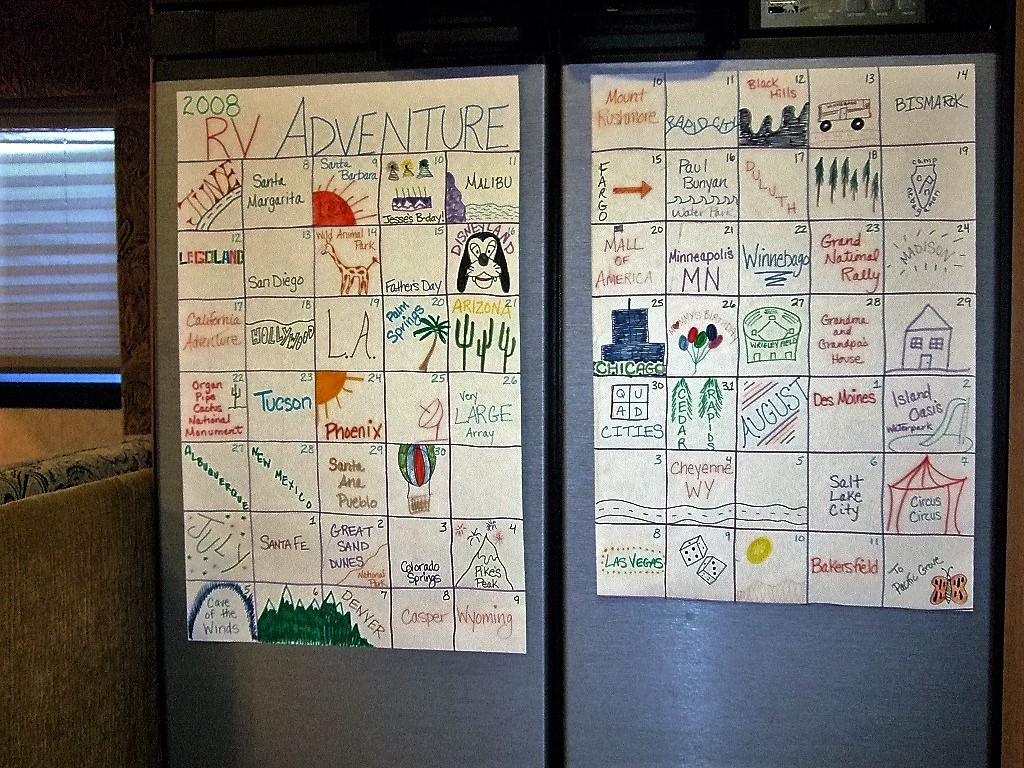 Packing is a product of preparation, too. Although we're now at the point where we could probably do it in our sleep, we have a list that we consult annually that assures we won't forget a thing--coffee mugs and cutting boards, batteries and bungee cords, napkins and nonslip shelf liners, flashlights and phone chargers. 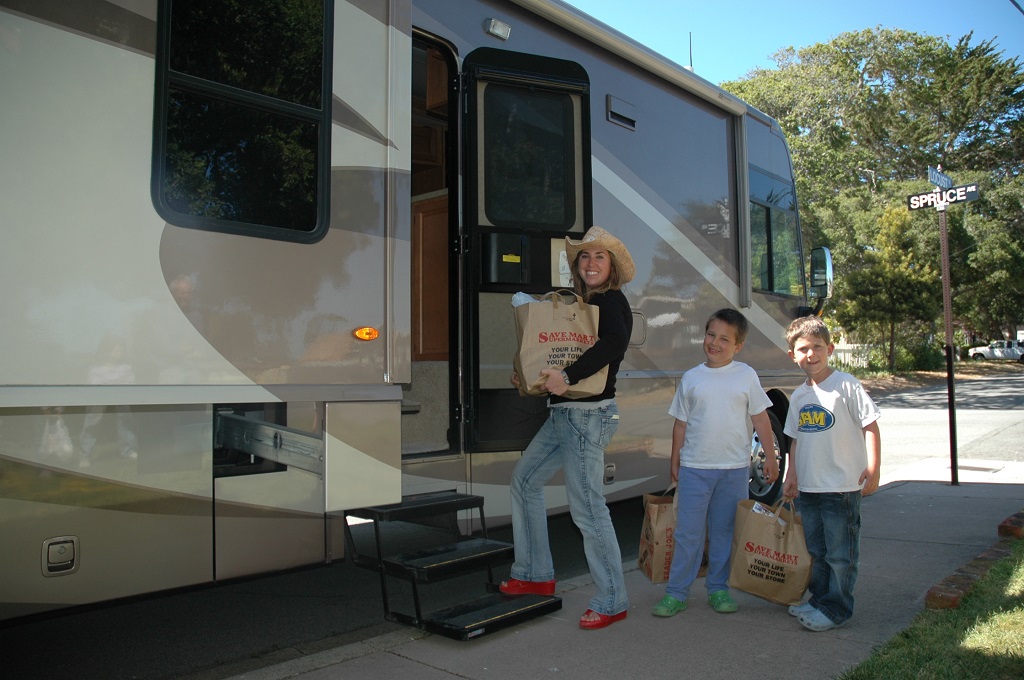 And we get creatively prepared there, too. Like the year, we decided it would be fun to include a packet of water balloons. When the time was right--I believe it was at a lonely RV park in North Carolina--we surprised the boys. Empty campground. Easy cleanup. Priceless smiles. 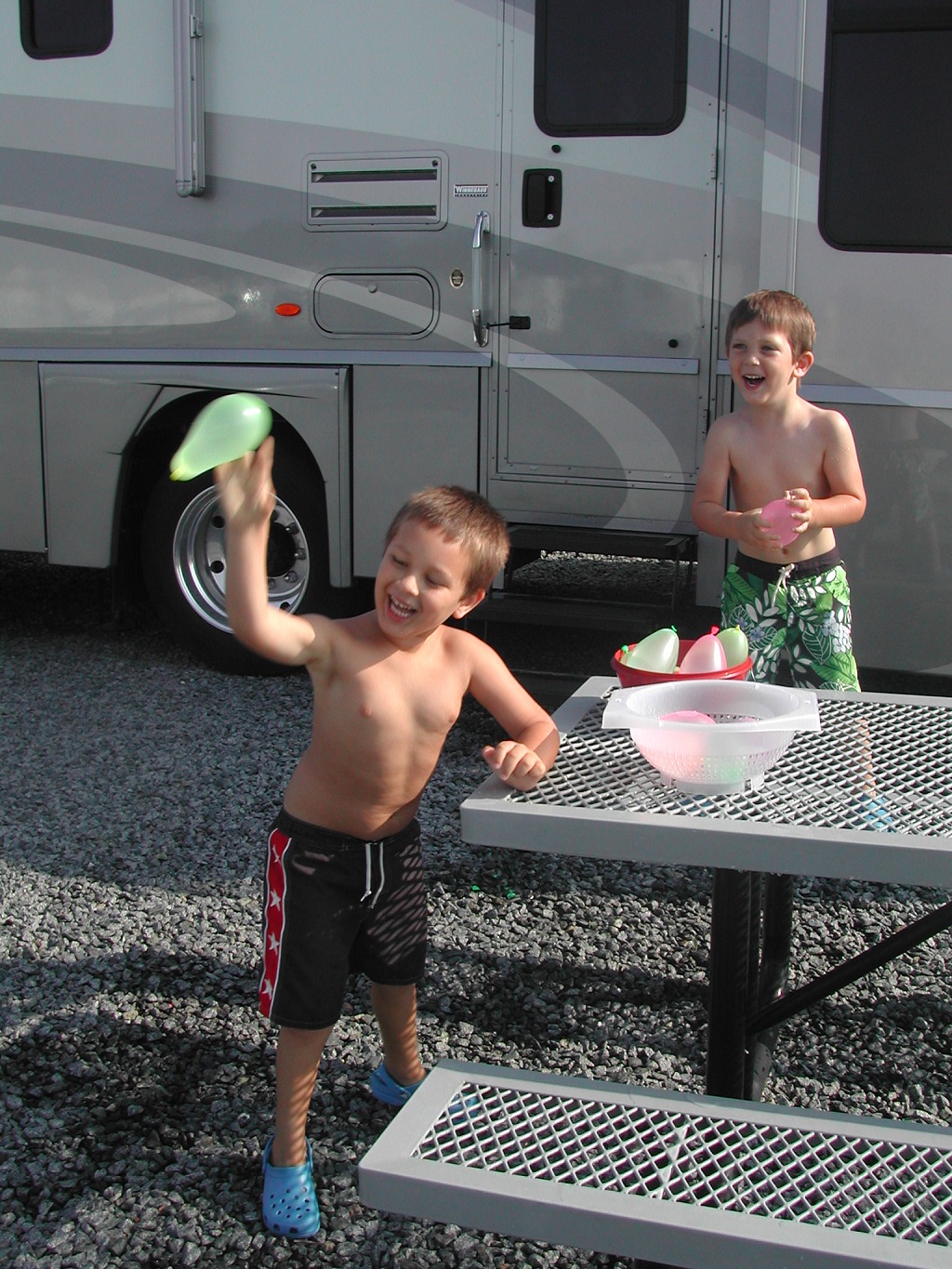 So there is a method to my madness. Or perhaps there is mad-scientist aspect to my methodical approach. But it hasn't failed us yet.

They say success is where preparation and opportunity meet. For us, it's out on the open road. There are those who travel seeking happenstance. And there are those who are focused entirely on checking off a traveler's to-do list. I like to think that we fall somewhere in between.

When you've got the lay of the land, when you're confident in your route, when you don't have to waste time deliberating about the details, then you allow space--in your journey, in your day, in your imagination--to appreciate the wonders that just happen by. 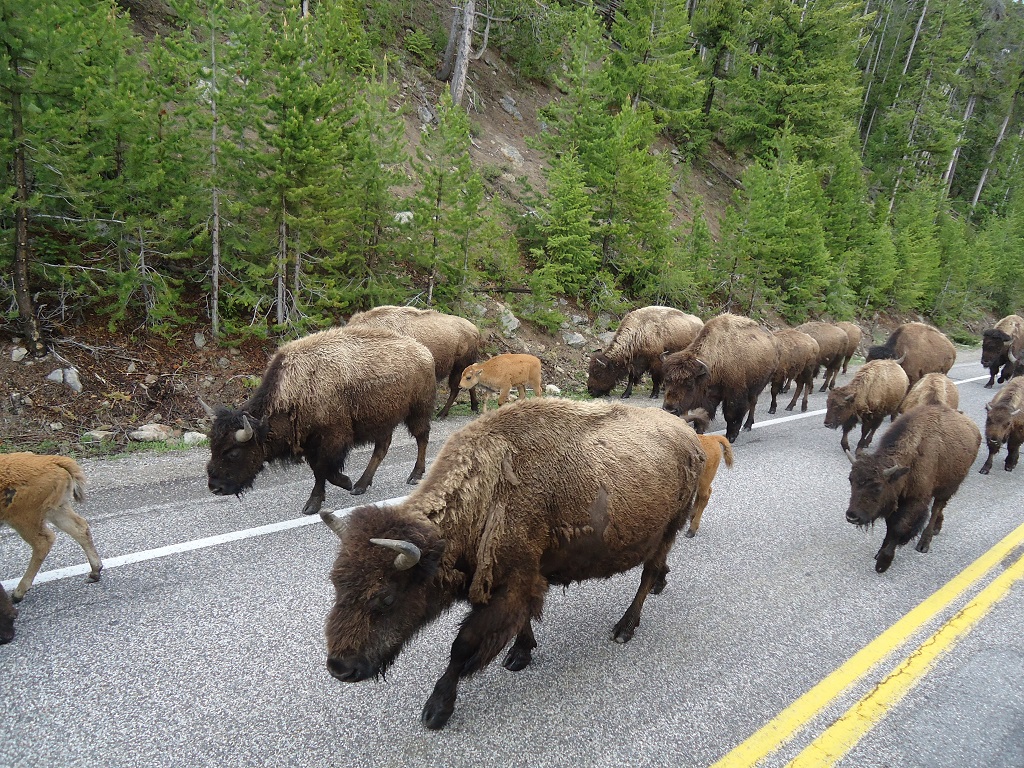 Or waiting out the rain and finding a reward at the end. 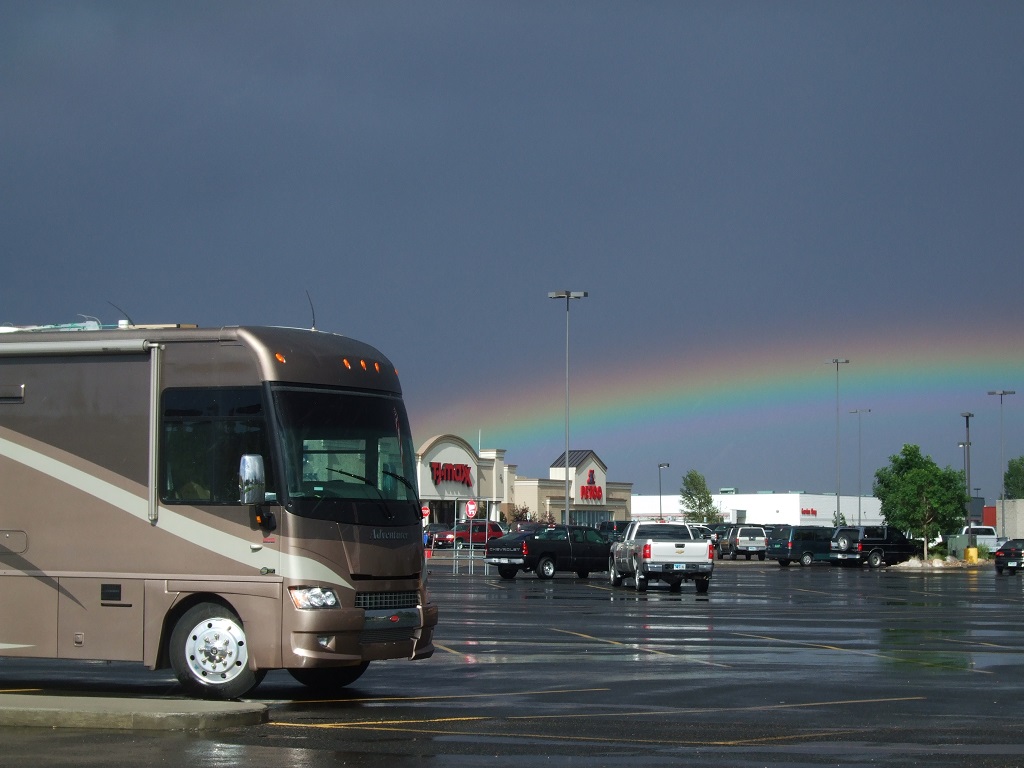 After all, here's another thing John Steinbeck said: "We find after years of struggle that we do not take a trip; a trip takes us."