This is not the RV full-timer story you're expecting, nor can Tynan (he prefers just Tynan) be stereotyped as a counter-culture iconoclast, trying to re-channel the flower power of the sixties in Haight-Asbury.

At age 33 Tynan has already traveled through several careers and much of the world. As you listen to his friendly, relaxed, and well honed narrative it's easy to lose sight of the single-mindedness, confidence and optimism he possesses which has allowed him to safely make 90 degree turns where just about anybody else would be sailing off the cliff into oblivion. Last year Time Magazine named Tynan as one of the 25 Best Bloggers. And in Tynan's blog world there's plenty of surprise, wit, insight, and inspiration to keep his 12,000 readers regularly returning.

Tynan lives full-time in San Francisco proper in his meticulously restored 1996 Winnebago Rialta. Fully functional, his Rialta boasts some finishes that, to say the least, were not part of the standard decor package nearly two decades ago. The description list sounds like something you'd have in an upscale home (which Tynan had): A granite countertop, zebra wood desk, tatami mat and futon, a home video projection theater, and arcing above it all, embossed ceiling tiles that intersect with a gold leaf cove. Gold leaf? Yep. It's something Tynan taught himself how to do, like just about everything else in his far from ordinary life. 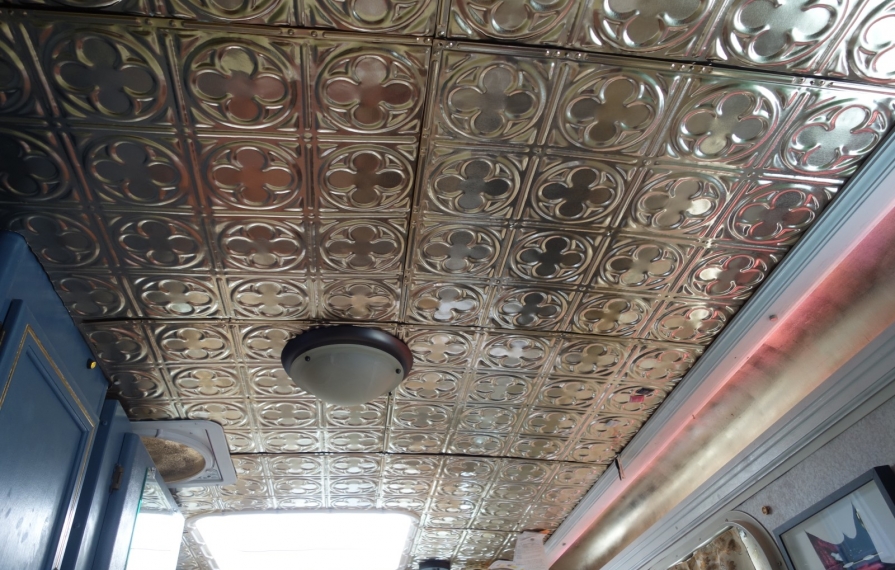 An early turn occurred mid-way through college when Tynan announced to his parents that he was leaving college to become a professional gambler. He readily admits that this came as very unwelcome news to his folks who were both the first in their families to go to college. Their hopes sank, but what at first looked like a step backward proved to be a springboard forward. Tynan was exceptionally good at gambling and slowly his family came to see his skill was far more intentional than merely a foolish whim.

Tynan's earnings would fuel a very comfortable lifestyle. He bought a three bedroom house in his home town of Austin and, with a mashup of post-teen desire and practical inventiveness, turned one bedroom into a home theater with stadium seating, and another into a computer server room. His eBay fueled spending style filled his home with all the pleasures that a semi-nerdy, tech savvy, man-child could want.

And then came another sharp turn: the move to a sleek, modern loft in downtown Austin without any closets required the shedding of several collected layers of "stuff." It's in this early part of the conversation that Tynan's zen-like observations about life start to reveal themselves. "There are obligations attached to everything you buy," he says offhandedly. 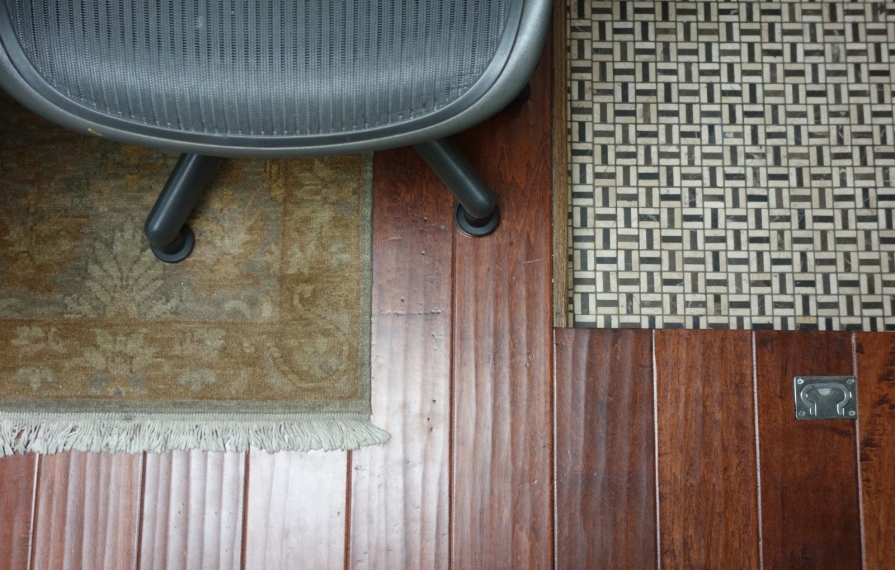 Right on the heels of that turn, the life wheel cranked hard again. So now there was loft living with less, and a girlfriend, and an R-Vision Travel Lite trailer for sale on eBay appearing on the horizon. Tynan's plan was to drive up to Colorado, buy the trailer and head directly back to Austin. His girlfriend negotiated a deal that if she came along, they'd do some exploring and camping on the way back.

On the return trip to Austin they had a blast walking across the powdery dunes at White Sands National Monument and descending into the cool subterranean magnificence of Carlsbad Caverns. Living and camping in the Travel Lite brought back not-too-distant memories of post-high school road tripping with friends in an old forty foot school bus. Suddenly, the loft life was out and the RV life was in with a lurching turn to minimalism so hard that almost all his well earned material goods seemingly detached from the hitch on a curve and disappeared in the rearview mirror.

Tynan found that he fully enjoyed the comfort and intimacy of a small trailer and it didn't hurt that he could park it close to Casa De Luz in Austin where the macrobiotic community meals are a part of a greater appreciation of a healthy life more simply lived.

At times Tynan's life turns were so sharp that only two wheels gripped the pavement when he set out to overcome being awkward with women and decided to attend a PUA (pick up artist) meeting in Austin that he describes as, "a therapy session where guys sit around in chairs in a circle." Of course in Tynan's world a new challenge requires deep study and mastery. From talking his way into a national pick-up artist convention in Chicago, to winding up living with "top of the industry" pick-up pros in a rented Hollywood home (once owned by Dean Martin), the group's adventures -- check that -- exploits, became a best selling book "The Game" by Neil Strauss.

By now you're probably getting used to anticipating more hairpin adventures with Tynan and the next spin of the steering wheel adds a co-pilot, his long-time friend (and now business partner) Todd Iceton. Todd's sense of adventure equally matched Tynan's, so when a "chuck it all, reduce our belongings to what we can carry on our backs and go travel the world" plan bubbled up, it seemed perfectly natural. That led to Tynan's book "Life Nomadic," which has become the trailhead for young people with the courage and inclination to set off on their own world adventure.

But, the road of this particular narrative requires that we return to the pavement and fast forward past the world travel interlude to Tynan's return to a more rooted life and the need for shelter and income. The shelter part got solved with the purchase of a 1996 Winnebago Rialta in 2008 for $17,000 dollars plus a full refurbishment. The income comes from book sales, affiliate income on products Tynan recommends on his blog, and from the growing blogging platform called SETT that he and Todd still spend their days coding on. 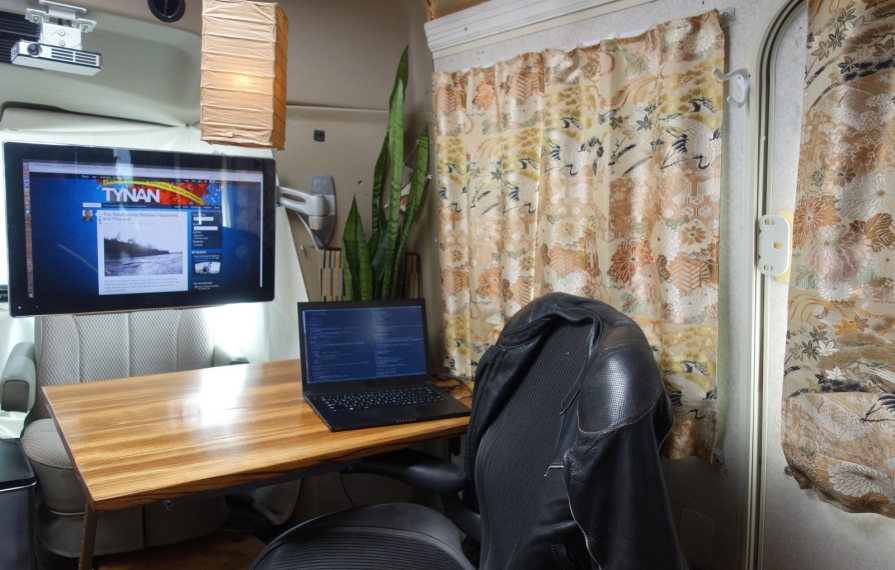 While Todd has an apartment, he frequently comes to work at Tynan's four wheeled home which is parked at an undisclosed location right in the heart of San Francisco. For a few years, the Rialta would spend its days and nights at various curbside locations with a weekly trip to an RV park to dump the holding tanks. That routine ended abruptly when the city cracked down on all kinds of overnight street camping. The policy was announced to Tynan with a thunderous and fairly hostile pounding on the RV one night by the SFPD. 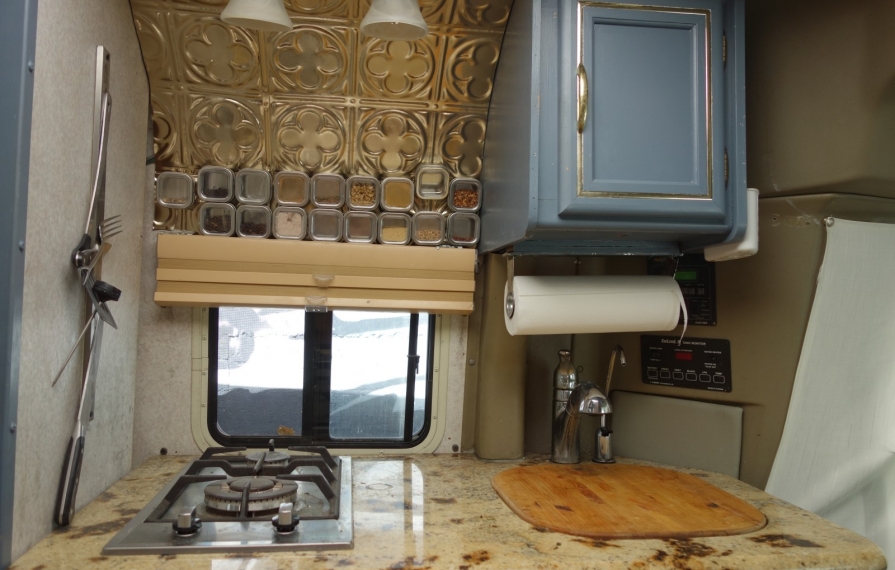 Today the Rialta safely resides on a rented space that also affords an electrical plug-in and the ability to pump the holding tanks into a restroom with a macerating pump. And while there's now less need to rely on the solar charging panel, a high-speed cellular data link is an essential home office item. Back at the Winnebago plant in Forest City many long-time employees will be very happy to hear Tynan's review of his Rialta, "It's genius! Perfect RV design." And apparently it's the rarest of rare things in the RV world - an appreciating asset. Tynan's been told it's now worth $5,000 dollars more than he paid for it.

With a passionately loyal following of readers, Tynan clearly is aware of his influence. He knows and has corresponded with others, who after finding his blog, have sought out and purchased Rialtas, some of whom now share their experience on their own blogs and YouTube videos. Though far removed from the mainstream RV experience, Tynan, and other youthful owners like him, may foretell one scenario of RV life in the future that's more minimal, efficient, but as equally satisfying as the experience shared by today's older RVers.

And what of Tynan's future life? It looks to be a "play it as it comes" strategy on a map yet to be drawn. The only certainty is that there will be more sharp curves. Plenty of them.

Here's a snippet from one of Tynan's blogs titled: "Stimulation and how I learned to love dishwashing."

"Every day, I generate a certain amount of happiness internally. I think about how fortunate I am to have good people in my life, great experiences in my past, and great challenges ahead of me. My experience of being alive on this earth is enough to make me completely happy every day. I'm not immune to outside forces, but I think of my happiness as a ratchet-- things can make me happier, but they can't make me less happy.

So when I'm washing those dishes, the positive aspects of that process make me a little bit happier, but the grime on my hands or the hassle of scraping burnt food doesn't have any effect on me at all. I let the positive parts cloud out those details. It's a work in progress for me, but I try to be fully present whenever I do anything, whether it's washing dishes or drinking tea with friends. It's that whole commitment to the present that allows me to see all of the positive details of each experience."

Visit his blog at tynan.com

Tynan has 3 books that are available from Amazon (click any title below to go to the Amazon site):