James and I just rolled out of the 2017 Grand National Rally, and as it always goes right as we leave, I've got "rally brain." You've caught me still feeling a bit soft and mushy, missing my rally buddies. 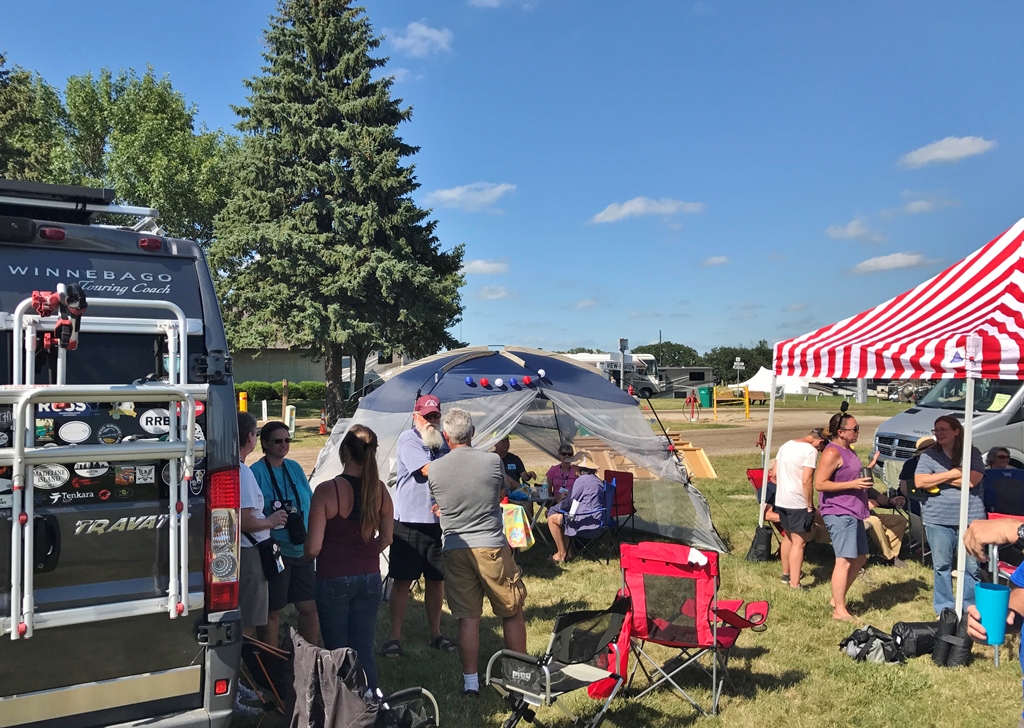 It's a strange feeling whenever we leave this annual rally, which always amuses me. Sort of like when a family reunion comes to an end. Except maybe without the part where crazy Uncle Bob stands waaayyyyy too close when he talks...

If you've never attended the rally, think of it like summer camp for adults. A time where we otherwise very serious and mature grown-ups can cut loose, get silly, make new friends, and do things we don't normally do... Like enter parades dressed in costumes:

If you were at the rally and saw the bright yellow campervan in the middle of the van row, that was us. We camped with a group called the Winnie Bs... named that way since we're a group of Class B campervans. 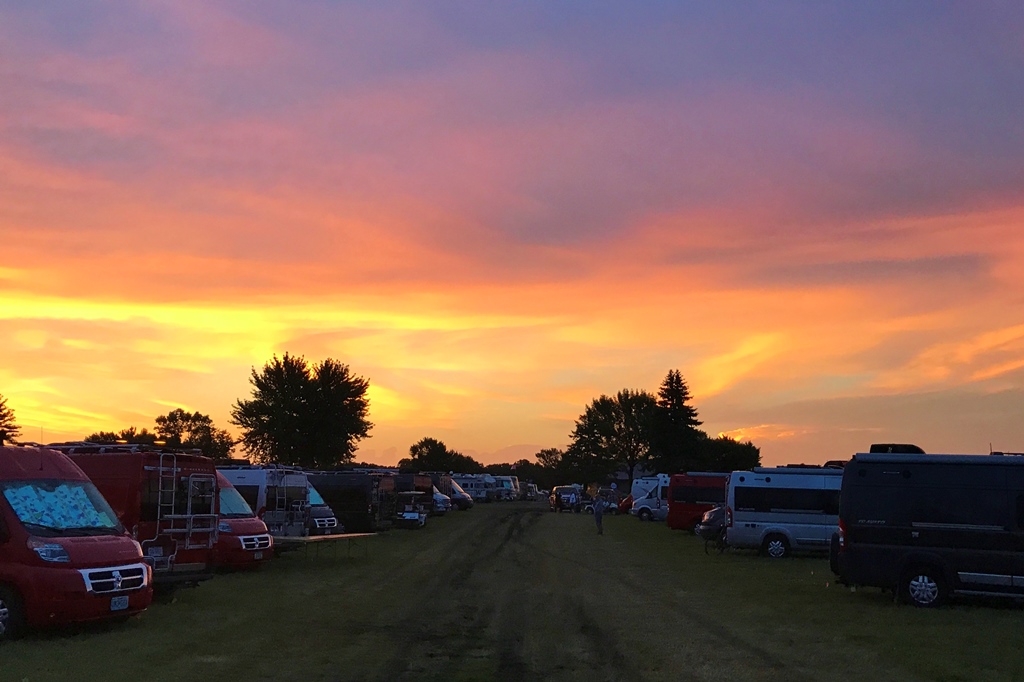 Winnebago's Class B vans actually aren't manufactured in Forest City, but rather down the road in a town called Lake Mills, so we van people have a warm spot for the Lake Mills factory. They celebrated their 3000th campervan built in the facility while we were there! 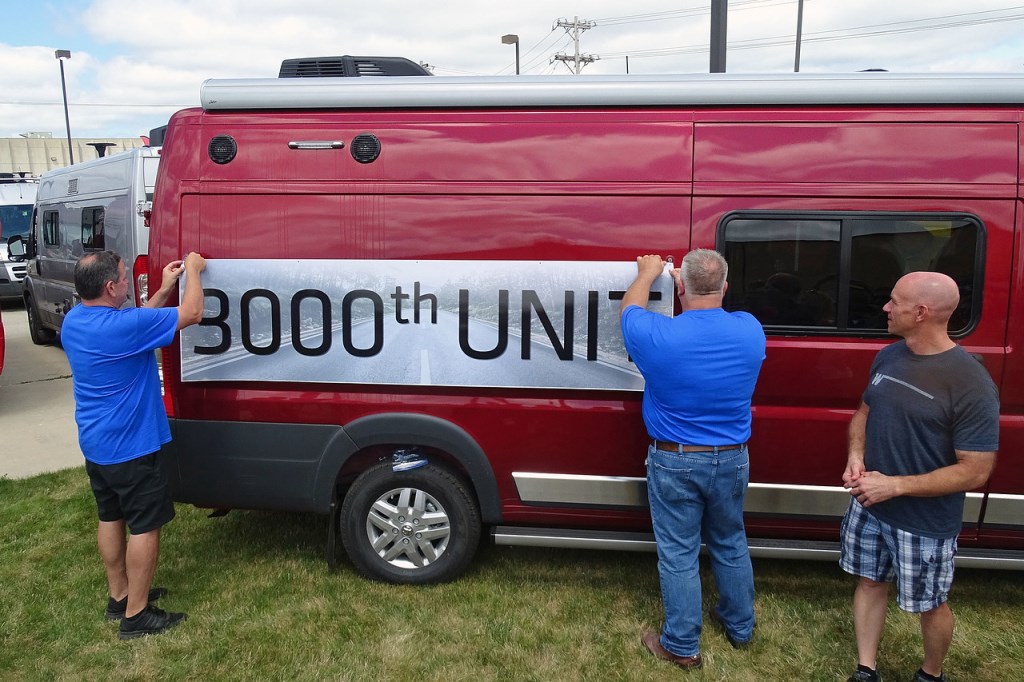 Probably the most significant rally events for James and me were the fitness activities we led each day. 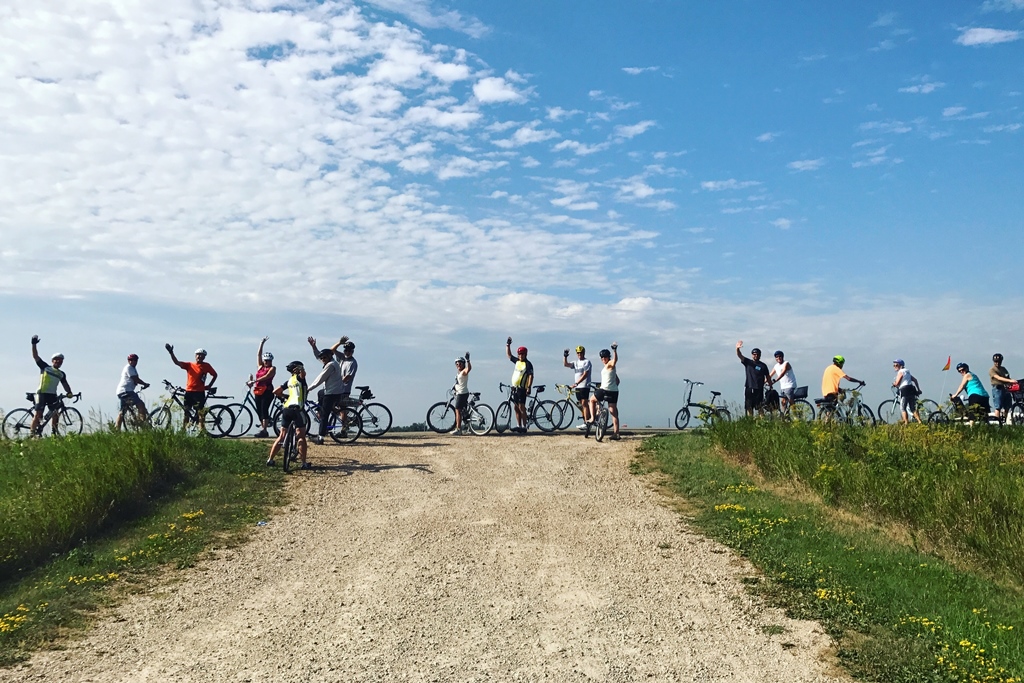 This year, I had the best turnouts EVER on my morning workout sessions. RVers are paying attention to their fitness, and I can't tell you how proud I am to see this health-focused shift.

The rally grounds are adjacent to the beautiful Winnebago River. 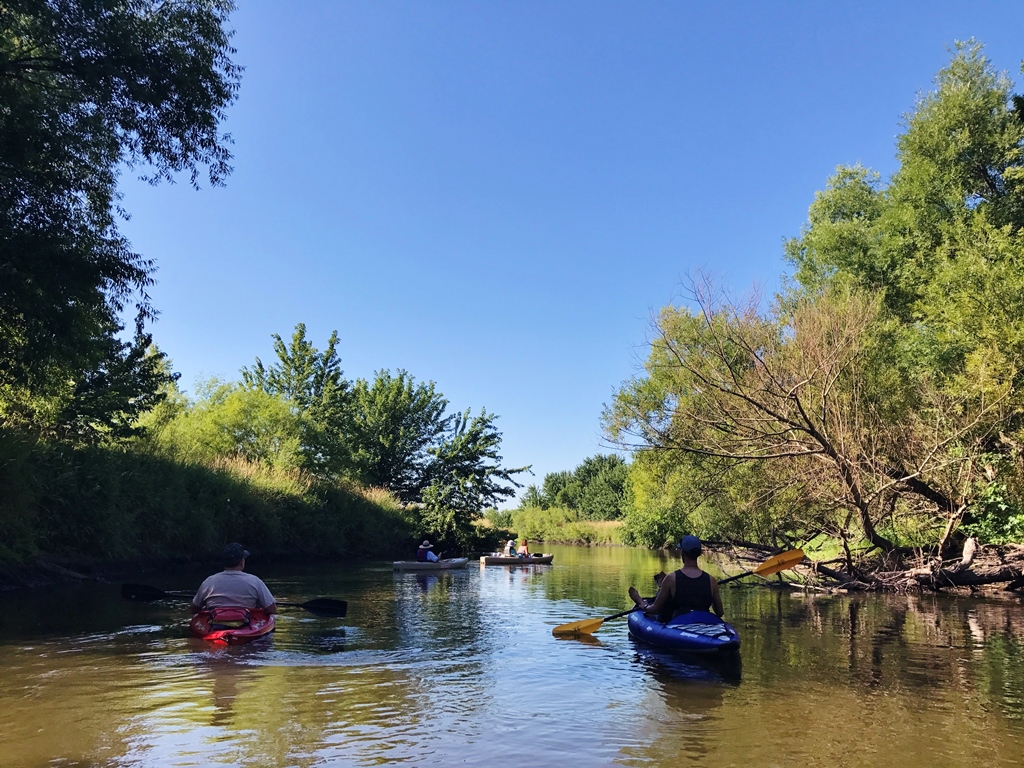 We joined a group of rally friends and spent a morning canoeing and kayaking our way down it... a definite highlight of the week. 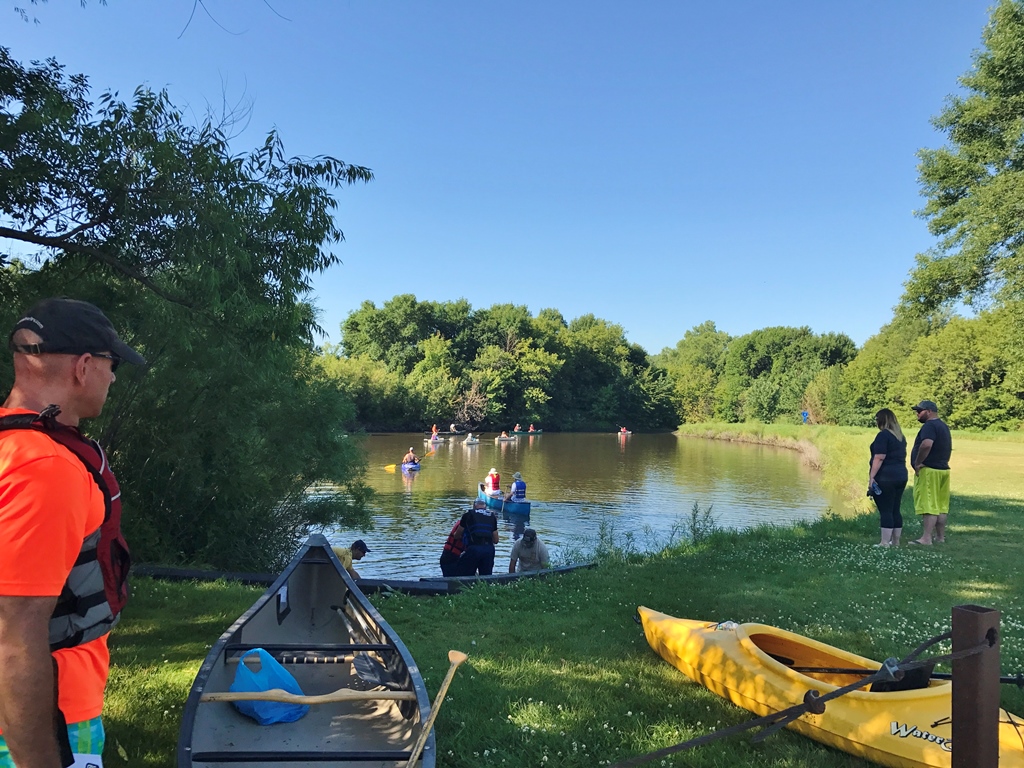 We did have one little hiccup during the rally... a damaging storm rolled through one evening. Straight-line winds going a bazillion miles an hour (they clocked the gusts at 66 MPH at the nearby airport) knocked down our Van Village tent area.

Luckily, the little beast of a storm (which I've since named "Hurricane Iowa 2017") was there and gone in about 15 minutes.

And how fortuitous is this?! That very night another fellow van owner rolled in who happened to have her own 10x20' tent in tow! One Van Village destroyed, another in its place 30 minutes later. Life has a weird way of working itself out. 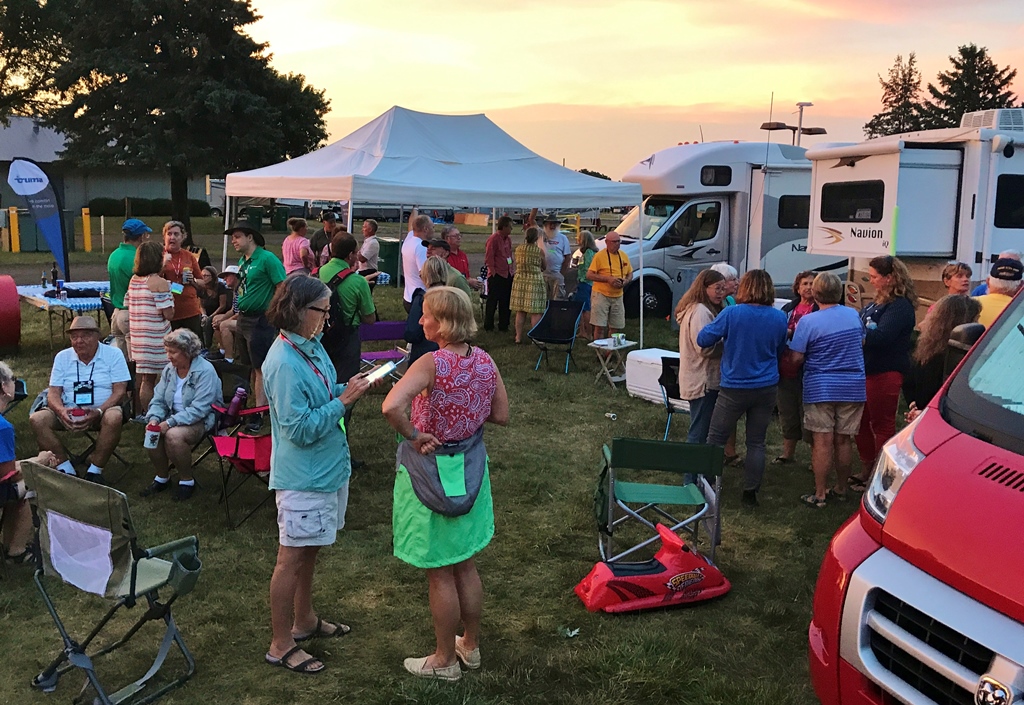 Once Van Village was restored, Truma, a German manufacturer of high-tech heaters and water heaters, hosted a German-style customer appreciation party complete with grilled brats, pretzels, and of course... beer. It was just what we needed after the drama of the storm. And as the sun began to set on the eve of Hurricane Iowa 2017, Mother Nature wasn't done with us yet. This time, she put on a different kind of show: 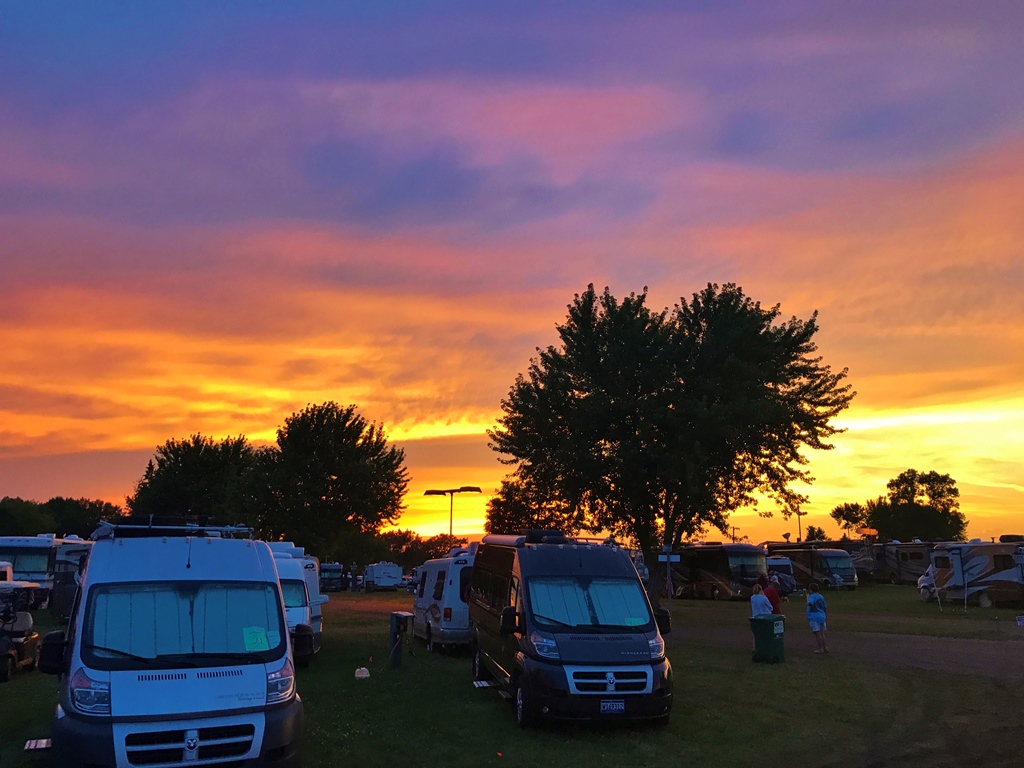 So, there you go... a little taste of our rally experience. Though really, I just skimmed the surface of what it's like there. Attending GNR completely revolves around the social experience, and all the activities packed into the rally schedule are a testament to that. You can paint with a group, compete in team trivia, attend a music concert, learn some things in an RV class, or even just hang out and have an impromptu social hour: 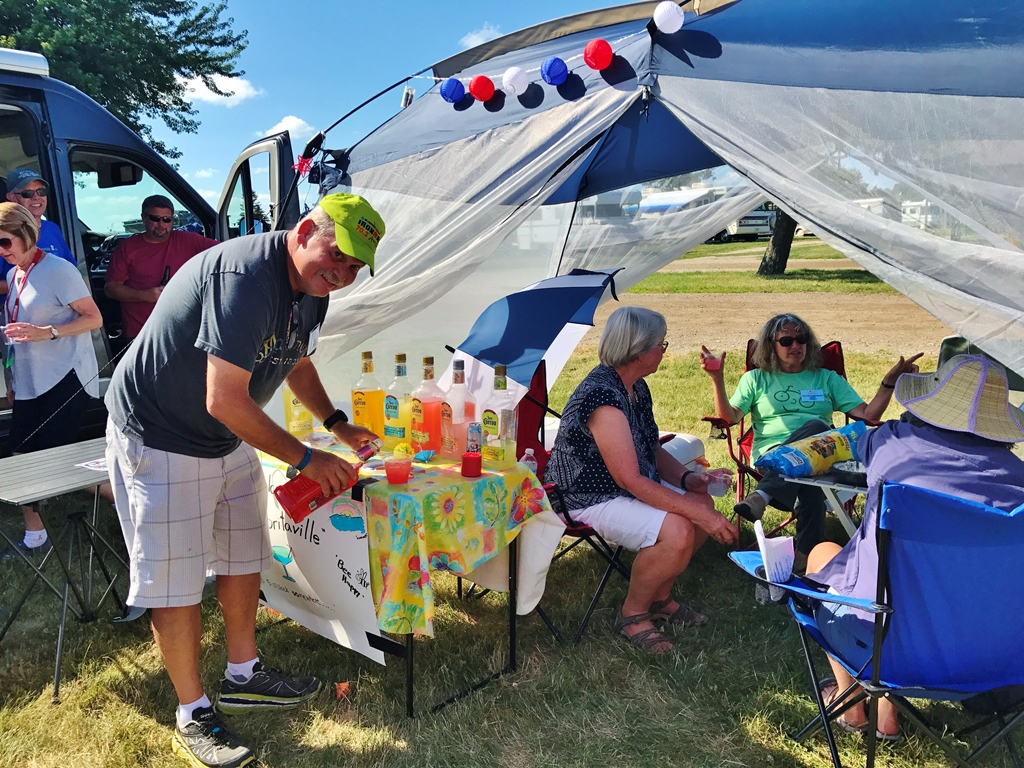 It's hard to explain the draw of GNR to those who haven't attended. Parking for a week in a giant field in Iowa sounds strange, I'm sure. But once you attend, something indescribable happens. You end up bonding with some of those around you, right there in an unremarkable field in Iowa...all because of your common love of the RV lifestyle. I'd say it's close to magical.

Learn More about the Winnebago Class B Lineup