Learning to Live in an RV as a Couple

It goes without saying that living in a space that is exponentially smaller than your average house may test your relationships.

The shower is tiny, the bathroom is tiny, and the bedroom is tiny. Besides your basic amenities and a small touch of your own personal flair, an RV offers a place to eat and sleep.

There are a few primary ways Jeremy and I have learned to practice more patience with each other (more so than when we lived in an apartment).

For starters, buying a rig, no matter the size, meant we could only take one of our two vehicles with us. Back home, Jeremy had a truck and I had a hatchback. Well, it didn't make sense to bring the truck since it only drives two people, so that was an obvious decision. But on days when we both have a lot going on, being without a vehicle is more noticeable. 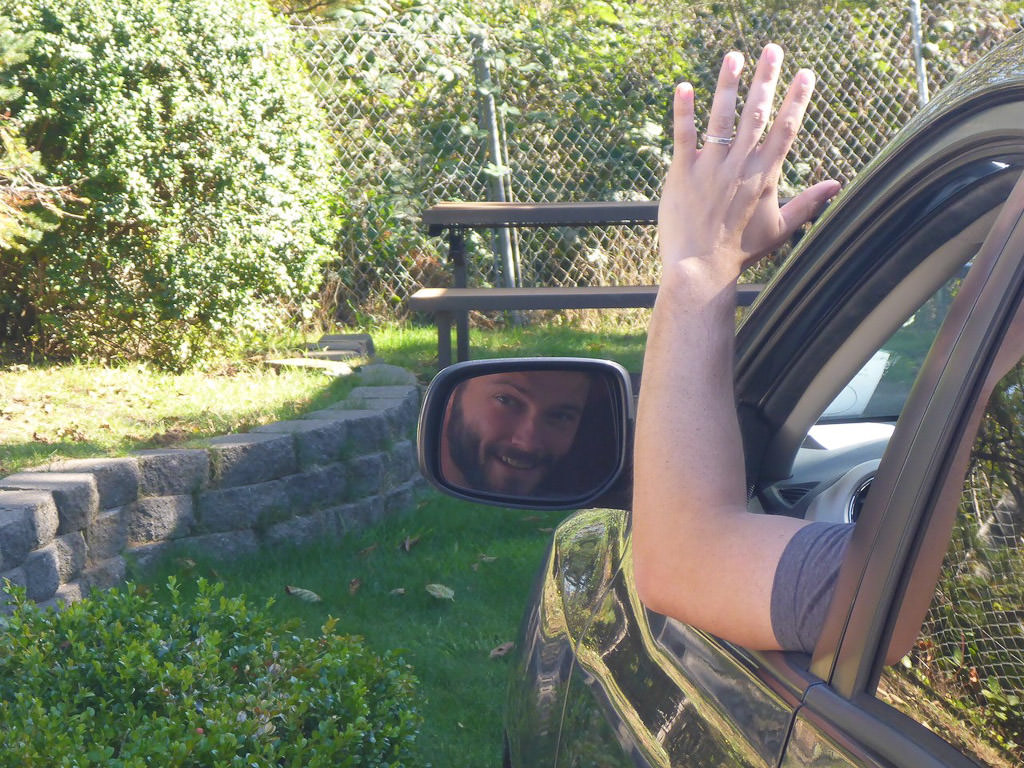 Jeremy's work is half an hour away and I work from home so, of course, I had to be accommodating. Luckily, we live in an RV park close to our town's center so that has been super convenient.

We both got in our own rhythm and learned to adapt to one another's needs. Overall, the car thing was pretty easy to get over. 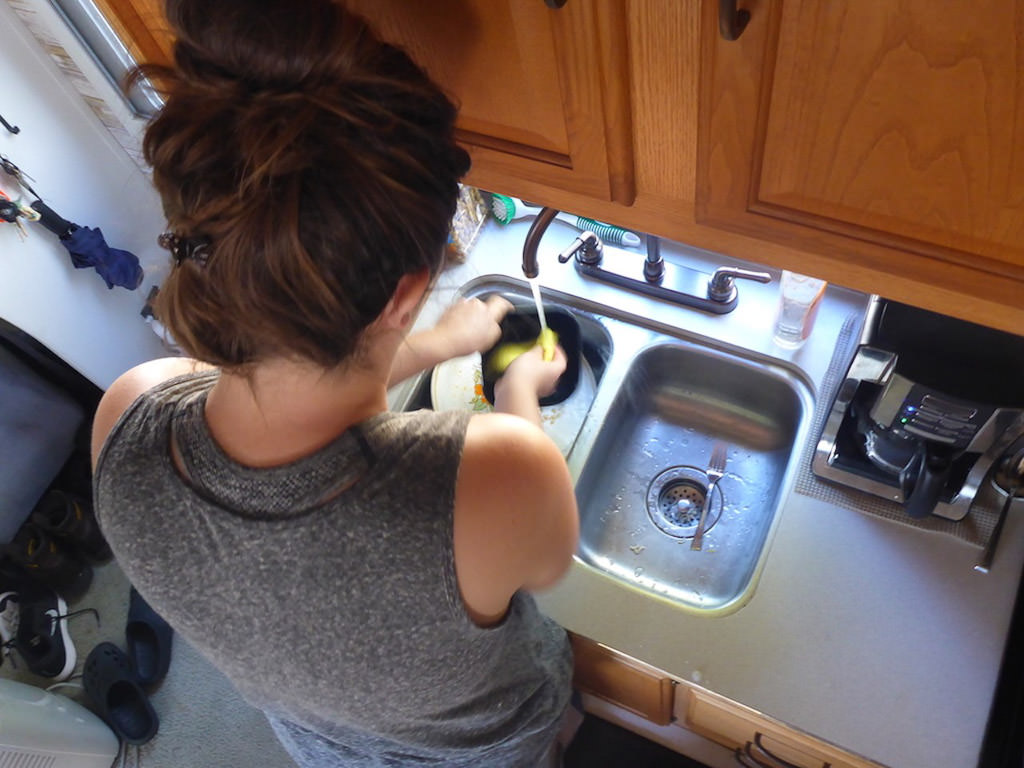 Now, we share the sink "equally" and the bed is oftentimes a free for all, especially when nature calls late at night. You learn to forgive one another pretty quickly for encroaching on each other's space, but most of the time you realize you're a couple and it is good to share anything and everything as needed.

Jeremy gets up at 5:30 AM every morning. Every. Morning.

At first, this was a shock to the system for both of us. 5:30?! The sun is not even awake yet, why do I have to be? It took some getting used to, but we've both adapted well and have a better sleep schedule because of it. 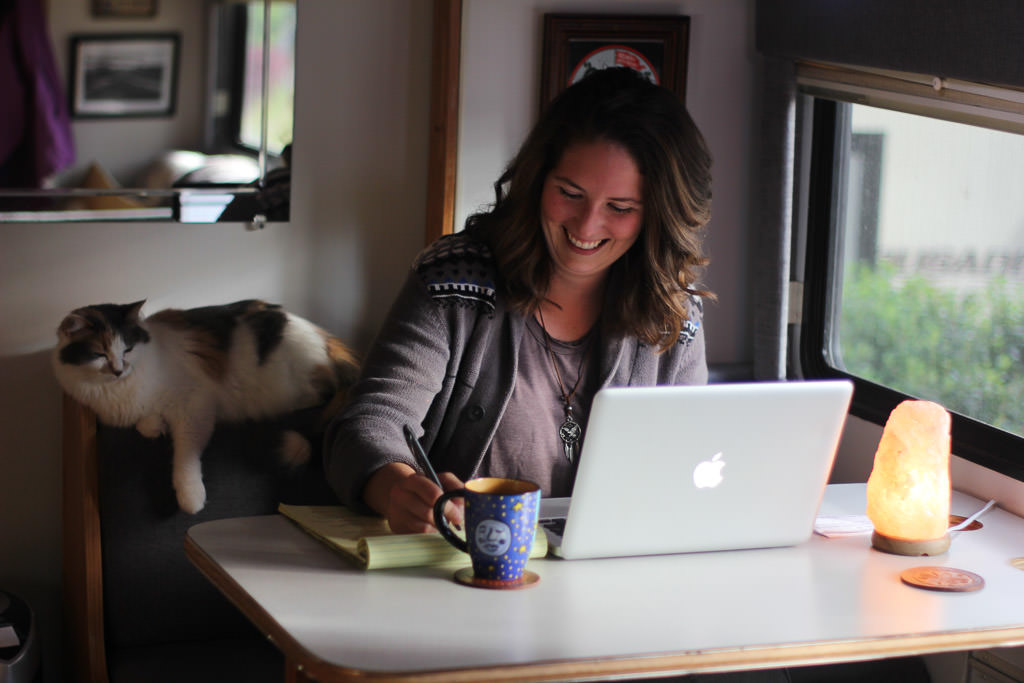 Because I work from home, it makes the most sense for me to be the primary chore doer. Yes, that is now my official title.

I jest, but I really don't mind. I enjoy getting the rig to where it needs to be. Vacuum, cat litter, dishes, laundry, organizing... whatever needs to be done, I make sure it happens. 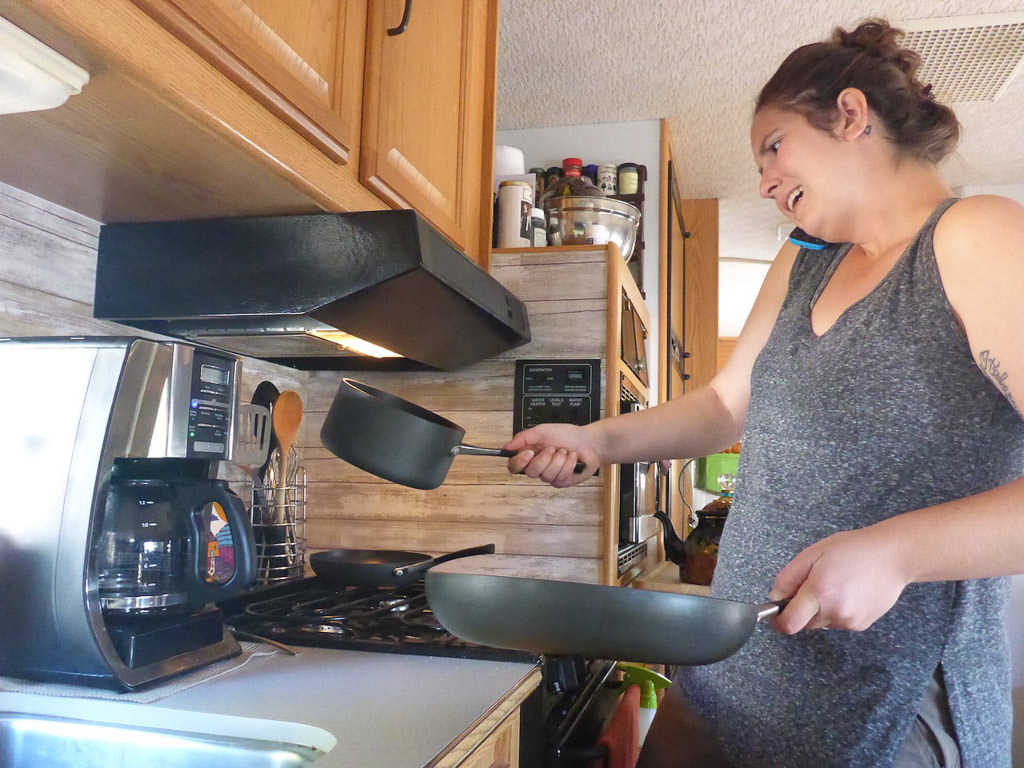 This was not the case when we first started living in the rig. Jeremy would ask me to do something and I would nod my head and be on with my business (undiagnosed ADD or OCD, I haven't decided). Well, after a couple days of me not paying enough attention to remember, we made an agreement that whenever he thought of things for me to do he'd make a list and put it on the dinette.

This small idea has worked out really well for us. Instead of feeling guilty for forgetting what he asks, I check the dinette each morning and am sure those tasks are completed when he gets home in the afternoon.

Since his day starts early and ends early, we've also adapted to eating dinner earlier. I've been busy working as of late so I started using an at-home delivery food service, which has worked wonders for us and our schedules.

You would think that over time a small space would make us feel encapsulated, claustrophobic. I'm here to tell you that, yes, at times it feels a bit small (middle-of-the-night potty breaks, anyone?). But our rig has become more like home every day. We've even talked about downsizing further! 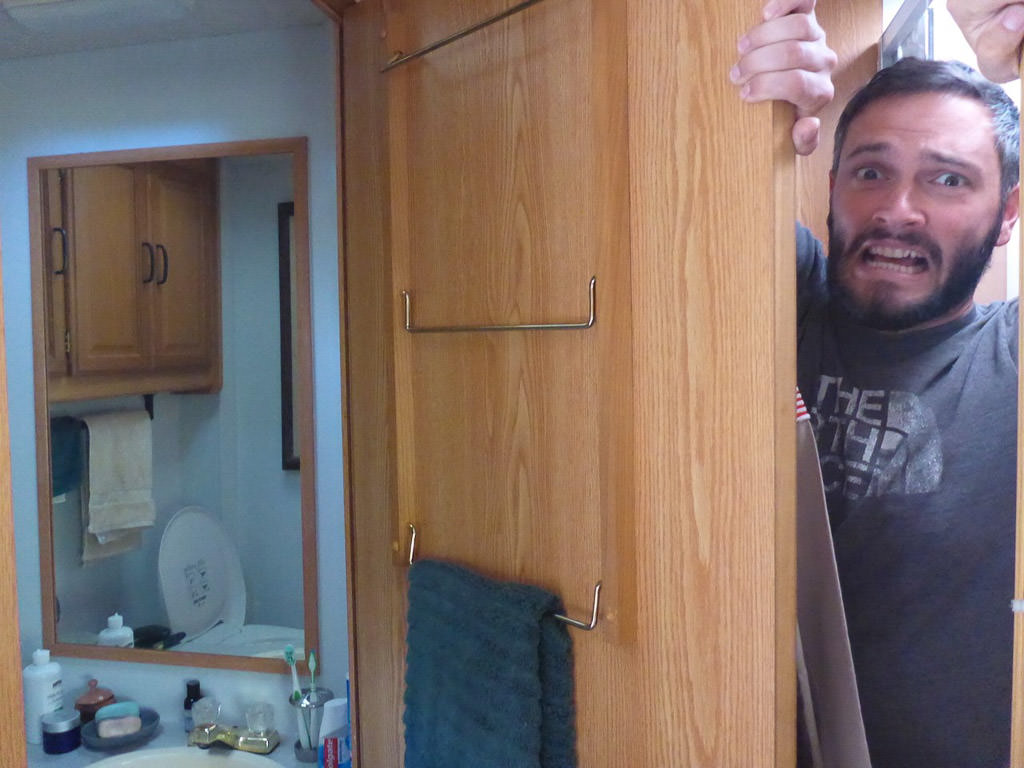 It's hard to believe that what was only a dream a year ago, is now our reality for an indefinite amount of time. There are trying days, but they normally don't have anything to do with how big or small our rig is.

We're still human whether we live in an apartment or an RV. Living as a couple is always about forgiveness, grace, and adaptation no matter where we call home.