Finding Comfort in a Winnebago after Hurricane Florence

Special thanks to Winnebago owner, Linda Register, who was kind enough to share her unique story.

For most people, prepping for a hurricane includes stocking up on necessities, bringing in outdoor items, filling up your gas tank, and maybe even boarding some windows. But, for Donnie and Linda Register, hurricane prep always includes prepping their Winnebago as well. While an RV is not the place you should be riding out a serious storm, they realized years ago that the generator makes it perfect for afterwards -- when power is out and everyone is regrouping. Plus, it is comforting having it ready to go in case they do need to evacuate.

Prepping for the Storm

So, when they heard Hurricane Florence would be coming right through their home town of Wilmington, NC, they got ready. During the week before, they stocked up on medication, water and food. They also filled up on fuel and LP for their Winnebago Aspect -- which they store next to their house for easy access.

Long-time RVers, this wasn't their first time prepping their rolling home. The Registers started with an Itasca Cambria, which they owned for five years before trading it in for the Aspect, which they have had for four years. When asked if they were worried the RV would hold up, Linda says: "We have used both our units as backup before, so I was confident that it could hold up to a smaller storm. This one is well built and we put the leveling jacks down to help stabilize the unit."

Initially, the Registers considered evacuating, but once Linda found out her parents would not be leaving, they decided to stay in case they needed to help. Plus, they would have room in the RV for all six of her family members in the area, if they all needed to take advantage of the generator.

Sure enough, power did go out at the Registers' house. So, they headed for the RV as soon as they could with their two pups, Harleigh and Jackson. Turning on the TV helped calm their dogs as well as allowed Linda and Donnie to stay informed with what was going on.

Linda describes that first morning after the storm as shocking and quiet. Everyone assessed the damage on their own property and worried for their neighbors. While the Registers only had a tree down and some minor damage to the roof, many others in the area lost everything due to flooding.

In the midst of the chaos after the storm, Linda and Donnie were excited to offer some comfort to their neighbors who also stayed. "Just to be able to do something as simple as invite people to come get a cup of coffee -- that helped," she shares. And her neighbors swore it was the best coffee they had ever had. "Simple things made the difference."

The Registers also charged battery packs for others to use for their cell phones, offered them hot food, let them cool down inside their rig, and kept up with the news. Their rolling home turned into a place everyone could gather to talk about what had happened and what would need to be done to help their community recover.

The Registers purchased their RV for fun camping trips with their pups, family and friends -- often traveling every couple of months to places like Colorado, Florida, and Illinois. However, they are thankful to be able to use their rolling home to find some comfort -- and share that with others -- during such a difficult time. After almost five days without power, having their Aspect nearby with a generator and all the comforts of home made a huge difference. "I would not have made it without my Winnie," Linda exclaims. 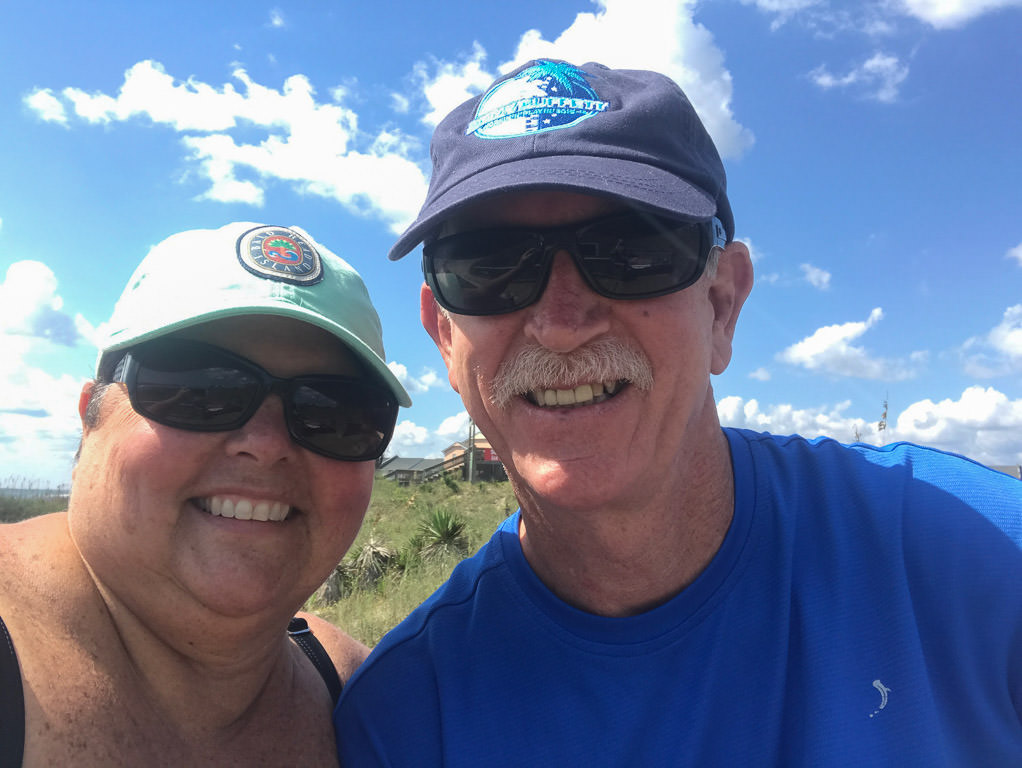 Interested in helping the communities affected by Hurricane Florence? The American Red Cross, Habitat for Humanity, and the Food Bank of Central & Eastern North Carolina are a few of the organizations accepting donations to help victims, but there are many other ways to help - including donating blood or volunteering your time.