Cruising with the Cruzes

In our 8 years together, at the time, we had traveled on and off via air, land, and sea throughout the U.S., Caribbean Islands, in parts of Central America, South America, and Canada. At one point, we decided to begin renting RVs a couple of times a year, to further explore the U.S. RVing was something we both knew was going to be a part of our lives, sooner or later. From a relatively young age, both of us had had past experiences with RVs, Liz recalls fond memories of traveling in a motorhome with her grandparents at an early age while Jay experienced the joy of RVing from the moment he was old enough to be able to rent RVs. It had become one of our favorite methods to travel due to the level of comfort and practically that a recreational vehicle offers. Prior to our daughter, Khaleesi, we were what some would call, "workaholics". We worked most evenings into the late hours and had to rest throughout the daytime. We loved what we did; it was fun and exciting throughout the years. However, the first time we began to question our lifestyle was when Jay began getting ready for bed as Khaleesi began waking up to begin her day. It was late September of 2014 and Khaleesi was turning 2 years old. We realized then that we were ready for a lifestyle change. What were we going to do? How was it going to be done? When were we going to do it? We honestly had no idea!

How did change come? It came in the form of a broken leg! 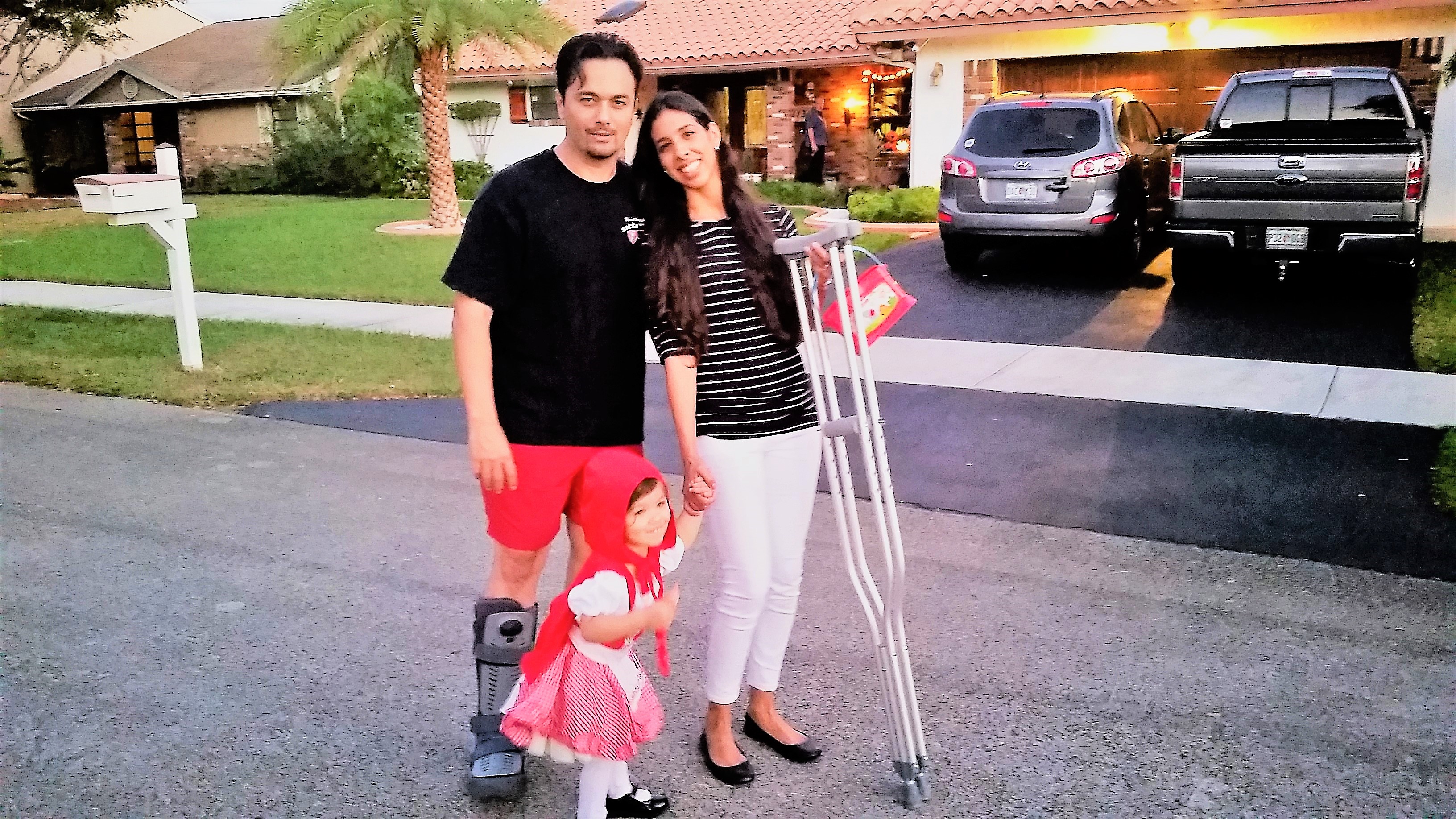 On October 9, 2014, while playing catch with Khaleesi at the beach, Jay dove to break her fall and his foot sunk deep into the wet sand. His foot, with having nowhere to go, snapped and fractured the fibula! Though painful at the time, it did force him to slow down and reflect on what was most important and valuable to us as a family. One restless night, in which Jay couldn't sleep due to the discomfort of a swollen leg, an epiphany came: "Let us do more of what we are passionate about and travel often." The next day, after we briefly discussed it, a decision was made to make our home a temporary vacation rental in order to have the house occupied while we traveled and at the same time generate an extra income. Not knowing at the time, the lifestyle transformation began! 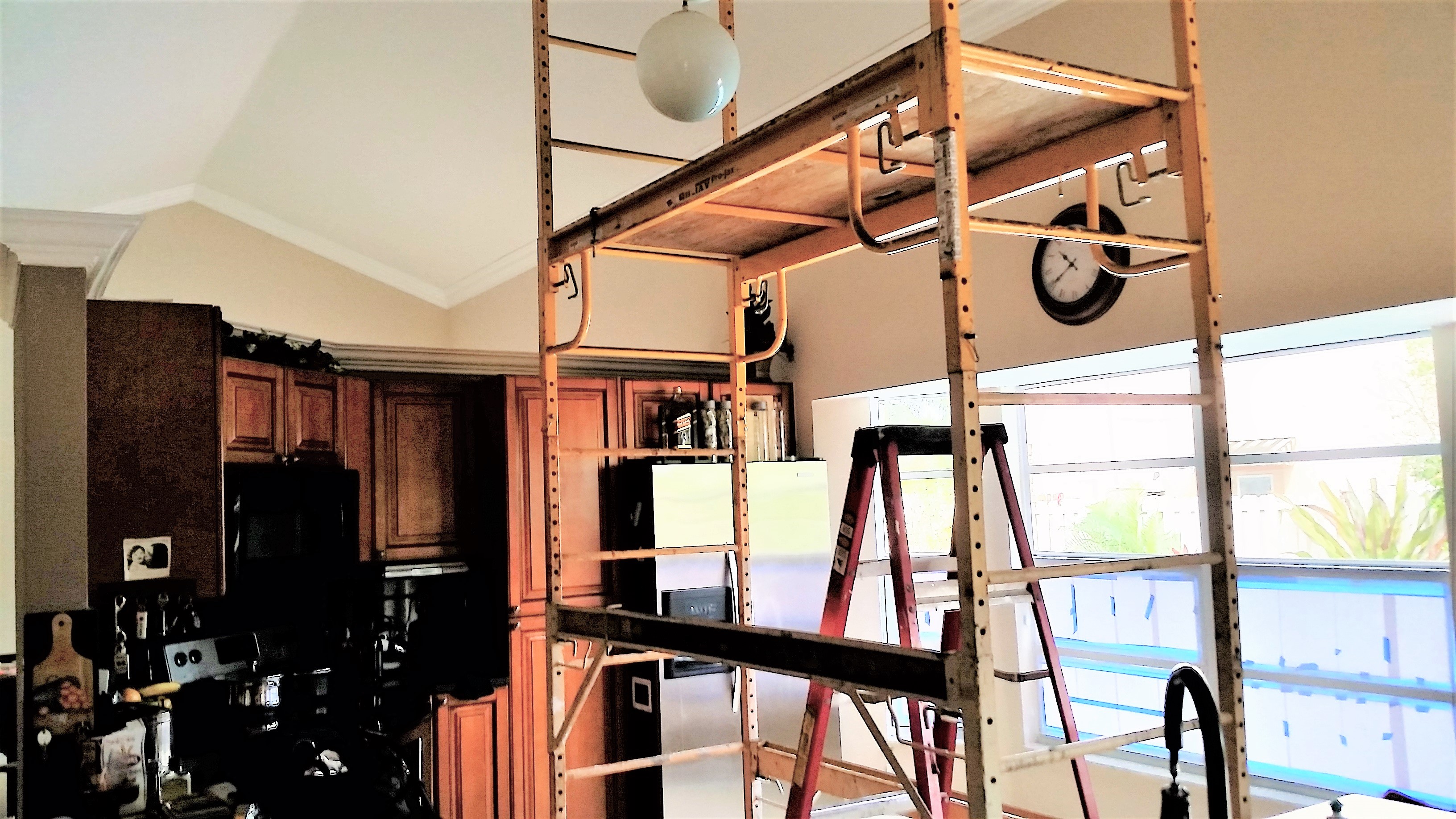 Renovations for our 4 Bd / 2.5 Ba pool home was initiated. As the preparation took place, our first booking was for a family to lodge for an entire month. Though the house was not up to par for a vacation rental, we were invigorated to accomplish this task.

As part of traveling more often, it was immediately agreed that RVing would be a must! Hence, the mission began for shopping around for an RV which would fit our budget and our restricted time frame prior to the new guest arrival!

Finally, on December 7, 2014, with just 10 days before the guest arrival, we found a used early 2000s Class A model RV by National. We were thrilled!! We immediately jumped into the renovation of the interior of the RV (carpets, upholstery, new mattress, equipment was needed). Having now less than 10 days to accomplish this new task, as well as finishing the house renovations at the same time, was no easy task! Was it stressful at times? Somewhat. Anyone who has renovated a home would tell you that the task itself has its own level of challenges and stresses that come with it. We, on the other hand, had the house, RV, new guests coming in, and Jay's broken leg. However, we were so invigorated that we were positively smiling and laughing more often throughout it all! As the date of the vacation rental arrival (Dec 16, 2014) came, finishing touches to the house and the RV were being made, all simultaneously. But soon enough they were done; keys were handed to the vacation rental guests, and we were off!!

We began venturing off in what was now our own RV!! The house continued being rented sporadically. However, after returning to the south Florida area on numerous occasions, we noticed that we were spending less time in our house partly because we were so comfortable in the RV, as well as not wanting to stop traveling! 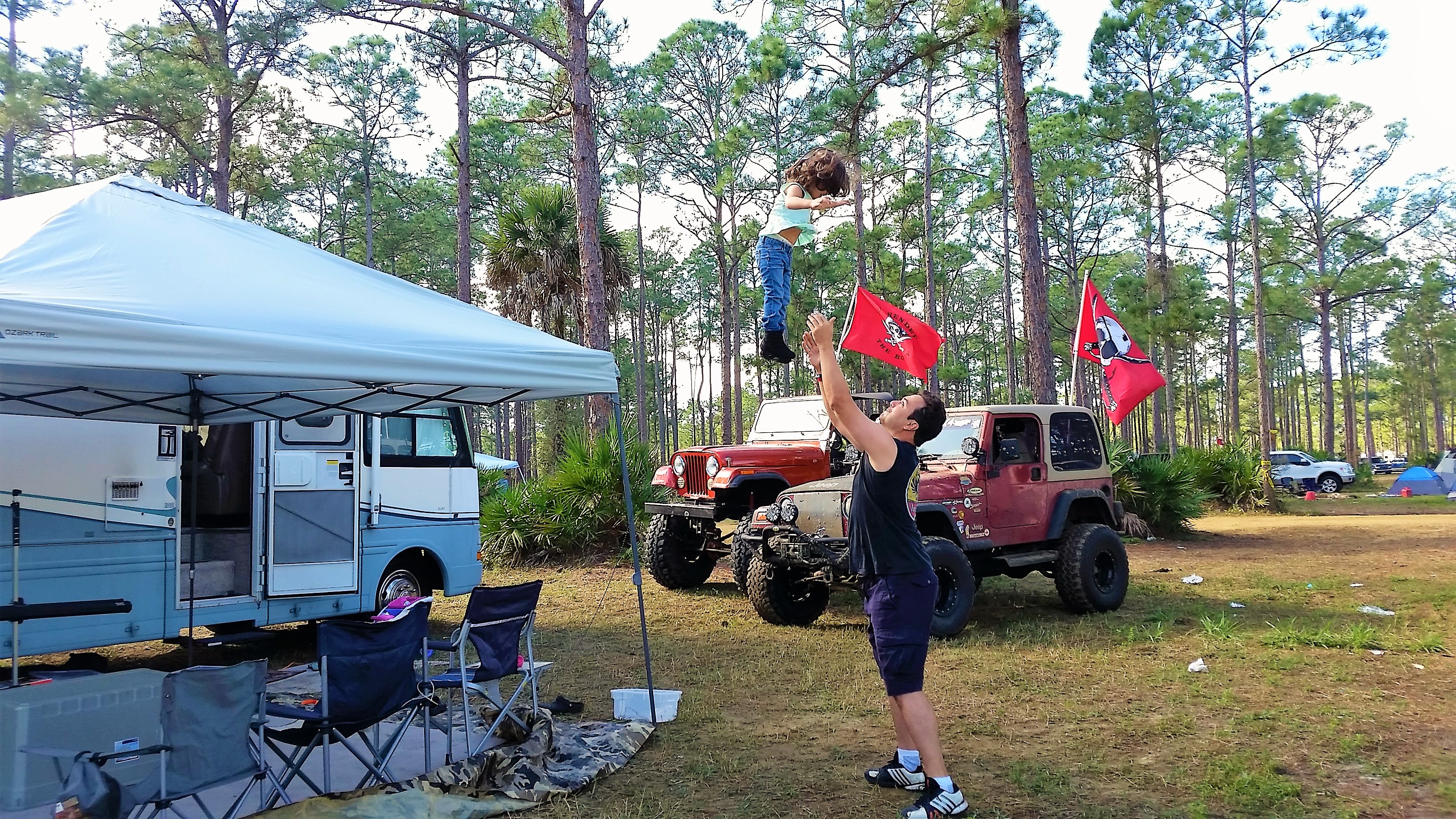 Our travels continued pretty much consecutively for six months and during the time, we possibly visited our house only twice in that period. Then, on June 2015, while staying at an RV Resort associated with an RV dealership, we went for a stroll and encountered a Winnebago Sightseer 37L and instantly fell in love with the floor plan! One thing led to another and that same day, the unplanned purchase was made. With lots of gratitude towards our first unit we traded it in and continued our journey with added comfort and amenities in "The Winn RV." 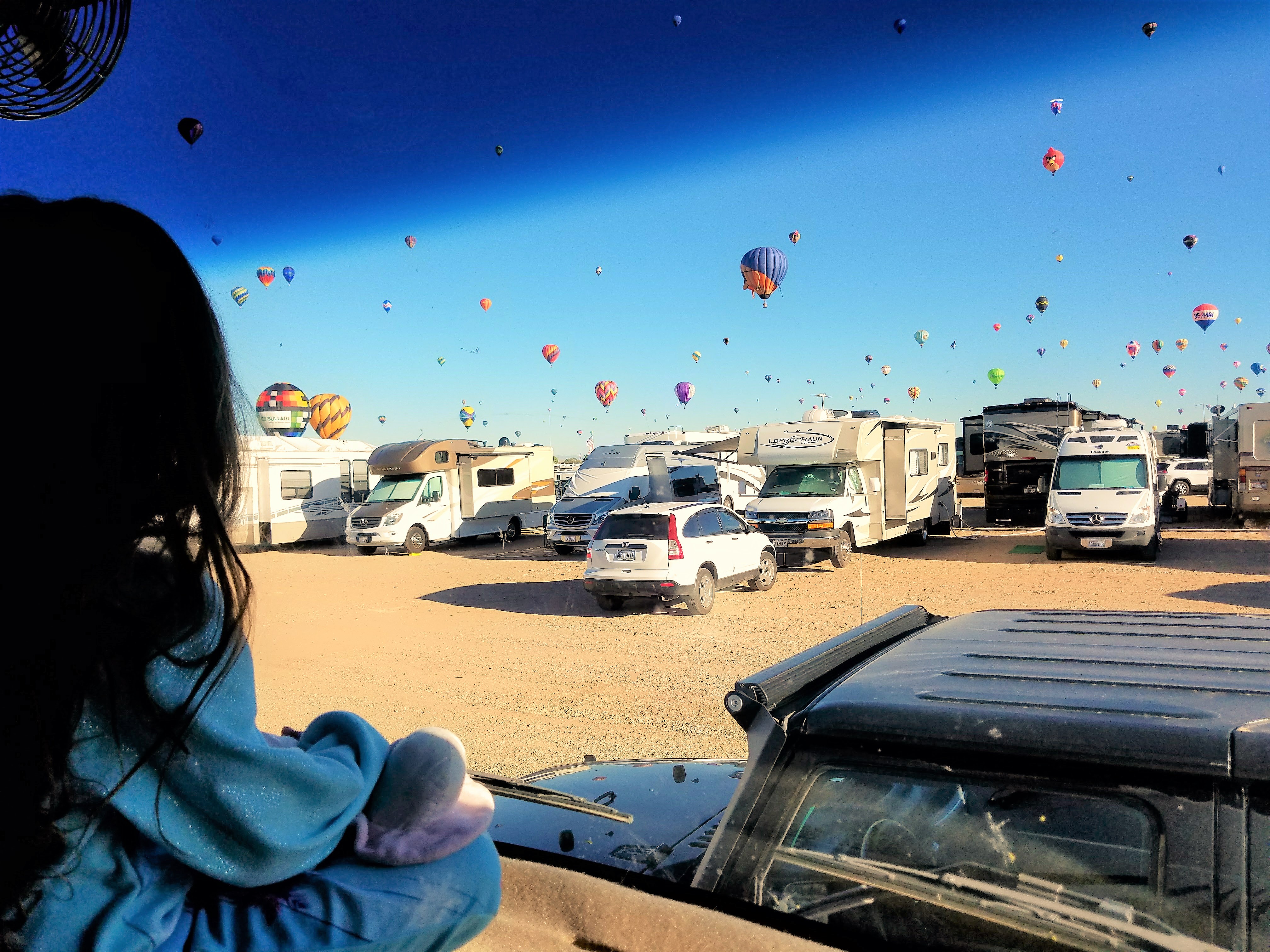 We haven't gotten off since!! 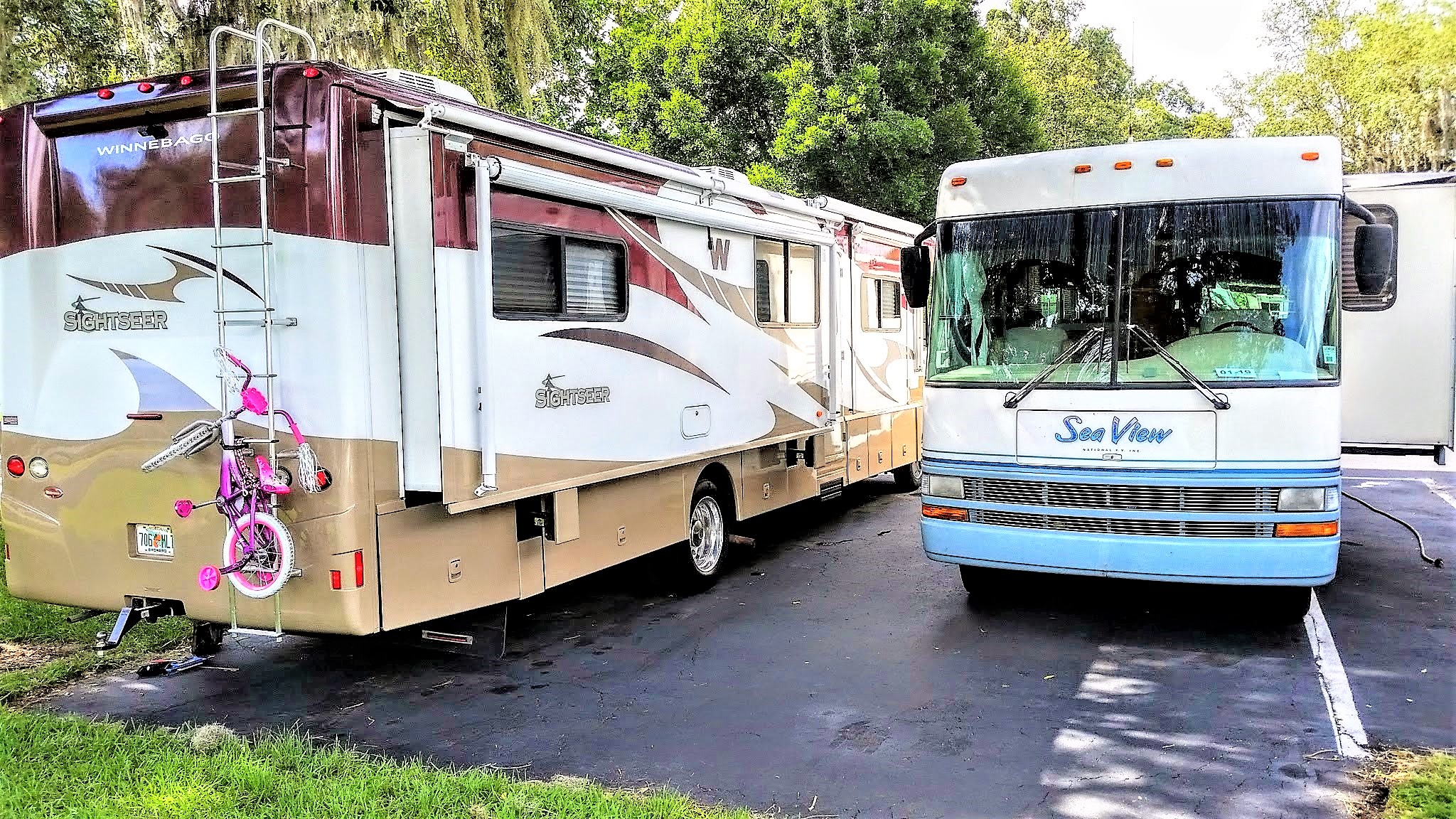 This was when we knew our life's chapter of full-time RVing and traveling began! 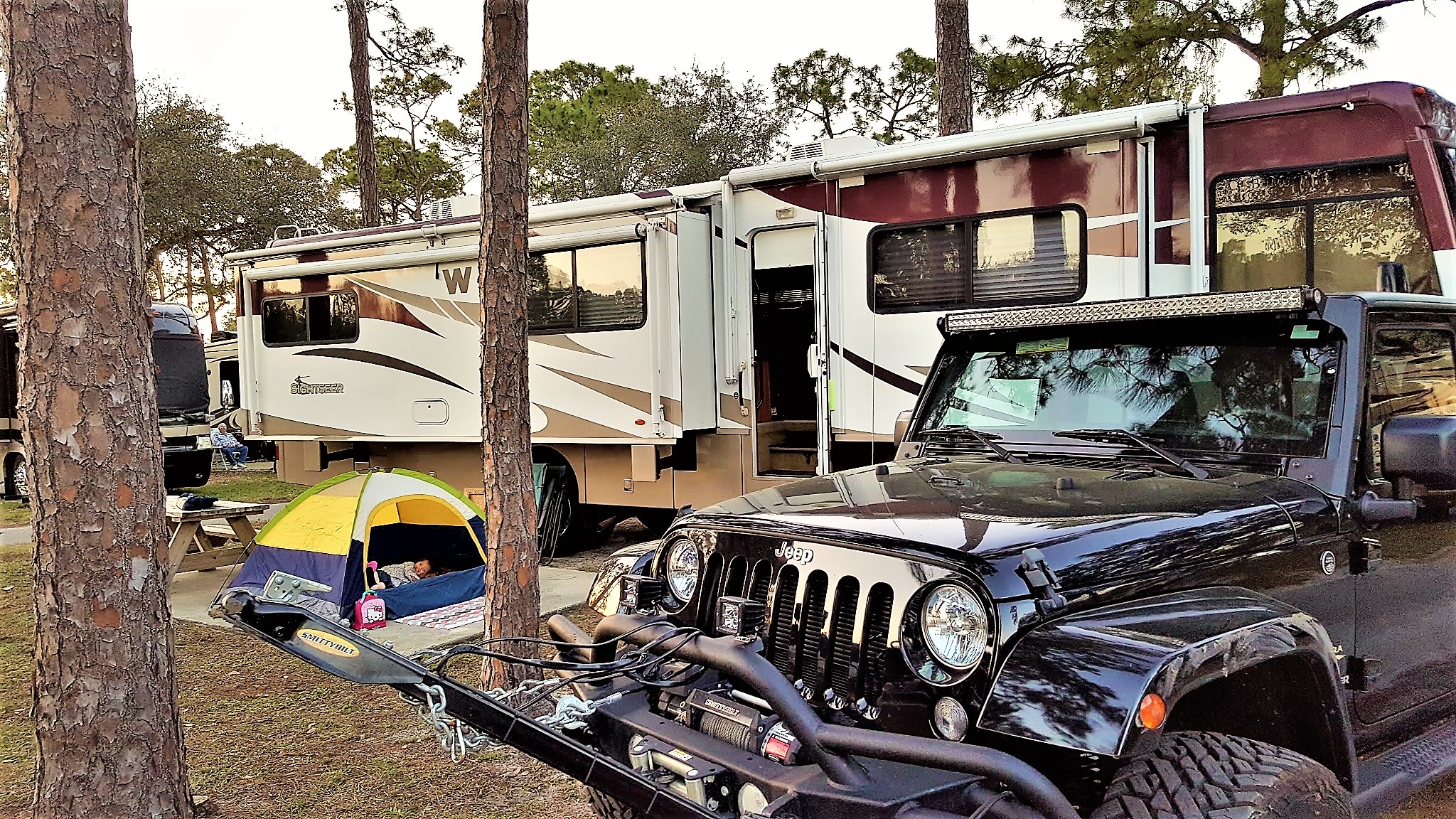 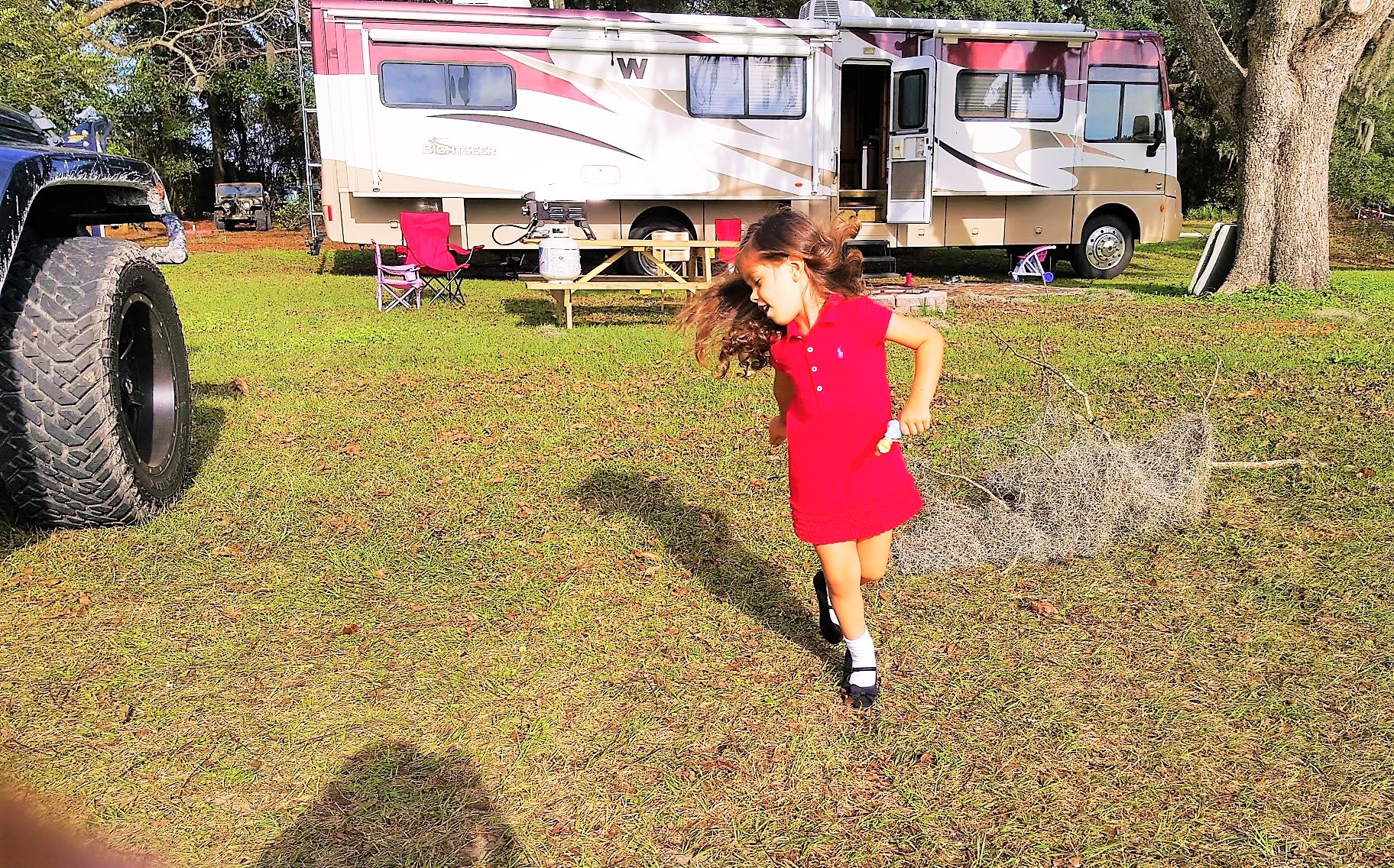