Behind the Scenes of the Going RV Show

Behind the Scenes of the Going RV Show
By: Lindsay & Dan McKenzie

We recently had the opportunity to film an episode of the popular RV show Going RV. The show is on its 7th season and airs on the Great American Country channel. If you haven't seen the show, it's the same premise as HGTV's House Hunters, but for RVs!

Each episode features a different family and the process they go through while purchasing a brand-new RV. The family shares their list of must-haves, their budget, and looks at three different models. Then comes the suspenseful deliberation scene and the final decision ... and, of course, a happy ending! You get to see the family on their first camping trip and hear how they are liking their choice.

Since the episode aired, we've had so many people want to know all the behind-the-scenes, juicy secrets of reality TV! While we can't share everything, we wanted to write about our overall experience and what the process looked like as the "on screen talent." So, let's start from the beginning, shall we? 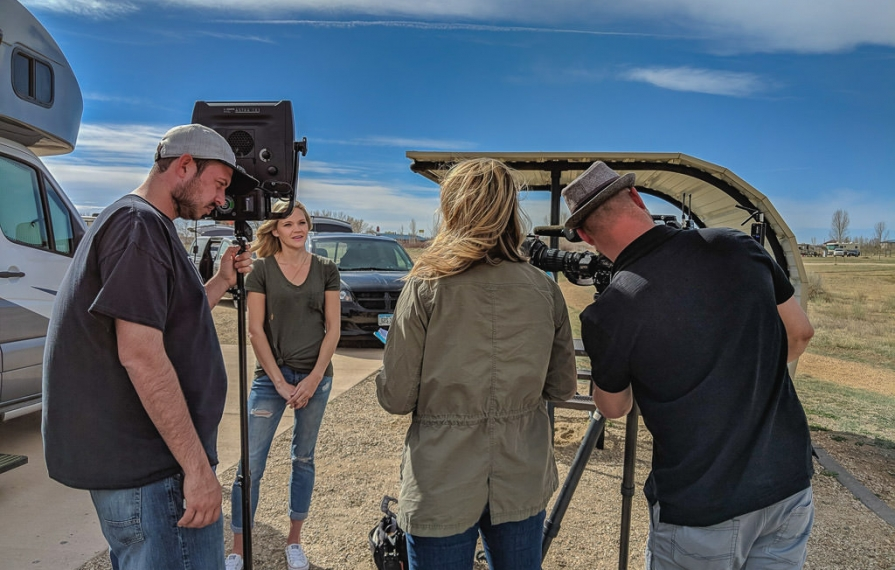 We'd known a few people who had been on the show before, so it was definitely in the back of our minds when we decided we were going to purchase a brand-new RV. In fact, we met some friends at a campground in Malibu who were on the show and recommended us to the casting director. At the time, though, we were living in our used fifth-wheel and were just beginning the search for our new Winnebago.

We had a phone conversation with the casting director about what stage of the buying process we were in. Because we hadn't really narrowed down our options, we weren't considered for an interview at that time for Season 6. But, we were encouraged to connect again when we were closer to purchasing. Five months later, we had walked around more dealerships than we could count. We had gone from wanting another fifth-wheel to a travel trailer to a class A, but had finally narrowed our options down to a few specific models.

Around that same time, I saw an advertisement on Facebook from the production company, RIVR media. They were casting for season 7! So, in perfect timing, we filled out a casting application, sent in some photos, and reached out to the casting director again. We had a Skype interview a few days later and received an email that same week informing us that we were chosen. We weren't able to share the news with anyone except close family and friends!

We had an initial, logistics call with the Supervising Producer very early on. We had about ten different options of dates for filming all spread out between three months. She informed us of the basic process of filming, what to expect, and answered any questions we had. As our shooting dates approached, we had a final phone call where we walked through the schedule of our three filming days.

It was clear that by Season 7, they had the process down! It was helpful in calming our nerves and made us feel relaxed knowing all we had to do was show up. The only hard part for us was wardrobe! If you know anything about Colorado's weather in the spring, you'll understand. 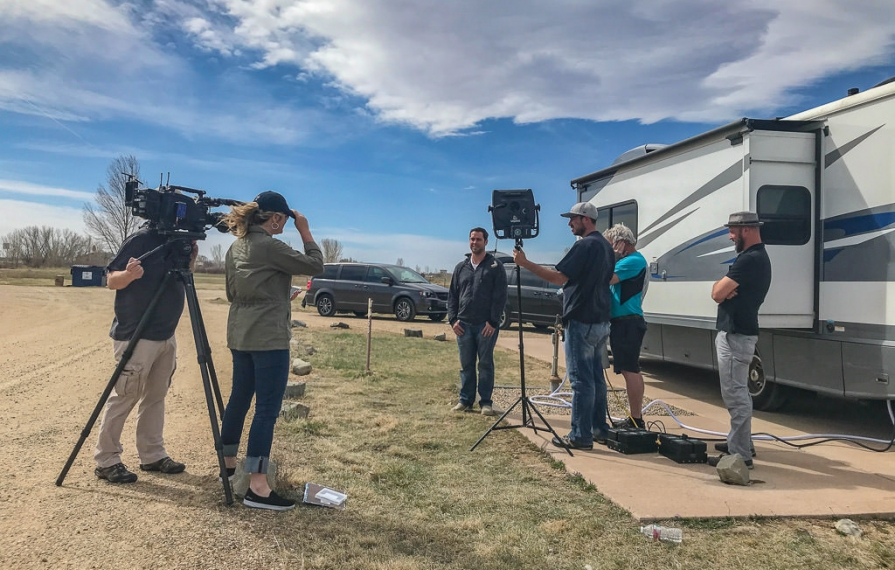 We were told we would need to wear the same thing for our two days of filming at the dealership. We were also told that if we chose to wear coats or jackets, we would be required to keep them on the whole time of filming. They like to have 100% consistency with outfits, and wanted the buying process to be featured as one whole day, not split into two, since that is the typical process.

The funny part was, we were asked to take and send photos of the clothes we planned on wearing a few weeks in advance. They needed to confirm that our clothes had no visible logos for trademark reasons. But, planning in advance for spring in the Rockies is almost impossible. Sure enough, it snowed the first day of filming and was in the 60s the second day. So, sweaters and light jackets were perfect for day one, but a little uncomfortable for day two. But we survived!

We showed up at the dealership feeling excited but nervous. We had been on camera quite a bit before this, but not for an actual TV show! We met the whole crew right away. There was one producer, two camera men, a sound tech, and a production assistant. There were tons of equipment and snacks ... we of course were thrilled about the snacks!

Everyone was ready to go and they started by putting an action camera in our vehicle so we could drive back up to the lot while discussing our feelings. We reviewed our must-haves, our concerns, and excitement for the day. We then moved quickly into the next scene, which was meeting our sales person and discussing the type of RV we were hoping to purchase.

The rest of the day was all about looking at the different models of RVs that we had narrowed down. We looked at three different Winnebago motorhomes: the Intent 26M, the Intent 30R, and the Navion 24D. Our budget was $140,000 because as full-timers, this is not just an RV, it's our home. 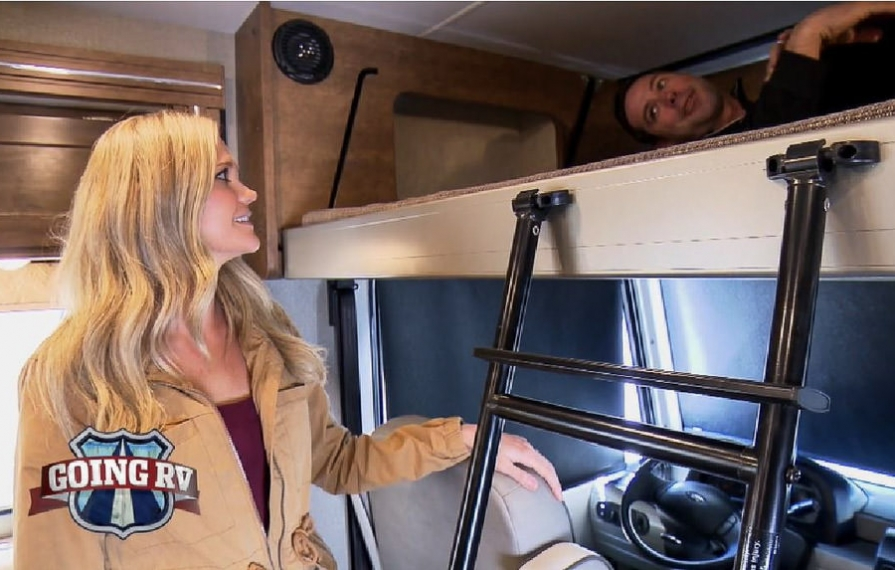 Here were our overall impressions of each model:

The cameras followed us throughout every little area of each RV to capture our initial reactions and comments. We had to touch, open, and try everything and discuss our impressions. We had a lot of fun and laughs! (If you want to check out these RVs for yourself, you can get more information about the Intent here - including both floorplans listed above. And you can get more information about the Navion here.)

Second Day of Filming: Driving to the Decision

Day two at the dealership was all about test driving and the final decision. The test drives took quite some time to set up. They had to set up the cameras to film us driving by, install the action cameras to the windshield, and ensure our audio was nice and clear despite the road noises. But, the test drives really helped us with the decision. 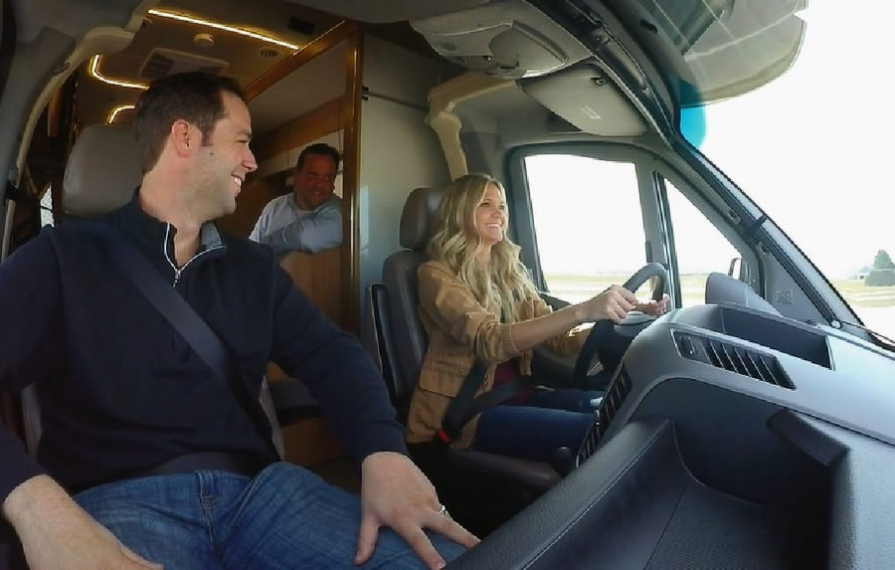 To be honest, we loved all three models and it was such a hard decision. But ultimately, we chose the smaller size and mobility of the Navion. (You can read more about our decision to purchase the Navion in this post.) We like to think it was love at first sight! They filmed us talking through each of the models and sharing why the Navion was eventually the clear choice.

Filming at the Campground

Every show has to have a happy ending, right? And what's happier than a waterfront campsite, a joyful couple and their dogs, and getting to do the things you love while having the comforts of home. Our last day of filming was all about showcasing our life in our new RV. We set up camp, played with the dogs, fished steps from our RV and showed the cameras the beauty of RV life.

The shoot wrapped up with interviews about our story and our decision to RV full time. We also talked about how we've been liking the RV so far and if we were happy with our choice. The answer to that is an absolute yes! We have zero regrets and that's very obvious by our photos and stories that we share on our social media and blog.

The episode first aired on August 29th and will replay several more dates in the coming months. You can click here to see the schedule and we'd love it if you watched! It was such a memorable experience and in fact, at times while watching it brought tears to our eyes. Our friends and family were sending us photos of them watching it in their homes and in a small way, it also reminded us of what a great support network we have!

It meant so much to us that Going RV and RIVR Media captured one of the most important parts of our journey as full-time RVers. They even sent us a DVD so we can hold on to the memory for years to come. If you're considering buying a new RV, we'd highly recommend casting for the show and would love for another couple or family to have the same wonderful experience as we did. 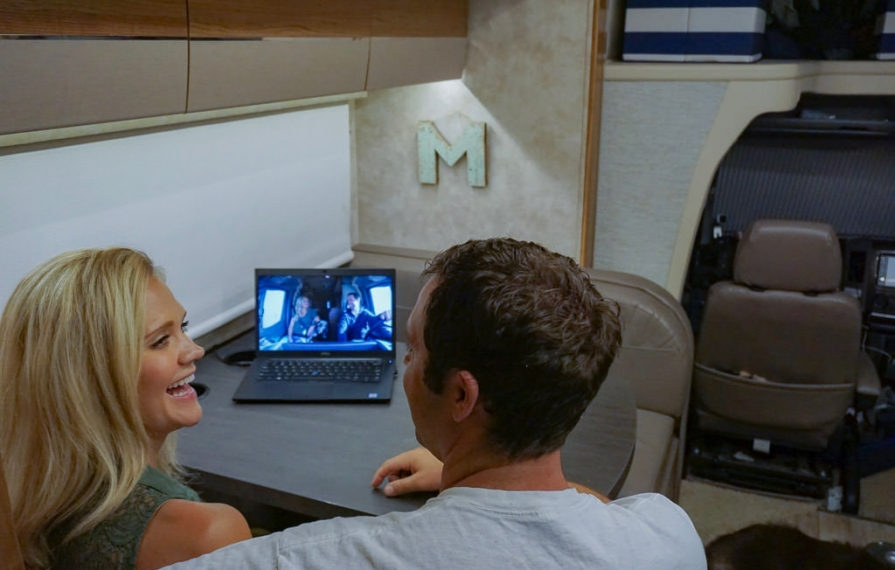