The heat of the desert hit us hard after we left Huntington Beach for Arizona. And I mean 117 degrees hard. The highway had signs suggesting drivers turn off their air conditioners to avoid engine failure on the climbs and the National Weather Service issued advisories to avoid outdoor activity. We spent a night in Palm Desert at a very nice RV park that felt post-apocalyptic because nobody travels there in the summer. Even the pool was hot, but it kept the kids occupied. Mike and I rode our bikes to a nice little place for dinner with the hot wind in our faces and people looked at us like we were nuts. 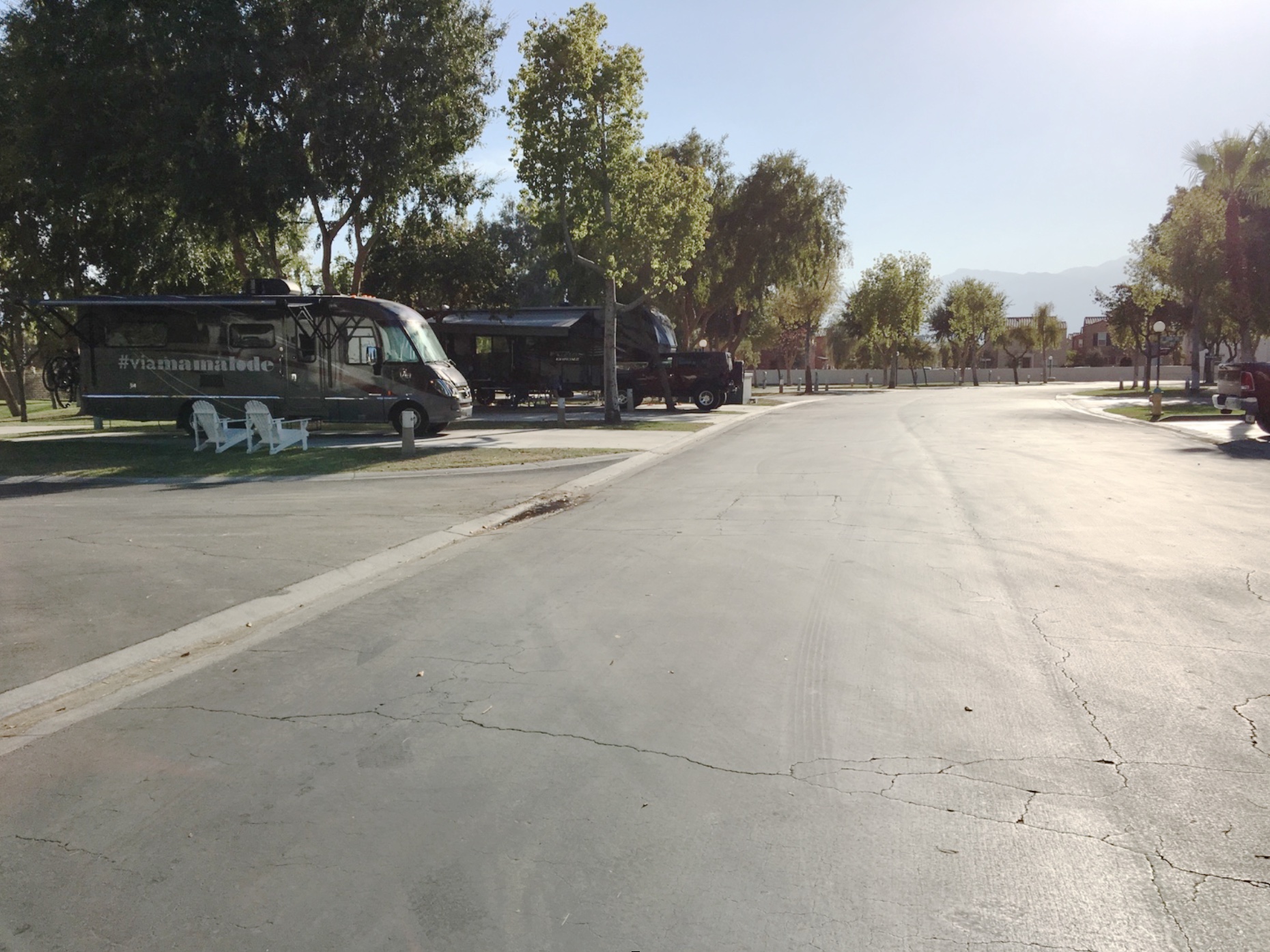 Only about 5 of the 255 spaces at this RV park in Palm Desert were occupied. Photo credit: Mike Beltz

But here we were, and something out of the ordinary was needed to help us adjust. The next morning, on our way to Sedona, we told the kids we planned a really cool desert hike. They were in disbelief and they complained and questioned why we would do something so horrible, but they were prepared to do what they had to. Instead, we pulled into the Phoenix Wet 'n Wild water park, much to their delight, and spent several hours on water slides, in wave pools and floating the lazy river.

The last time we went to a water park was in Florida and the four of us stuck together and had a blast. This time, the kids took off together and left Mike and I on our own. We were both mildly disappointed about the abandonment, but simultaneously delighted by how close the kids have become during the course of this trip. The back of the RV has become their nook and they whisper about friends, celebrate periodic access to wifi, have tickle fights and scheme ways to get us home earlier so they can be with friends. This is a radical departure from their relations at home prior to this trip. 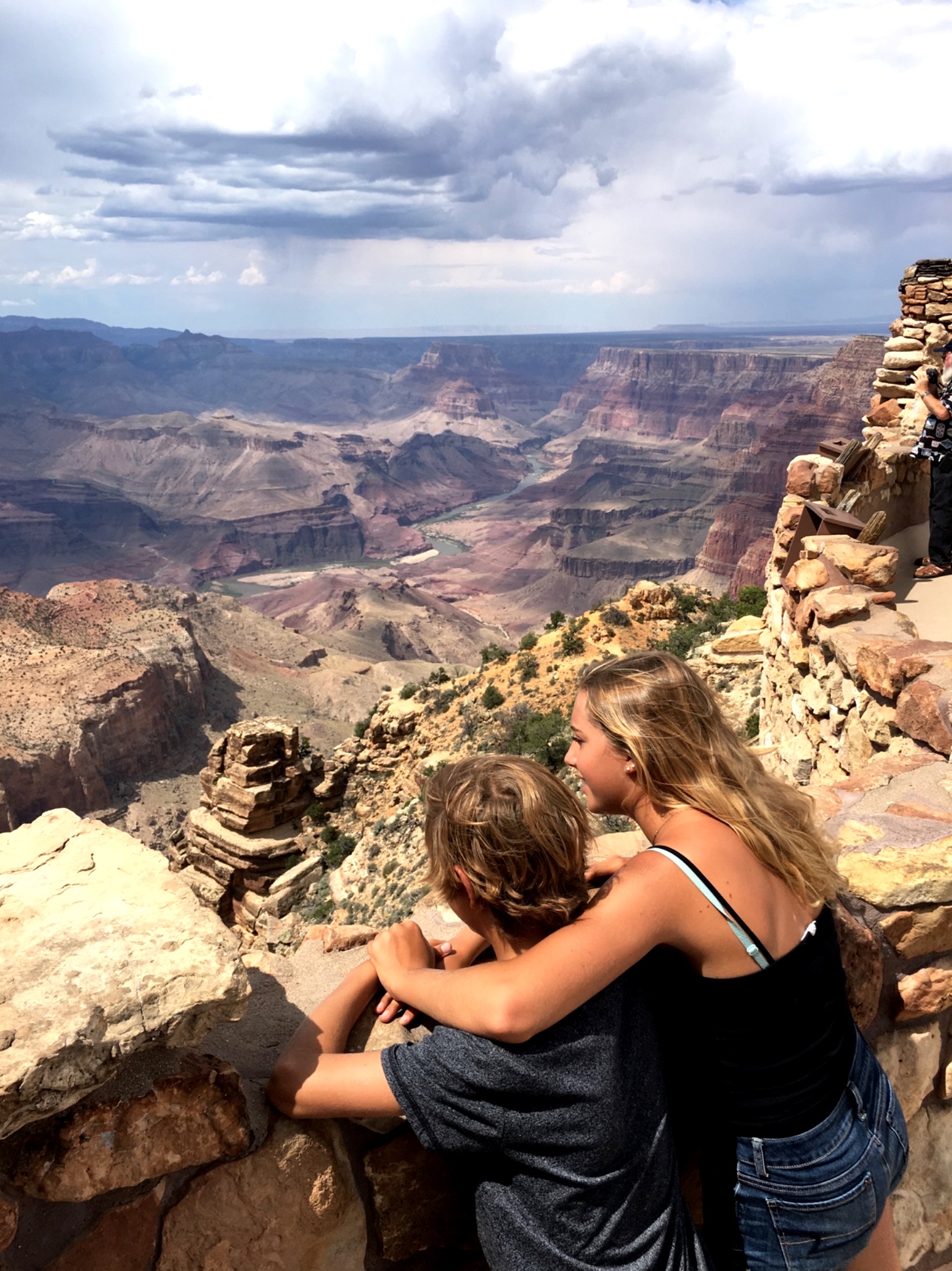 Ultimately, desert temps dropped considerably and our time in Sedona and the Grand Canyon were super pleasant. We biked, visited sacred sites and spent time with an old friend of Mike's. As we scratched out the mileage and assessed attitudes for our remaining week or so, we abandoned plans for New Mexico and headed to Colorado via the Four Corners. 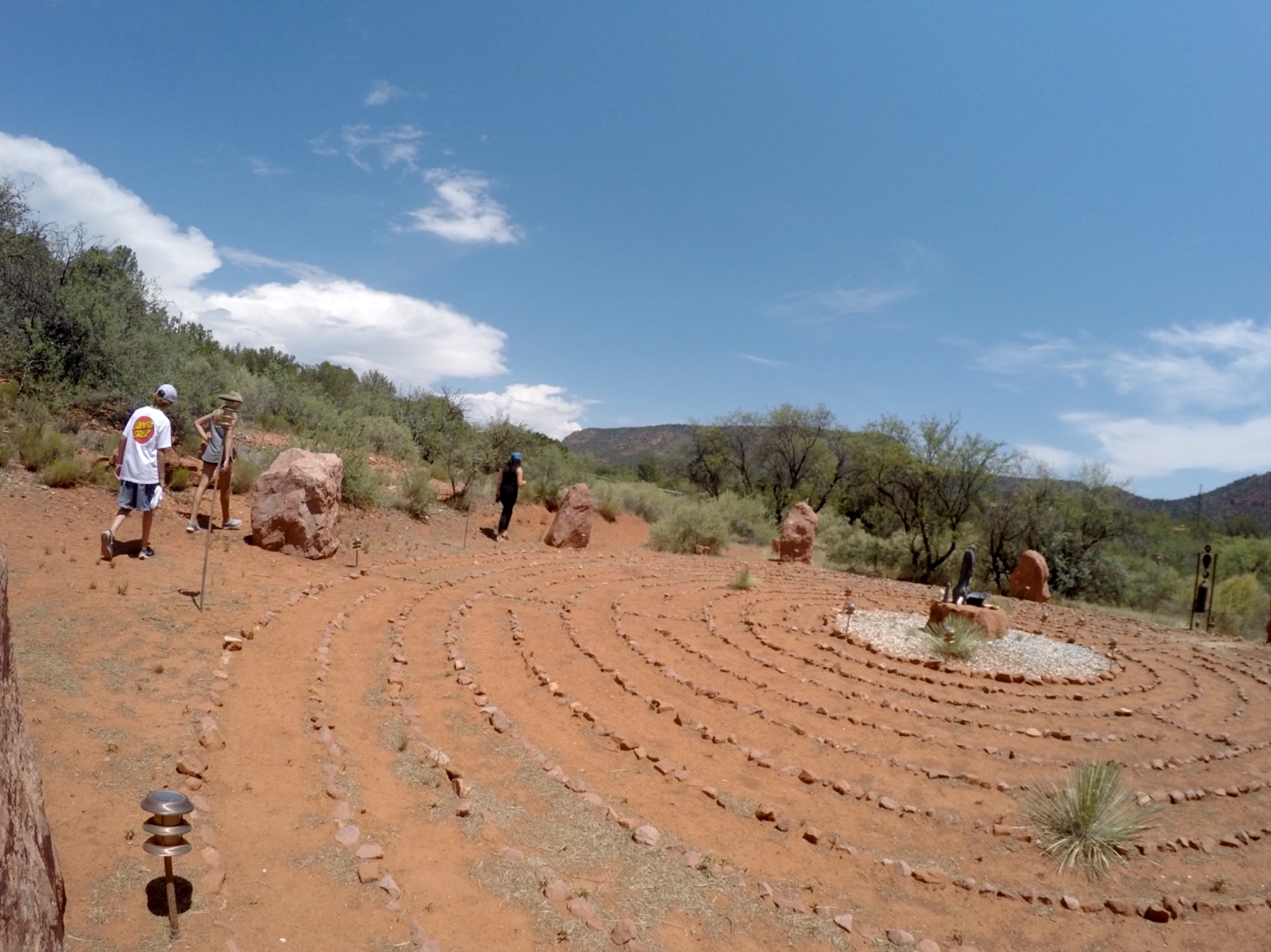 Our dear friend and her backyard labyrinth in Sedona. Photo credit: Mike Beltz 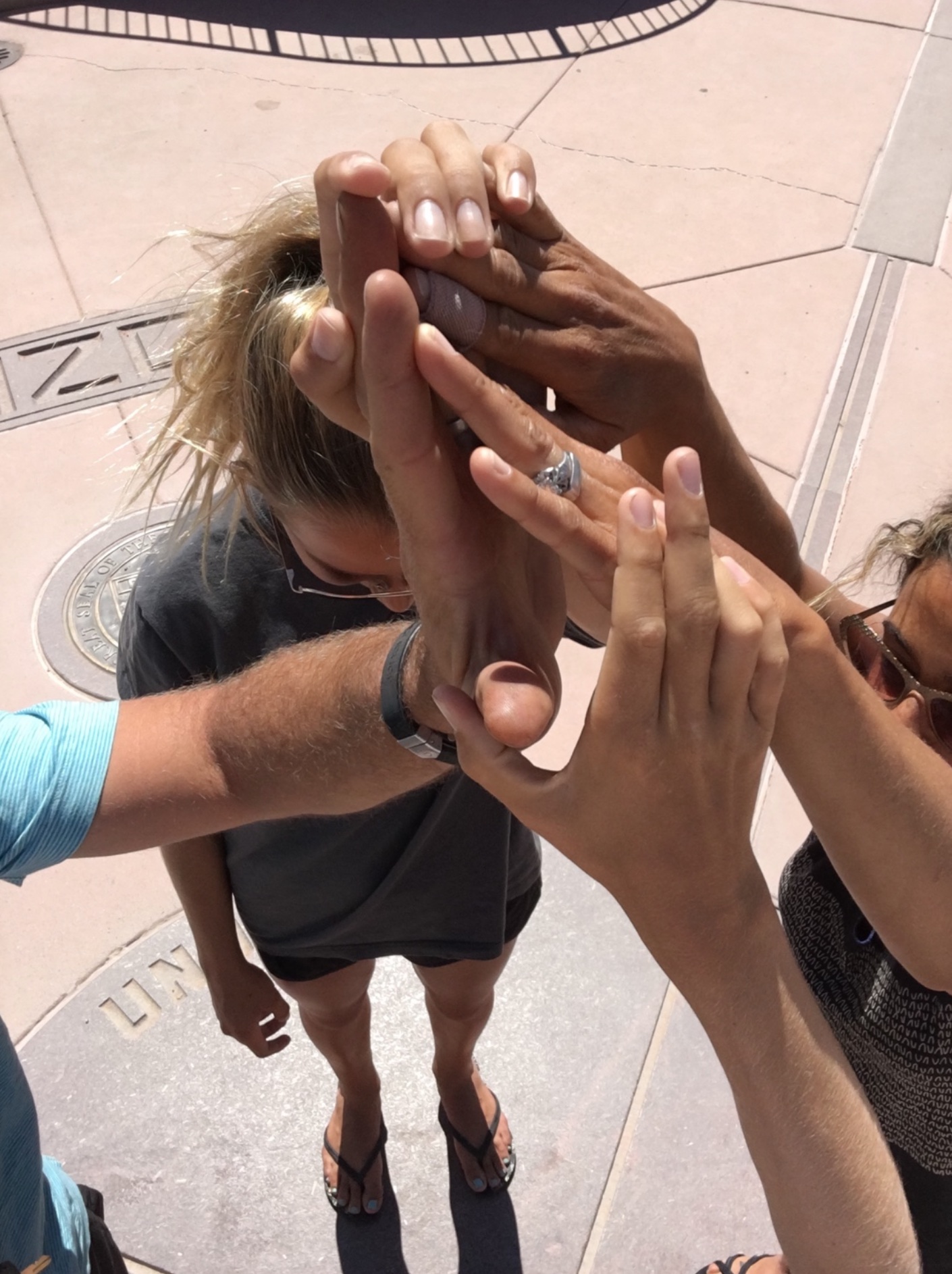 Driving between the Grand Canyon and Four Corners on Highway 160 through the Navajo Nation Reservation, I saw some of the most beautiful countryside I have ever seen. And during my life, I have been lucky enough to see a fair bit here and abroad. But there was something different about that particular day, being behind the wheel and my openness to taking it all in, that moved me. Striking red sandstone mountains to the north rose up through open, largely undeveloped green valley floors. It went on for miles and became more beautiful as we traveled east. I really regret not having a picture, but alas, I was driving.

This particular place was an unexpected and powerful reminder of how picturesque and diverse this country is, how much there is to see and do, and how easy it is to forget that -- unless you take the time to travel through it. It takes time and it's not all glorious, but it's important, in the same way it has been important for my family to take time away from our daily lives to be together. Really be together.

Dori and her husband Mike and two children, Matilda and Clarence, are taking a 4-week, 5,000 mile trip across the western U.S. in a Winnebago Via. She is writing about her experience for Winnebago Life and for her national audience of readers and writers at Mamalode- "America's best parenting magazine." Follow her frequent posts on Instagram @Mamalode #viaMamalode -- and keep an eye out for her on the road.