Adventure in the front, home in the rear.

Hey, WinnebagoLifers! We are Shea and Erin Laughlin from Minneapolis, Minnesota; and we hit the road as full-time RVers on April 17th, 2016 in our 19 foot 2016 Winnebago Minnie Winnie trailer. While it is easy to say that the decision to go full time was a no-brainer, it took Shea nearly 10 years to convince me to do it. The idea was planted when he was fresh out of college, working in Corporate America, and his boss sent him an article about a family living in an RV traveling the country; he knew immediately that he wanted to follow suit. The only hitch was that we both just graduated college with a mountain of debt and it was our priority to find great jobs to help pay them off. We did, and as the years went on, it became easy to follow the "traditional" path of buying a house, getting married and looking to show that our investment in our education was paying off. However, with each weekend trip, planned vacation or escape from the "real world" we always had this dream of traveling full-time in the back of our minds. 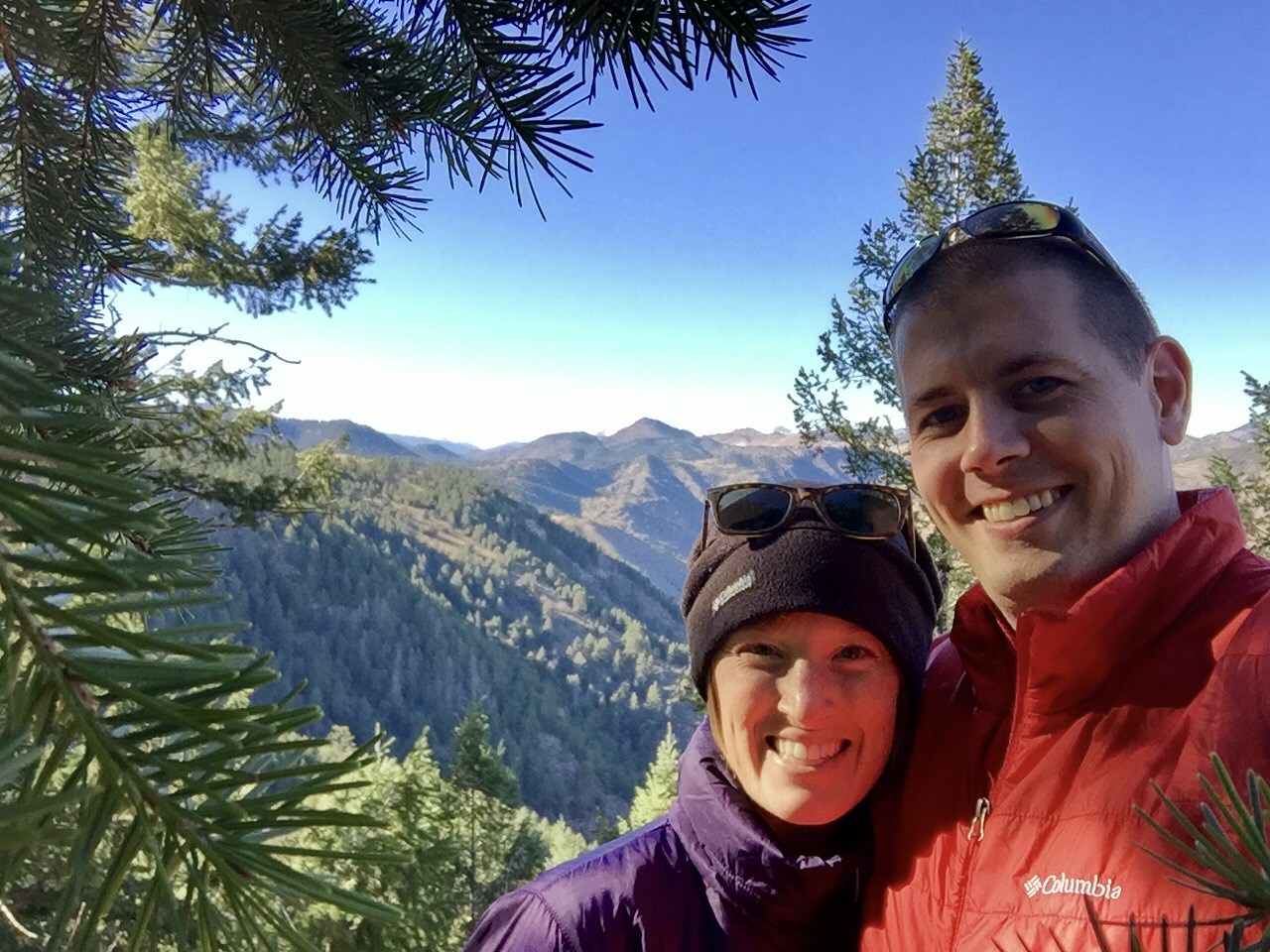 We had become quite good at the weekend warrior game by finding ways to escape city and suburban life to not only explore Minnesota but several other destinations over the next ten years. It became a mission to find fantastic travel deals that would allow us to see the world, but still, save money and continue to chip away at student loans. In late 2013, we had the opportunity to move from Minneapolis to Denver to advance both our careers in IT and Benefit Administration Technology and we jumped at it. After selling our home, we paid off the rest of our student loans and we were on our way... debt free! While it was difficult to leave our friends and family, we knew that it was an adventure that we were meant to have. Weekends were spent exploring the state, hiking mountains and biking through the city... even in the winter! While our jobs were fantastic and we found community amongst our new friends, corporate travel was starting to wear on both of us. After about a year living in Denver, I looked at Shea while we were on a hike and said: "I'm in." We wanted to be in control of where we were traveling and what the schedule would look like. Over the next year and really buckled down and saved with the intent of starting our journey on just our savings, fortunately for us, Shea was offered an amazing role that would allow us to travel and continue our income while on the road. 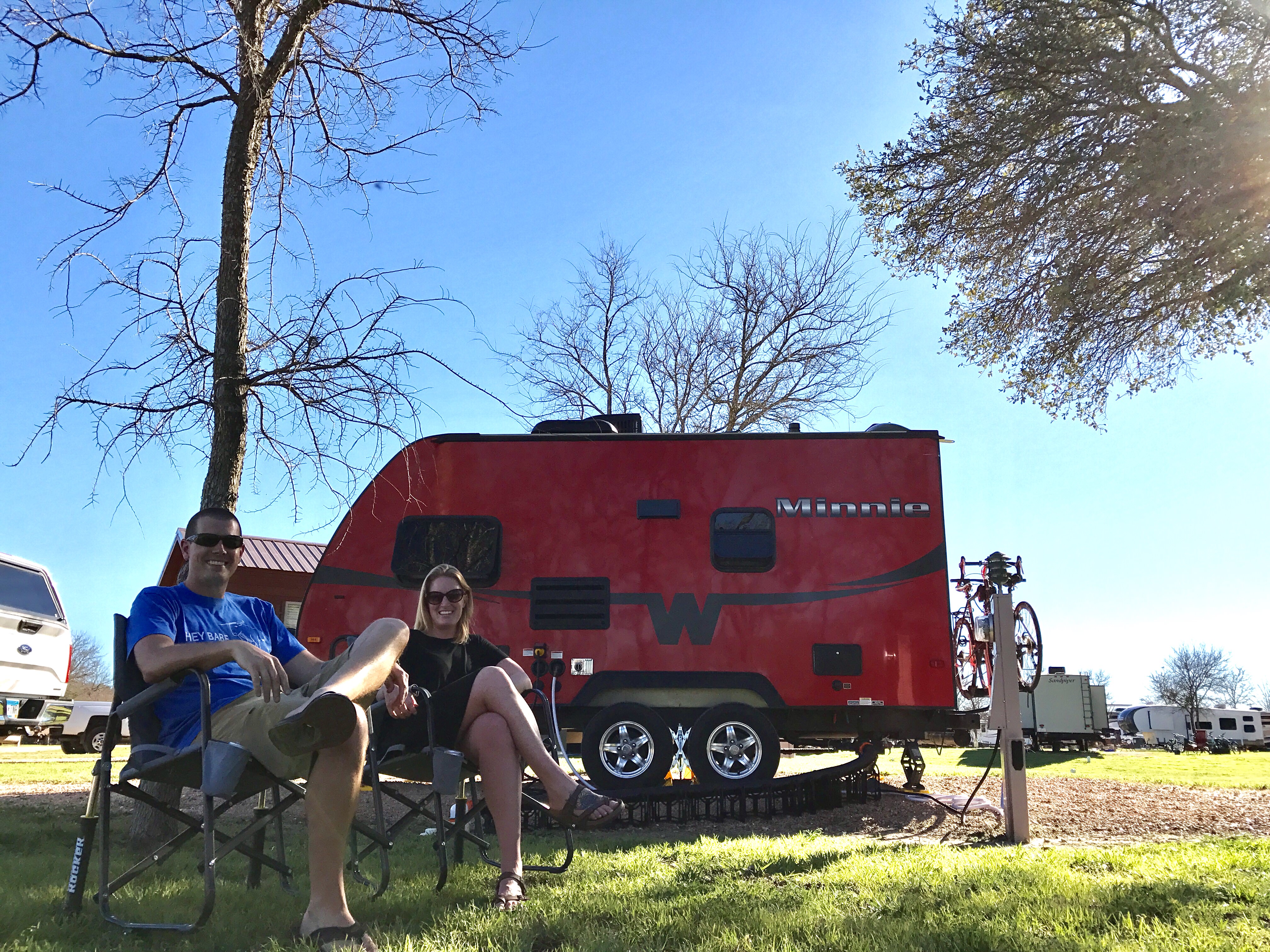 Living on the road full-time has eliminated the need to pick one or two destinations per year to visit, or which friends we want to travel to see; much of our journey thus far has allowed us to hit several "bucket list" destinations and visit friends who have also moved throughout the country. We love seeing gorgeous and interesting new places, but it is even better when you get to experience it with friends and family. We document our travels on our blog and social media under Living Mile by Mile to keep our friends and family up to date, but it has also become a great way to meet others who have taken the leap to live the RV life. From the time we announced our plan to our friends and family, we have received nothing short of incredible support.

Since we own a bright red trailer, it often becomes the topic of conversation with people we meet and it was certainly something we talked over in great detail before making our purchase. Once we decided that we were going to move into an RV, we started to research the different classes to determine what would be best for us. We made our way to a couple RV shows and several dealerships throughout the Denver area until we settled on a travel trailer. Once we had that narrowed down, we needed to decide what length to go with and after much debate, we knew that we wanted to keep it small to continue the relatively minimalist lifestyle that we had slowly been creating. We liked the idea of a travel trailer for a few reasons; the first is that we didn't want to hear the noises when our belongings shifting while drove down the road. 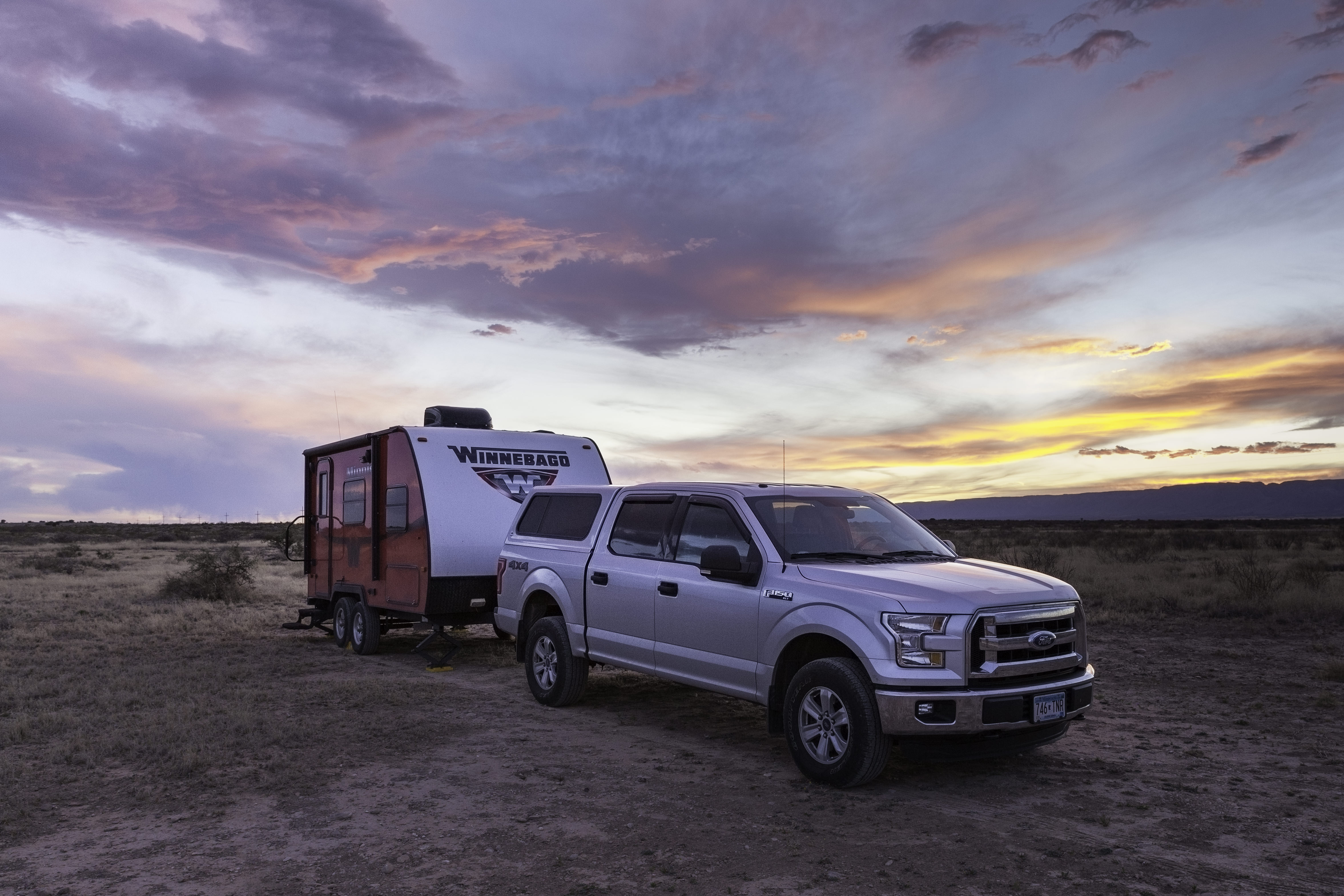 The second was that we only wanted to worry about one engine, whereas with a tow vehicle, there was the opportunity for two engines to malfunction and we are not mechanically inclined. The third reason is that we wanted to feel comfortable while driving and since we were used to driving a truck, it gave us a sense of ease as we started this new way of living. After seeing RVs scattered throughout the campgrounds, BLM and crazy mountain roads, we knew that we wanted to be nimble for both city roads and crazy dirt roads that we were bound to encounter.

As our departure from Denver approached, we figured that we should finally settle on a rig, so we ventured out on a cold weekend in January to check out local inventory yet again. We made our way to Trailer Source in Wheat Ridge with a completely different rig in mind when we met Lisa and Samantha. We instantly clicked and felt at ease, which was rare compared to what we found at other dealerships, so we knew that we could really take our time and make the right choice for us. 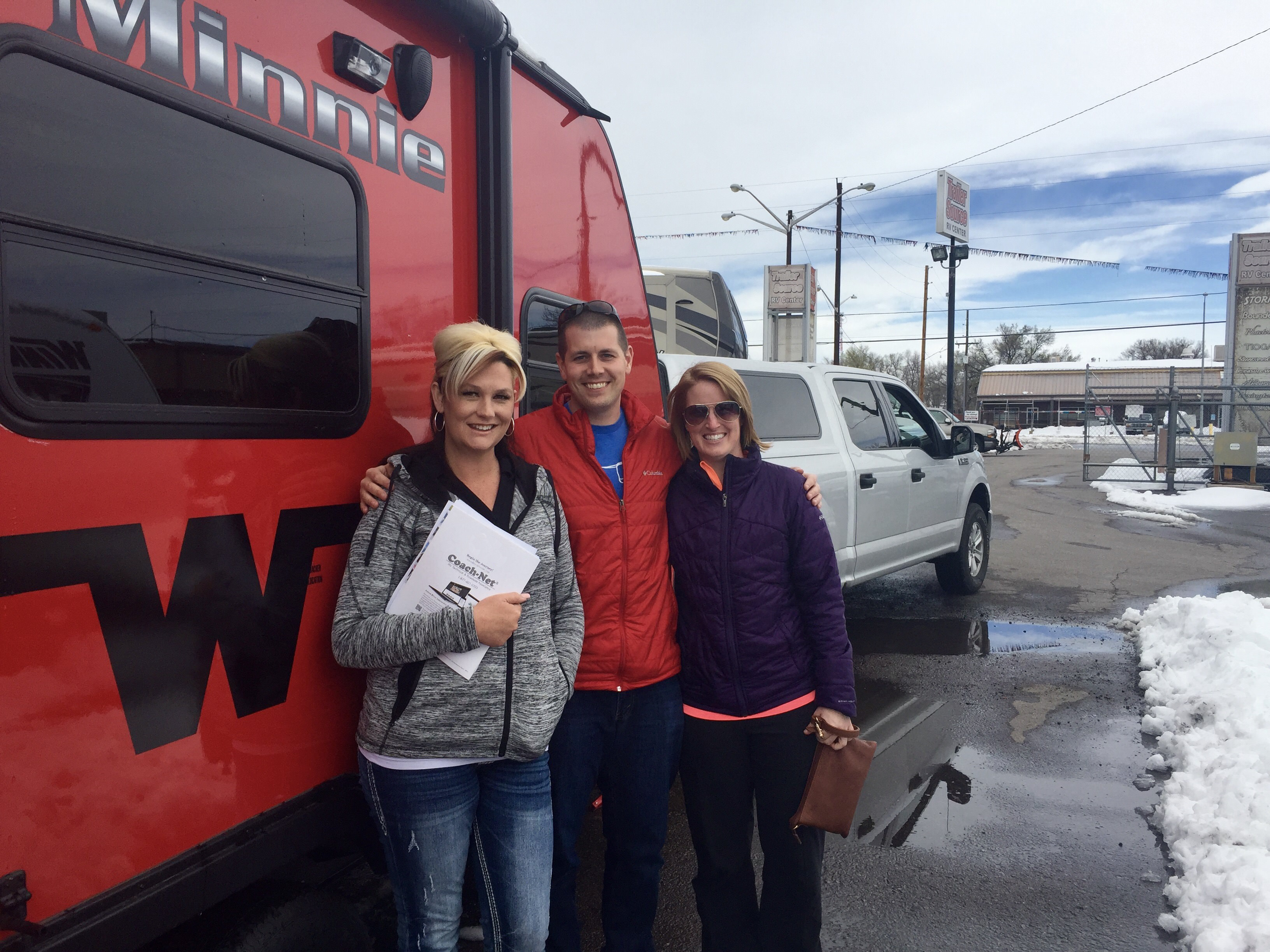 As Lisa took us through trailer after trailer (she was a saint!) she explained the features of each unit along with the differences in how other models are built. When we started talking about potentially using the trailer in colder climates, she showed us something that made Winnebago the instant winner in our books. She advised us to push on the walls in each of the units we were going to look at to see how they give when pressure is applied. It reinforced the notion that it was in our best interest to invest in a quality unit since it was going to be our home for a good portion of the year. At no point, did we feel pressured to purchase a rig that day, which is ultimately what we did. We took our time at lunch and I reluctantly gave into paying a little more than I had initially wanted because it was the best decision for us. To be honest, there was a little hesitation because it was a bright red trailer after all; however, it also seemed to be a selling point at the same time. Over the course of the year, we have made a few modifications that really made it feel like home, and it really feels more like home than anywhere else we have lived to date. We can't wait to continue our journey, share our experiences and meet amazing folks along the way!

Learn More about the Winnebago Minnie