A Helpful Trick to Teach Your RVing Dog

When Sabrina and I decided to adopt Belle (named Flower at the time), we had no idea what we were getting ourselves into. Belle was our first dog and we only had cats before her. One thing that really stood out to us about Belle - other than that she was super hyper and part Tasmanian devil - was that she was incredibly smart. I always tell people Belle is smarter than me, because she can understand almost all of my words, but I don't understand any of hers.

We realized that this one-way communication could prove to be problematic at times, such as how would we know when she needs to go outside to do her business? We brought Belle home while we were still living in our second-floor apartment and would have to go through three doors before actually getting outside. So sometimes by the time we figured out she needed to go, it was too late.

We found a solution from a friend who trains dogs for a living. She explained that we could teach Belle to ring a bell by the door to go outside. I'm sure we gave her a bit of a crazy look. We told her we would give it try, thinking there was no way we were teaching her this with no dog training experience. But again, Belle is super smart and picked it up in just under two weeks. The training can be done easily with just two steps, and this is how we did it.

Step One. We first needed to teach Belle the word touch, and to do this we would sit with her with our hand up and palm facing her nose. We would then ask her to touch and gently bump our hand to her nose. Every time we did this, she would receive a very small treat. Most pet stores sell training treats, but it could be just a small taste of whatever your dog enjoys.

We continued to do this several times and, after a few tries, when we would ask Belle to touch she started to meet the palm of our hand half way. Eventually we did not need to move our hand at all and she would bring her nose to our hand to touch it. This took just one afternoon for her to understand and do it consistently. 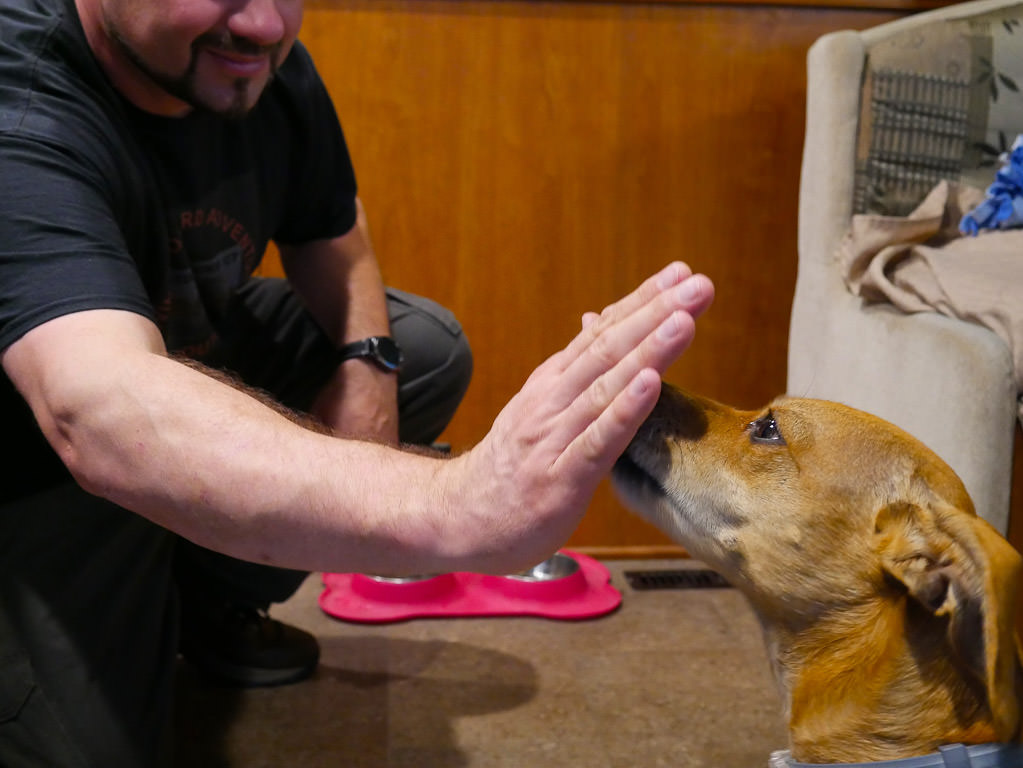 Step Two. The next part was just as easy, but more time consuming - because when we were teaching Belle to ring the bell, we only wanted her to associate it with going out to relieve herself, not to play or anything else.

We mounted a Bell at a comfortable level for Belle to reach next to our door. We would wait till we thought it would be about time for Belle to need to go out and bring her to the door, then place the palm of our hand behind the belle and ask her to touch, when she would touch our hand she would accidentally hit the bell and ring it. We would then take her outside for her to go to the bathroom and once she was done we would come right back inside again.

We did this all week every time we felt it was time for her to go, which was actually quite often. By the end of the second week, she was ringing the bell to let us know she needed to go. Belle was seven months old when she learned this. (If you would like to see a video version of how we taught her, you can check out our video here.) 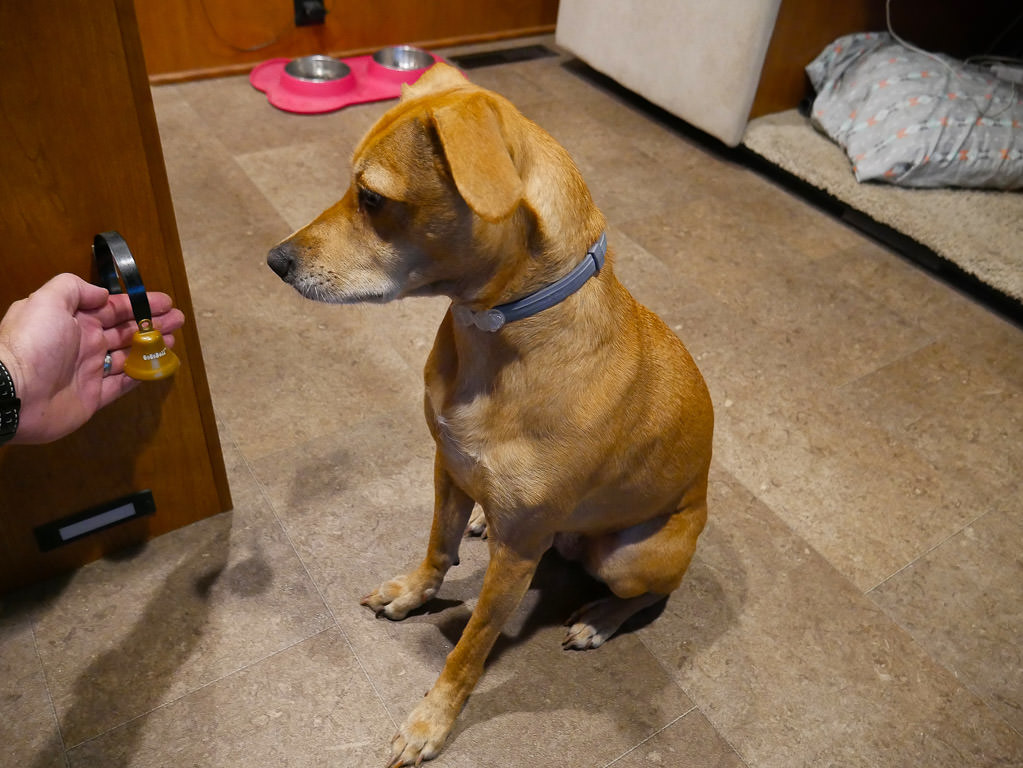 We now live in our Winnebago Vista and Belle still uses this system to let us know when she needs to go. It ended up being perfect for RVing, because although her daily schedule and outdoor surroundings may change often, the bell is a constant for her.

And we will let you decide who trained who because now we are the ones that take her out on command whenever we hear the bell.