Each July there is a pilgrimage to Iowa, where a thousand road pros converge to celebrate Winnebago's biggest event of the year - the Grand National Rally. Last year we were first timers to this event, wide-eyed neophytes, uncertain about what to expect. We wandered awestruck at the shear magnitude of row upon endless row of coaches ranging from the largest and most luxurious Class A's to the compact and efficient vans, and even some classic rigs dating back to the early sixties. Within each RV resided a veteran of the road, a kindred spirit, with a passion for overland exploration much like our own. We met people from all across the globe swapping stories of adventures past. 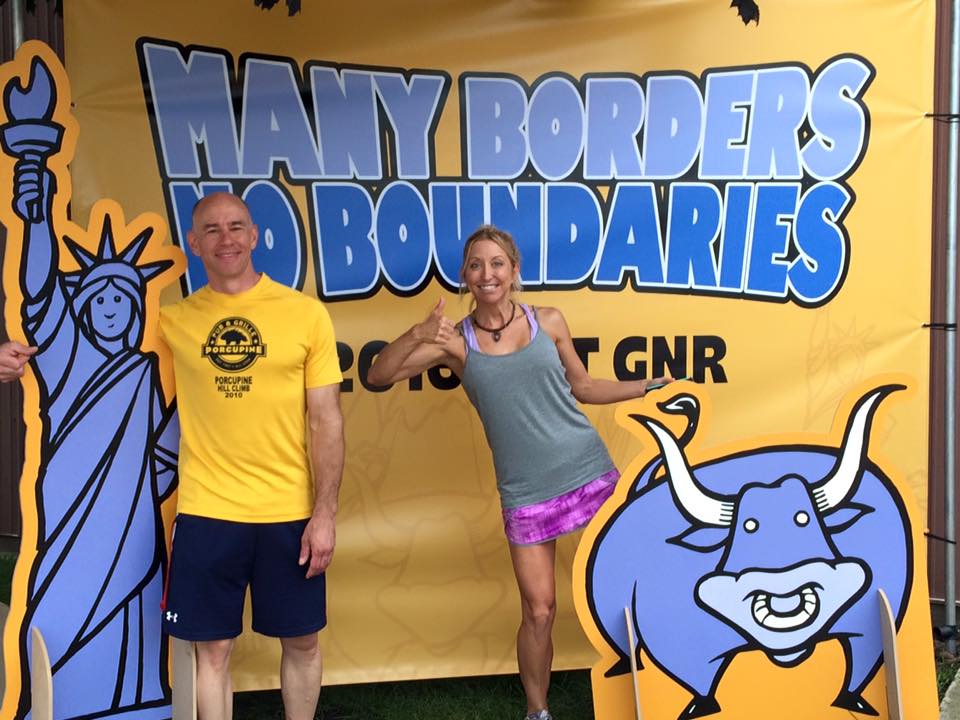 One of the best things about GNR is reconnecting with friends. James and Steph, our friends from FIT RV, celebrate this year's GNR theme of Many Borders, No Boundaries.

This year we returned again, eager to reconnect with the friends we had met the year before and a game plan to take full advantage of everything GNR has to offer. We arrived in Forest City a couple of days early for Puckerbrush Days, a wonderful small town celebration, complete with an impressive parade of floats, fire engines, tractors and of course Winnebagos, and a grand finale of fireworks that night. With a couple of days to kill before the rally started, we entertained ourselves with a bike ride (14 miles round trip from the rally grounds) up to Pilot Knob State Park - a beautiful gem nestled in the hardwoods with a lookout tower that is the second highest point in Iowa. 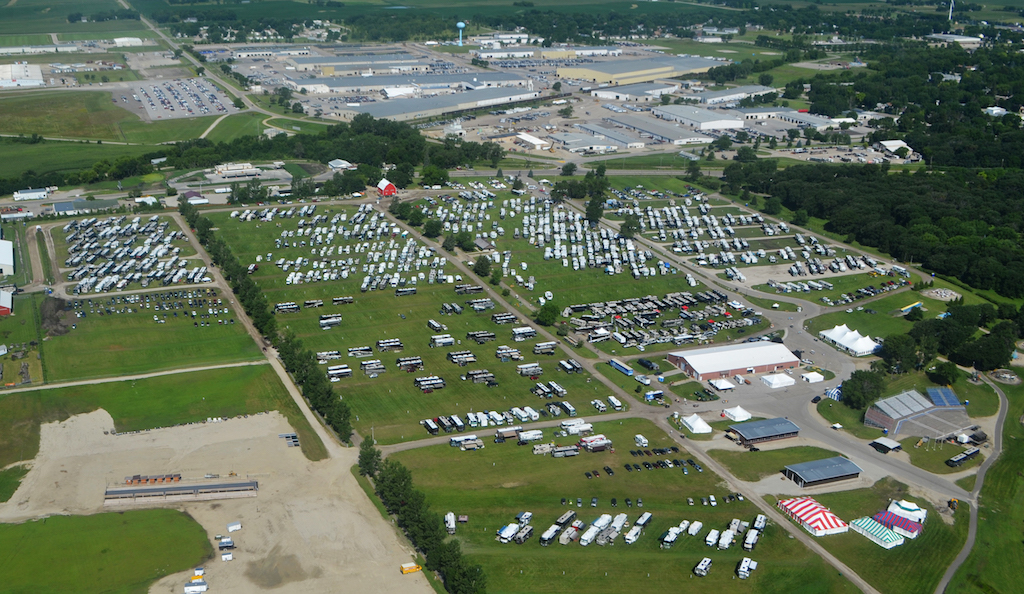 Each year almost a thousand RVs converge on Forest City, Iowa for the Winnebago Grand National Rally. Here you can see the expansive rally grounds with the Winnebago manufacturing facility in the background.

Before we knew it, opening ceremonies began and GNR launched into full swing. We attended seminars on RV cooking, servicing our engine, taking dogs across the border into Canada, and even taught our own workshop about our adventures in over 23 National Parks this year. We were able to talk to technicians about some of the questions we had about our new rig, and there were vendors selling everything from awnings to lightbulbs. We also found a few organizers that we now wonder how we ever lived without. 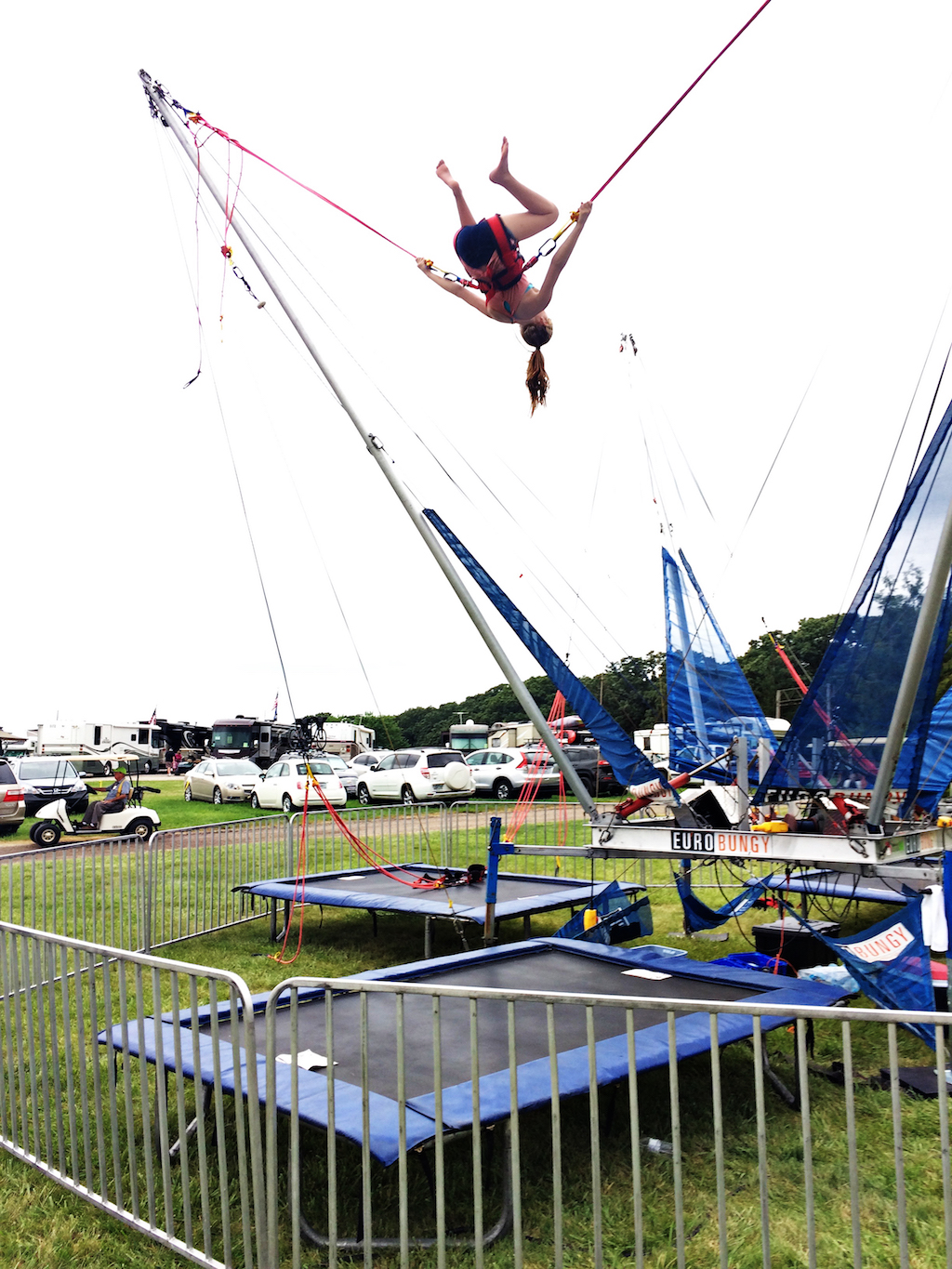 Just the thought of heading back to GNR had Abby flipping out. The bungee trampoline is just one of the many rides on the rally grounds that keep the young at heart entertained.

The evenings flew by as we shared drinks and dinner with friends, followed by top notch entertainment from big bands to country music. On the last evening was something that's called "row parties" which is a tour where all the Winnebago International Travelers (WIT) chapters from each state host a party and showcase something special that is uniquely them - we sampled ham sandwiches from the Virginia club and smoked ribs from the Winnie Bs (B-vans), wine from California, and so much more. It was a great finale to mingle with folks we hadn't yet met and of course to try something new. 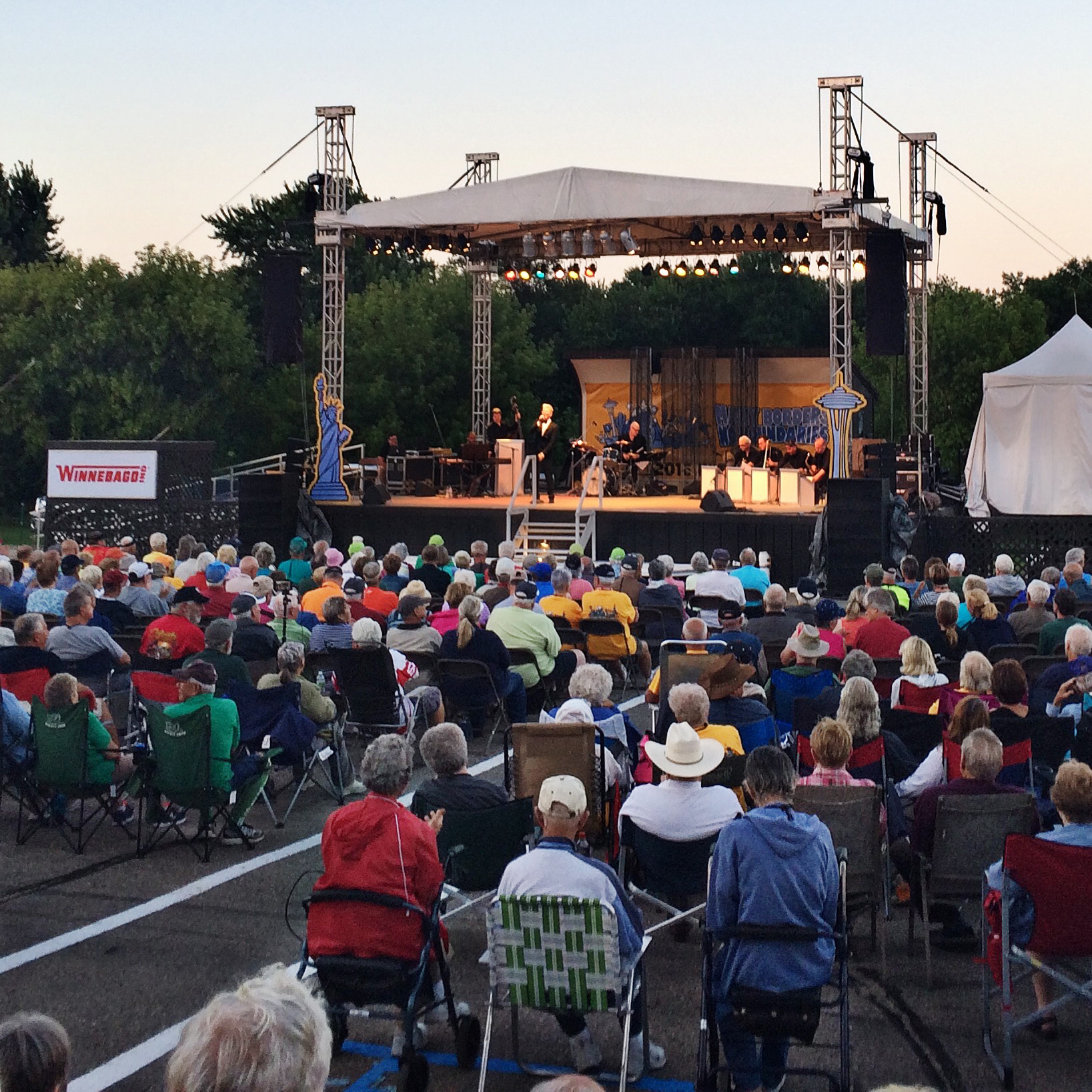 The evening entertainment was top notch. Shawn Johnson and the Big Band was our favorite.

Long before we were ready, closing ceremonies wound down the party and the slow exodus of a thousand rigs began. As we pulled out of town, we felt as if we were in our own parade as we followed 10 other Winnebagos down the two lane road leading to the interstate. As we pulled away from the parade, we gave them the road warrior salute knowing that we would be back again next summer to do it all again. Until next time...