Ask any three RVers about a device or modification and you'll usually get four or more answers. And so, we'll open today's discussion with a question? Where do place your going-down-the-road nibbles?

As the owner of the Sprinter-based Navion I found that the high dash really made for an unsafe reach when going for celery sticks (healthy) or chips (not as). My first thought, as it is with most RVers, was, "what could I buy and modify?" My second thought was, "isn't there a little tray product out there already?"

All my usual Internet shopping destinations like Amazon and Camping World came up empty, so then I took a stroll through the electronic aisles of Ebay and found two products.

They were pretty inexpensive which was a low enough risk to order both of them. The first was the Automobile Swivel Tray for $13.50. The second was the Travel Drink Tray for $9.99.

I had big hopes for the Swivel tray as it looked to be very adjustable and had a larger surface area (more chips!). Well, that one proved to be a big disappointment as it's rather flimsy. But, more importantly, the friction grip that you push into the cup hole never fully tightened so, as we drove down the road, the tray would vibrate and ultimately jiggle out of the cup holder. Not a good thing. 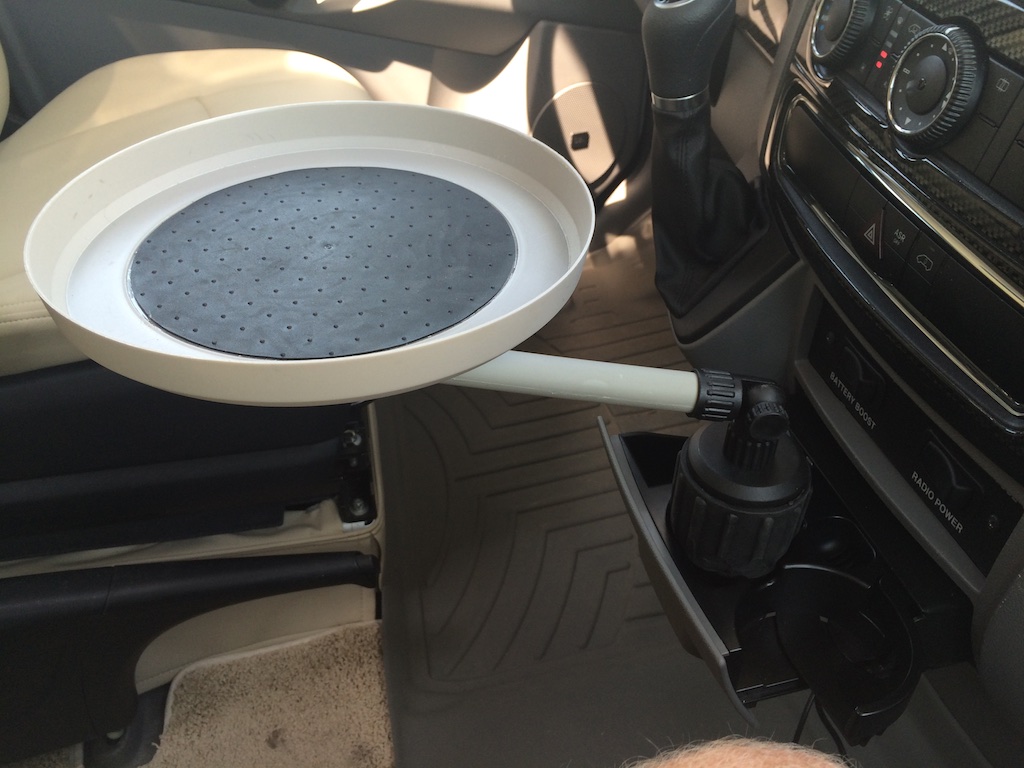 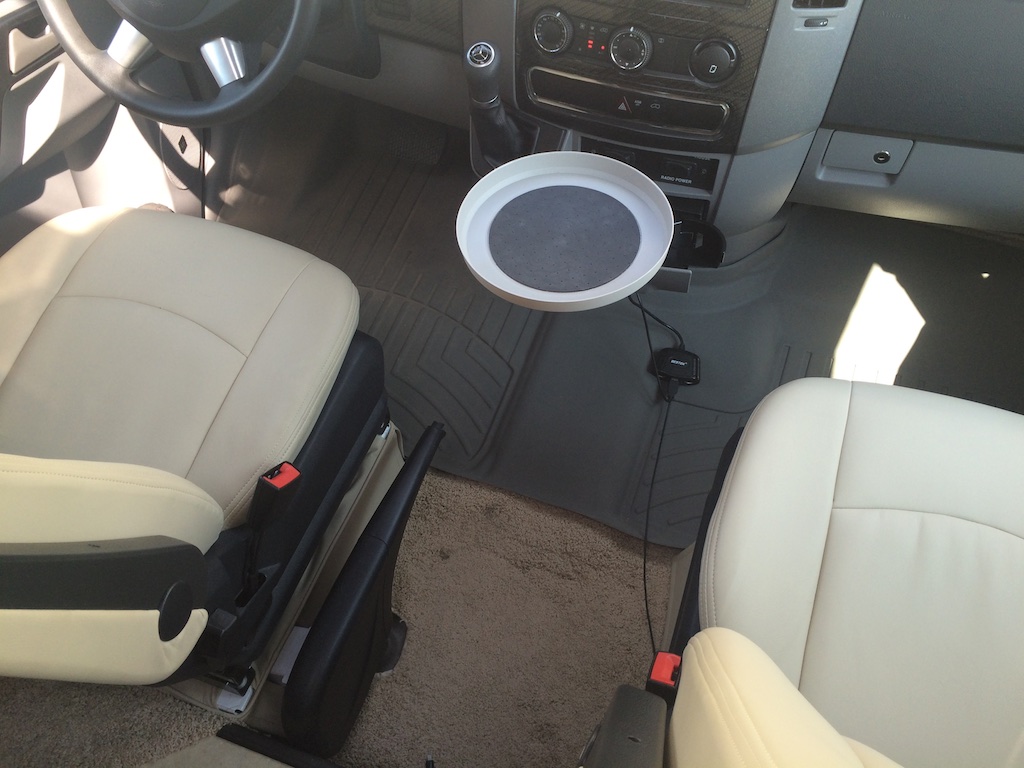 The smaller Travel Drink Tray, on the other hand, worked like a champ. It's slightly tapered cup holder anchor snugged in nicely and made the tray very secure and stable. The molded cup holder also worked well although it won't hold super-sized soft drink cups. While I wish the tray could be a little larger, the narrow size means that you can easily clear access to the front seats in the Navion's narrower cabin. 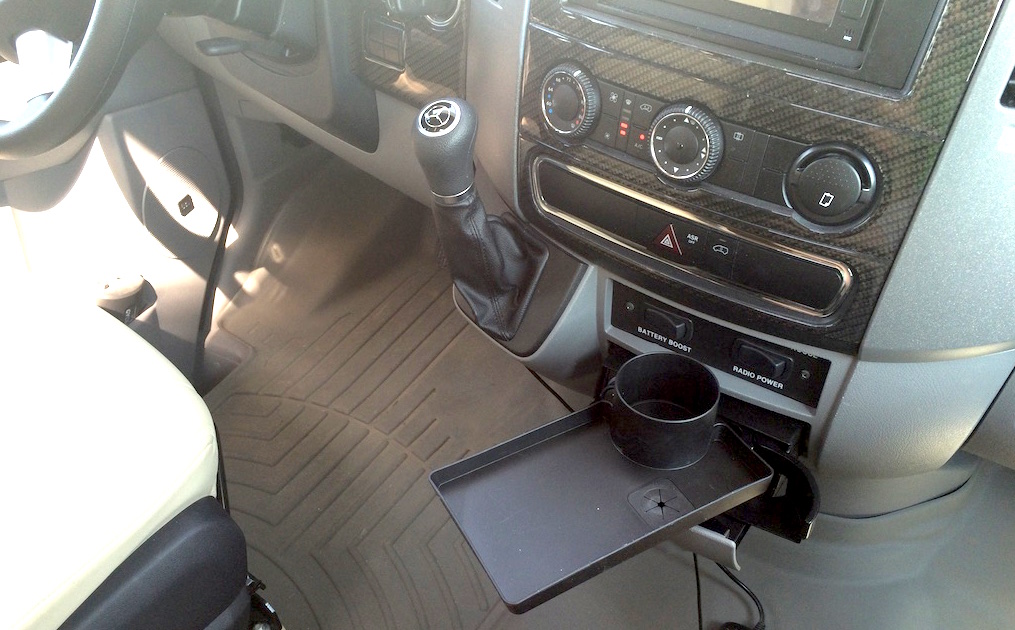 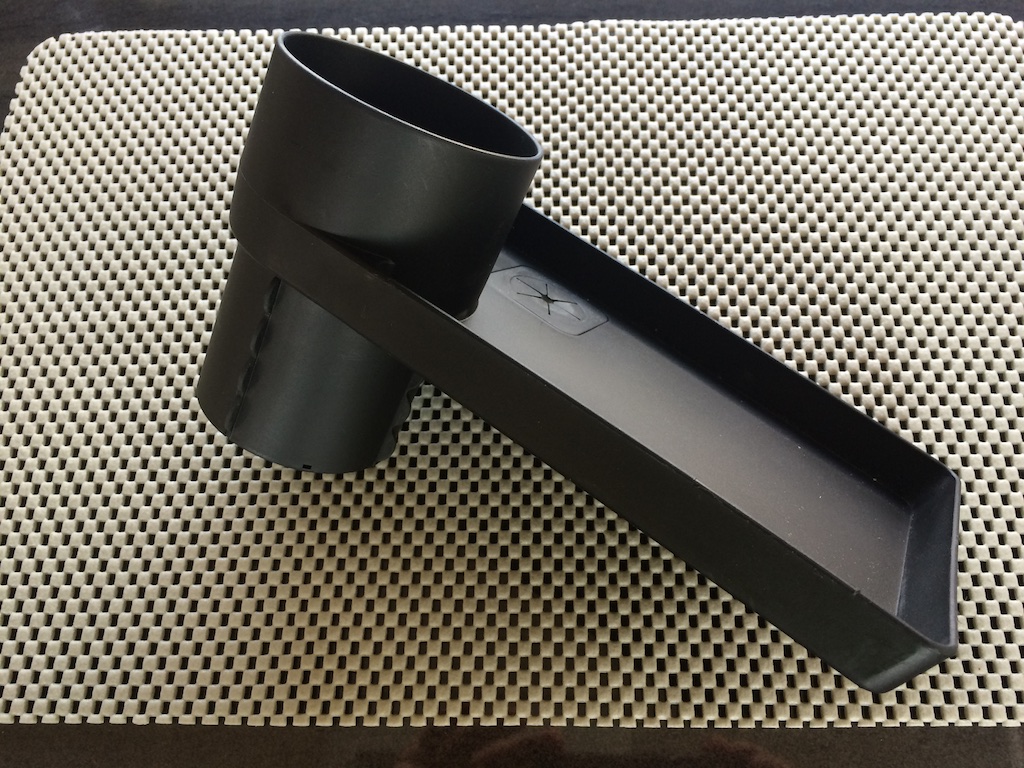