Go Gear: Music for your RV

Being of a certain age of majority I smile when I read of a millennial's account of their RV experience as if they were the first to discover fire. And now I find myself probably in a reverse generational position where anyone under 30 who's reading this will be saying, "Duh. Really? Doesn't everyone know that?"

And our topic today? Streaming music. My personal discography goes to early childhood with 45's and 78's (okay you under thirty readers, go look that up on Wikipedia). Ever the early adopter I rode the boomer music train from vinyl quadrophonic, to 8-track, cassette, and onward to the CD revolution. 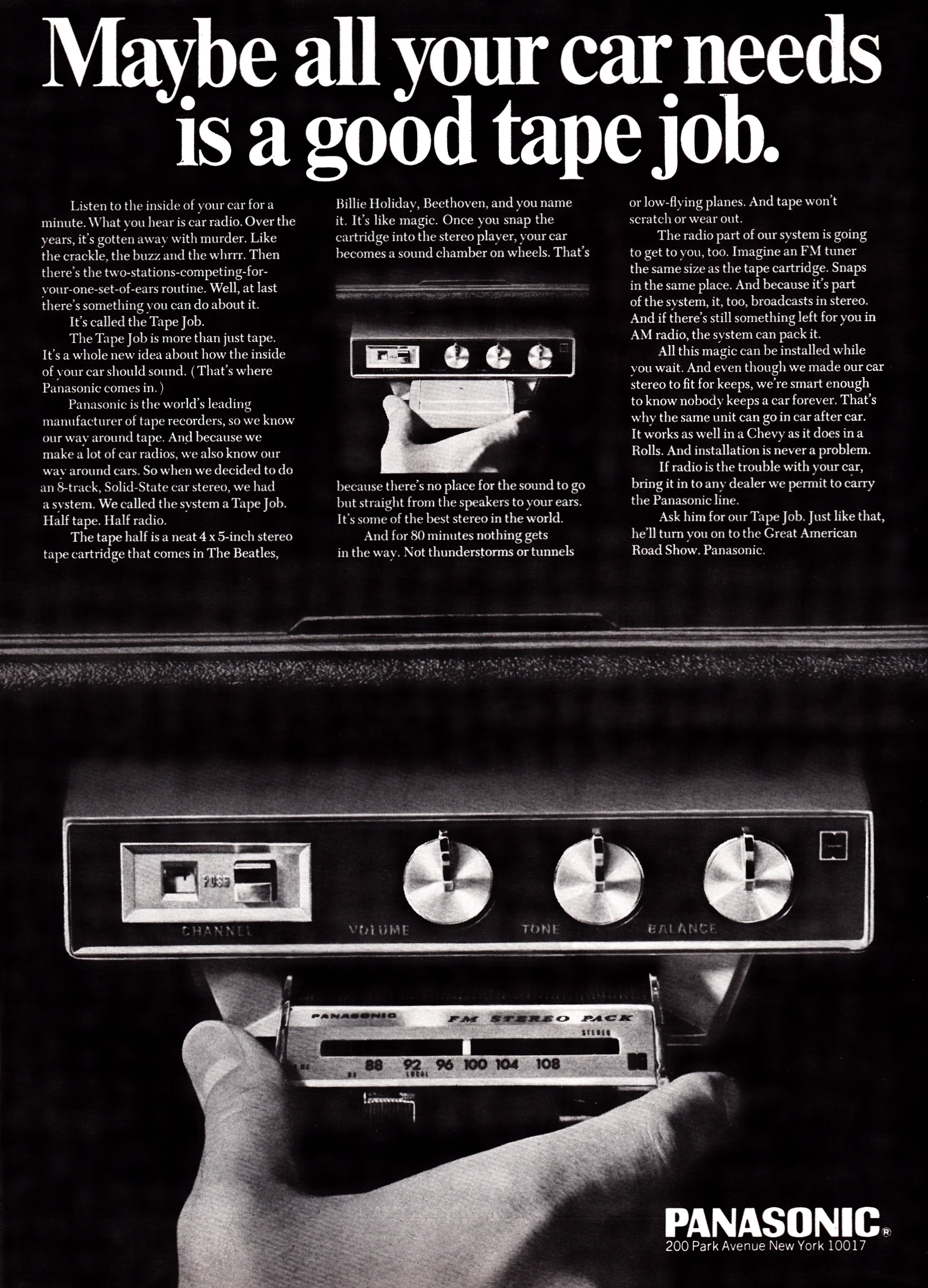 Shortly after the iPod was introduced, it took me a couple of weeks to rip my 300+ CD library into digital music files. The original discs, along with the long-retired vinyl, went to the thrift store and I never looked back.

My Columbia House membership (11 records for a buck!) lapsed as it became easier to simply preview, click and buy an album off of iTunes. Today my library consists of 660 albums that can play, unrepeated, for 119.7 days according to my iTunes display. But now, I'm not so sure I'm going to continue a half-century habit of buying music. 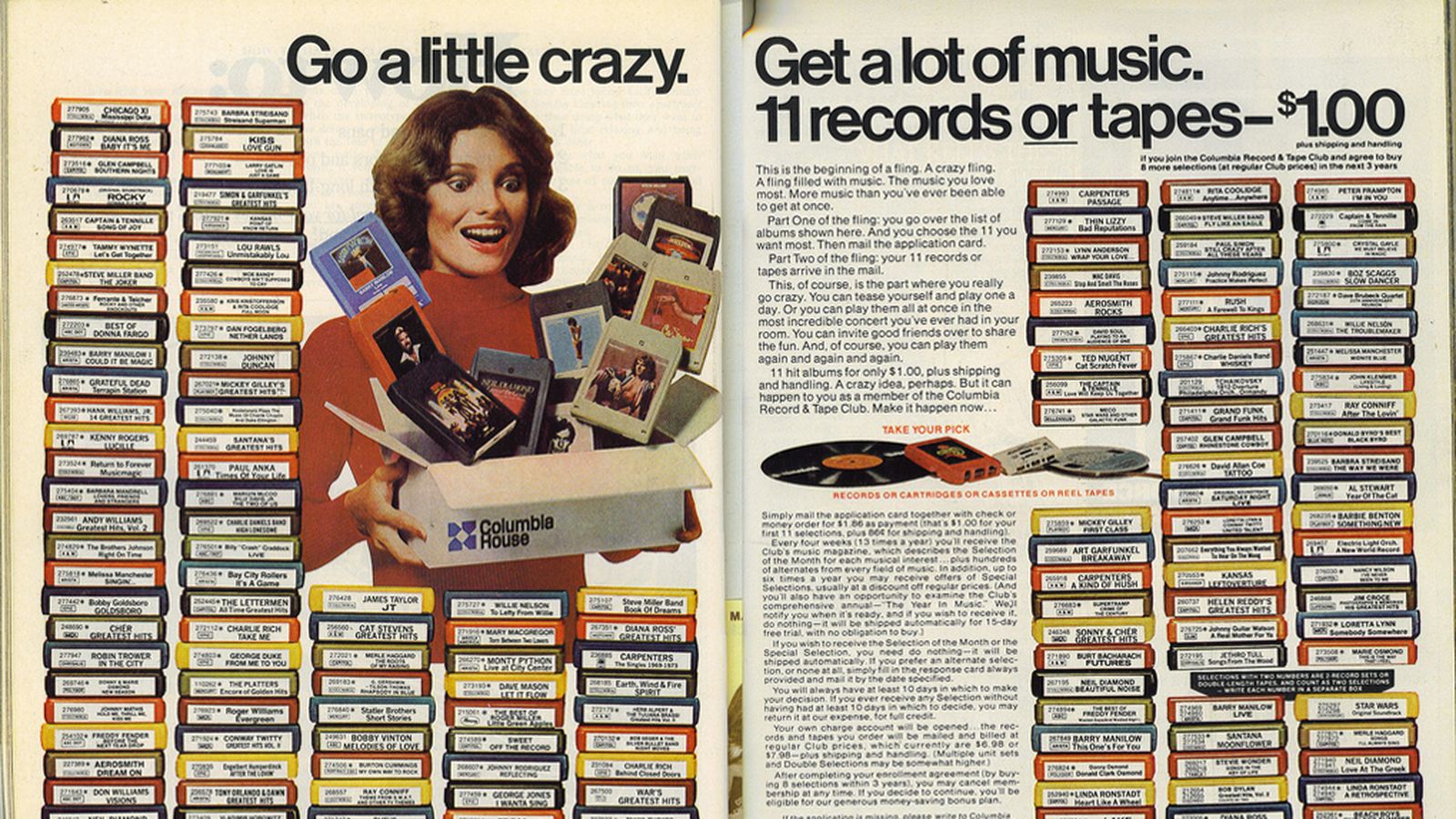 Streaming music is something lots of folks have gotten used to. Many radio stations stream their programming and there are other pure streaming services, most notably, Pandora that can stream music selections to your particular interests and taste. Now, higher up the music food chain there are paid subscription services like Apple Music and Spotify (along with others) that essentially offer up an all-you-can eat menu of music for a monthly subscription fee.

When Apple rudely pushed me into trying their service (by cutting off free music channels), I was sort of rankled that I would now have to pay-to-play. But as I poked around their service (and the competitors) I realized the seismic change in this particular model. In the case of many pay music services, for your monthly fee you can listen to ANY album, artist or song in their -- wait for it -- collection of 30 million songs. Even better, you can download any of those songs to play when you're not connected to the net. Of course if you stop your subscription, your rented music goes away.

Essentially, for the cost of buying a dozen albums a year you can listen to just about anything from an undiscovered indie singer/songwriter to the throat singers of Tuva. Hmmm. That's like getting an annual pass to Country Buffet (I'll have another slice of that prime rib with a side of a capella, please).

To see how these services compare here's a handy chart I found on The Verge's web site. If you use Apple devices, the decision is a slam dunk to go with their service (which also works on Android phones), but as you can see there's other good options too if you have non-Apple gear. 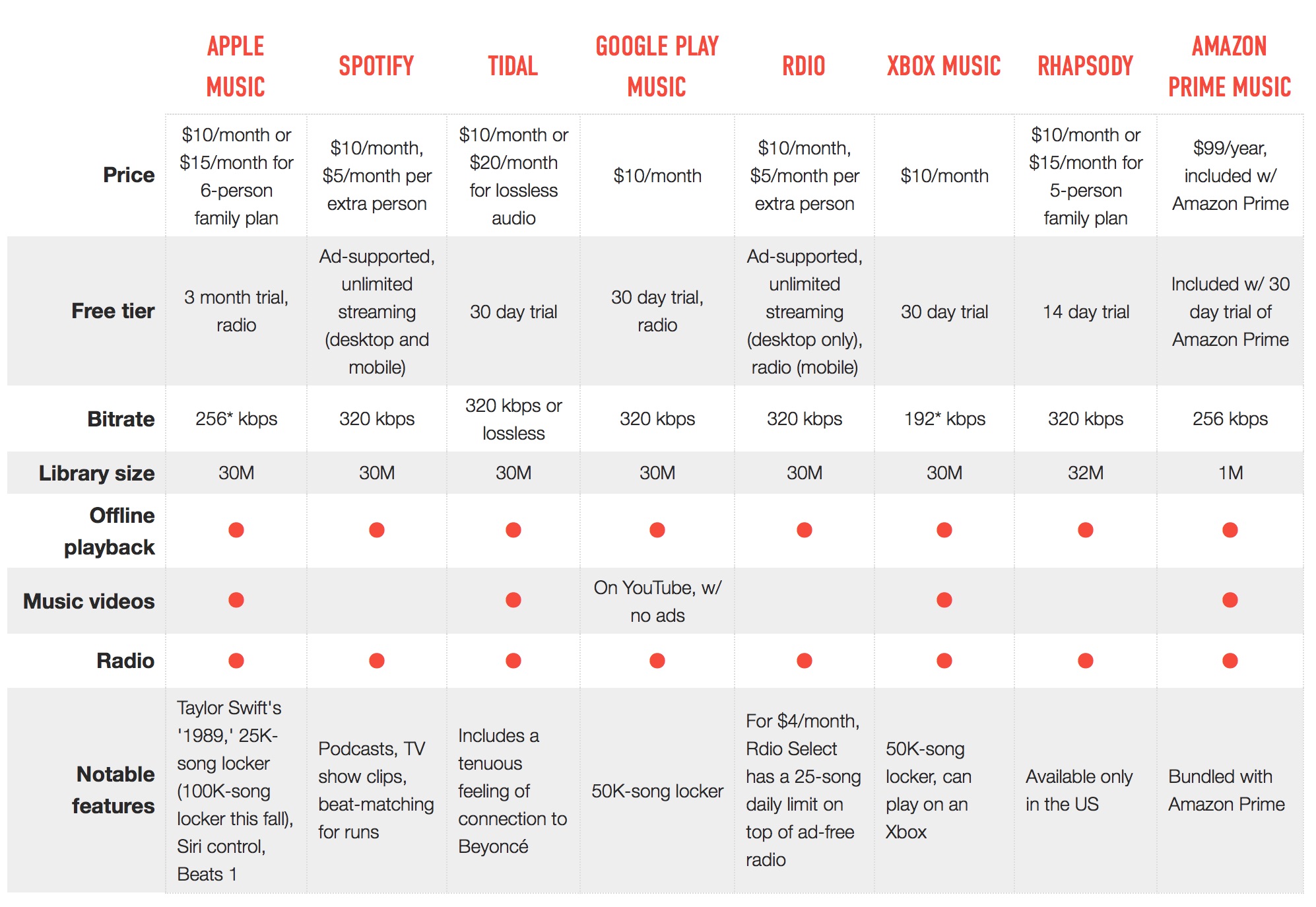 Now that we've had the quick explanation of streaming services, let's look specifically how you can add a lot more musicality to your RV life.

Many of us have Sirius XM (SXM) in our rigs. We do. And as we're traversing some of the least populated parts of North America, it's nice to have a choice of stations. For us, we mostly tune to news and information channels like NPR or CNN. We've also programmed a few music buttons for hits, classical and jazz (especially when you're on the second time around on the news cycle). The thing about SXM music is that it's pretty low fidelity. I read a posting on an on-line forum not too long ago where an owner was complaining about the poor music quality of the Winnebago in-dash infotainment system. He "proved" it was bad because when he plugged his iPhone in and played SXM's signal (streaming through wi-fi) and it sounded much better. It wasn't the gear (Winnebago's unit is much better engineered) - it was the highly compressed signal from the satellite. SXM sounds very good when streaming from a Wi-fi or cell signal, from the satellite - not so much.

Many in-dash audio and infotainment units allow you to connect devices such as iPods, smartphones and tablets by either a USB cable or wirelessly via Bluetooth (named after an ancient Danish king who was reputed to unite the region's tribes). That's a very good way to hear high quality music through your cab speakers.

Additionally, many of Winnebago's coaches also have separate built-in audio/video systems that also can be connected via USB or Bluetooth. On our Navion, we enjoy sending music through the exterior speakers when we're cooking out or having friends over.

There's a dizzying amount of portable Bluetooth speakers on the market. I've done a lot of shopping and comparing and the two that I voted for with my own money are the OontZ Angle 3 made by Cambridge Soundworks that's both tiny and mighty, and costs less than $30 dollars. This one is a true value leader. 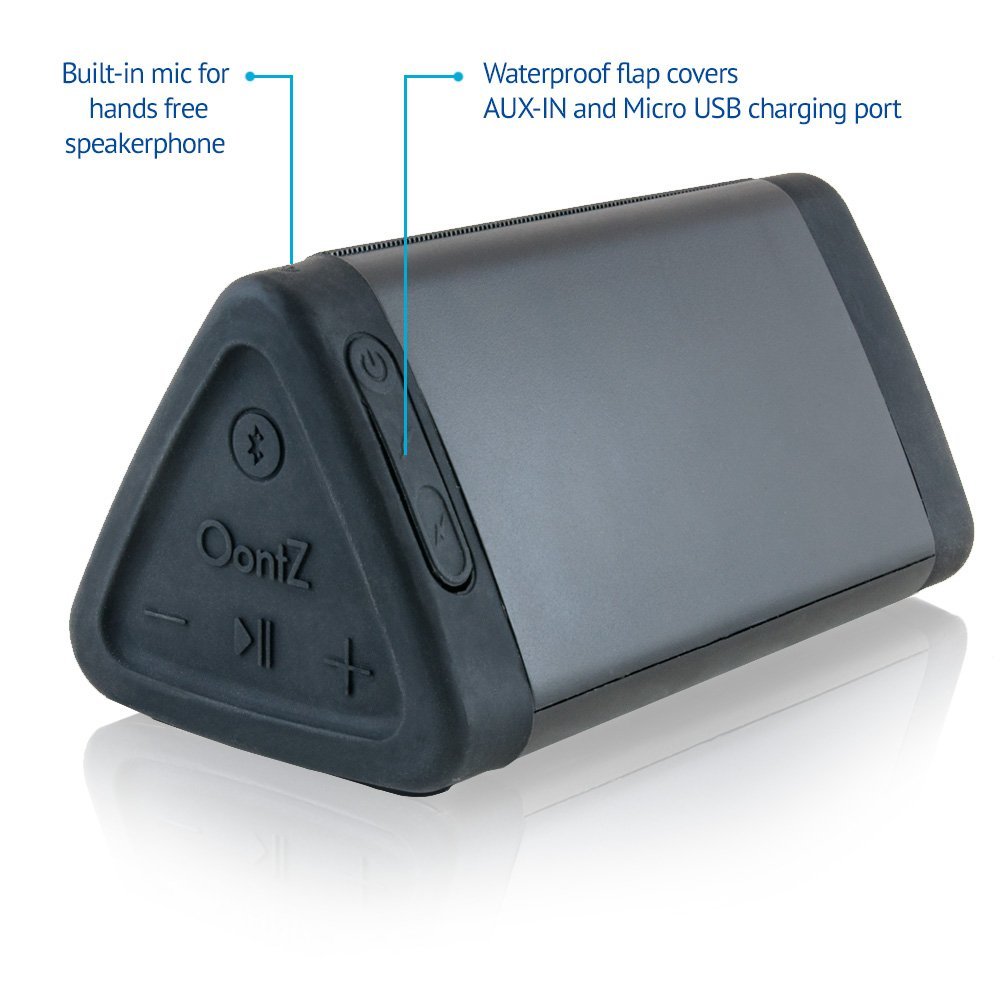 For a little more horsepower and the ability to charge external devices, like topping off your smartphone, I like my JBL Charge 2 which is twice the size of the Angle and tips the credit card scale at a hefty $130 dollars. 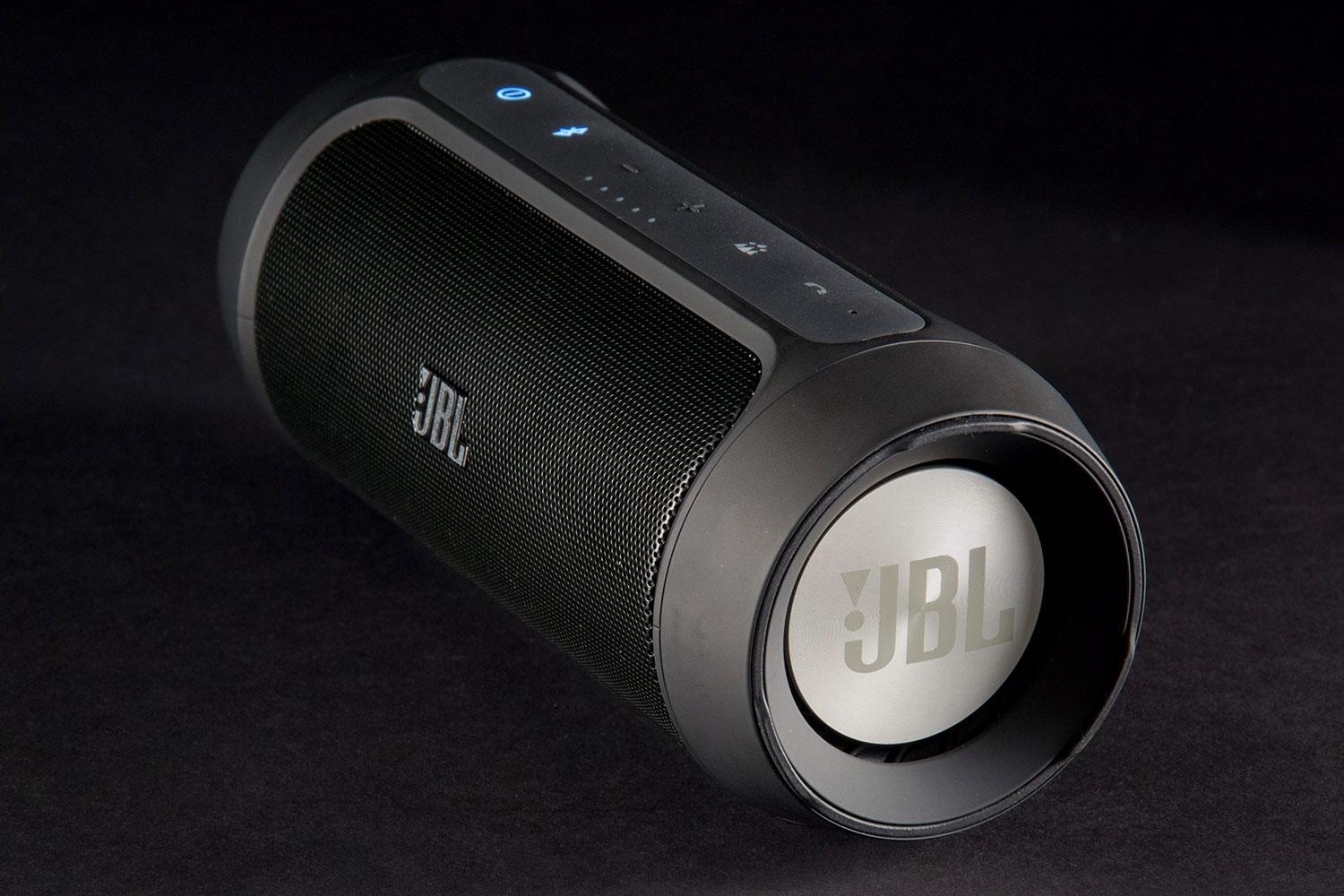 Finally, there's the consideration of how much data is consumed when either streaming or downloading. A real rough guide is to figure about 2MB a minute for streaming and roughly 5MB for a full song download. This is a lot less than video. If you're home (or full-timing with a higher bandwidth connection) music streaming/downloading is no big deal. However, if you're connecting through slow park wi-fi it may not be able to support a music stream which will lead to irritating stops and starts. Streaming songs over a cellular data network works just fine, but be advised that if you don't have a hefty data plan, you can suck your monthly allotment down pretty quickly, so be careful with that.

Let's say you're going camping for the weekend and won't be near a good wi-fi point or solid cell service. Plan ahead and, while you've got bandwidth, download the tunes you'd like to take along. And just like you can with music you own, you can create custom playlists of your "rented" music. So "Put another nickel in the nickelodeon," hit "The long and winding road," and go out and "Get your kicks on Route 66." Every great road trip deserves it's own soundtrack.

(Geezer trivia question: What popular singer was known for opening his TV show with "Dream along with me, I'm on my way to a star"?)